The Sims 4 Realm of Magic comes with two brand new Aspirations that your Spellcaster Sims can complete. The new aspirations can be found under the Knowledge and Nature categories when deciding which of the two aspirations your Sim would like to complete.

The first aspiration which falls under the Knowledge category is the Spellcraft & Sorcery Aspiration.

“This Sim craves a deep knowledge of the arcane magical arts” 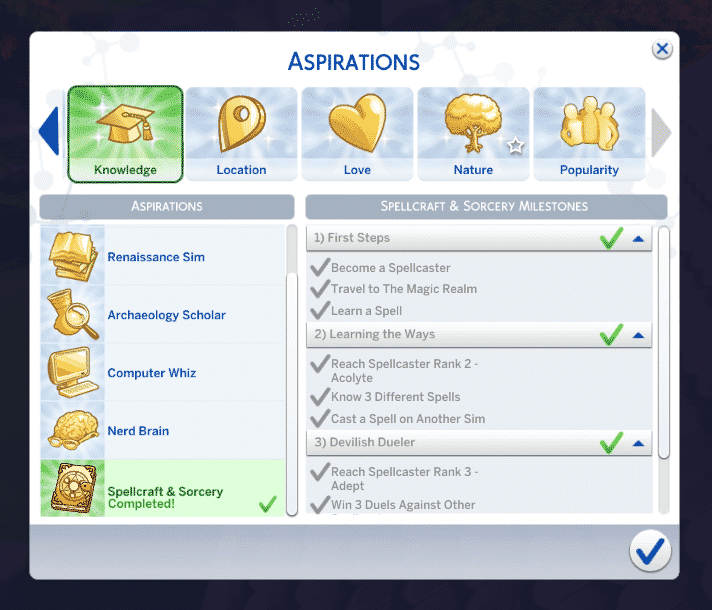 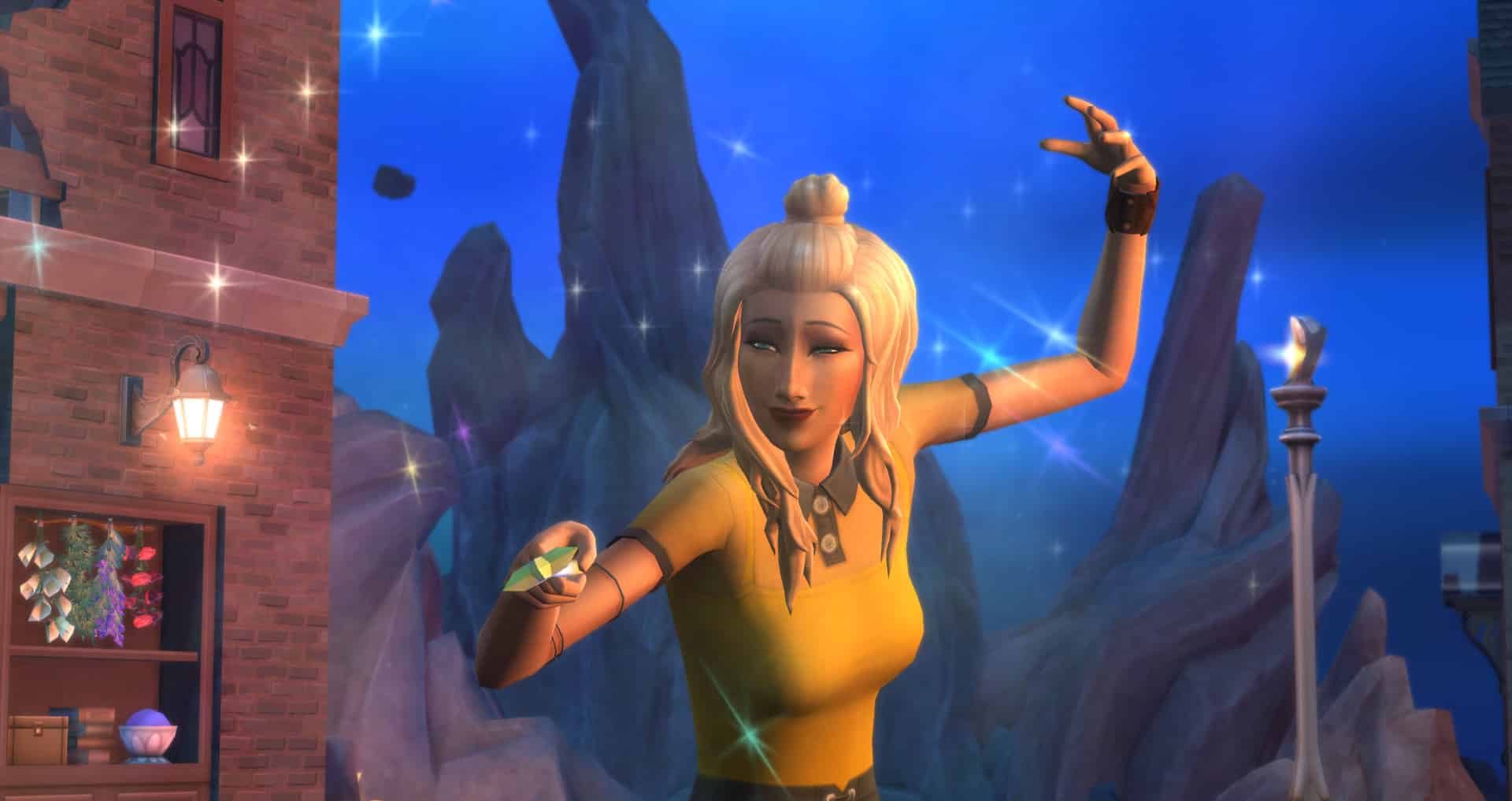 Upon completion of the Spellcraft & Sorcery Aspiration, your Sim will be awarded the Slinger of Spells Reward Trait.

“This Sim wants to learn every potion’s recipe and craft each one!”

The second aspiration that comes with The Sims 4 Realm of Magic is the Purveyor of Potions Aspiration. This aspiration can be found under the Nature category. 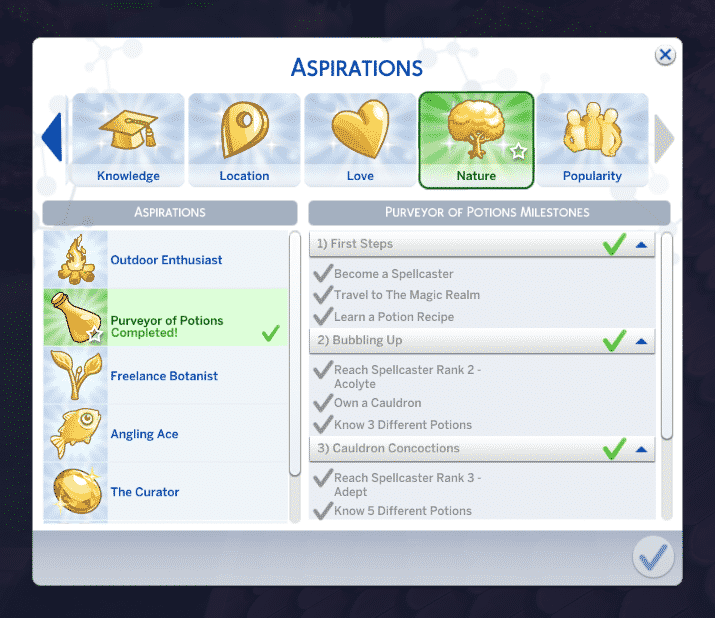 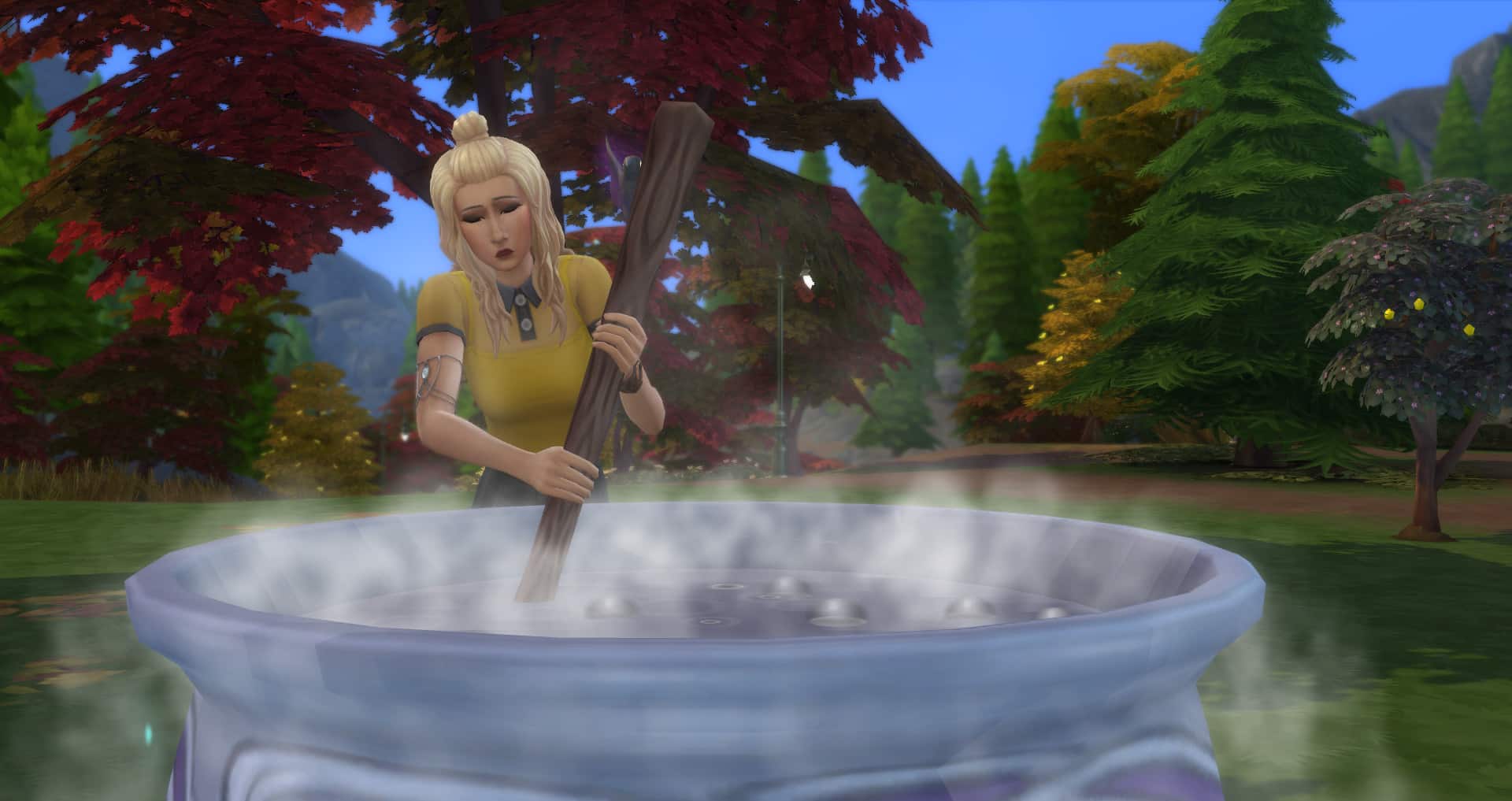 Upon completion of the Purveyor of Potions Aspiration, your Sim will be awarded the Master Mixer Reward Trait.

Both aspirations are a perfect starting point for both new and experienced Spellcasters in The Sims 4 Realm of Magic!