With a next-gen console that is Playstation 5 gaming enthusiast have been dying to know which games will be released to this console.

The Official PlayStation Magazine has released a brand new issue just a few days ago listing all of the games that are expected to come out for PS5. Among many confirmed video game titles The Sims 5 has also been mentioned for a PS5 release. The description for The Sims 5’s listing says:

A generation-spanning sequel could have online features, as EA has mentioned “social interaction and competition”. 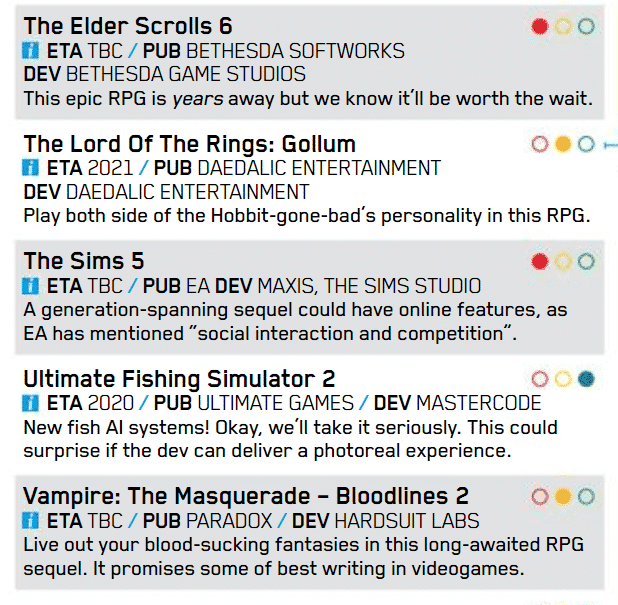 The listing has been marked with a red circle, meaning that the expected release date is 12+ months and could take much longer than that. This listing also seems to be heavily relying on the information that we posted a few months ago where EA’s CEO confirmed that the Next-Generation Sims Game is in the making.

Now, this doesn’t mean that the next-generation Sims game will be exclusive to Playstation 5 (because that would just be absurd). However it’s still interesting how The Sims 5 has been included in this list of upcoming PS5 games.

We’ll have to wait for the official announcement and find out what the game is all about, when’s it coming out and where can we play it. Until then, the developers are still saying that The Sims 4 will be getting regular new content for years to come!

For all The Sims 5-related information check out our TS5 Posts Tag!