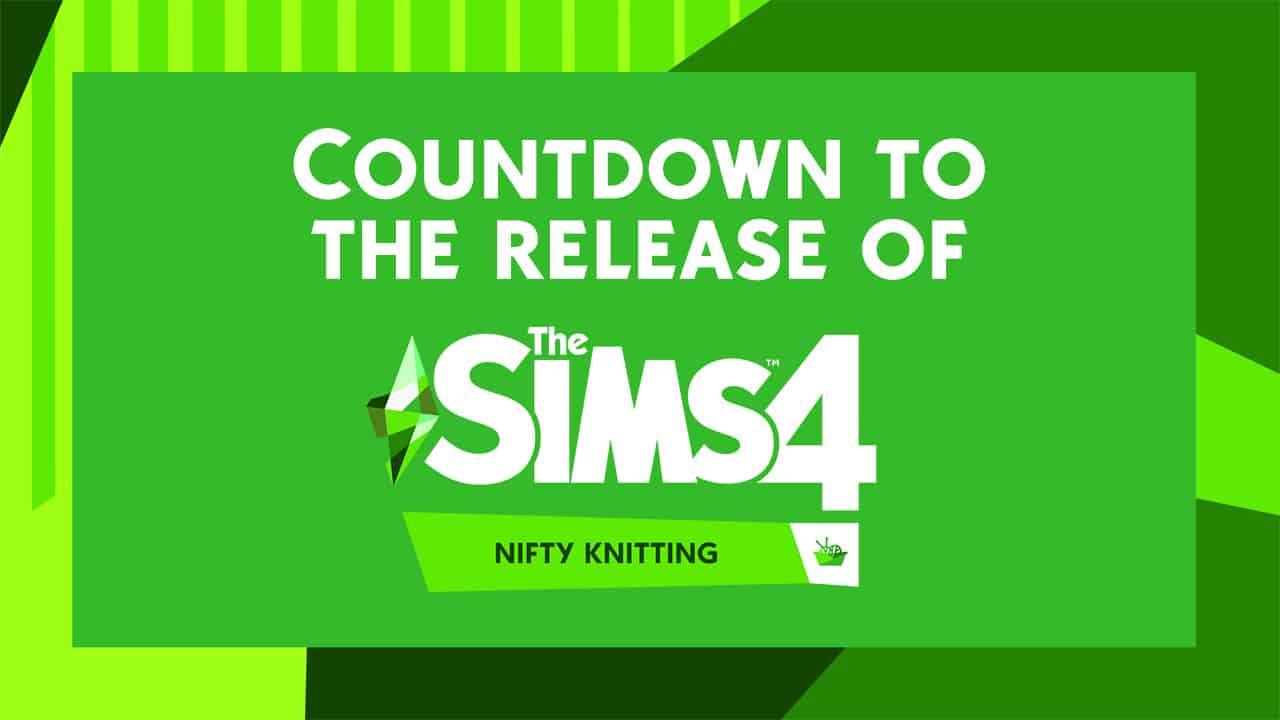 We’re just moments away until the release of a stuff pack that’s been community voted and in the works for months!

The Sims 4 Nifty Knitting Stuff Pack is set to release on July 28th, 2020 at 7PM CET on both PC and Consoles. Just like any other Stuff Pack this one will cost $9,99USD and you’ll be able to get it from the official stores.

To make things more simpler for you we’ve included a countdown to the release below. As soon as the counter turns to zero you should be able to get this Stuff Pack from Origin, Microsoft and Playstation Stores!

I’ll also be throwing a Launch Party for The Sims 4 Nifty Knitting so make sure you join me on Twitch as I count down to the final moments of the release of this Stuff Pack with you guys! The stream is set to begin 3 hours before the release of the pack.