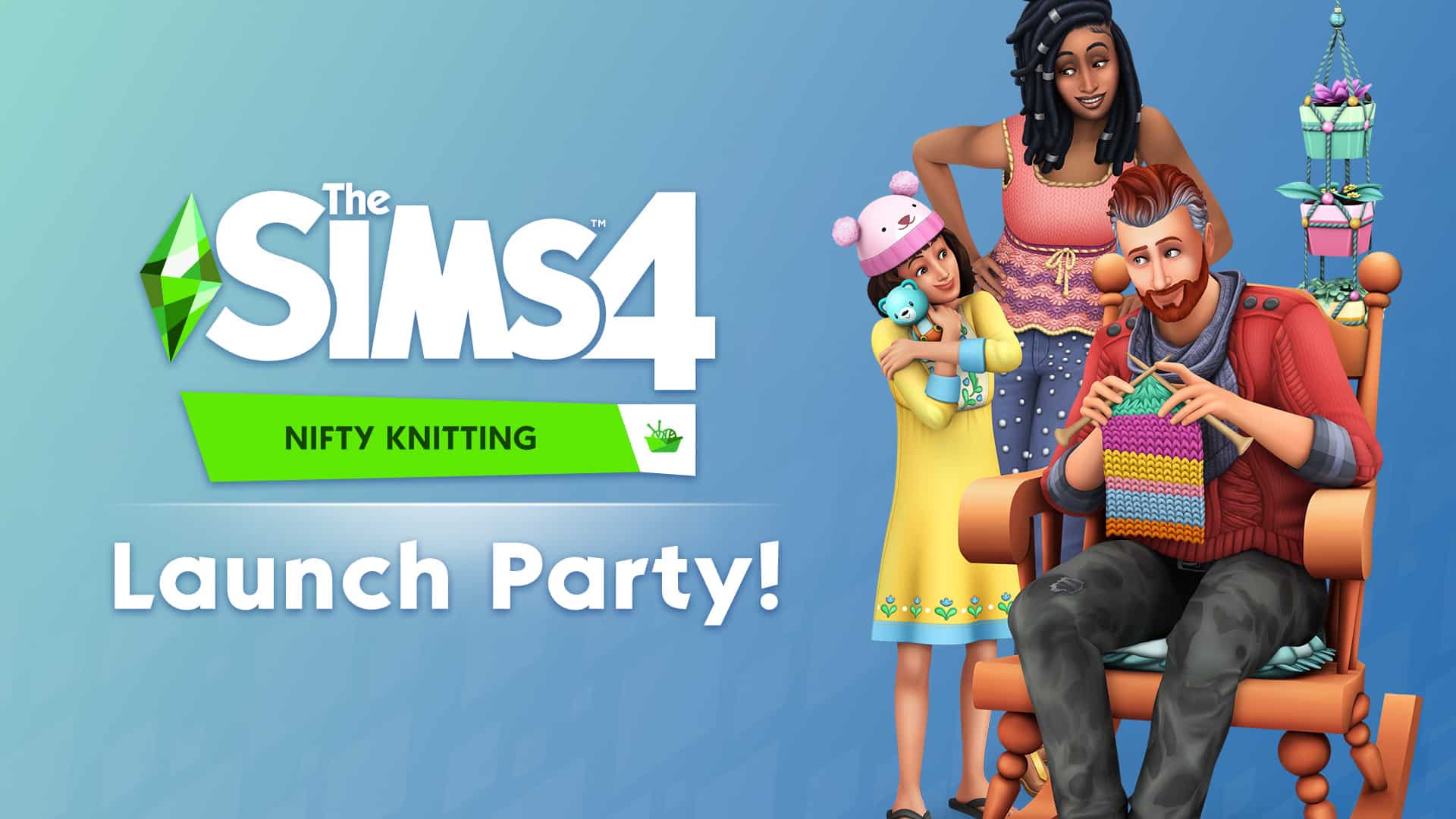 To celebrate the launch of The Sims 4 Nifty Knitting Stuff Pack on PC and Consoles I’ll be doing a special Launch Party Livestream over on Twitch!

The stream is set to begin at 4PM CET / 3PM BT / 7AM PT – 3 hours before the set release of the pack. The livestream will also feature a countdown to the pack’s release and I’ll also be having an open discussion about the future plans of Sims Community as well so make sure you stay tuned for the stream!