The Sims 4 Nifty Knitting adds two new gameplay objects to the game; a rocking chair and a knitting basket. The two go hand-in-hand but can also be enjoyed separately from each other. Both the new objects also come in a variety of styles and colour variants. 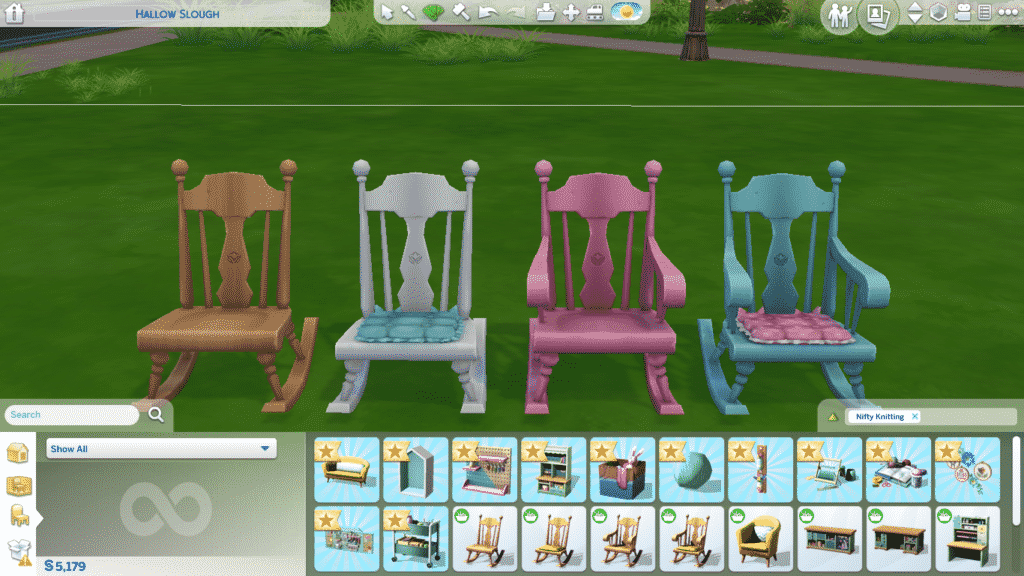 The rocking chair has four entries in the Build/Buy catalogue, two armless versions and two with arms. Both versions have padded and unpadded options. All the entries in the catalogue have a variety of colour variants as well. 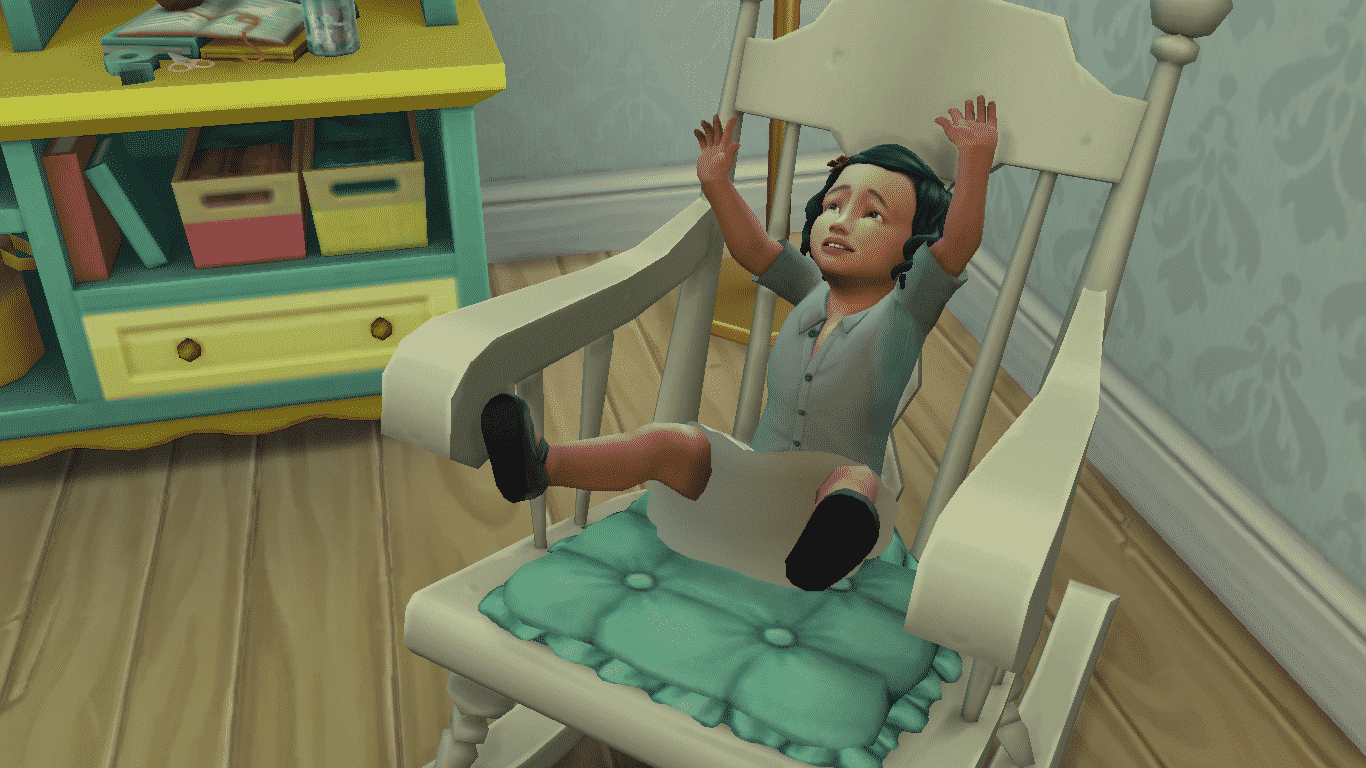 A toddler playing in the rocking chair 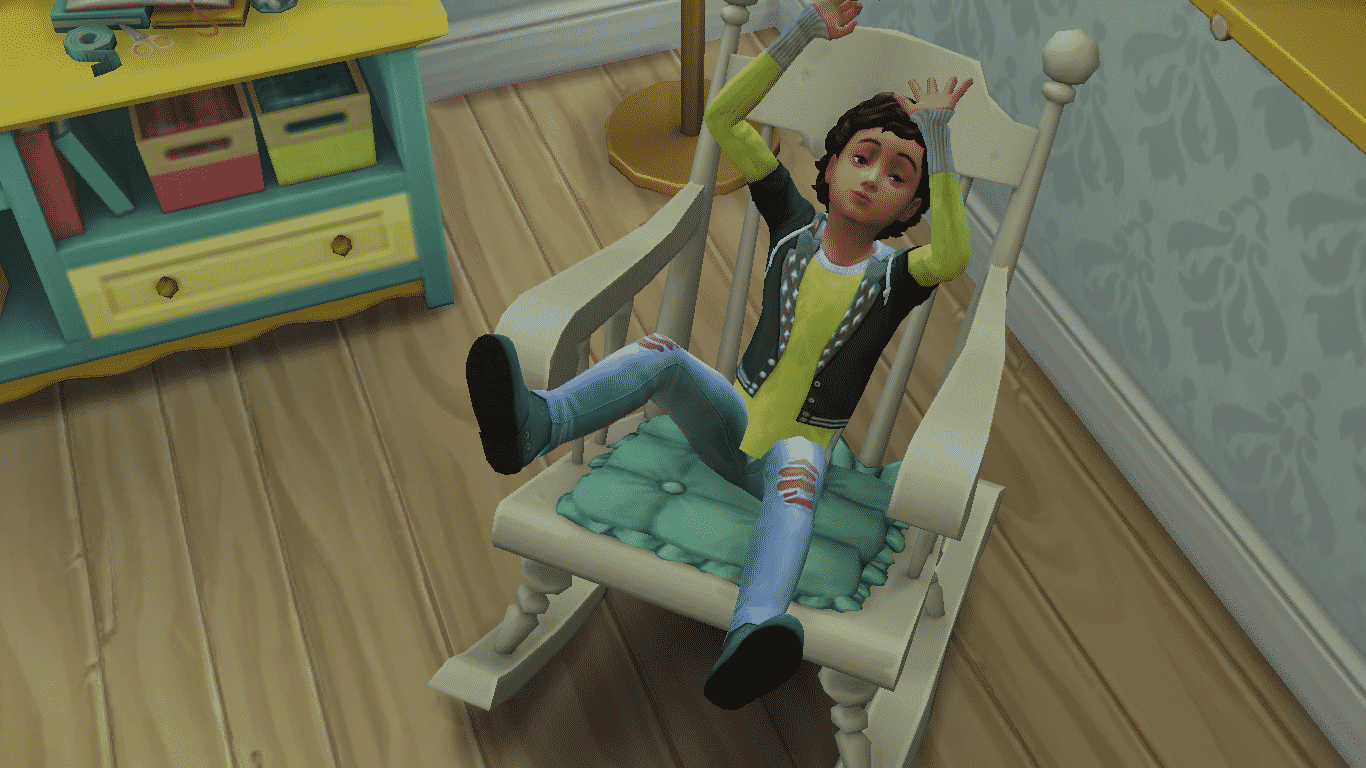 A child playing in the rocking chair 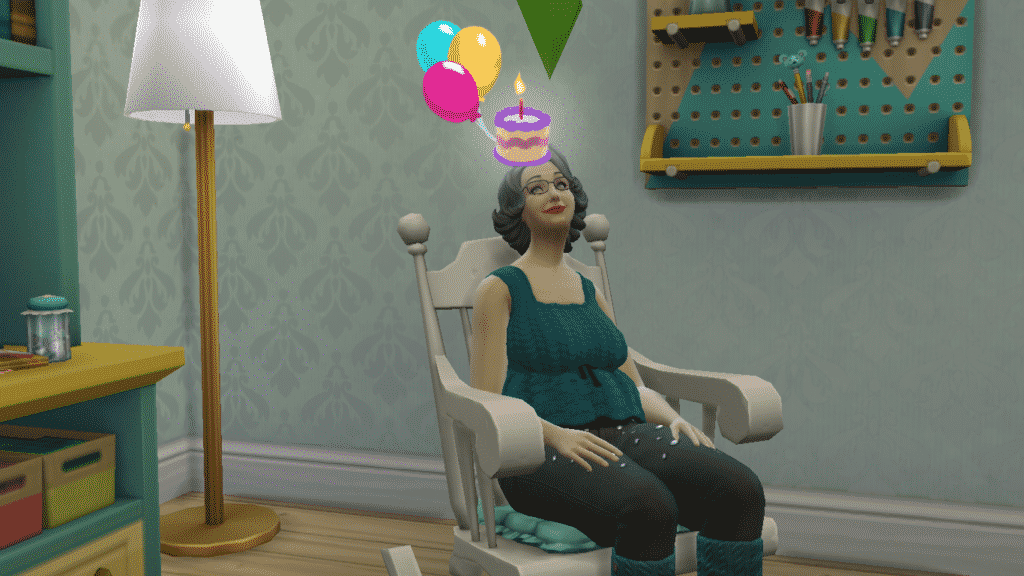 An elder reminiscing in a rocking chair 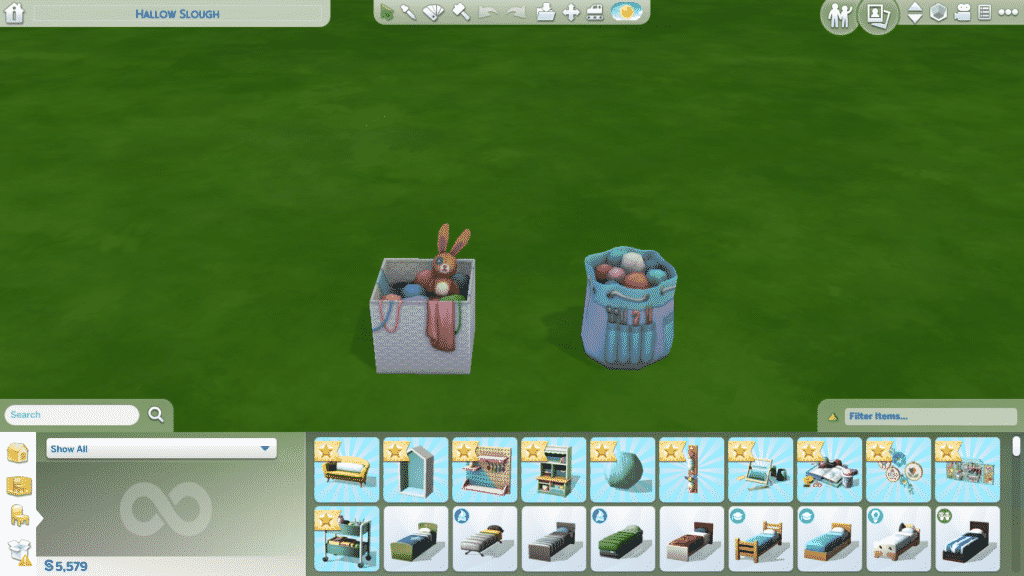 If your Sims want to knit anything, they’ll need a knitting basket. The knitting basket comes in two separate styles in the Build/Buy catalogue. Each style comes in a variety of colour variants.

Once in a Sim’s inventory, the knitting basket can be selected to knit a variety of objects and clothing pieces that Sims can use to decorate their homes, gift to other Sims, add to their closet (which will make the clothing piece accessible in CAS), donate to charity, or sell on Plopsy.

Clicking the rocking chair or any other seat with a knitting basket in a Sim’s inventory will also allow the Sim to sit down and knit in that spot.

What do you think of Nifty Knitting? Let us know in the comments or come chat with us on social media!