But it can be better!

A few months ago I wrote an article saying that The Sims 4 with All Packs is no longer a playable experience on PS4 and Xbox One. Okay, I might admit that the headline of this article may have been a little more dramatic than it should be, but for someone who’s been playing The Sims 4 on PC ever since release I couldn’t accept the fact that it takes more than 10 minutes just to jump into my game.

Some of the readers pointed out the fact that the way The Sims 4 is made just isn’t cut out for the build of the current-gen consoles PS4 and Xbox One, which are built using outdated Hard Disk Drives that contribute to very slow loading times, especially with all packs installed. There is a workaround to make The Sims 4 run a lot smoother on PS4 and Xbox One using external SSD drives which I’ll be talking about in my future article, but for now let’s see how The Sims 4 performs on next-gen consoles.

For this comparison article I’ve tested out The Sims 4 (PS4 version) with almost all Packs installed on my PS5 however the results should be the same for players who own an Xbox Series X. 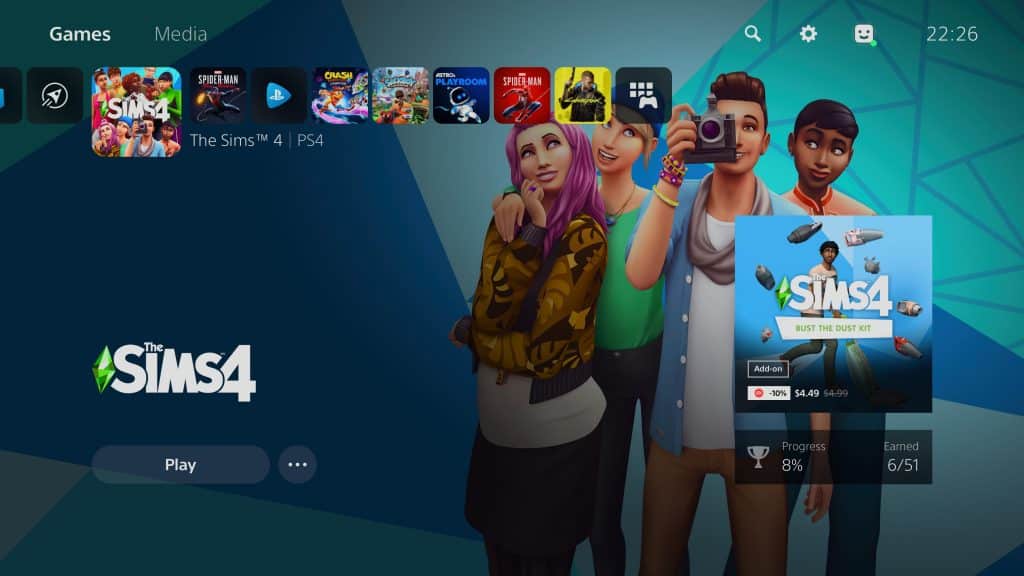 I’ve managed to boot up The Sims 4 to the Main Menu from the splash screen in about 50 seconds. This might not sound like an ambitious number but it took me 4 minutes to get to the Main Menu when I was playing The Sims 4 with the same Packs on my PS4 Pro. Hard Disk Drives – they’re a real pain when you’re trying to run The Sims 4 with multiple packs and that reflected on the loading times of my previous console. 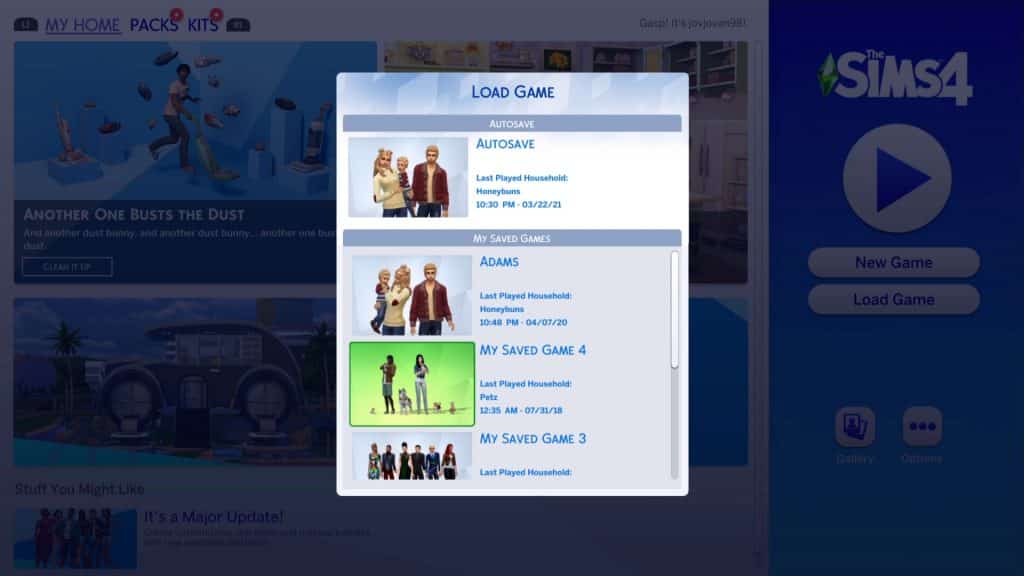 To further test out how well The Sims 4 runs I’ve booted up one of the heaviest Save Games I have on my Console which includes two Sims and 6 Pets. To get from the Main Menu to Live Mode it took me about 40 seconds if you exclude the time I’ve spent in the Manage Worlds screen. This cannot even compare to the loading times I had on my PS4 Pro which lasted 6 minutes to jump into Live Mode!

In conclusion, when it comes to the full loading process from the console’s splash screen to Live Mode it takes approximately a minute and a half to get into your favorite household. It truly feels like a solid, smooth experience even after because there are no lags or waiting for all of the object assets to load up after you’re in Live Mode, which was always the case on my PS4 Pro. 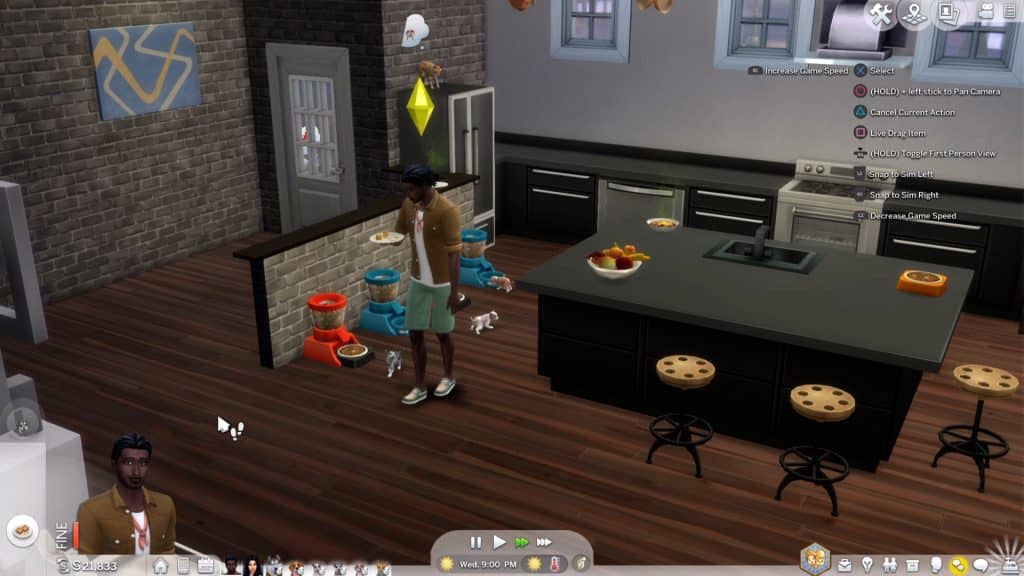 It’s of course guaranteed that these loading times may not exactly reflect on your next-gen consoles and that there are a few variables in seconds, but it just can’t compare to the struggle I’ve experienced before, which was waiting 10 minutes to jump into the game.

I later tested out some other things like jumping into Build Mode and travelling to a different Neighborhood and it all felt like a smooth experience that you’d want when playing The Sims 4.

I’ve even tested out how long does it take to place a build from The Gallery onto an empty lot. On PS4 Pro this experience took me more than a minute to finally place the lot down, with lots that aren’t even that heavy in objects. I was able to place down a full blown mansion on the PS5 in less than 30 seconds, with almost constant 60 frames-per-second after placing it down. 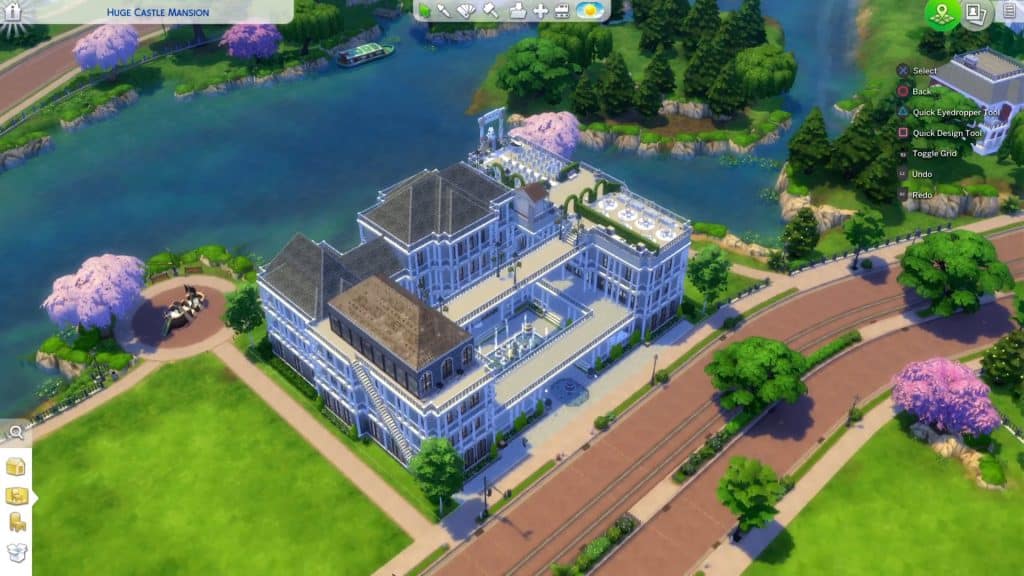 You can check out the full 9 minute video of me testing out the game on Playstation 5 down below:

So, how can it be better?

For starters The Sims 4 on next-generation consoles isn’t exactly fully updated and optimized to reach the full potential. The Sims 4 on PS5 will still be treated as a “PS4 version” – with the difference only being mostly in loading times, textures and minor graphic setting improvements that very much resemble the graphics on PC with high/ultra settings.

Assuming that The Sims Team plans to put out PS5 / Xbox Series X versions of the game they’d have to consider fully embracing the console’s next gen SSDs and graphics. This would include completely getting rid of the loading screen bars and just relying on the spinning plumbob with just seconds of loading screen times that you’d encounter on higher-end PC builds. That plus an update on the resolution of the game as it can currently run only up to 1080p.

These are just little details that could overall improve a smooth, steady experience that’s already there on next-gen consoles.