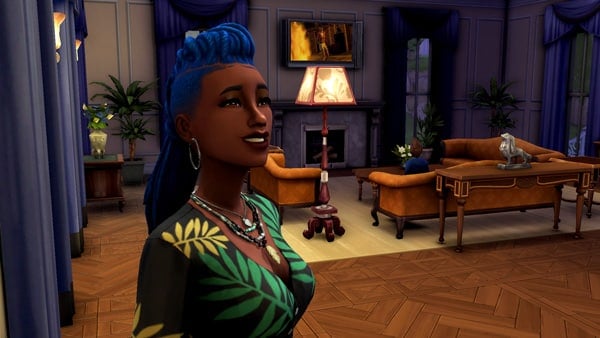 It’s been a long time since I’ve done a Day in the Life segment for Sims Community but the time felt right to bring them back! Today, we’ll be following Piper on a typical day (or night, rather) working in the thrilling field of paranormal investigation! It’s about to get spooky up in here!

Sims Community brings you a day in the life of a Paranormal Investigator! 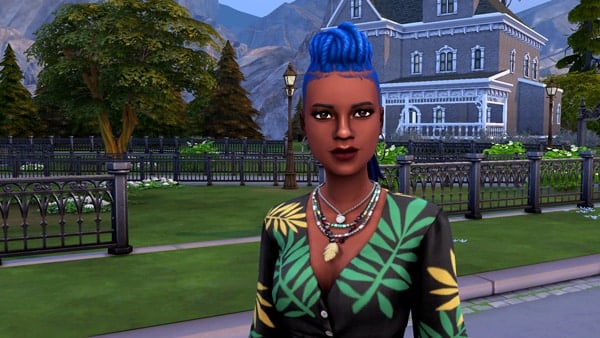 Piper has been fascinated with things that go bump in the night ever since she was a child sneaking downstairs to watch horror movies late at night after her parents went to bed. She’s been working in the field of paranormal investigation for a few years now and has established herself as a skilled and reliable medium. There’s no ghost problem too big for Piper to handle and she’s scheduled for what seems like a challenging one later tonight. 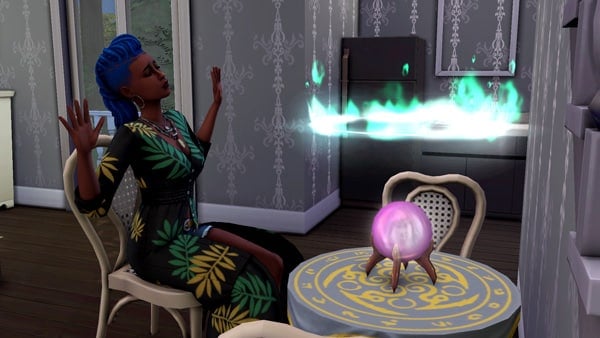 To prepare for her gig and keep her skills sharp, Piper does some communing with the dead at her own personal séance table. One reason why she’s so comfortable around the paranormal is because her own house is haunted! That’s how she got it so cheap. Well, that and the neighbours are a bit… toothy. It was the perfect place for Piper to put down roots. 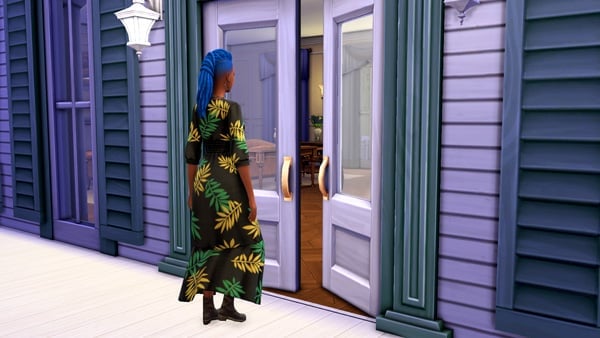 She arrives at her gig at exactly 9:30pm that night. The door eerily creaks open despite no one being on the other side. Oh yeah. This house is haunted. Piper can feel the bad mojo in the air. No wonder the inhabitants of the home had sounded so panicked on the phone with her. Piper can handle it, though. By the end of the night, this place will be a boring run-of-the-mill suburban family home again. 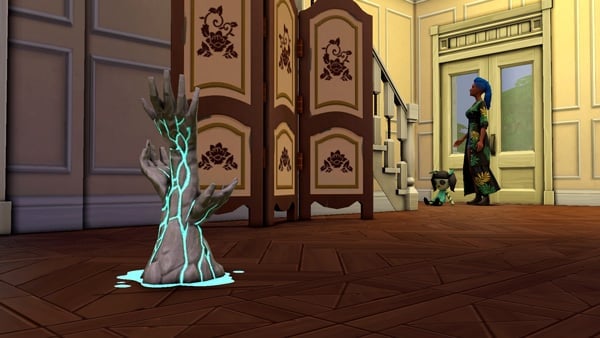 She can see the problem as soon as she walks in. The entire home is littered with cursed objects. Demonic dolls, gnarled hands coming up out of the floor, mysterious glowing symbols on the floor, you name it. Piper shakes her head in disbelief. Sheesh, didn’t these people know they have to get rid of these things? Of course the paranormal activity is going to get worse if they just let this stuff pile up! Amateurs…

Oh well. That’s why they called in a professional, after all. It’s time for Piper to get to work. 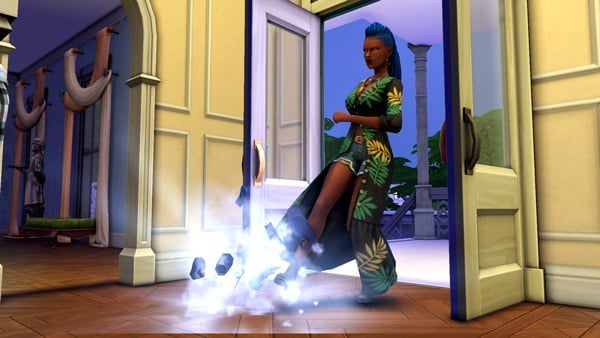 She starts by destroying all the cursed objects she can find in and around the house. There are a lot. The residents of the home tell her they wanted to get rid of them but they were too scared to go near them and the problem just got worse and worse. Good thing Piper has the Brave trait. With all her years of experience dealing with scary situations, not much scares her anymore. 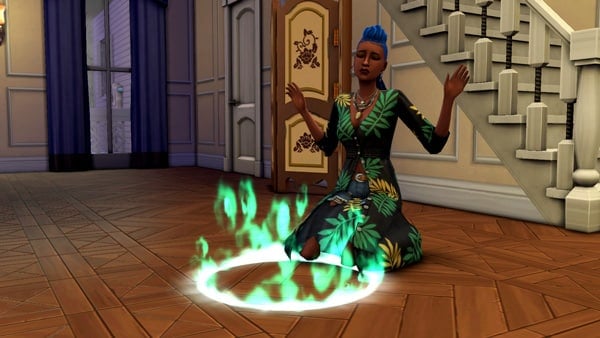 But that doesn’t mean some gigs aren’t still a challenge. It soon becomes clear to Piper that this house’s ghost problem is much worse than she thought. Many homes can be cleansed just by getting rid of all the cursed objects in the home but every time Piper destroys one cursed object, two more pop up elsewhere on the property. This calls for more drastic measures.

She takes out her trusty chalk and draws a séance circle on the ground. This place needs a spiritual ceremony and fast! If she doesn’t hurry, this level of chaos is sure to attract Temperance, the one evil entity no one wants in their home. She can keep Temperance away if she works fast, though.

It takes a lot of time and energy but Piper manages the complete the ceremony without being interrupted. She can tell the ceremony worked immediately. The cursed objects are gone and the energy of the home feels lighter. This house is officially exorcised!

The home’s residents are delighted with Piper’s work. They thought they were going to have to move; calling Piper had been their last resort before just packing everything up and leaving. Now they can enjoy their family home for many years to come and if they ever have another haunting, they know who to call.

Piper calls her agency to let them know the house was no longer haunted. They’re overjoyed; apparently a few other rookie investigators had run out of the place screaming. They send Piper her payment and a few other goodies that Piper is much more interested in than simoleons.

As an avid paranormal enthusiast, Piper loves to collect more benign versions of some of the creepy crawly things she discovers on the job. This adorable Hello Dahlia doll and impressive hand sculpture will look lovely displayed on her desk at home and the deceptively friendly vines will feel right at home in her yard amongst the rest of Forgotten Hollow’s gnarled foliage.

And that is a day in the life of a Paranormal Investigator! Until next time! Dag-Dag!

Do you like our Day in the Life segments? Let us know in the comments or come chat with us on social media!