We are just a few days away until the release of The Sims 4 Cottage Living Expansion Pack on PC, Mac, Xbox and Playstation!

This Pack has a different release schedule compared to the releases of previous Expansion Packs. Unlike previous EPs which had a staggered release for multiple regions and territories, this Pack will have a single release time for all regions and all platforms!

The Pack is set to release on July 22nd at 10AM Pacific Time for PC and Consoles. To be precise, that’s when you’ll be able to get the Pack immediately from the official stores such as Origin, Steam, Microsoft Store and Playstation Store.

Since we know that time zones can get confusing we’ve included a countdown timer down below that counts exactly to the moment of Cottage Living’s release. As soon as the timer turns zero you’ll be able to download and play the pack!

We also have some amazing coverage for The Sims 4 Cottage Living underway – keep checking the Cottage Living Articles for exclusive information, articles and guides on the pack!

You can also join in the countdown hype and celebrate the pack with the community on our Sims Community Discord! 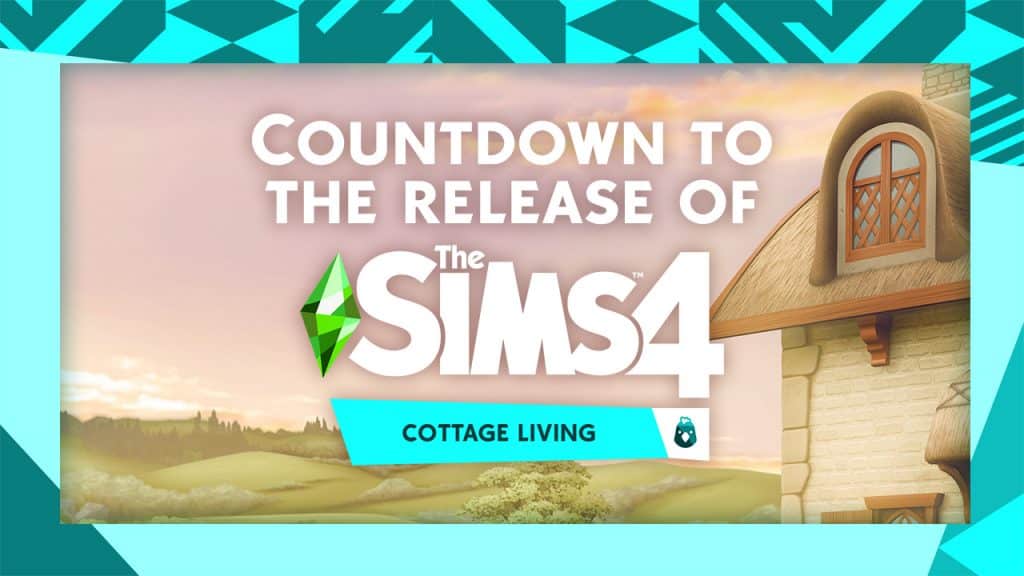