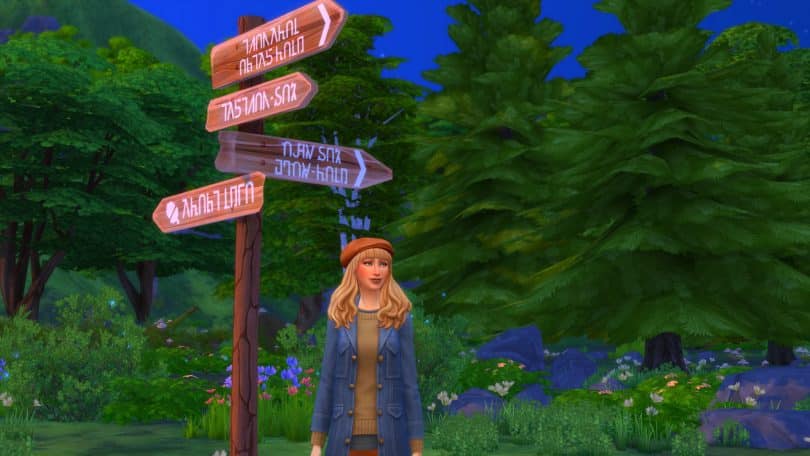 I wanted to do a post that was a little different from the normal posts I do here on Sims Community. In fact, I think this is the first time I’ve ever done a post like this. I guess you could say I’m excited yet a little nervous about this one, but in a good way.

This is by no means a review. This is my own thoughts about my experience so far with The Sims 4 Cottage Living expansion pack.

When I first saw the teaser postcards for The Sims 4 Cottage Living, I was initially excited that we were getting a new pack. A pack that looked to be based upon the English Countryside. Even though The Sims 4 Dream Home Decorator had just been released, I was very excited about the next pack. To be honest, I’m always excited. 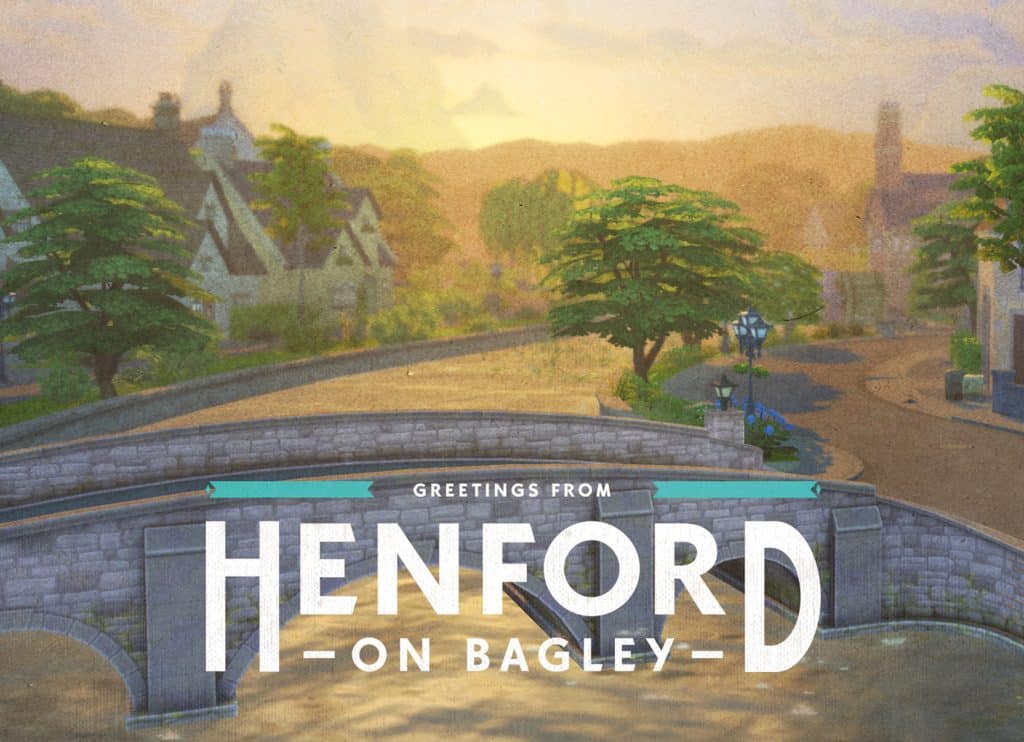 Filled with questions, like many, I was eager to see the reveal trailer shortly after. I luckily managed to catch the trailer while I was at work, and I could not contain my excitement. Even though I had glanced at it quickly during the premiere, I watched it a few more times once I was home to try and catch all the smaller details I had missed, and I did miss a lot of the smaller details.

The wait in between the trailer first being revealed to the packs released felt like forever. As I was playing my current save, I kept thinking of how I wanted cottages to look, how I was going to go about making my own farm, what parts of the pack I wanted to explore first and so much more.

What I loved about the build up to Cottage Living’s release was how excited and hyped the community was. So many people were creating adorable cottages and farm builds ready for their games, and just the general atmosphere was brilliant! 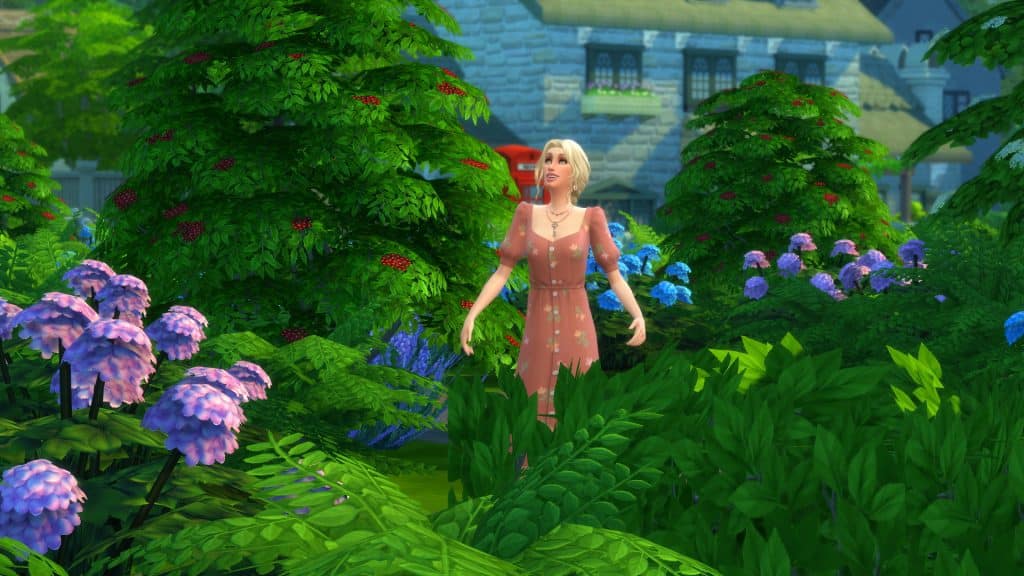 Now that the pack was here, I jumped straight into working on content for the site. Once I was done, I moved over to exploring the pack in a more chilled out way and just going with the flow of the game. Seeing where it took me and just playing through the pack like I would normally.

I will tell you now, despite having one or two issues with mods that I forgot to update, I have been having so much fun. I’ve taken so many screenshots, dived deeper into gameplay than I have for such a long time, I’m in the process of creating a new family to move to Henford-on-Bagley and creating a farm on one of the empty lots. Having the options to now own chickens, cows and llamas as well as interacting with other wildlife throughout the world alongside being able to have Cats & Dogs has been amazing. Yes, it would be great to have had horses as part of this pack, but I’m hopeful we’ll see them added in future content in some way. They were one thing in The Sims 3 that I never really explored in great detail, but I guess we will have to wait and see what happens.

So far, I haven’t found anything majorly negative that has impacted my experience with The Sims 4 Cottage Living. Yes, I’ve experienced a few minor bugs and glitches, but I’ve done my best to work around it until they are fixed. 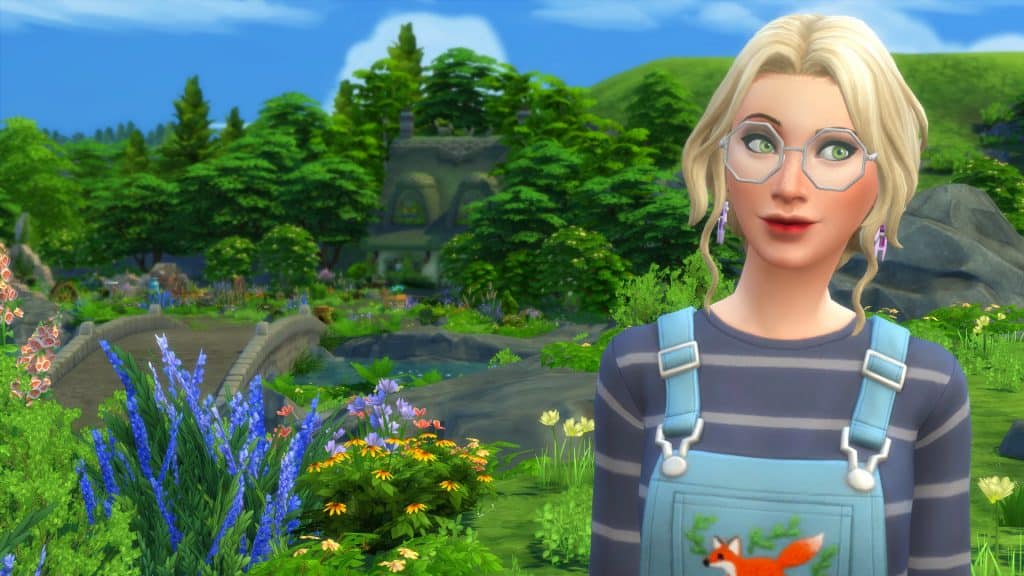 I spend a lot of time building in The Sims. It’s something I’ve always done, and experimenting and mixing different packs together to make the perfect cottage for my Sims has been fun. For example, I didn’t think about using Cottage Living alongside Get Together or Cats & Dogs initially until I started playing around with different ideas. Likewise with Create A Sim, I’ve been creating so many different outfits for all of my Sims just using Cottage Living on its own and mixing it up with other packs.

For myself and my play style, I can definitely see myself exploring and playing in Henford-on-Bagley for some time. Honestly, the whole world is beautiful! I’ve got a number of ideas on how I want my story to play out, and I can’t wait to take those ideas and replicate them in game! Just don’t get me started on the number of builds I would like to try and do as well.

For now, if you need me, I’ll be trying to see if it is possible to do the 100 Chicken Challenge!

Let us know what you think of The Sims 4 Cottage Living in the comments below.