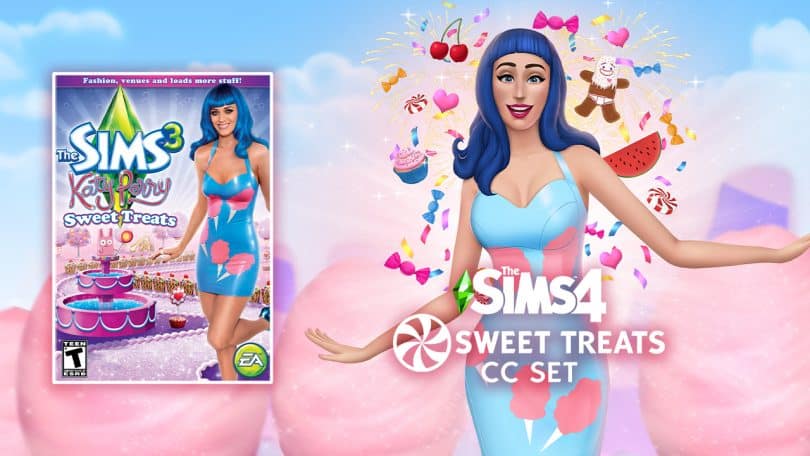 10 years after its limited release, this pop star Stuff Pack has been brought back by CC creators and Katy Perry fans!

On June 2nd, 2012 history happened. At least when it comes to The Sims Series.

The first ever star-focused Stuff Pack was released for the franchise. Just shortly after the release of a special, Collector’s Edition for The Sims 3 Showtime Expansion Pack. 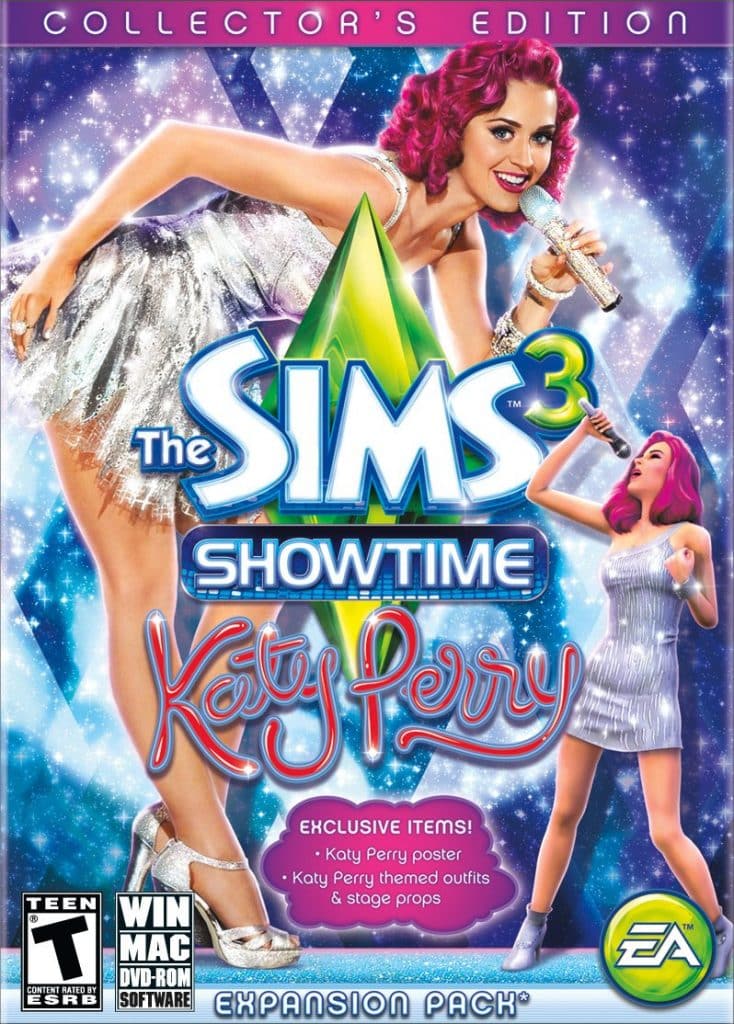 Just a few months after, The Sims Team did an unexpected thing by releasing an entire Stuff Pack inspired by Katy Perry’s Teenage Dream era. The release of The Sims 3 Katy Perry Sweet Treats in June 2012 was a love-hate situation. 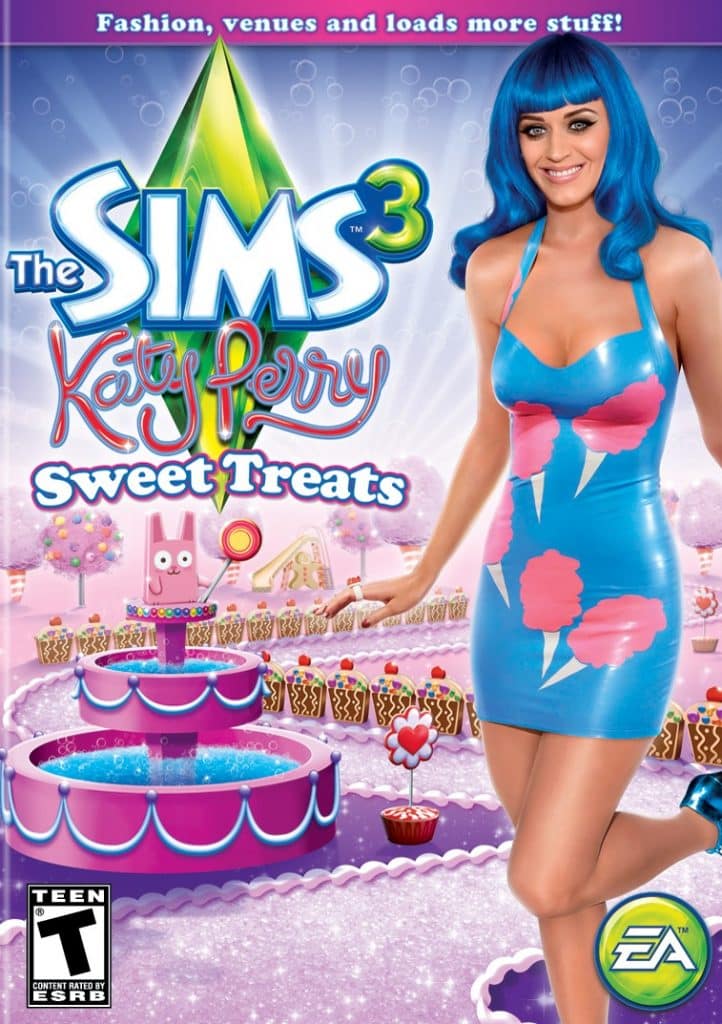 Many fans of The Sims didn’t know why was an entire Stuff Pack needed for a huge celebrity.

Personally I didn’t question it a lot. I was a fan of both Katy’s music and The Sims. I was also 14 back in the day so everything shiny, sparkly and new immediately caught my positive reaction. Especially if it’s a collaboration of two of my favorite interests.

10 years after, the Sims community learned how to love this Stuff Pack. Or at least appreciate the collaborative, ambitious efforts to make it happen.

The Katy Perry Sweet Treats Stuff Pack was sold for $30USD, unlike other Stuff Packs for The Sims 3 which were $20. The pack contained more items for both Create A Sim and Build Mode unlike any other, so that could be the reason why.

And the fact that it was a celebrity endorsment that unfortunately lasted only for a year. The Katy Perry contract was probably signed for a year, after which the Stuff Pack got pulled back from the retail store shelves and digital retail sites like Origin.

On July 15, 2013, a Community Manager for EA confirmed that this stuff pack has been retired and is no longer available on Origin. Therefore, EA will not produce any more physical or digital copies of Katy Perry’s Sweet Treats. Unused game codes for the pack can still be used to add the game to one’s Origin library.

To this date people are still finding physical copies of The Sims 3 Katy Perry Sweet Treats across the world for a small price. Some are sealed – meaning that you can still register the Pack and download through Origin. While some are unsealed and let you only install it through the provided Disc.

Either way, an iconic era for both the fans of The Sims and Katy Perry.

10 years after, Littledica, talented CC creator for The Sims 4, among with other CC Creators and players have managed to revive and expand the Build Mode catalog of Katy Perry Sweet Treats! 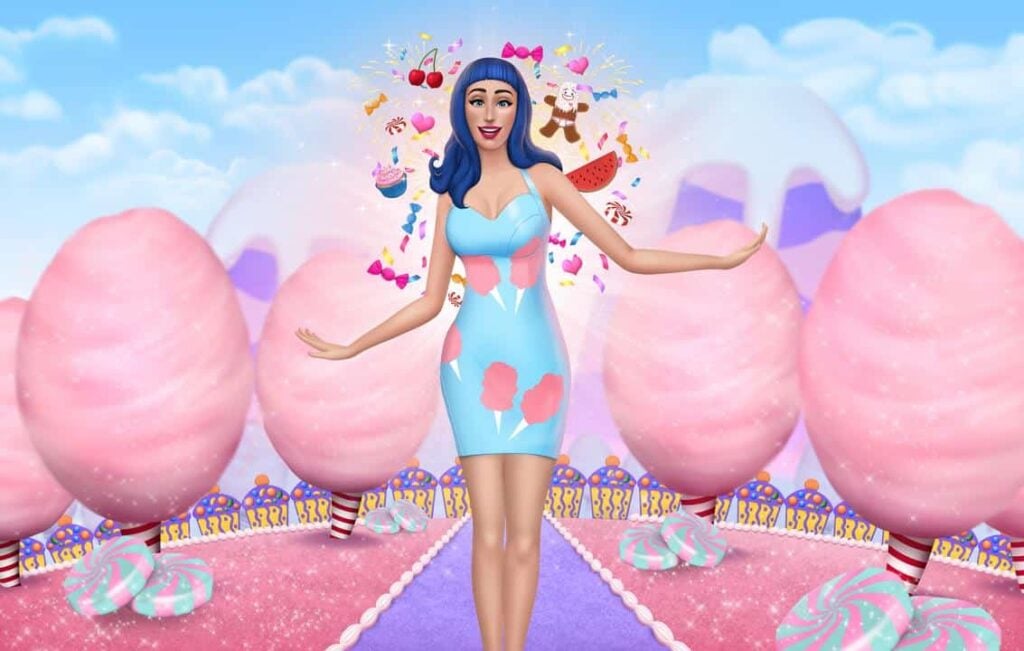 The main creator of this Custom Content set has worked about 3 months on this project. Making sure that the objects are converted properly for The Sims 4 and fit the Maxis Match aesthetics of the game.

We asked the creator of this set about who else was involved in the project. Turns out it was created by none other but fans of The Sims, fans of Katy Perry and both!

Want to see this Custom Stuff Pack in action? Check out the amazing trailer preview created for Katy Perry’s Sweet Treats below:

LittleDica has listed an entire set of objects included with The Sims 4 Katy Perry’s Sweet Treats CC Set, including:

From ice cream ceiling lights to peppermint bikes, your house has never been so sweet! This collection of mouth watering build and buy items, inspired by Katy Perry’s Teenage Dream album, will bring a delectable look to your rooms and a delicious vibe.

This set is a reproduction of The Sims 3 Katy Perry Sweet Treats build and buy items, but not CAS items. The set contains 79 objects and build tools, some of which also offer new gameplay features thanks to the amazing Ravasheen!

This set contains items created from scratch following the original designs in the The Sims 3 Pack, plus some new original objects designed by Luddy Simmer! 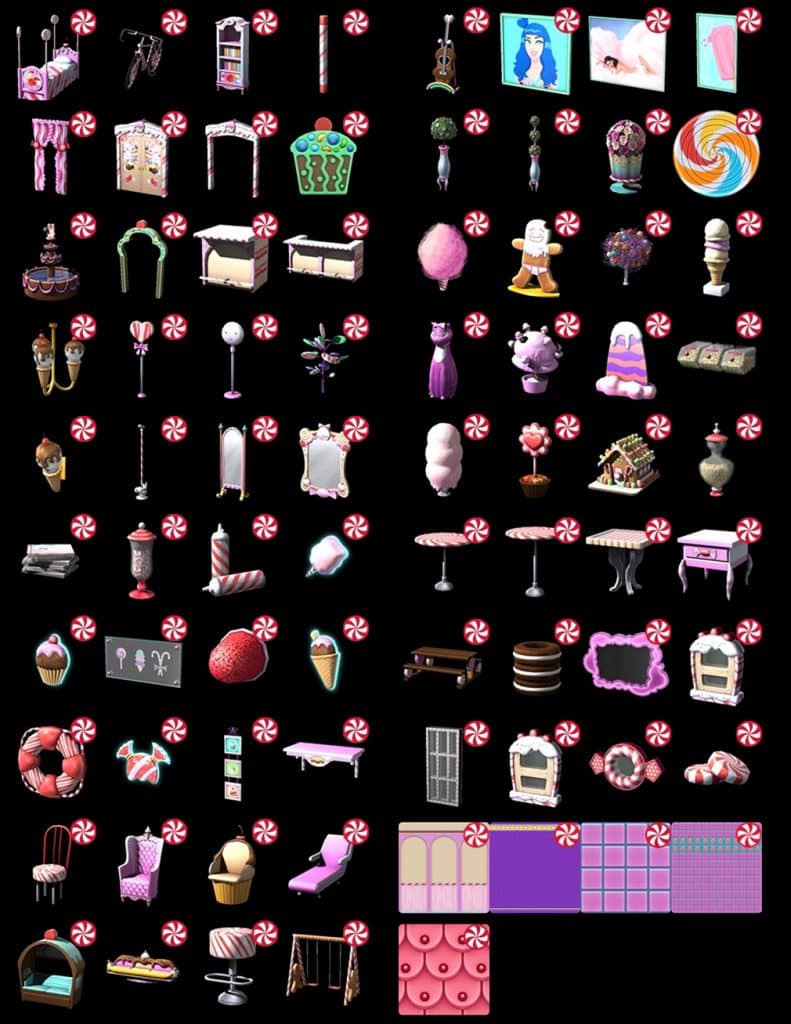 Littledica has also included a screenshot preview of some of the new objects in-game. Check out the Magnolia Blossom Park in Willow Creek – now with 100% more sugar. 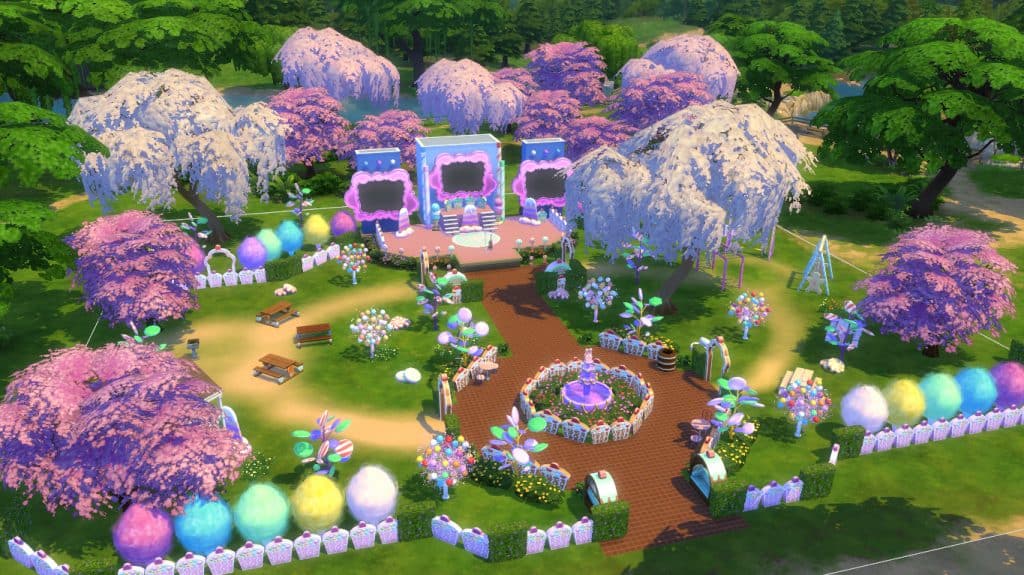 This brilliant Custom Content revival is available now for Early Access through Littledica’s Patreon Page. The Public Release is set for April 24th.

We’ll make sure to keep you posted on all the sugary news regarding this CC Pack, as well as provide you with a detailed in-game overview of the objects. Stay tuned!