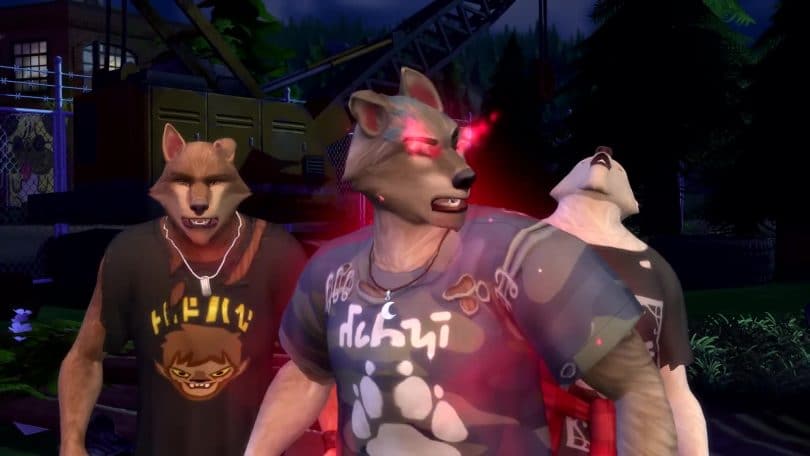 Players who own Get Together Expansion Pack can use clubs to make their own wolf packs!

The Sims 4 Werewolves is undoubtedly the most widely praised occult-based pack for The Sims 4 to date. It’s easy to see why. Extensive lore, detailed werewolf skill trees with dormant abilities, unique wolf temperaments, and opposing packs you can influence to be rivals or allies makes Werewolves an extremely engaging and solid pack for players who enjoy supernatural gameplay.

However, one weakness of the pack is its lack of customization, at least when it comes to pack structure. Players are forced to choose between one of two packs to join in Moonwood Mill; The Wildfangs and The Moonwood Collective. Sims can rise in the ranks of each pack and ultimately become alpha but they can’t found their own pack or change the core values of the pack they joined, even as an alpha. The most pack customisation available is being able to set the decorations on the pack hangout; and you only get a choice between three basic styles.

Even the pack’s most vocal supporters found this disappointing, myself included. Simmers are nothing if not creative, though, and quickly thought of a solution: the club system from Get Together.

Get the Werewolf Pack Together!

If you think about it, clubs are kind of like packs. They have a leader who can be challenged and overthrown by their followers, they have a hangout spot, requirements to join, and a set of rules to follow; things members of the club can and can’t do while gathering with the club. Essentially, they’re human packs but there’s nothing to stop werewolves from using them.

To found your own werewolf pack with your own set of rules, just start a club with your werewolf as the leader and only invite other werewolves to join. You can even have it be a family-only club and have a long-running pack that gets passed down from generation to generation. Decide what your pack members can and can’t do and customize a real hangout space for them that isn’t a rabbithole object limited to three preset designs.

If it sounds too good to be true, well… you’re partially right. One big drawback to using clubs as werewolf packs is that for whatever reason, The Sims Team neglected to add any werewolf activities to the club activity list. They’re supposed to add club activities for every new pack but they didn’t for this one. All you can do as a club activity is Moongaze. Still, there are lots of activities across many packs that might suit whatever vibe you’re going for in your werewolf pack.

And if you’re a mod user, ChippedSim has made a mod adding werewolf club activities to the game. You can find it here.

Have you created your own wolf pack using the club system? Do you like it better than the pre-existing packs that came with Werewolves? Tell us all about it in the comments!