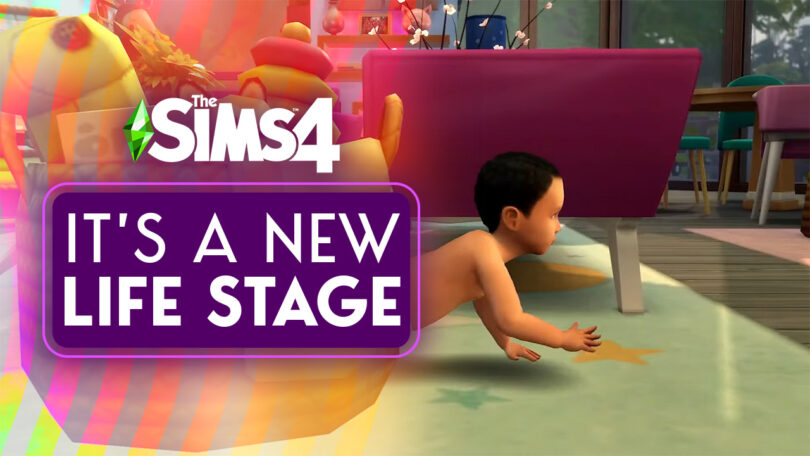 Infants will be a new life stage, not a revamp of babies as we previously thought

The Behind the Sims Summit revealed a lot of new information about the future of The Sims series. Maybe a little too much information all at once. There was confusion about The Sims 4 babies… or rather, infants. We thought the clip at the end of the summit showed a baby crawling across the floor. We assumed this meant babies were going to be separated from their bassinets. As it turns out, the little Sim we saw in the summit was actually an infant; a new life stage in between babies and toddlers. The Sims 4 baby update is actually an infant update.

How do we know? For one thing, The official Sims blog uses the term infants. The word baby does not appear. The blog states that “infants will be arriving in early 2023.” The wording implies Sims 4 infants are a new life stage. Not an overhaul of an existing life stage.

And if the very specific wording wasn’t enough to convince us this is a new life stage, this cleverly censored screen captured from the Behind The Sims Summit event says “New Life Stage” when the censored portion is scrutinized closely enough.

The Sims 4 infant update will arrive in early 2023!

Excited about the new life stage? Prepare for a new way to play with your littlest Sims and check out our pregnancy tips, tricks, and cheats!