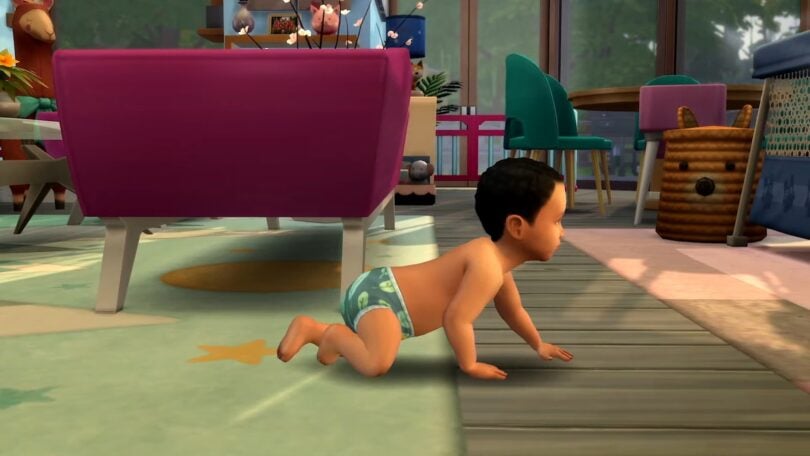 The Sims Team revealed that The Sims 4 is getting a major update early next year. And it’s all about Babies!

The Sims Summit was a lot to take in…right?

While we go through the announcements, it’s important that we talk about the last segment of the show. As the host walked off the stage, a new short segment appeared on the screen featuring in-game footage from The Sims 4.

And it features a baby crawling outside of the bassinet. MINDBLOWING.

Check out the first photos:

The last screen teased the release of this update, which is next year:

The Global Community Manager for The Sims has also shared excitement over the feature. And has revealed that the update is expected *early* 2023.

What do you think about the new Sims 4 Update? Join the conversation below!