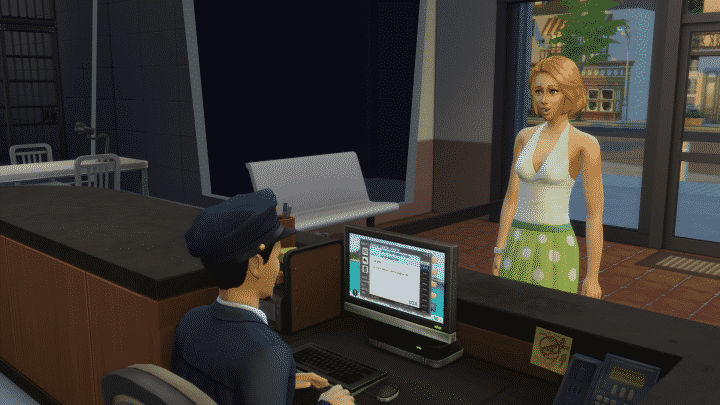 In The Sims 4, we were impressed with Sims’ wide breadth of emotions and their newfound ability to multitask, but we admitted in our review that the base game was (unsurprisingly) “barren” of content, readying itself for countless expansion packs to come. Between then and now, EA has countered this by releasing staggered online updates containing new features, and in January the game received its first, camping-themed ‘Game Pack’ – add-on content that offered a bit more extra gameplay than any of The Sims 3’s numerous Stuff Packs.

Firstly, I gave the new careers a whirl, curious to see how EA had tackled the concept of playable work venues. When it comes to work time, following your Sim to work is only an option – you never have to tag along with him or her if you simply don’t feel like it – but it’s a great break from day-to-day Sim life. Workdays play out in their own separate lots as a sort of nonlinear minigame, where you’ll have Sims perform small tasks towards a larger objective – for instance, a doctor may be tasked with putting a patient through a battery of tests in order to diagnose and cure them. The jobs aren’t always thrilling, like a detective’s occasional snoozy day of patrolling the streets and issuing tickets to litterbugs.