One of the most popular SimGurus, due to his cherished appearances in live streams, SimGuru Graham, aka Graham Nardone, was kind enough to take time from his busy schedule and answer a few questions Sims Community had regarding Stuff Packs and their development. Find out some interesting things you might not know about the latest one, Cool Kitchen; how the team comes up with the animations; and the way the interaction with fans is integrated into the process. 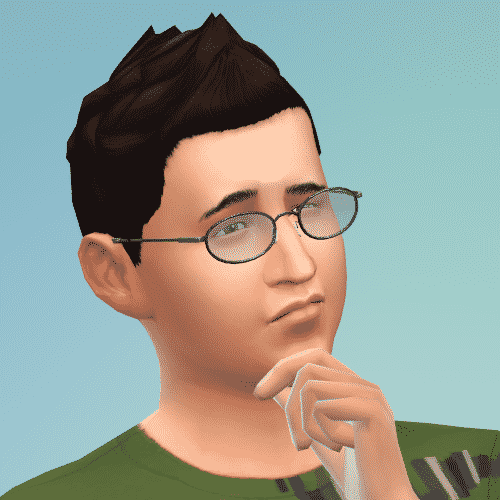 Sims Community: Sims can now make ice cream. There are 30 flavours and a variety of toppings and garnishes. It seems some combinations can yield unexpected results. Could you give us one example?

Graham Nardone: The hidden combinations are the result of pairing a particular trait with certain toppings and garnishes. For example, Foodie Sims enjoy something a little more exotic like edible flowers and raspberry sauce on their ice cream. One unique combination is for Sims with the insane trait though. If you happen to combine the nuts topping with nuts as a garnish… well, it has a tendency to get them pretty excited!

Sims Community: Sims can have brain freezes and even drop their ice cream cones. The animations are hilarious. Are they based on films and cartoons or do you act them out and observe each other?

Graham Nardone: We have hours of internal footage of team members acting out the various interactions that Sims ultimately perform in-game. Picture if you will some of the exaggerated expressions and awkward situations that Sims can find themselves in… You can imagine the importance of assuring the generous volunteers who help provide reference that the resulting video will never leave the hands of our animation team. Any violations of this strict code of ethics – such as taking still frame captures and sharing them to the office spam email list – are very much discouraged.

Sims Community: Delving a bit further into the development process, something new to The Sims 4 Stuff Packs is that they contain objects featuring additional game play, like the buffet tables, the drinking fountain, hot tubs and the ice cream maker. Does the team settle on the premium items and then build the theme around them? Or is it the other way around, choosing the theme first and then coming up with new game play objects that fit?

Graham Nardone: Interesting question, because the answer is actually yes to both! As you noted, we’ve taken a new approach to Stuff Packs in The Sims 4, which meant re-examining how we develop them compared to past entries in the franchise. Over the course of this first year, we’ve built upon our plans to support The Sims 4 after the base game was released. Initially that meant selecting the style further in advance and getting started on building all the “stuff” that goes into each pack. That’s easier to plan in advance as it only impacts our artists, and we have a clear frame of reference for how long each object or piece of clothing will take. Now that we’re about a year into The Sims 4 that process has been streamlined, as we’ve learned what works, as well as what we can do even better. We’re at the point where fans have given feedback on multiple packs, and have clear suggestions about what they want more of from a Stuff Pack. Now that we’ve refined our development process and have an established Stuff Pack team, we’ve started to define what new game play we want to introduce upfront. Only then will we select great “stuff” that complements the experience we want to create. I’m really looking forward to seeing how that change impacts Stuff Packs in year two!

Sims Community: You are very active on social media, answering questions and taking suggestions. How important is this exchange to what you do? Does it influence the development process of Packs?

Graham Nardone: Interacting with Sims fans is my favorite part about working here at The Sims Studio. I have lots of interesting discussions about the philosophy of design behind our features, or detailing the nitty-gritty about how a feature was implemented and how it’s driving a Sim’s behavior. I’m someone who loves games and is passionate about his job, so I really appreciate hearing from those with shared interests who care about what we do with The Sims. It helps reinforce that the development decisions we’re making each day have a discernible impact on players. I think when you have a franchise with such a strong community, that their voice is very important in helping inform what we’re building. I enjoy taking that feedback back to the team and challenging design perceptions so that we learn and improve. Many of the things being discussed in the community get brought up when designing new features, and their messages frequently help shape our ongoing game updates.

I am from Macapá, a city by the beautiful Amazon river in the north of Brazil. I have enjoyed The Sims since 2001, when The Sims 1 caught my attention on the shelf, when I was around 18 and had gotten my first paycheck!