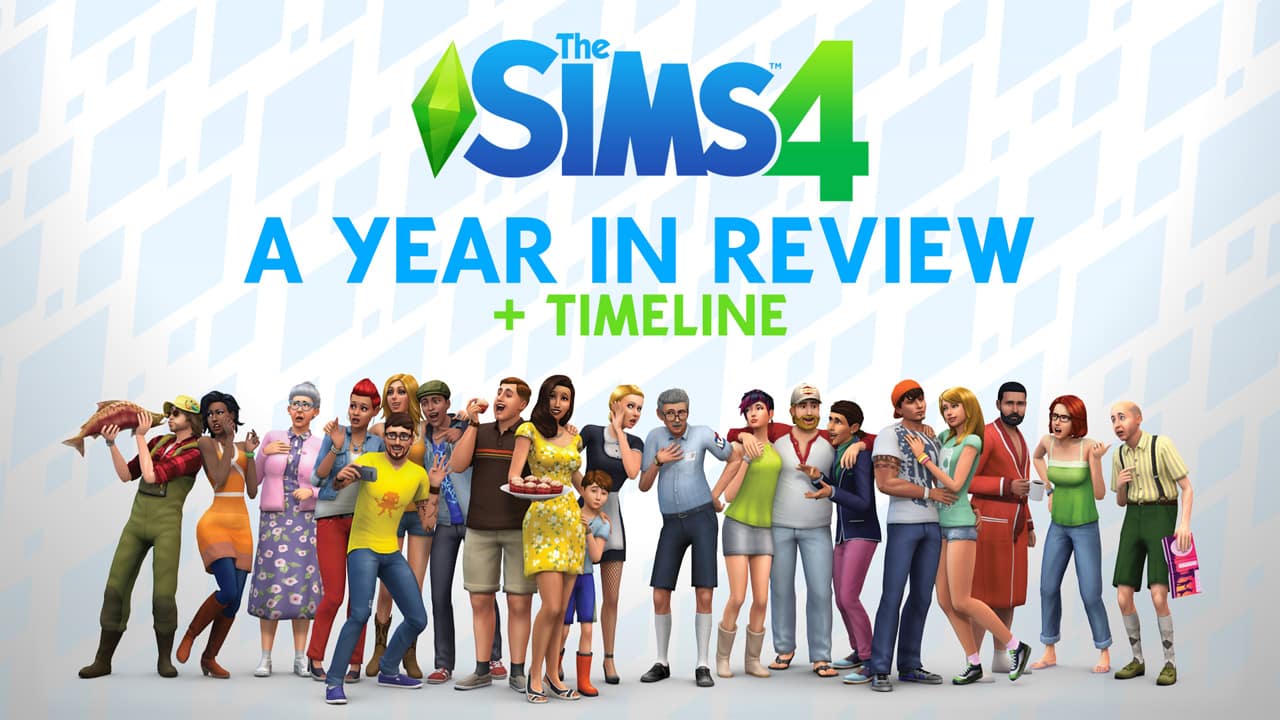 A year ago the most polarizing iteration of The Sims was released – The Sims 4. Some loved it, some hated it, everyone was vocal about it. The reason for these extreme opinions was mostly due to the vast differences between The Sims 4 and the previous versions. But that’s the key theme for Sims 4 – change. And ever since its release, the game has undergone a plethora of changes and additions already in its first year. Other Sims games grew in terms of content through a stream of expansions, stuff packs, worlds, and store sets, but Sims 4 is evolving outside of the typical game releases.

The Sims has always had patches. They’ve most often come right before a new stuff pack or expansion pack, and when they did, they would include basic features introduced in the newest expansion for everyone whether or not they bought the game. This changed in Sims 4. 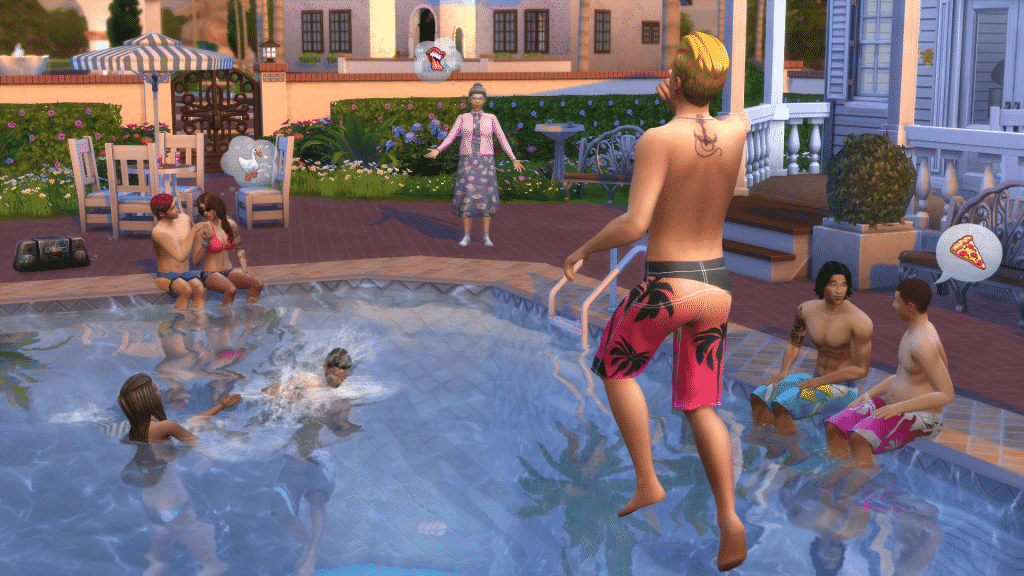 Patches now come out monthly, so not only are bugs and issues fixed at a much quicker rate, but new gameplay is included as well, outside of being introduced in an expansion. This started in October with the inclusion of ghosts. It was then introduced the following two months would add pools and two new careers. These are aspects that were added in without being tied to a future expansion, like basements being added into Sims 3 after being designed for World Adventures’ tombs.

Other gameplay features added to Sims 4 via patches have been family trees, lockable doors, half walls, basements, a new world, and dishwashers. And they won’t stop there, as they shouldn’t as the game is still lacking critical features of past versions, such as toddlers.

This is something they’ve done for Sims 4 that they’ve never done in previous iterations. Sims 4 has seen several tweaks, updates, changes, and revisions from the initial release build. These have ranged from small tweaks such as the redesign to the loading screen to big gameplay revisions like we saw with the changes to aspiration and career requirements. These changes were made so the gameplay surrounding them were more fluid and less of a grind to complete them. 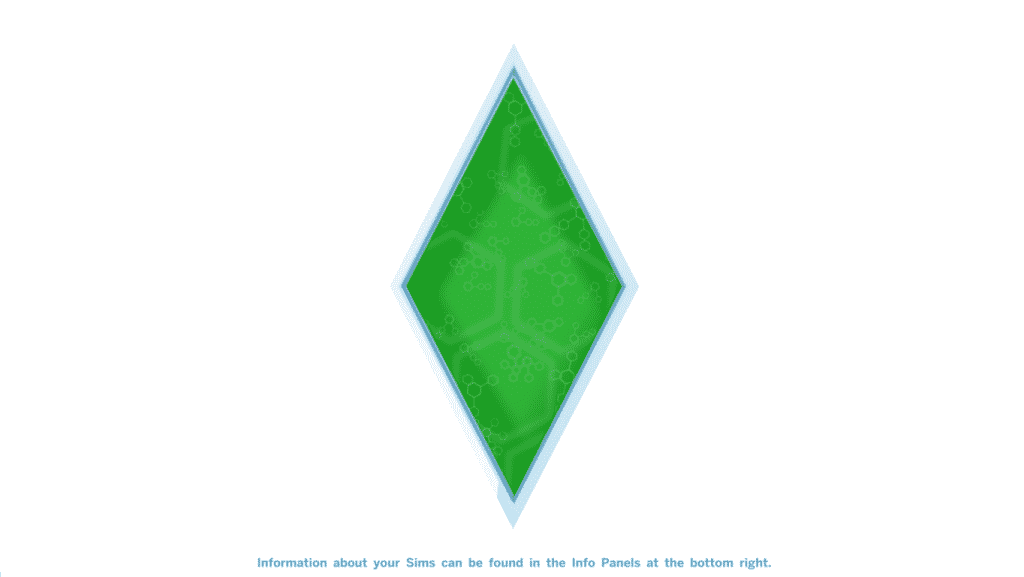 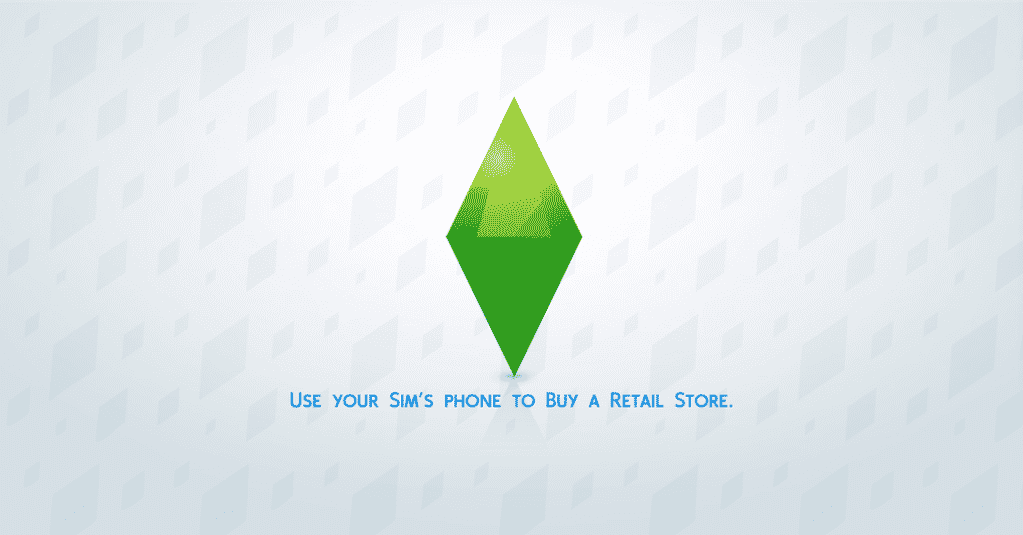 All of these changes were made based on player requests, so it proves the team is actively listening and shaping the game based on player expectations and desires. As much as the cynics doubt it, our voices are heard.

Add-ons are a staple in the Sims series. It wouldn’t be a Sims game if your shelf wasn’t lined with expansions and stuff packs by the end of the series. Sims 4 introduced a new type to the mix in game packs. These fall in between stuff packs and expansion packs as they can include new items, create-a-sim parts, gameplay, locations, music, and more, but not to the scale of an expansion.

This allows the team to introduce gameplay aspects they wouldn’t have been able to previously because it’s not a concept worthy enough for a full-blown game, as we’ve seen with the Spa Day game pack. It’s an interesting concept and includes a ton of stuff and gameplay, but it’s not a theme they could design a whole game around. 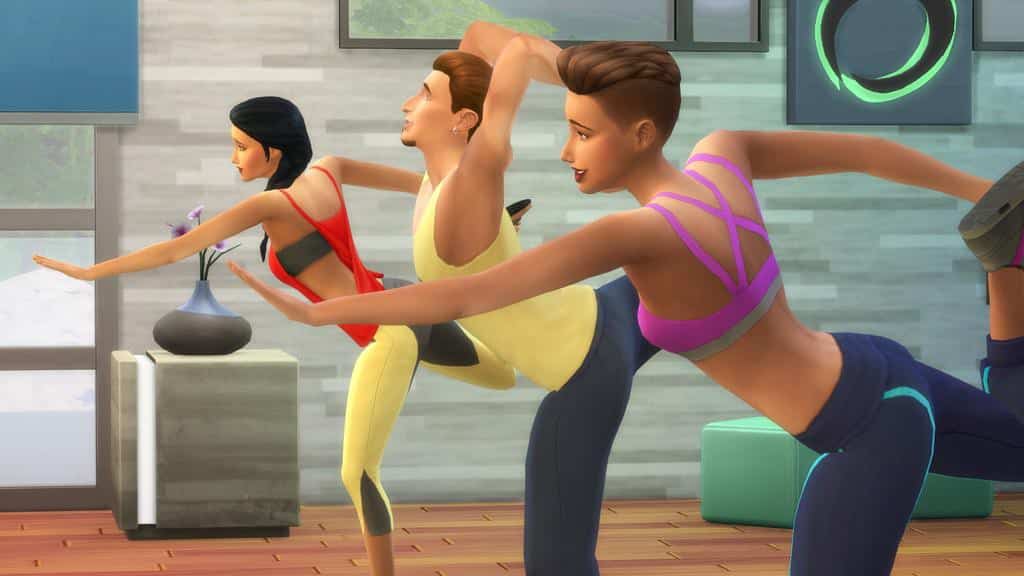 Since its release, The Sims 4 has seen the inclusion of one expansion, two game packs, and three stuff packs with a second expansion announced for release later this year. Executive Producer Rachel Franklin said there will be something for Sims 4 every month, however it wasn’t clear if she was including patches in that timeline, or if it was strictly game releases.

It’s also worth mentioning that most of the game releases we’ve seen thus far have continued to build a framework for future games. Outdoor Retreat introduced vacation worlds and renting lots. This allows the team to easily create new vacation worlds as the coding is already in place. Get to Work included the business system, which we’ve already seen affect future game release potential, such as opening an ice cream shop with the Cool Kitchen stuff pack. It also opened up tons of gameplay potential with the active careers system. The upcoming Get Together expansion includes the club system that can easily adapt to future releases, such as being a member of a dog lovers club in a potential Pets expansion. 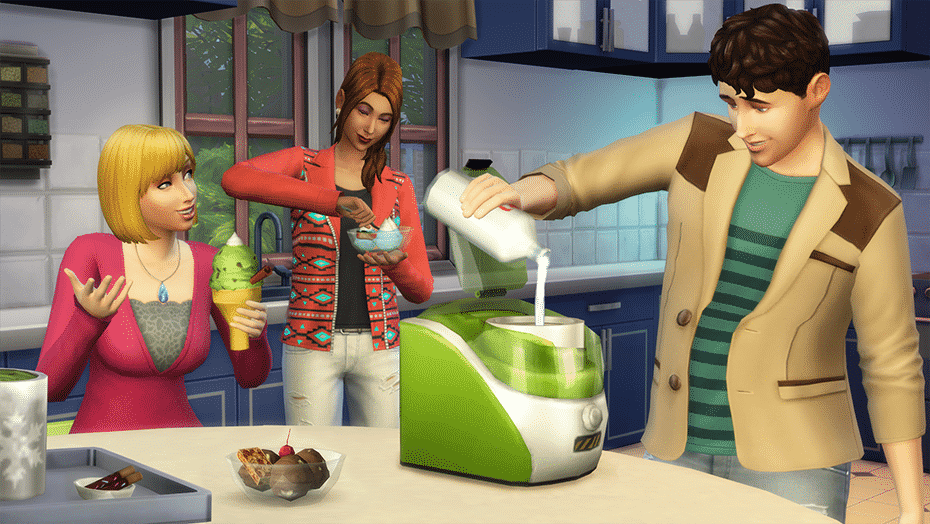 This shows that not only do the games they’re creating open up tons of gameplay possibilities for the future, but they blend together into one seamless gameplay experience. In the past, with Sims 3 for instance, each expansion and stuff pack felt like a standalone experience. This was further fixed in Sims 4 by allowing the sims to travel between worlds, so they can experience everything no matter where they live.

*Prices listed below are USD, yours may vary.

Sims 4 features new price points compared to the past games. Stuff packs are now down to $10, half the previous price point, while, for the first time, introducing at least one new gameplay item per pack. Previous stuff packs only included reskinned items that were already available in game. Game packs introduce a massive assortment of gameplay features for $20. This price can be compared to both The Sims 3 stuff packs, that only included re-themed items and clothing, and The Sims 3 store worlds that only included a world, new items and clothing, and one new gameplay item. If you wanted the gold edition of each world, which included one or two extra gameplay items, the price doubled to $40. Game packs are definitely more bang for your buck.

While it had a rocky start and still lacks some key parts, The Sims 4 is shaping up to be a wildly successful and worthy entry into the series. If you haven’t taken the plunge yet, now is the time to do it before the amount of add-ons becomes potentially overwhelming to new players.

The Sims 4 was born! 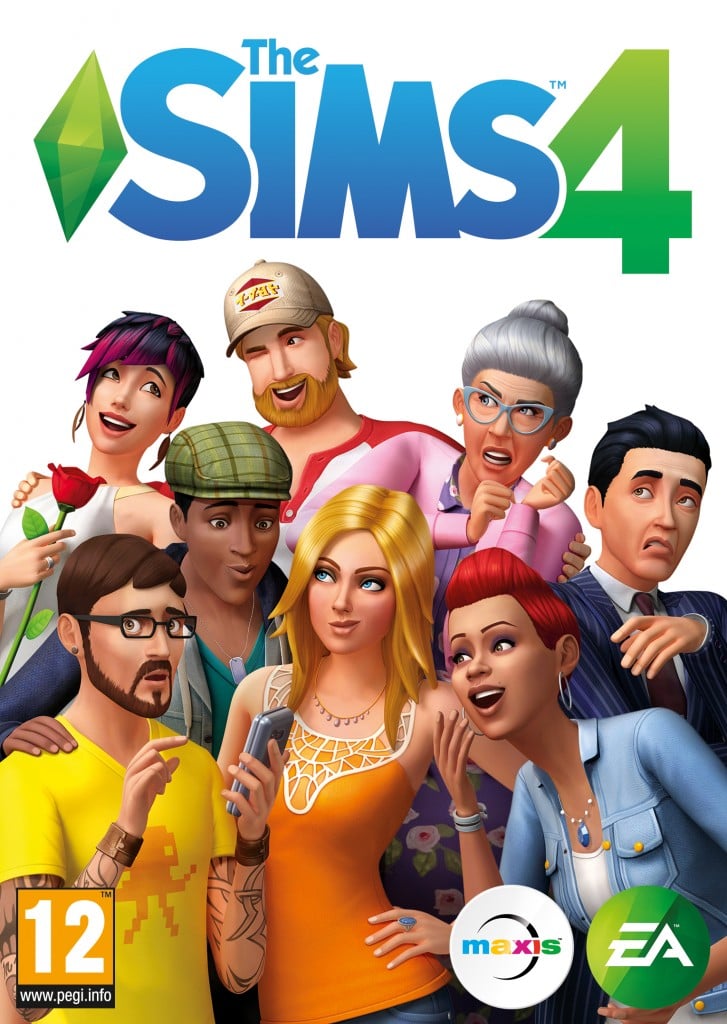 The Sims 4 is the highly anticipated life simulation game that lets you play with life like never before. Control smarter Sims with unique appearances, personalities, behaviors, and emotions. Experience new levels of creativity when you sculpt Sims with the powerful Create A Sim and design beautiful homes with tactile, room-based Build Mode. Use The Gallery to browse, share, and download new content without ever leaving your game. Control the mind, body, and heart of your Sims and explore your new gameplay possibilities in vibrant neighborhoods that bring your stories to life. 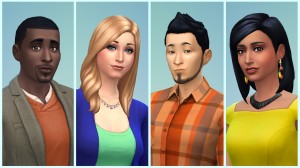 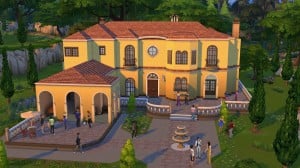 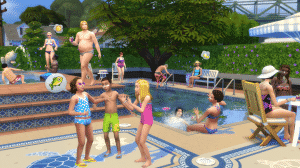 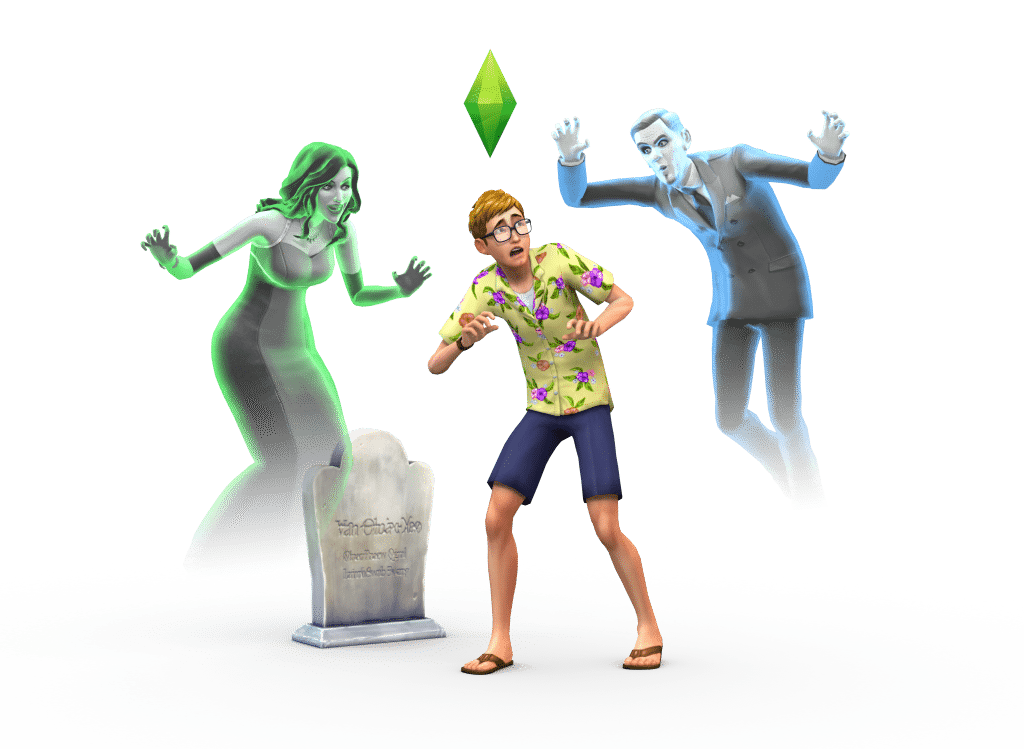 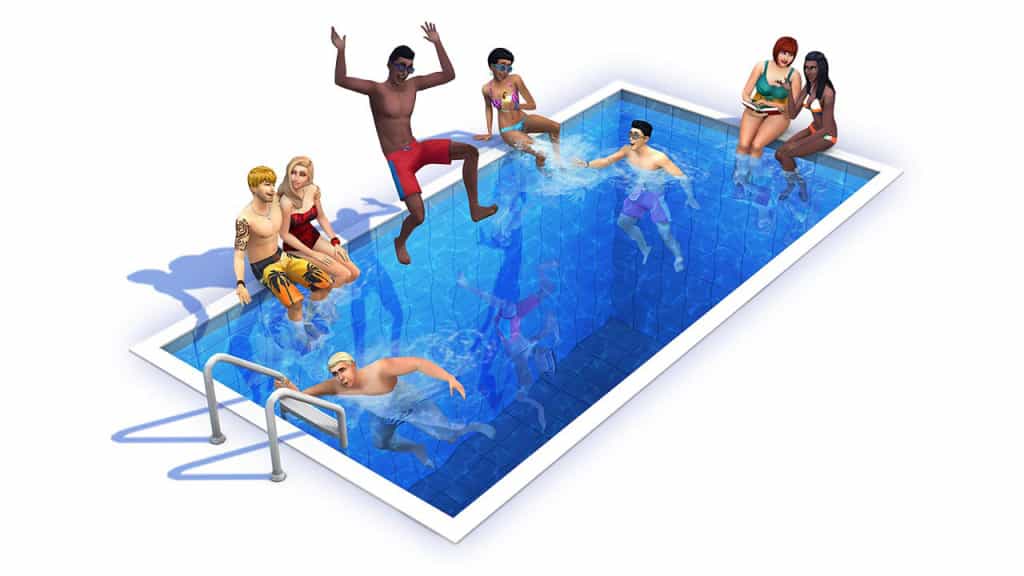 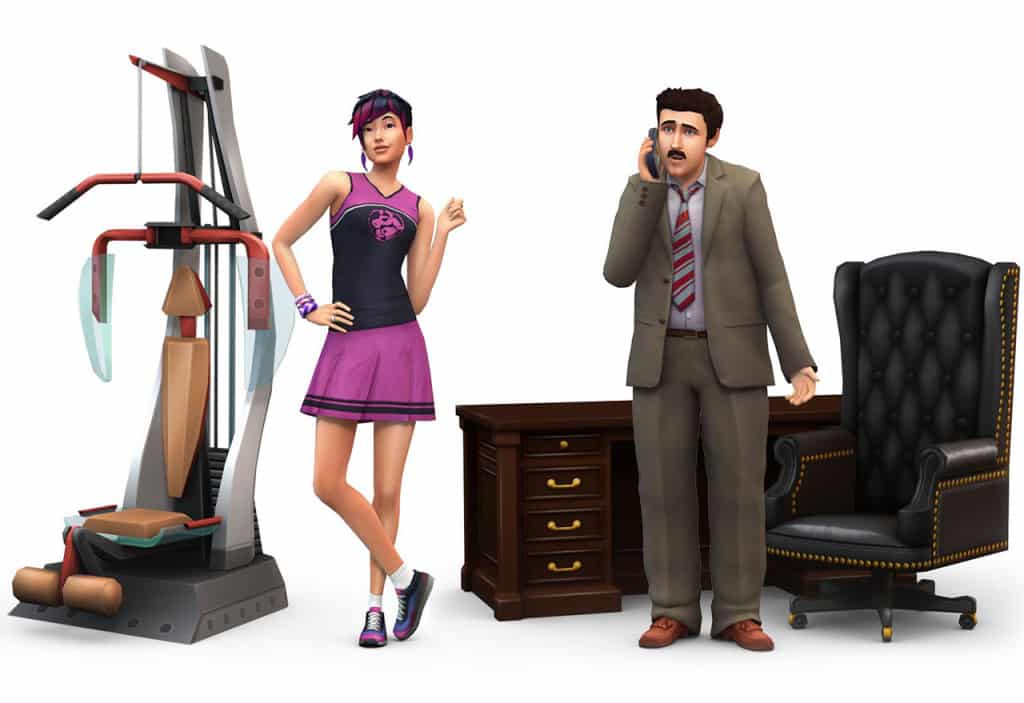 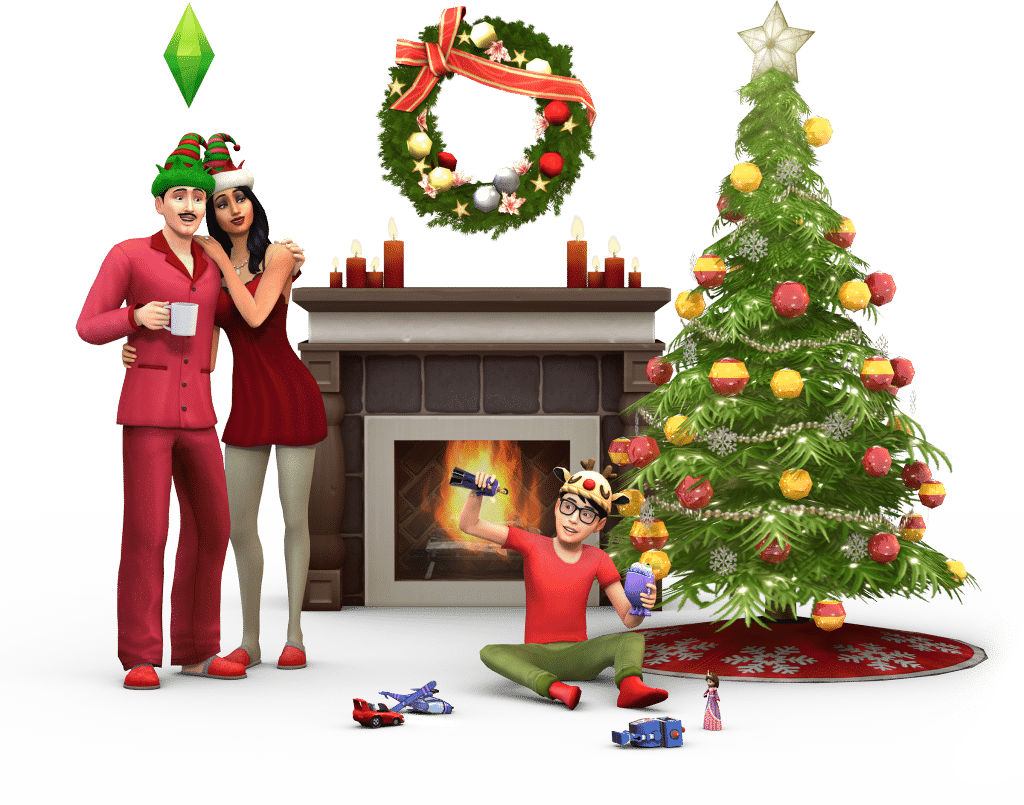 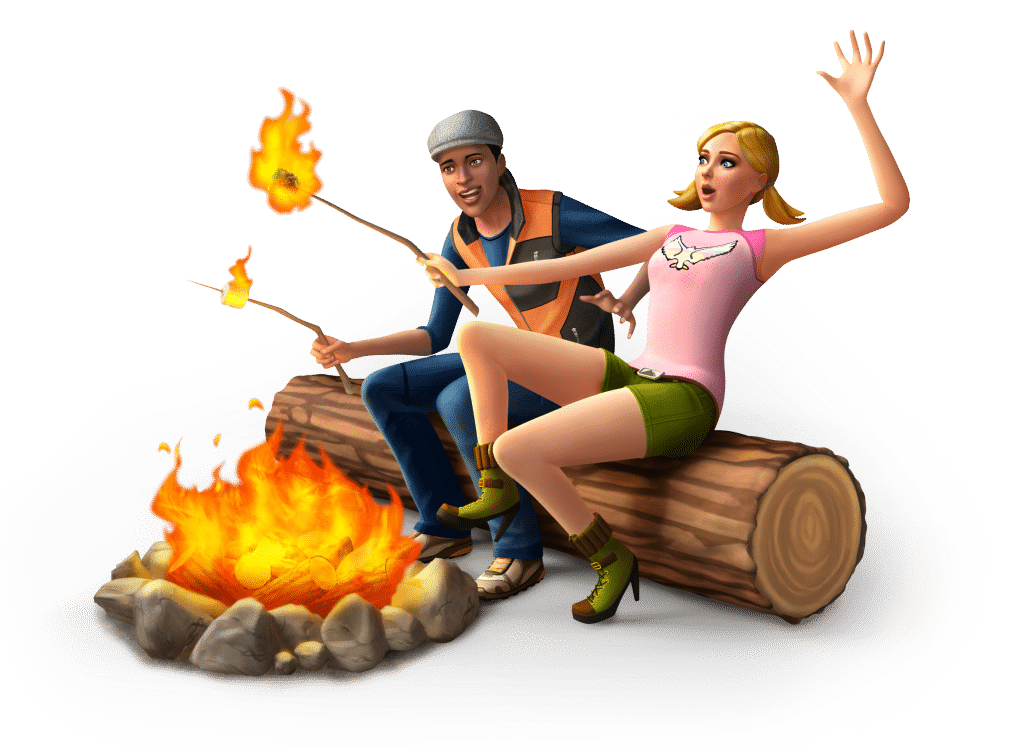 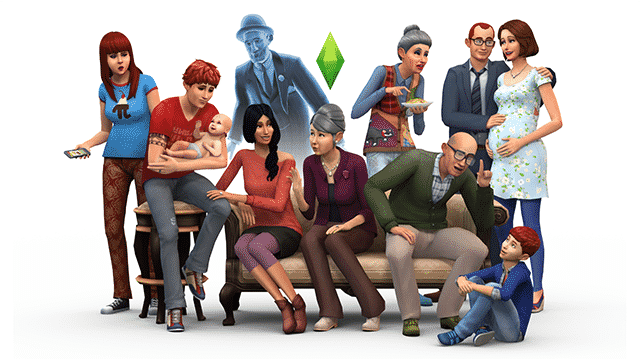 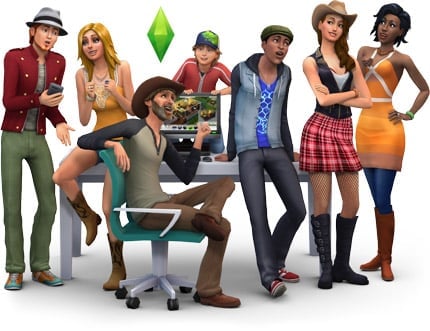 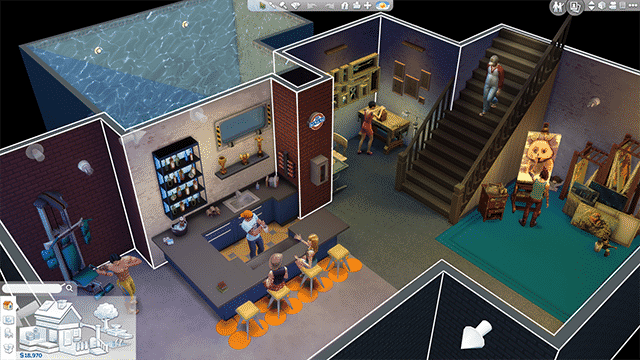 Get to Work Expansion Pack 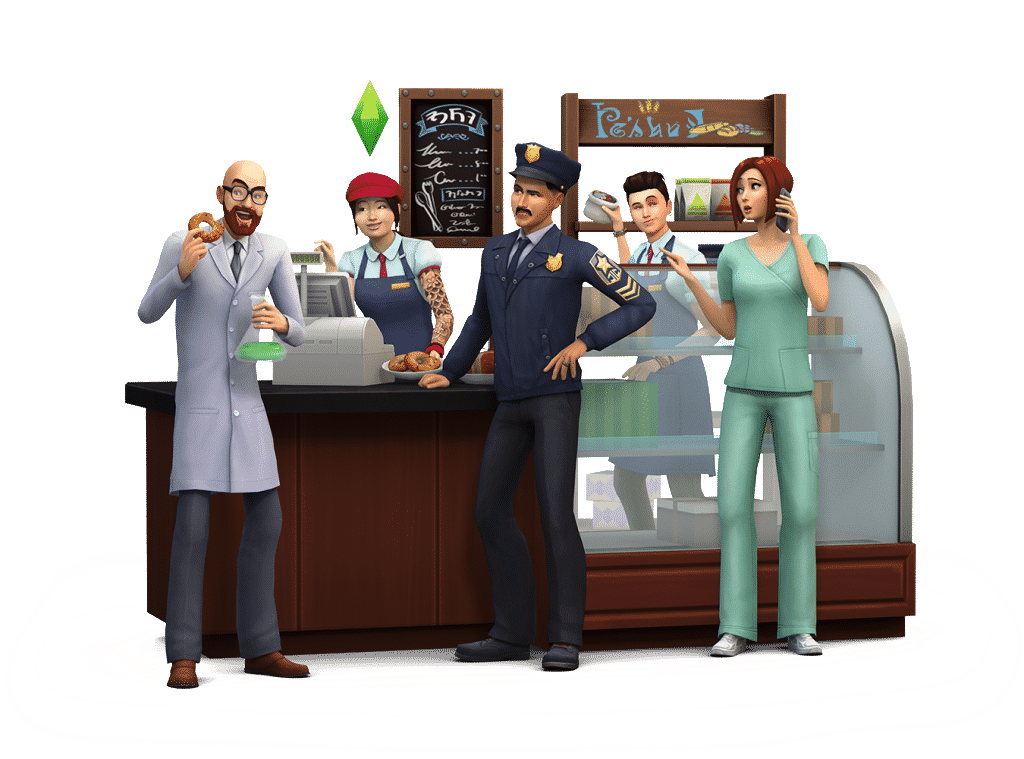 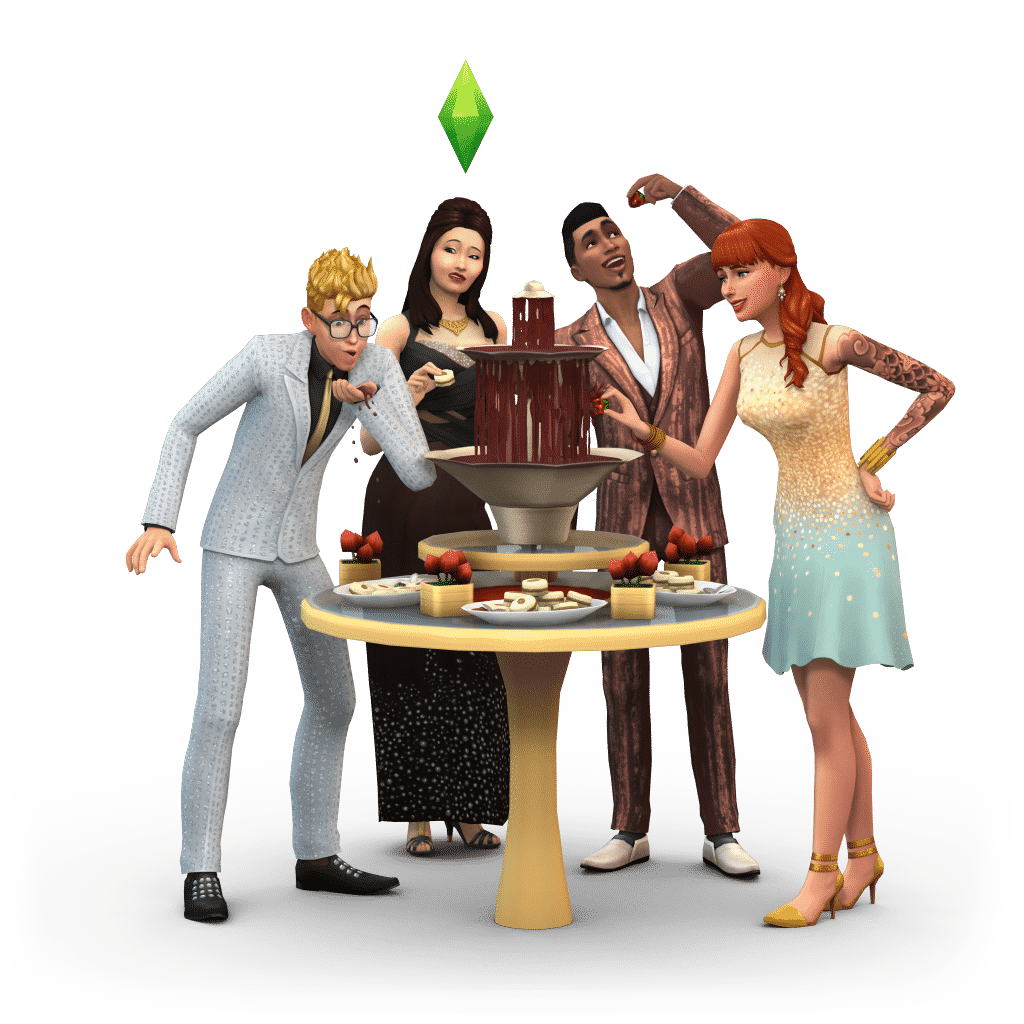 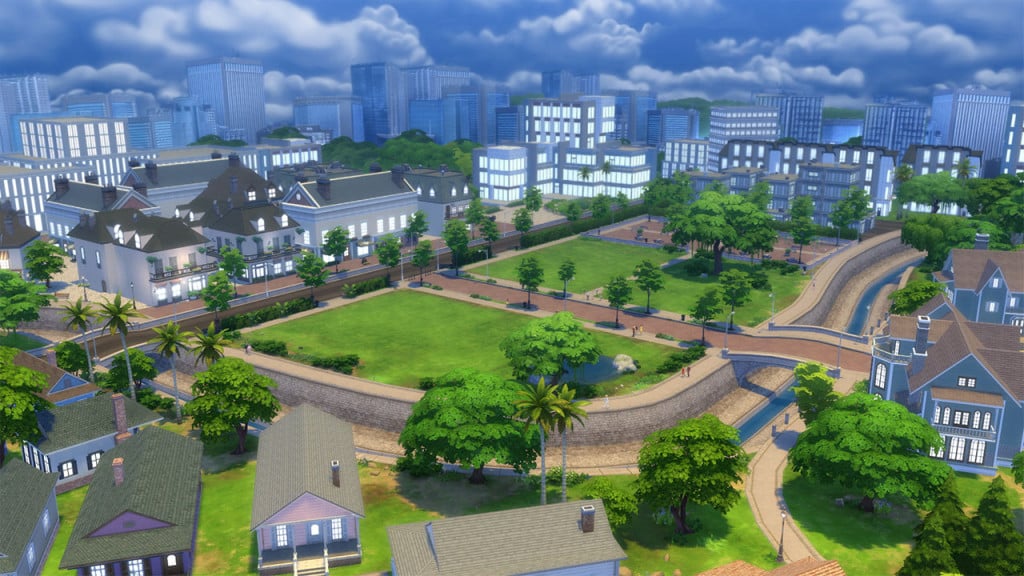 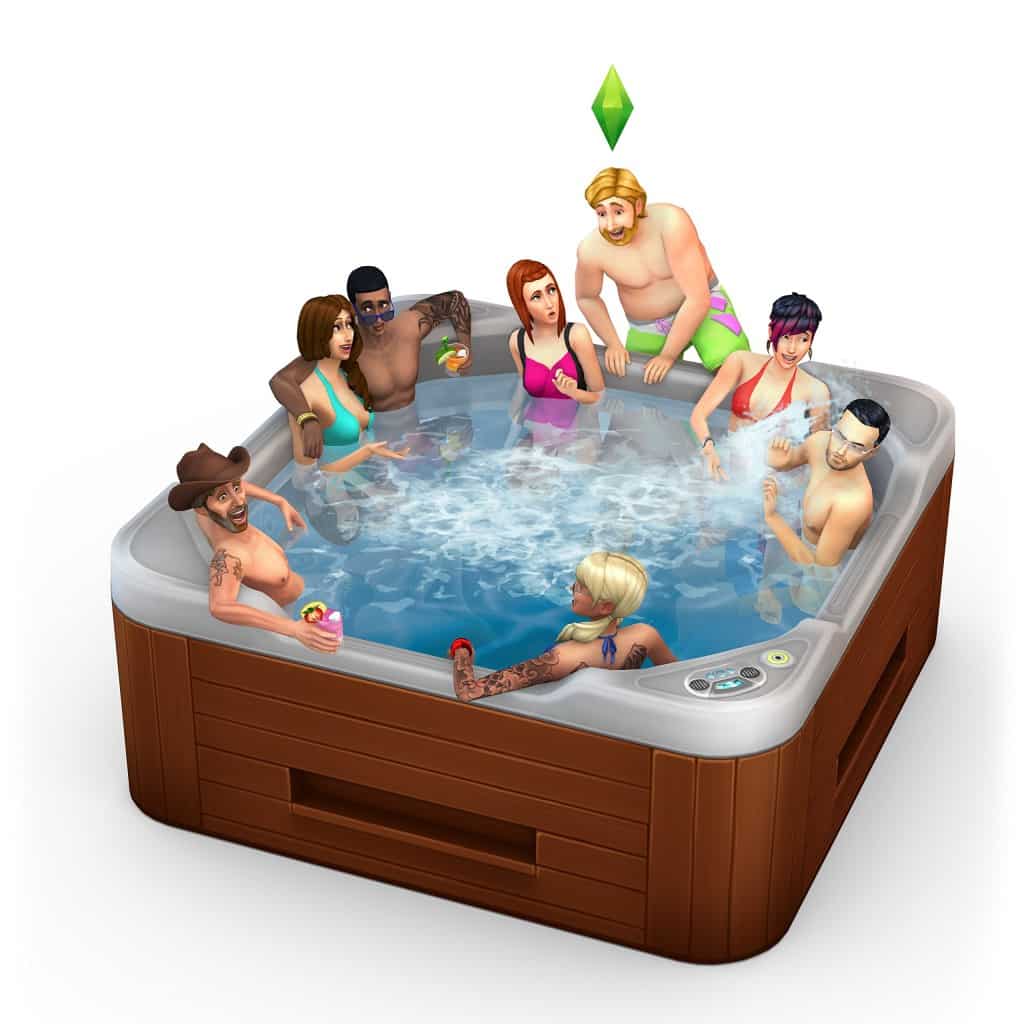 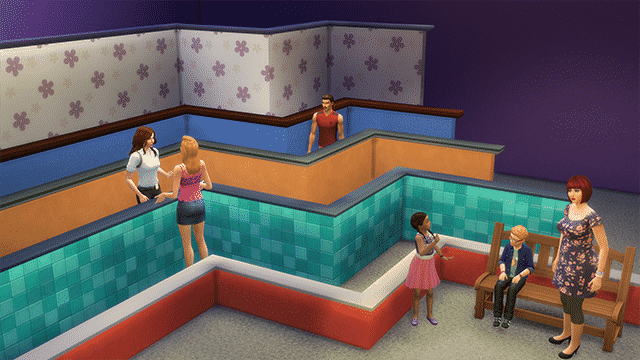 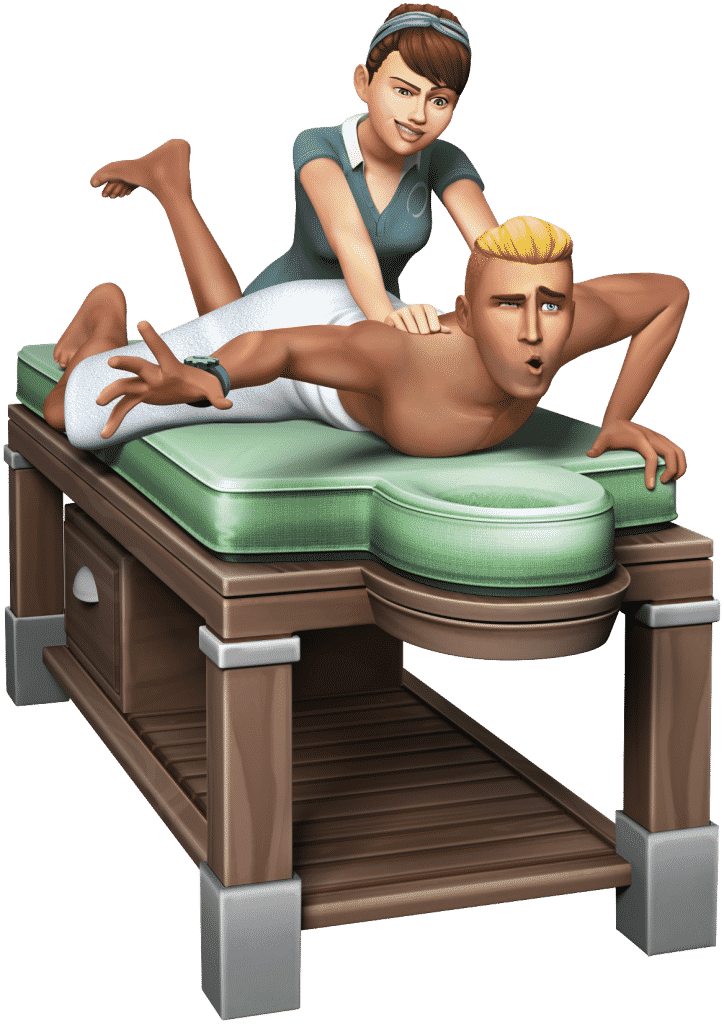 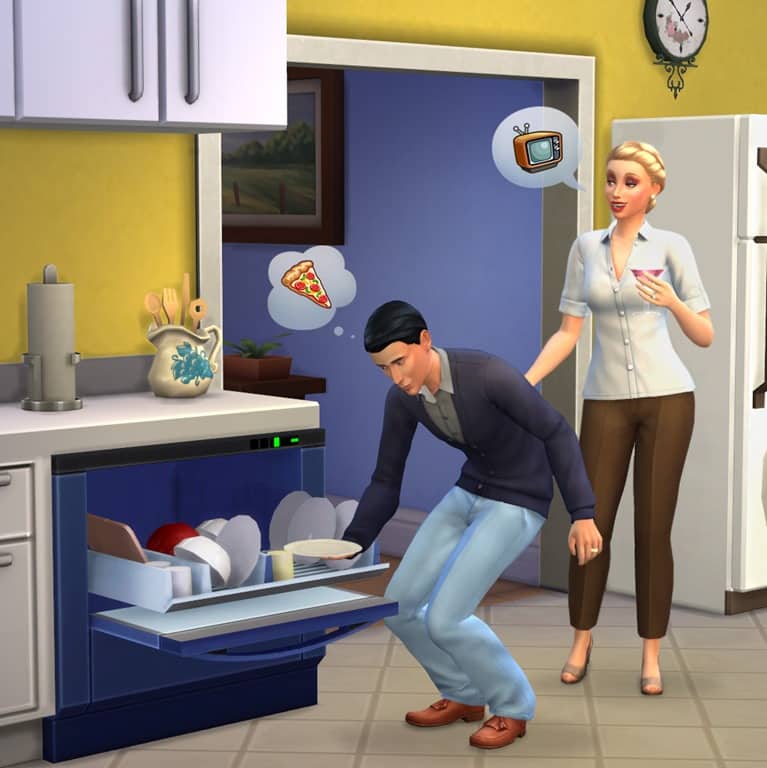 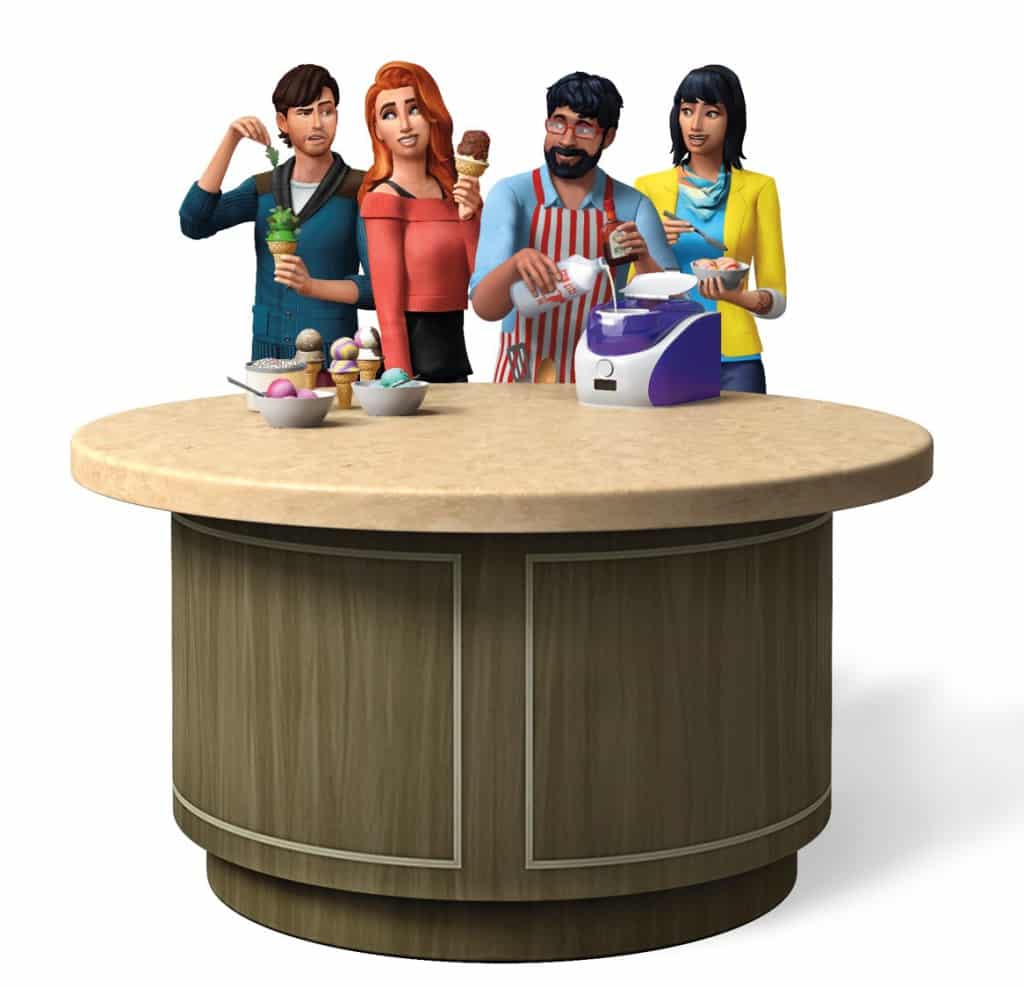