If you tried to play Spore in the last few days, then you have probably noticed that the game is having issues connecting with the servers. MaxisBazajaytee decided to make a forum post regarding that issue: 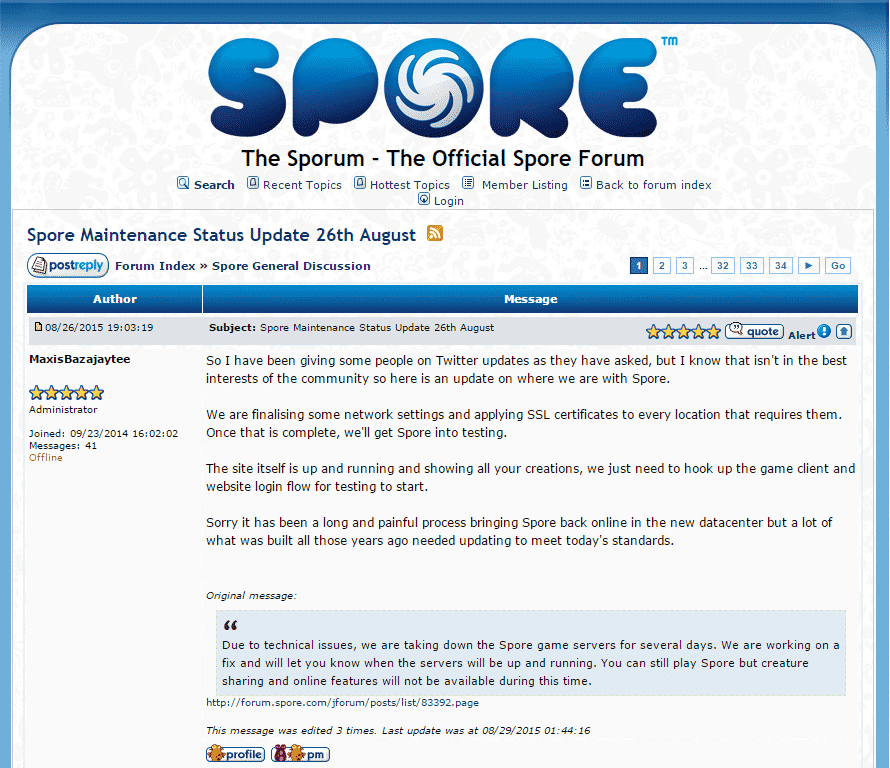 So I have been giving some people on Twitter updates as they have asked, but I know that isn’t in the best interests of the community so here is an update on where we are with Spore.

We are finalising some network settings and applying SSL certificates to every location that requires them.
Once that is complete, we’ll get Spore into testing.

The site itself is up and running and showing all your creations, we just need to hook up the game client and website login flow for testing to start.

Sorry it has been a long and painful process bringing Spore back online in the new datacenter but a lot of what was built all those years ago needed updating to meet today’s standards.

Unless Maxis is working and preparing the new servers for a new Spore title, there’s really no point on updating the servers as they were perfectly fine before.

The game currently has a bigger fanbase and interest than SimCity, which was abandoned without a note sometime around 2014.

It’s also worth mentioning that back in March 2014, Maxis opened a job position for a Senior Development Director for a new Maxis game! Although the job was located at Maxis Emeryville which closed 6 months ago, many people who worked there moved to other EA locations.

In case you don’t know what Spore is, it’s a video game developed by Maxis and published by Electronic Arts back in 2008. Many features from The Sims 4 such as The Gallery and ”drag-and-drop” were inspired by Spore with Sporepedia and Creature Creator. 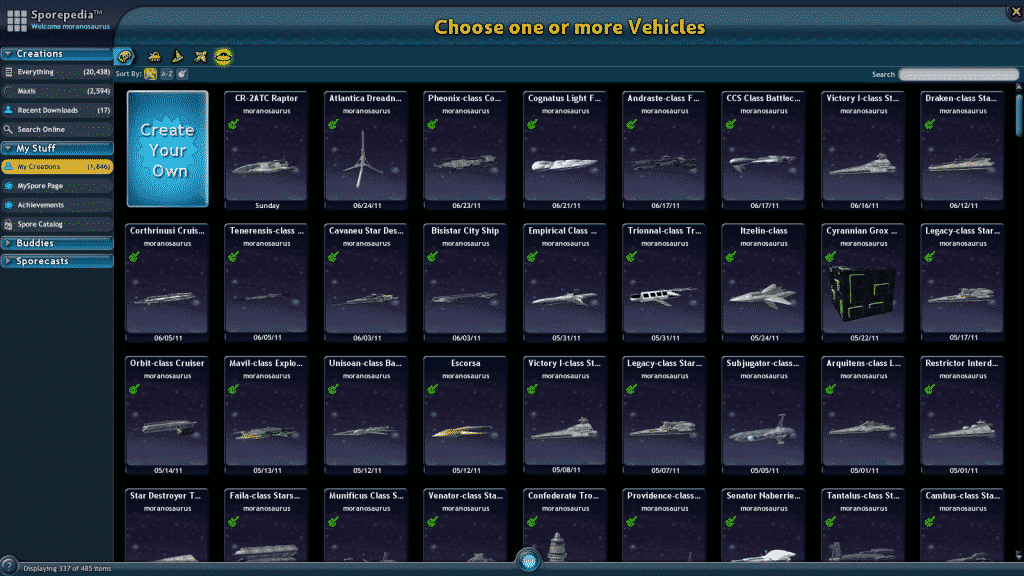