UPDATE: Associated Press have confirmed that the new update is coming on June 2nd!

Although SimGuruDrake didn’t want to clarify exactly when, she confirmed that the new Update will definitely release either tomorrow or this friday. 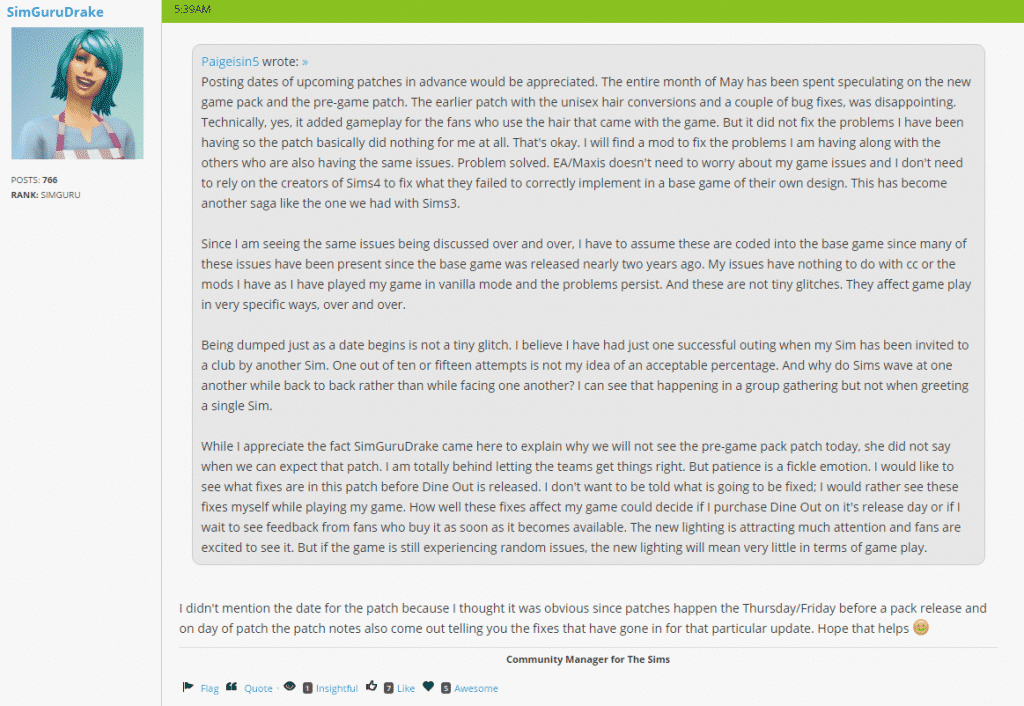 Along with some bug fixes, we should expect new features with the upcoming The Sims 4 Update, such as the teased CAS Changes and Improved Lighting!