NOTE: This post is written by a very hopeful simmer that things will get better one day in terms of Expansion Pack releases. This is not a news post so if you are looking for real sims news, check out this category.

Almost a year since the last Expansion Pack announcement…

We’re already stepping into the 8th month of 2016 and still no announcement, teaser or even a word about The Sims 4’s 3rd Expansion Pack beside the confirmation that’s being worked on since last year. Today’s reveal that The Sims Team won’t be making an announcement next month during Gamescom pretty much crashed my hopes that we’ll get any info reveal for Expansion Pack 3 this summer season. Sure, they didn’t include anything Expansion Pack-related in their Summer quarterly teaser, but the quarterly teasers are aimed to show what will be released in that certain season, not what announcement should we expect.

By the looks of it, everything that they included in the latest teaser has already been released: Backyard Stuff Pack and a Nanny Update, leaving August empty from not only new content releases, but now also new announcements. 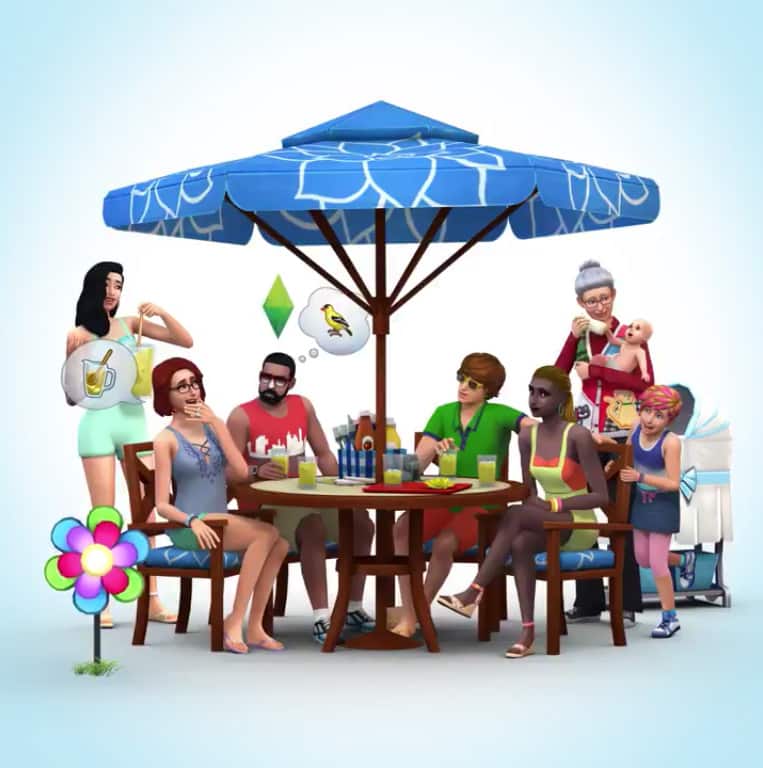 This isn’t the only worst thing that happened this year though: after The Sims 4 Romantic Garden Stuff Pack release in February 2016, we experienced a 2-month news drought where The Sims Team didn’t announce any payable content for the game. Sure, their first teaser released in late April, but still, many questions were left unanswered, and we still had to wait till June to get The Sims 4 Dine Out, meaning that 4 months passed without a Pack release.

The Sims 3 Expansions and their release schedule

The Sims 4 will be celebrating its second anniversary on September 2nd, and it only has 2 Expansion Packs to celebrate. Meanwhile, in just 2 years of its release, The Sims 3 managed to release 4 Expansion Packs: 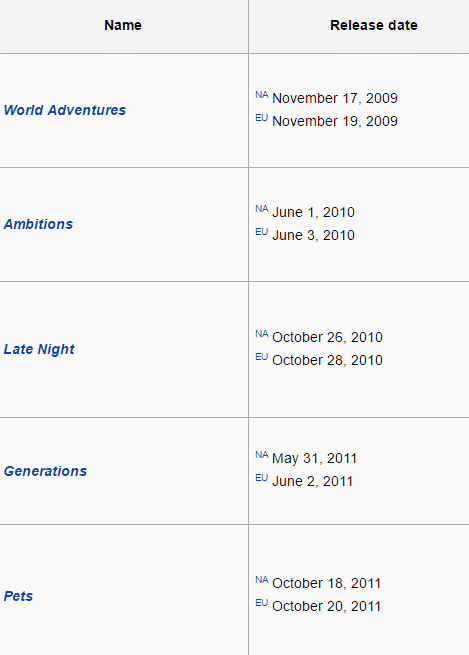 The Packs we’ve got so far are great and totally worth their price, but to be honest, they don’t have a long-lasting appeal like Expansion Packs.

With Stuff Packs, you get some new items and gameplay objects that are worth only for upgrading your current The Sims 4 experience, not creating a new one. With Game Packs, you get new features and plenty of new objects that are focused on one theme in particular. For example, with Dine Out that focuses on restaurants, you get new to go to restaurants as a customer or run your own restaurant with plenty of customization options and objects. Still, even Game Packs start to wear off real soon if you’re not into that one particular theme that they bring.

What The Sims 4 really needs is a better, more frequent release schedule of Expansion Packs. Even if it means moving some people away from Stuff Pack and Game Pack production teams into the Expansion Pack Team, I’m pretty sure we’d all appreciate that sacrifice. The 5 packs we got in 2016 so far still aren’t enough as, lets say, Get Together, and if I had to choose between buying these 5 Packs or buying Get Together, I’ll go with Get Together without a doubt.

Why The Sims 4 needs Expansion Packs

Even though what we have in The Sims 4 so far is great, you can’t deny that Pets, Seasons, University and many other Expansion Pack themes are definitely a must for this game. Not only because it’s basically been a tradition for the last decade, but also because more diverse content will allow better stories and gameplay.

I have to admit that The Sims 4 is starting to feel really small in terms of Worlds. Get Together is the only Pack that brought a proper, full-sized world, but we still deserve more worlds and a bigger variety rather than just lush green areas and a populated desert.

What do other Simmers think

If you’ve ever visited the official Facebook page for The Sims, you’ll know that a majority of people who liked the page are basically begging The Sims Team in the comment section of almost each post to throw their $40 at them, which is the cost of an Expansion Pack.

Almost the same thing is happening in the Twitter simming community and The Sims Forum. Simmers are really eager to spend their $40 on an Expansion Pack, but rather they get offered a $10 Stuff Pack which doesn’t have a long-lasting appear.

Here’s a scenario that’s been going on for weeks: The Sims Team responds to a small group of comments that are related to the Stuff Pack they’re posting about, while the majority of other comments related to Expansion Packs are bumped all the way down because the team didn’t respond to those comments. 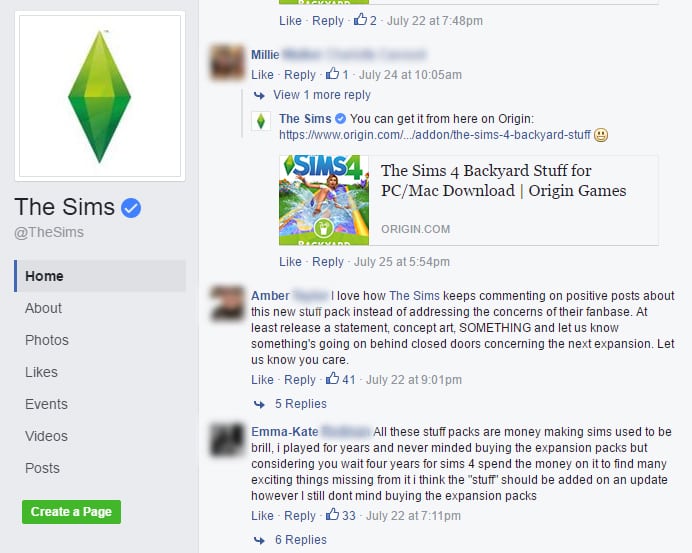 The Sims Team really needs some serious re-organization: they should either move some of the producers from the Stuff Pack and Game Pack teams into the Expansion Pack team or just simply hire more people to make Expansion Packs, just like The Sims 3 did once they started releasing 3 Expansion Packs a year.

I don’t know how The Sims Team entirely functions because I don’t work there, but anyone can understand that it’s only logical to increase the amount of people working on Expansion Packs if there’s a high demand for them.