SimGuruEugi, one of the developers working on The Sims 4, explained some of the apartment functions and their creativity limitations in City Living, such as not being able to play with apartments outside San Myshuno or build an apartment from scratch.

You can think of an apartment building as a neighborhood. They are authored by our world creation team as part of the world we ship for the EP. (We actually can’t patch worlds without invalidating saves).

If we had allowed the creation of apartment buildings from Build/Buy, we would not have been able to achieve the look we were going for. For instance, B/B limits construction to five floors, but you want buildings to look like they have many more than that, so you can look over the city skyline.

There are also performance implications. You might want a building to look like it has, say, hundreds of windows and small items of decor. If those were actual B/B objects, they would all count against our performance metrics.

We also allow multiple households to inhabit the same building. So we’d have to add some element that would have allowed players to define the boundaries of an apartment. If it wasn’t properly authored (e.g. lacking front doors), some game functionality might not work.

So we reached what we think is a good compromise. We modeled “shells,” which are apartment buildings that look great but are technically one object, and then we allowed B/B operations inside it. 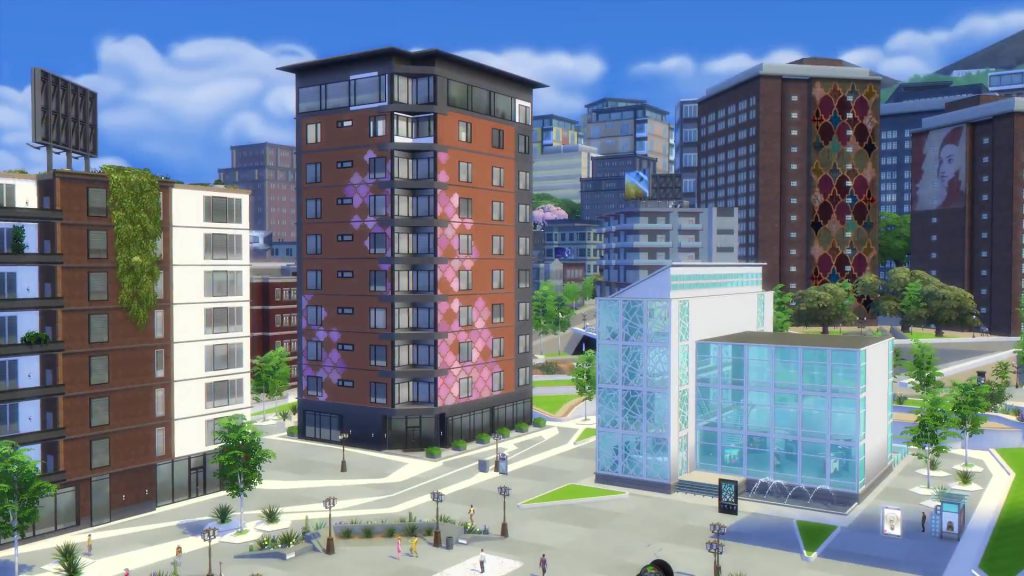