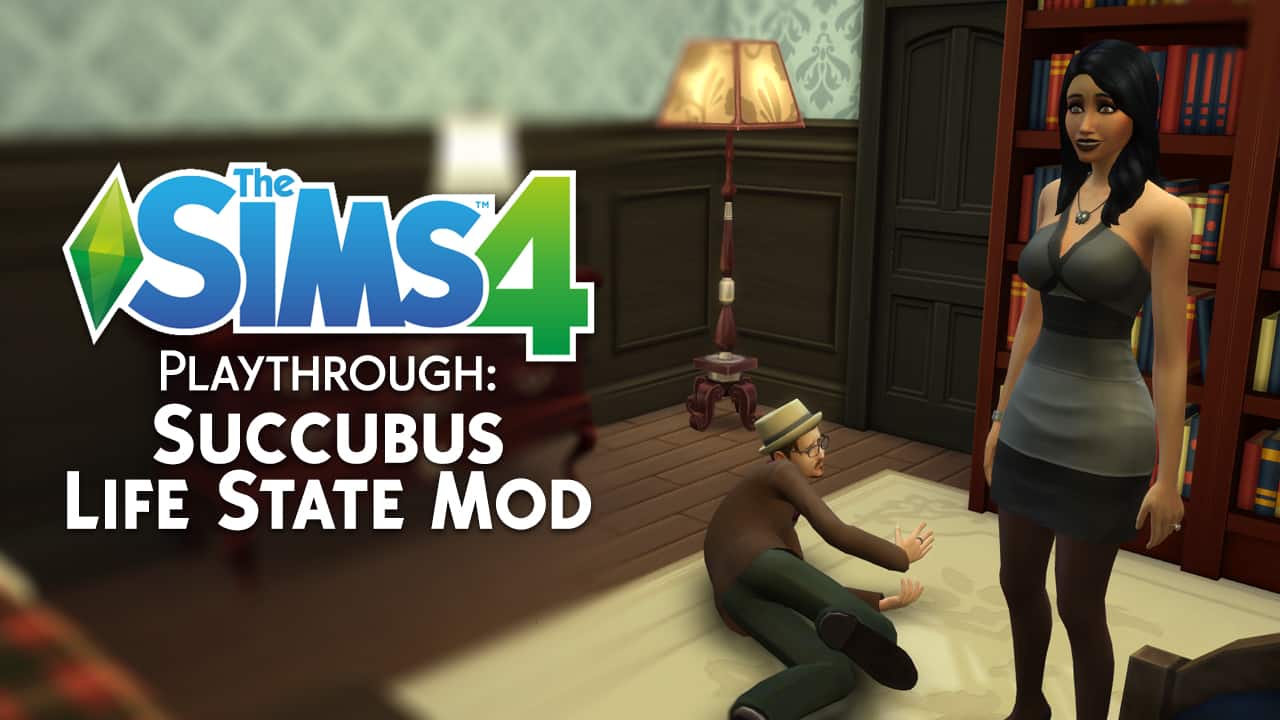 I installed a brand new mod today which lets my female Sims become a Succubus. If you don’t know what a Succubus is, it’s a demon which drains the health of other men through romantic interactions (I’m not really an expert in medieval legends so you can refer to THIS page if you’re willing to learn more).

Anywho, this Mod is perfect for the upcoming Halloween season, since there are supernatural powers involved in this.

To become a Succubus, you need to purchase a mirror from Build Mode called ”Lilith’s Gaze”. 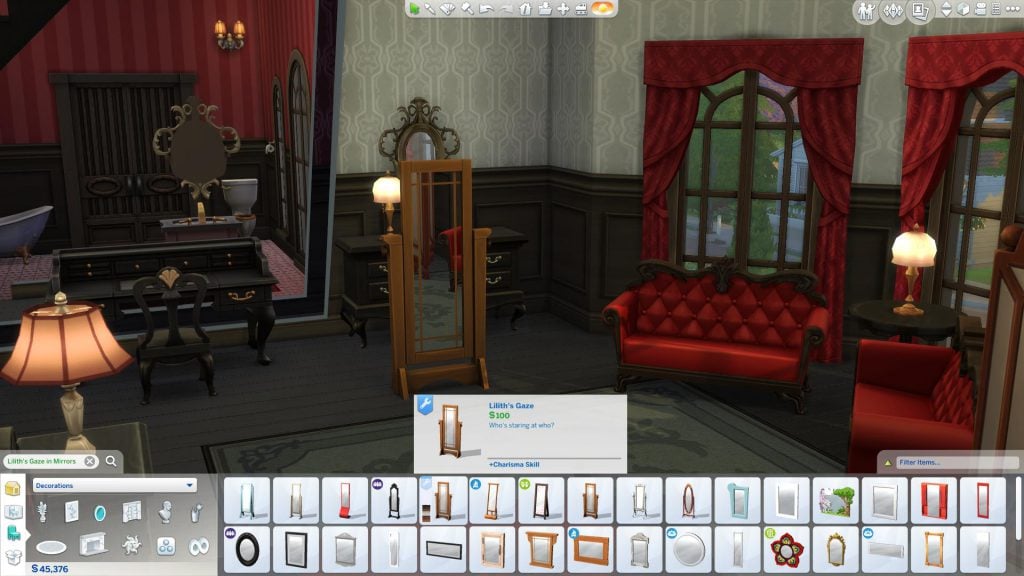 For this playthrough I’ll be playing with the iconic Goth Household – mostly with Bella of course.

There’s a small trick to becoming a succubus though – your female Sim needs to be in a Sad or an Embarassed mood. No worries though, I’ll just make Bella and Mortimer fight each other and eventually make them divorce.

Now that she’s Very Sad, she has the ability to Talk to Lilith on the mirror that I bought. After she’s done having a conversation, Lilith has offered Bella to turn her into a Succubus. You can accept the gift or decline it, but please note that after you’ve accepted the gift there is no going back, meaning that your Sim will be marked as a Succubus for eternity. 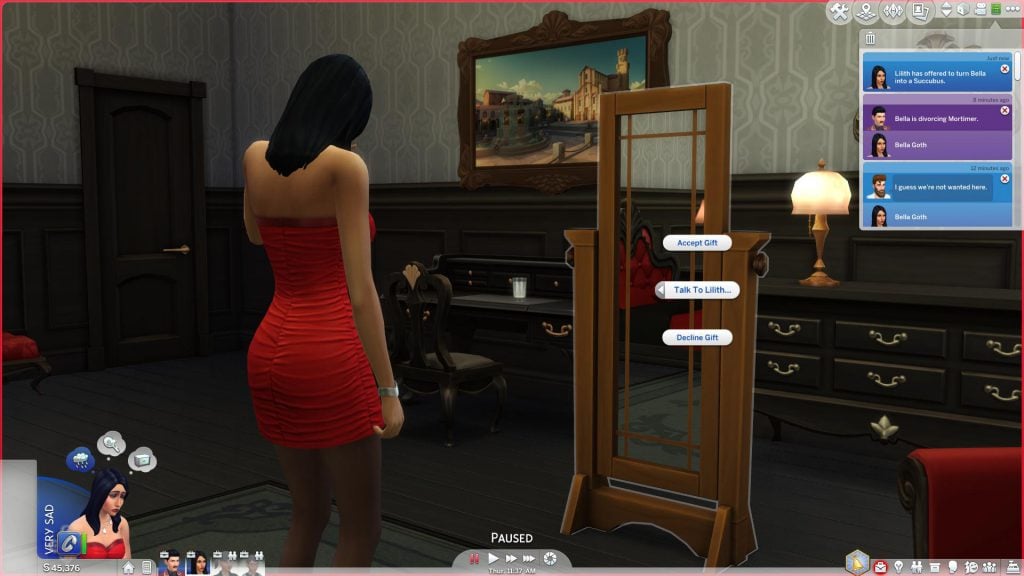 My Sim is a Succubus – now what?

Once your female Sim has turned into a Succubus, there won’t be anything special to mark your Sim’s turning point. Still, you can get creative and give your Sim a makeover, just like I did with Bella: 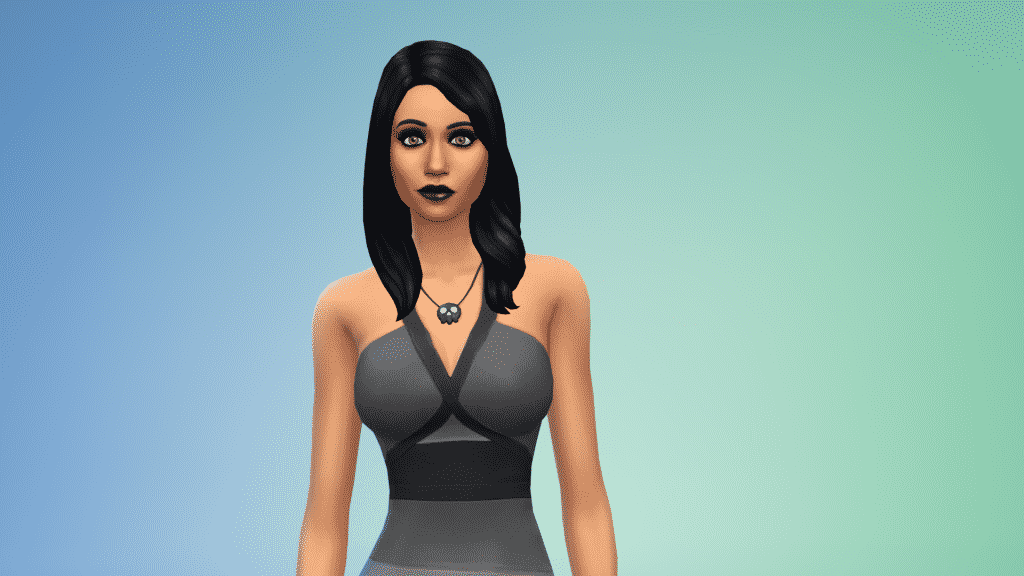 You’ll notice some changes to your Sim’s needs. For example, eating will no longer satisfy your Hunger. You may get a small boost but definitely not enough to fill the hunger bar. Your bladder needs will be locked for good, and your Sim’s physical appearance will no longer change as they work out / eat. 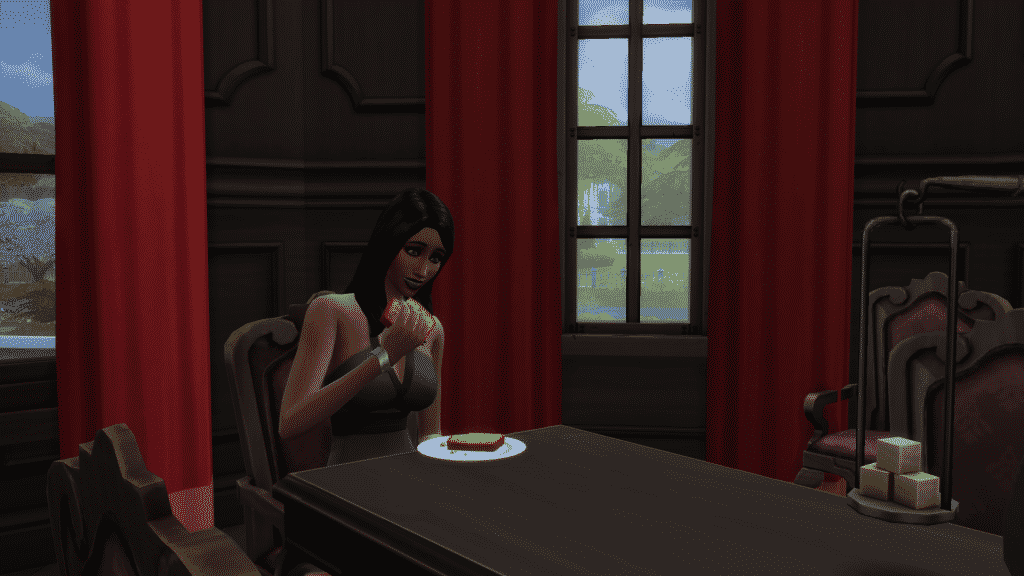 As a Succubus, you’ll unlock 3 new interactions on other Sims:

Using the Beguile interaction is the best way to introduce yourself to a Sim, as you’ll need a higher romantic relationship to use the other two interactions. 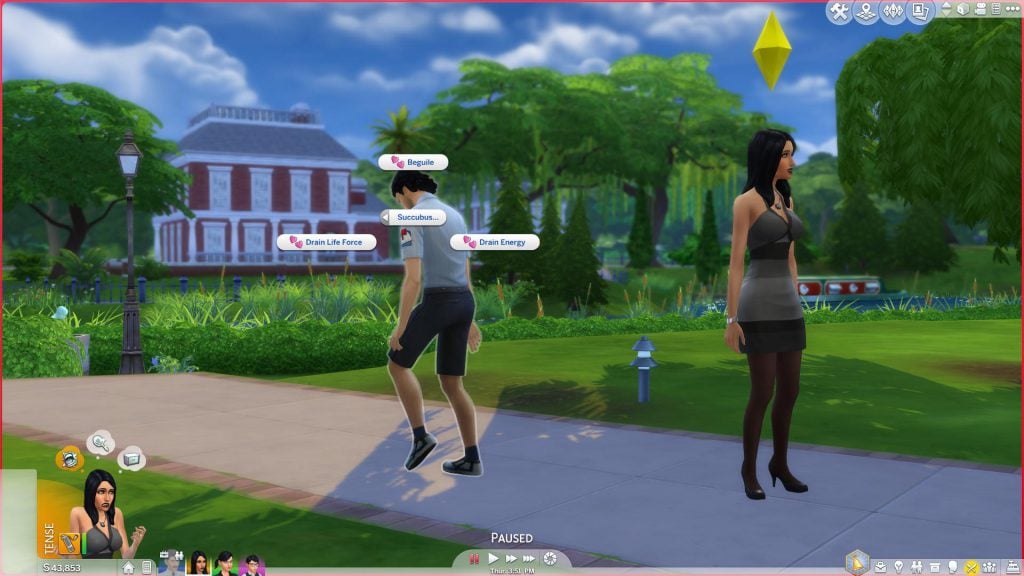 The Drain Energy interaction will restore Bella’s needs, not just the hunger need. Only one kiss performed by that interaction is enough to put your desired Sim into sleep mode!

A Succubus also has another, more powerful interaction, and that’s the ability to drain the life force of another Sim, killing him/her instantly.

After Bella’s romantic victim has died, she didn’t shed a single tear. Yup, a Succubus won’t react to the death of the person they killed.

She has now unlocked an option to turn herself into any life stage she wants: from a Teen to an Elder! 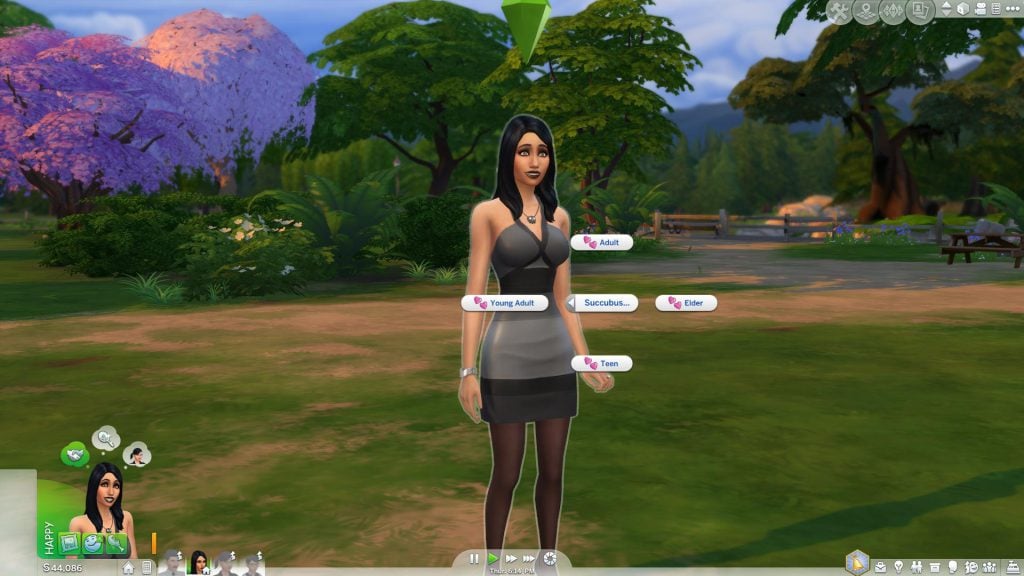 If, for example, your Sim is young adult and you choose young adult interaction, it’ll reset your count towards the adult age. This is perfect if you want to keep your Sim immortal for life!

So, what stories will you tell with the Succubus Life State Mod? 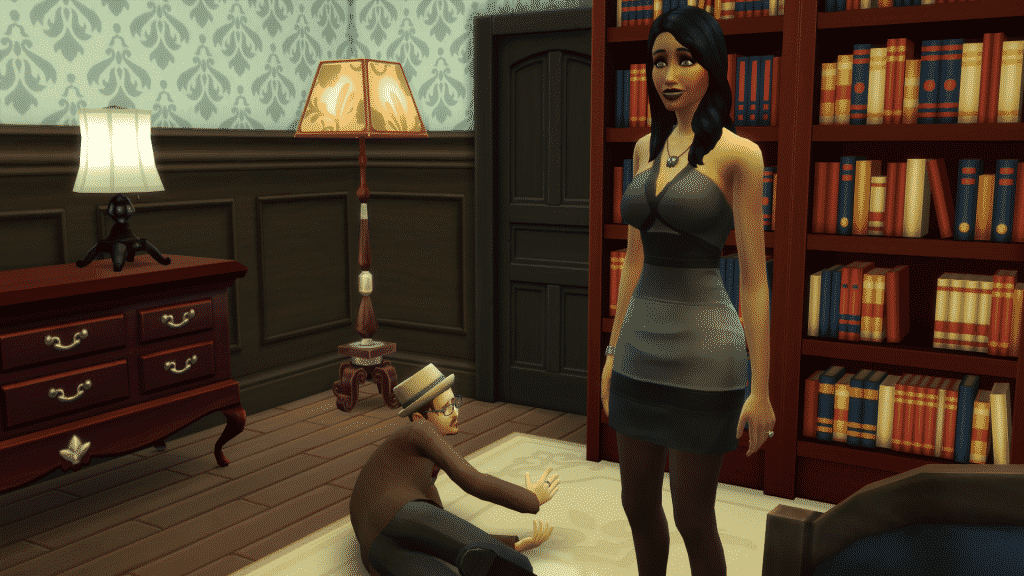