Emily Zeinner published some new concept art pieces on her twitter that she made during the development of The Sims 4 City Living! We also included captions from her tweets as some of them include helpful information for your City Living gameplay!

Some of my favorite rugs I made for #CityLiving ! (Tweet) 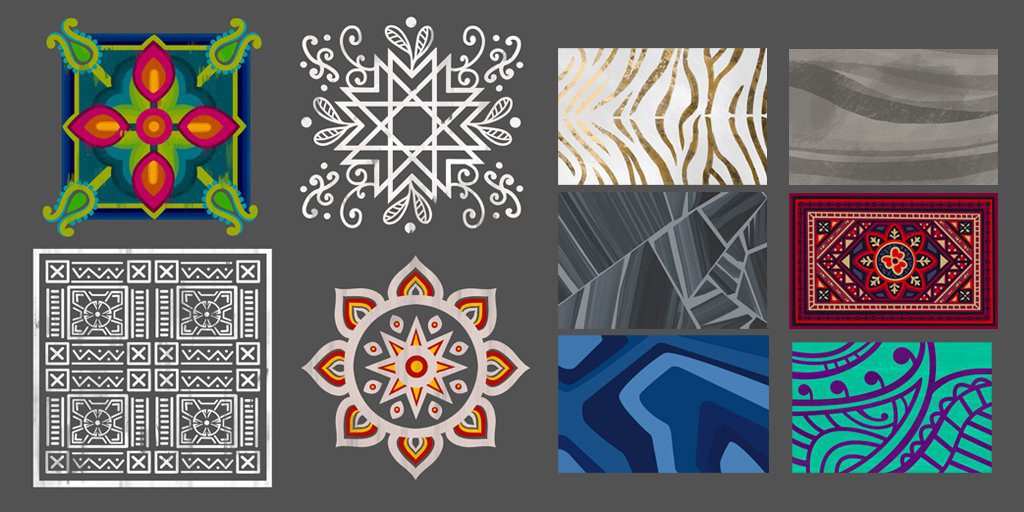 When you actually can do in-game what you concepted. Yay! Don’t forget the candles will float on water! #CityLivingTips (Tweet) 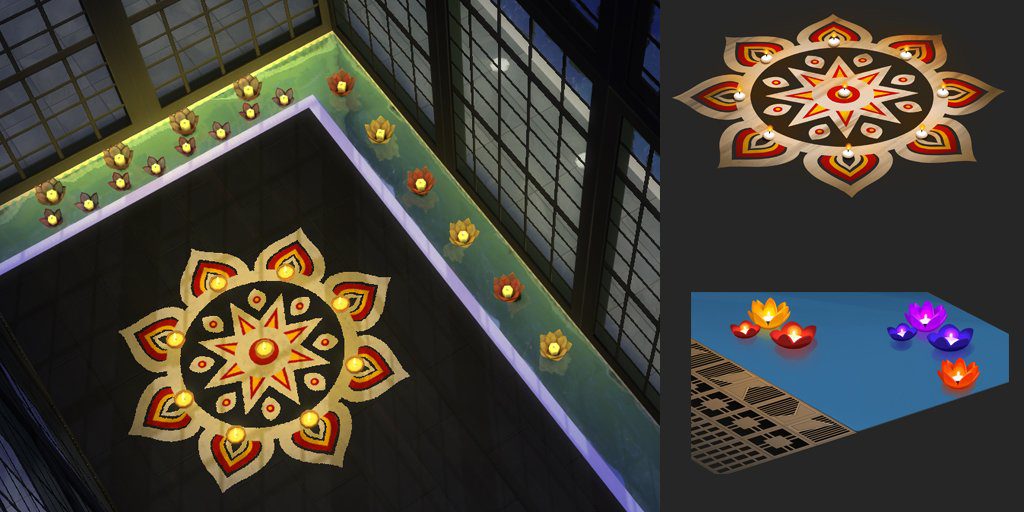 Some of the paintings I did for #CityLiving. SimGuruPJ calls the 2 on the top right “Dredd” since I always draw square jawed men =P (Tweet) 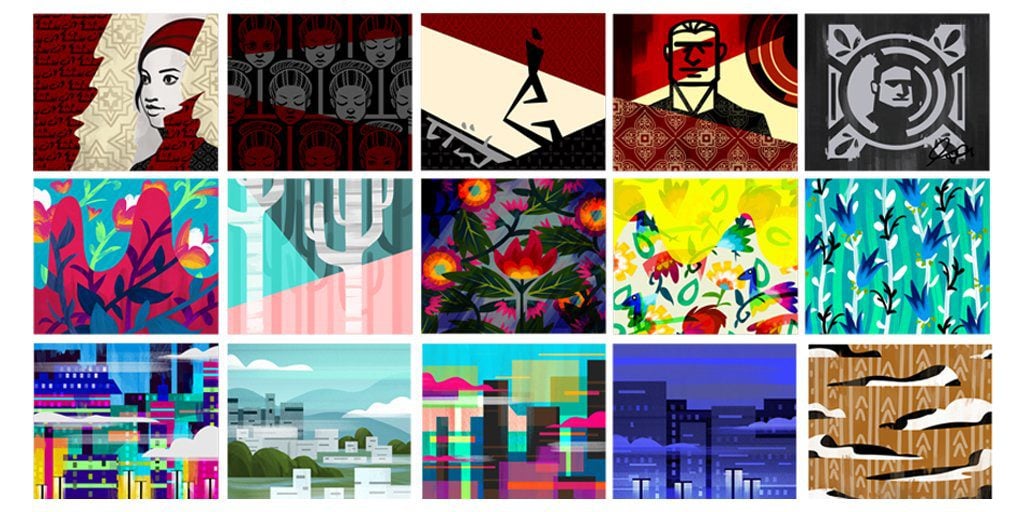 Don’t forget to check ALL variants under each object in #CityLiving. Yes, that even includes the freaking trash cans. (Tweet) 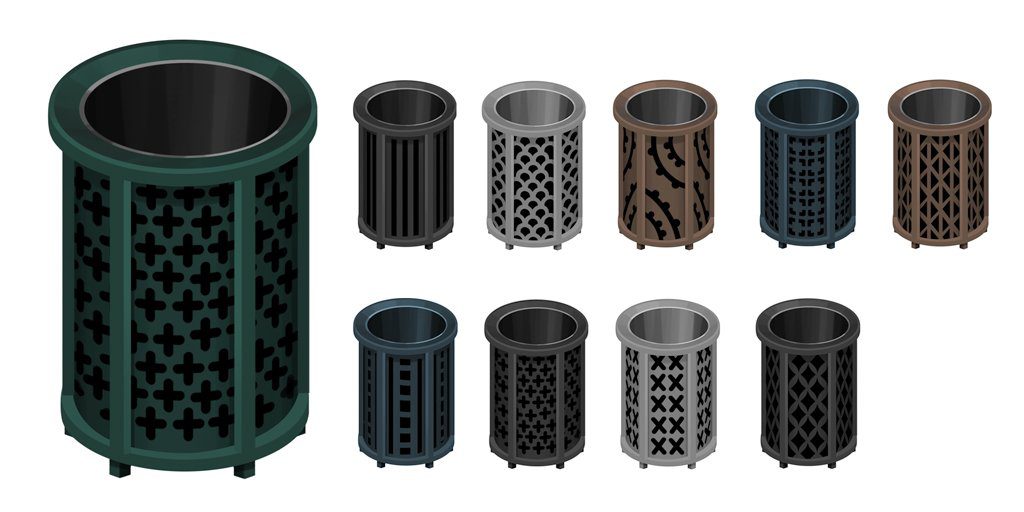 Some more painting stuff for the garage door. Technically there’s more but they’re just distressed versions of my other paintings so~~ (Tweet) 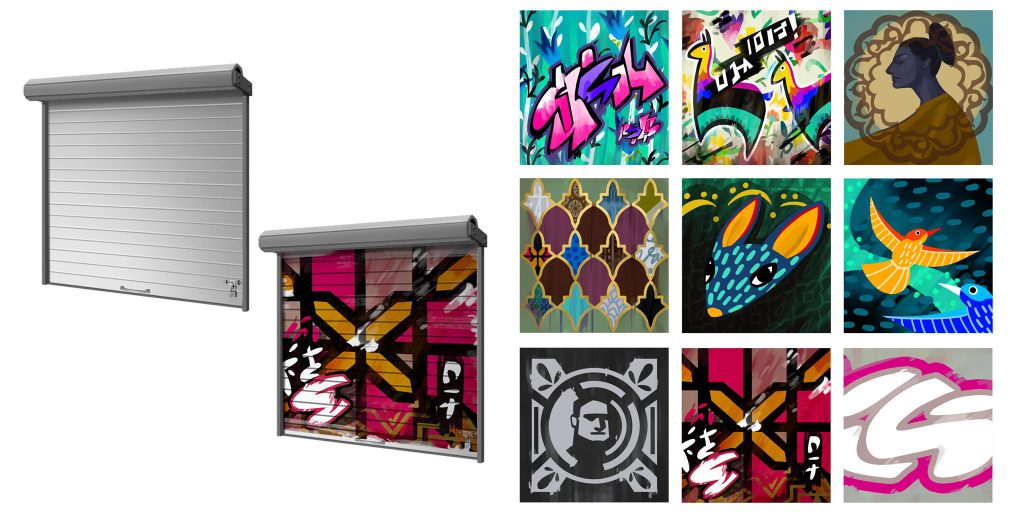 These are my favorite posters I made for this sign from #CityLiving. Someone please make a restaurant using my flirty pita man (Tweet) 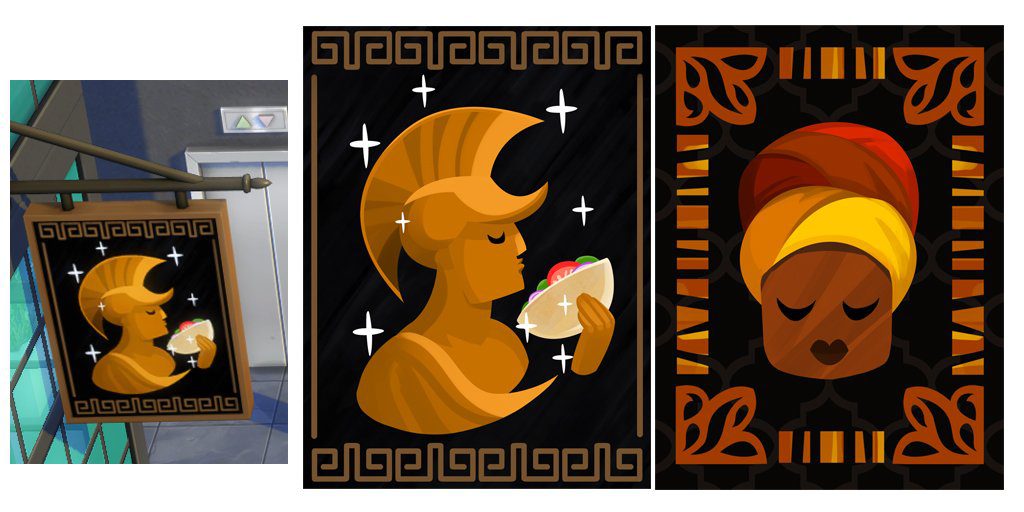 Don’t forget you can overlay rugs for a cool effect. And these 4 objects match each other! The metal/tiles change too! #CityLivingTips (Tweet) 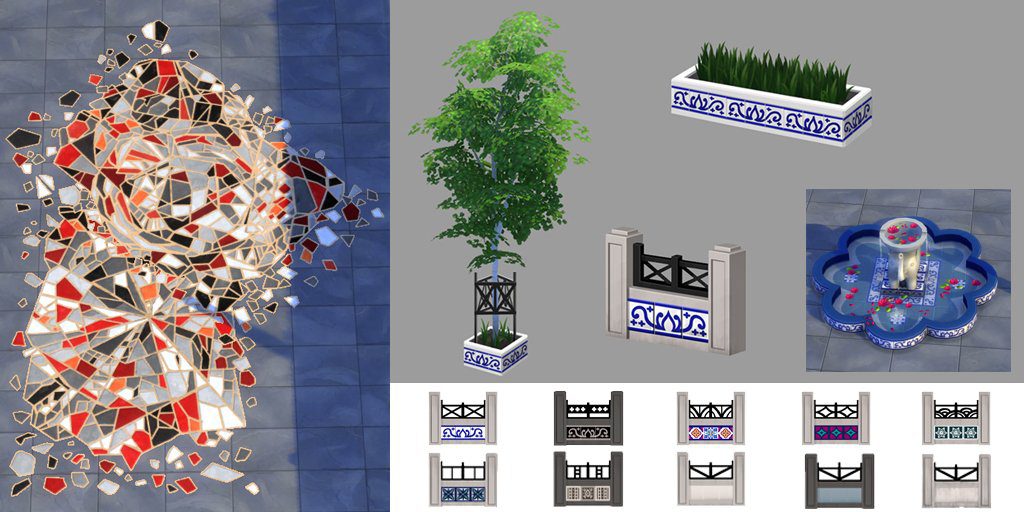