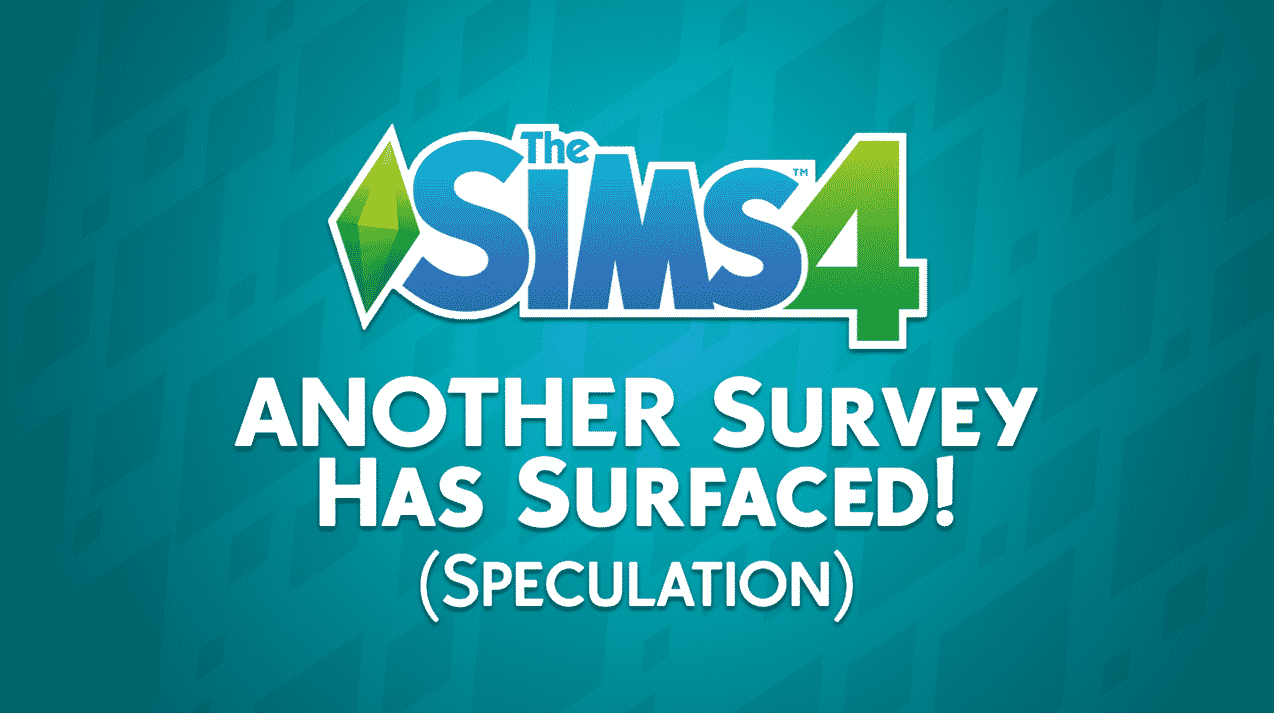 Please note that this post is pure speculation until proven otherwise.

UPDATE: @RemiSurridge reports receiving an e-mail with a different survey sent by EA – the same email that sends her usual The Sims 4 newsletters. Unfortunately, she wasn’t able to take the survey as she didn’t take it on time.

Apparently, this survey is asking people if they would recommend The Sims 4 to others and their thoughts on the game. 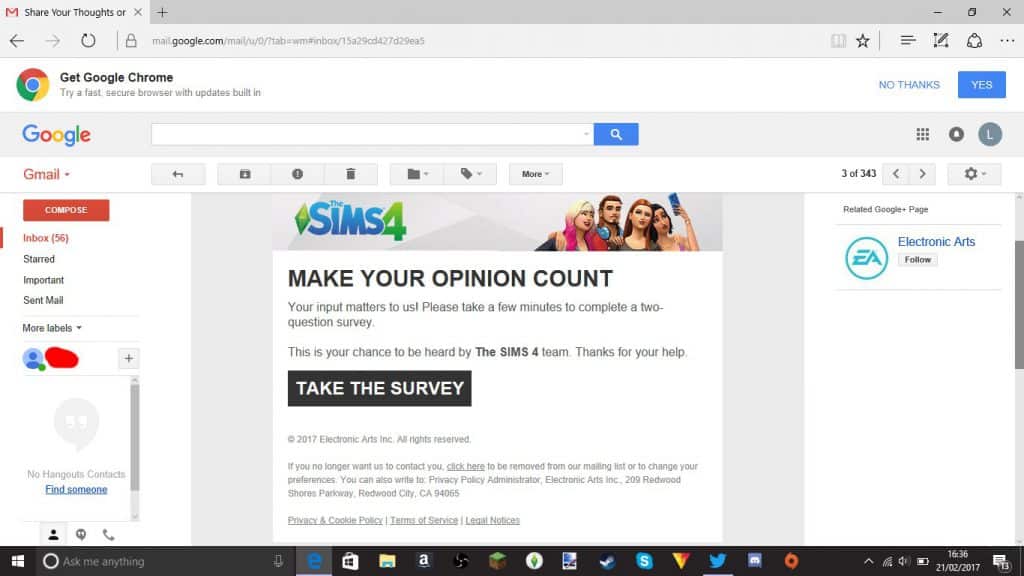 Just a few hours after we reported on a Survey asking about our interest in various The Sims 4 Pack themes, MissTiquelle has reported on Reddit that she received a similar survey.

MissTiquelle published the images of the survey she took saying:

I’ve taken this survey, but it had different options for game pack & expansion pack ideas. It also asked about brands/celebrities I liked/associated with the sims and which occults I most wanted to play (witches, fairies, etc.).

Unlike the survey linked above which was translated from french to english (as it was taken by a french member), this one is fully in english with some different features and pack themes suggested. Take a look! 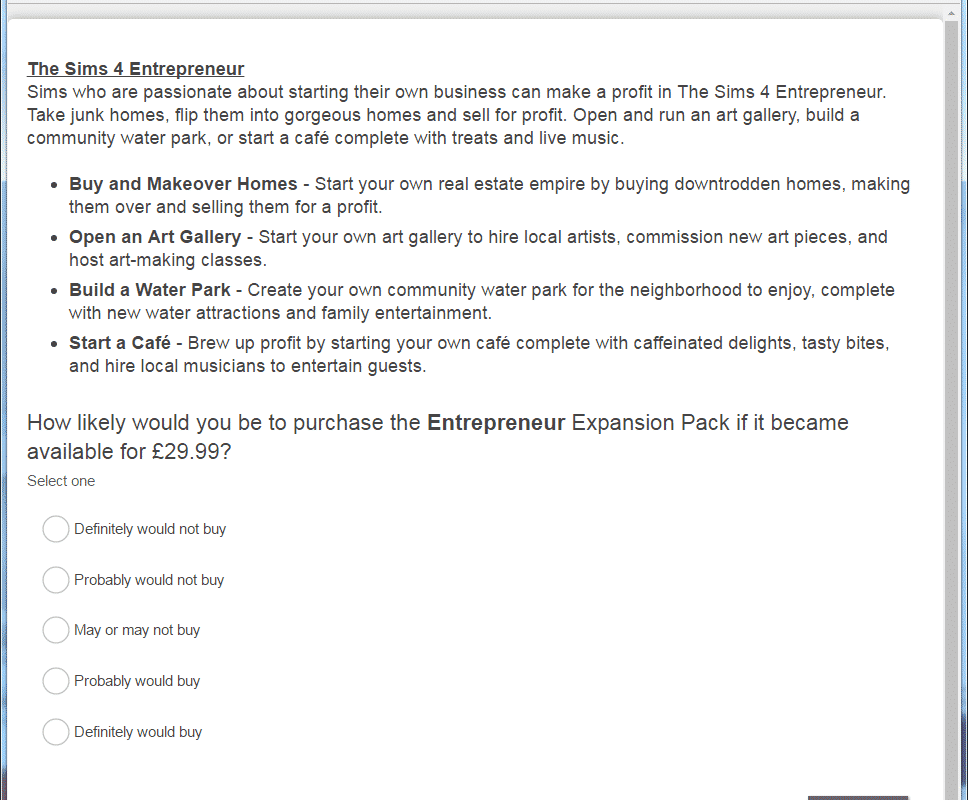 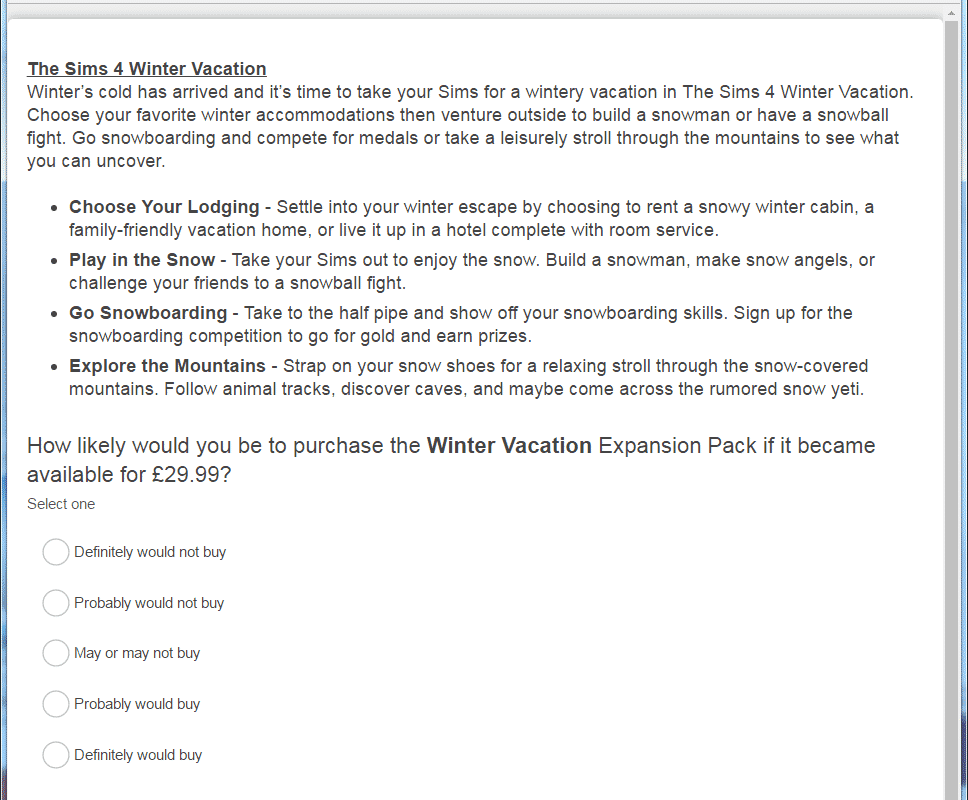 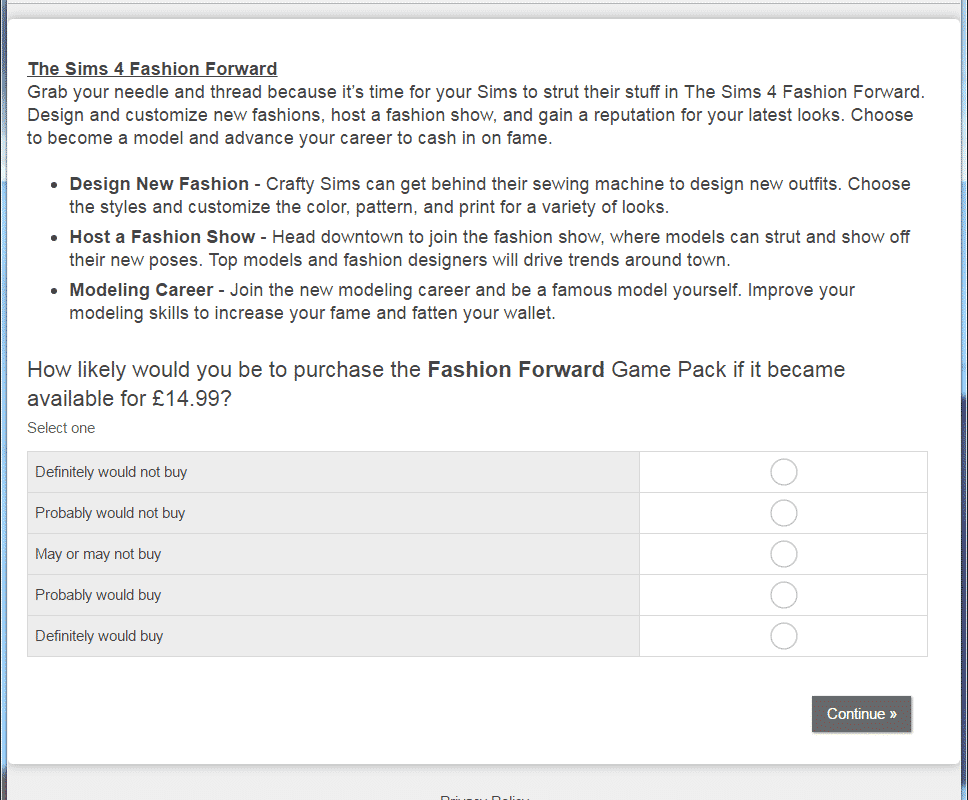 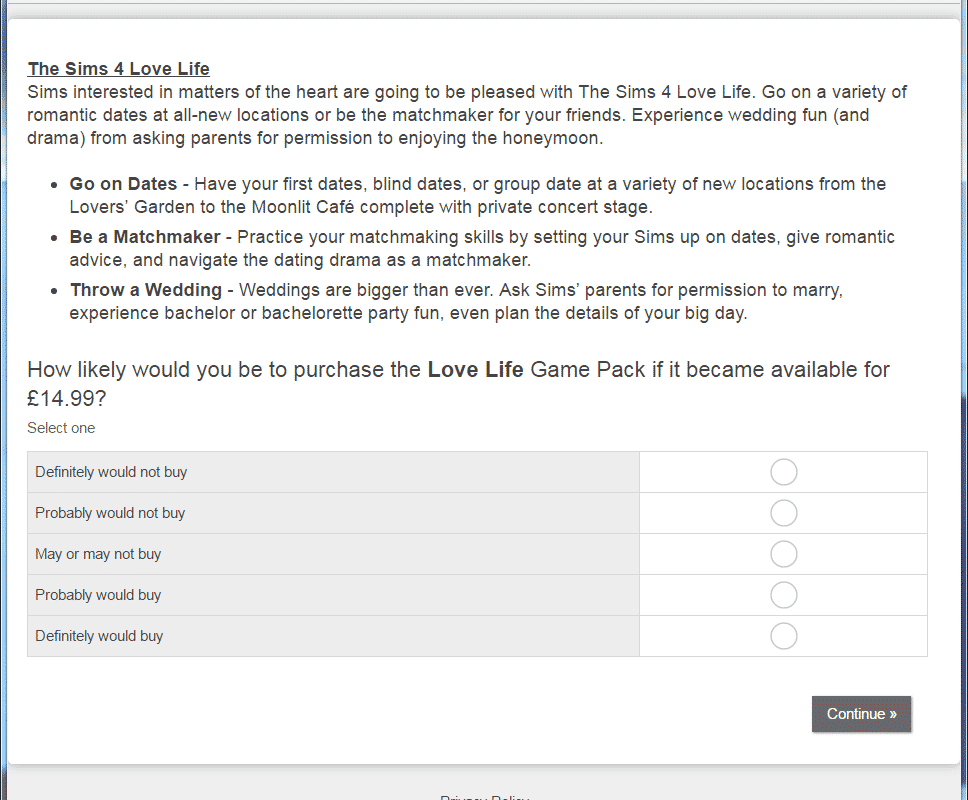 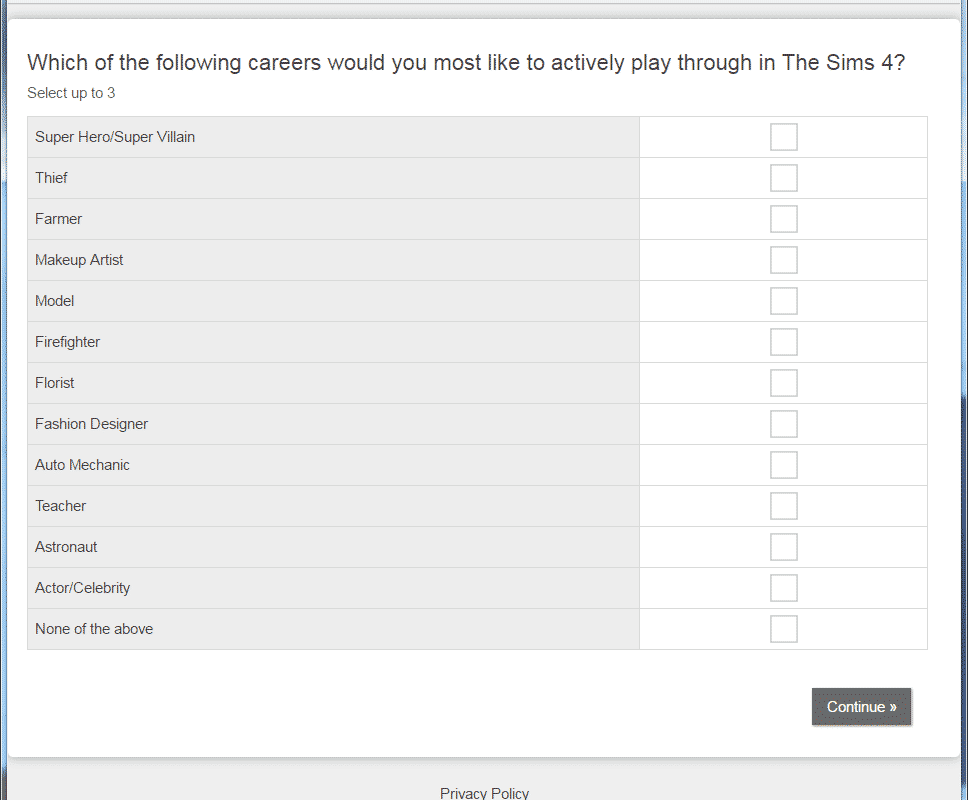 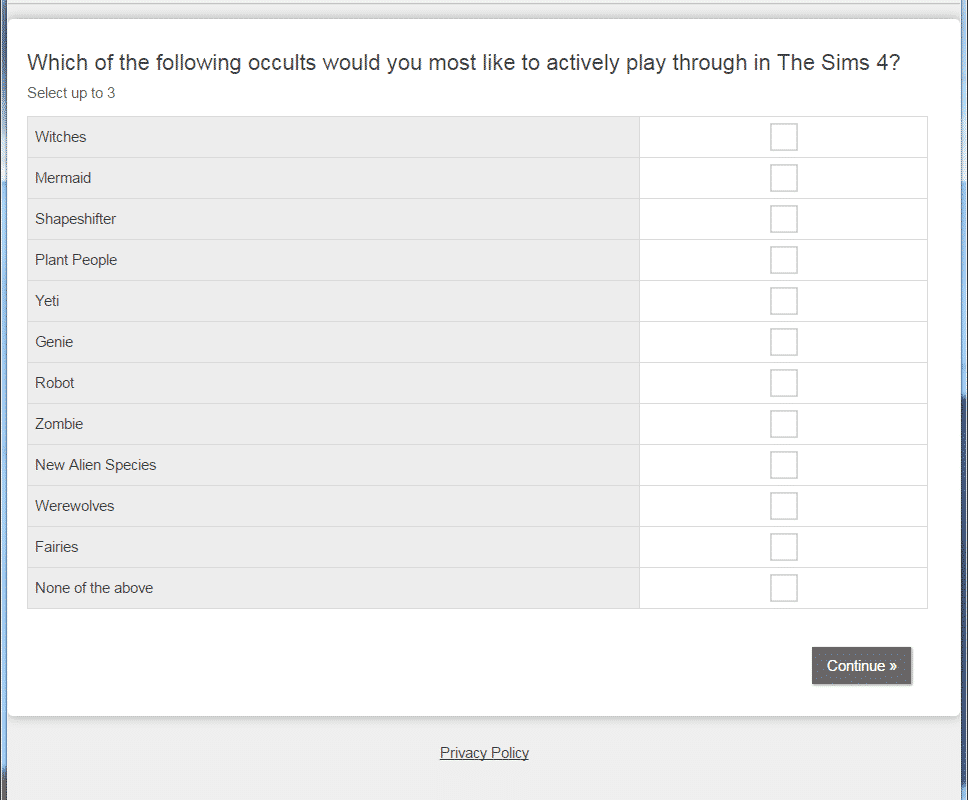