We are currently two and a half years into the development of The Sims 4, we’ve had several expansion packs since the launch, but what makes an expansion pack actually good? I’m going to try my best to answer that.

I’ve been asking the community recently what their favourite expansion packs are from previous games and the results are quite interesting, it was no surprise that many love the staple packs we’re so used to getting such as pets, seasons and university, but some of the others were quite surprising.

It seems like quite a few people love the whole career aspect of gameplay, getting their Sims truly involved in working and playing them through their days at work. The reason this surprised me is because it never came into my mind as a big deal, but thinking back to The Sims 3 Ambitions, it was a huge deal. 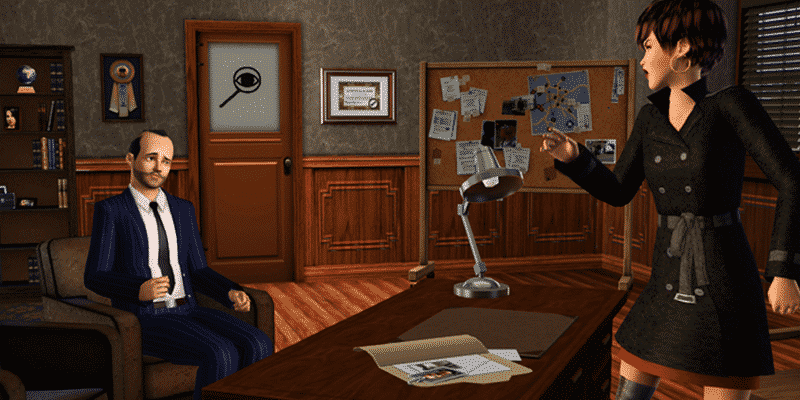 Rabbit holes and Sims disappearing off to work was a usual occurrence to Simmers and then the devs announced we could actually see what happens when our Sims left the lot to earn those simoleons. Another popular choice was The Sims 2 Open for Business, in my opinion one of the best expansion packs we’ve ever received, it was absolutely brilliant and not hard to see why it got many votes, it completely opened your Sims up to a world of retail, to create your own businesses and work your way from the bottom to the top. We’ve obviously got a version of this kind of gameplay in the form of Get to Work, but this also added similar features from Ambitions, we could once again go to work and guide our Sims through the ranks. 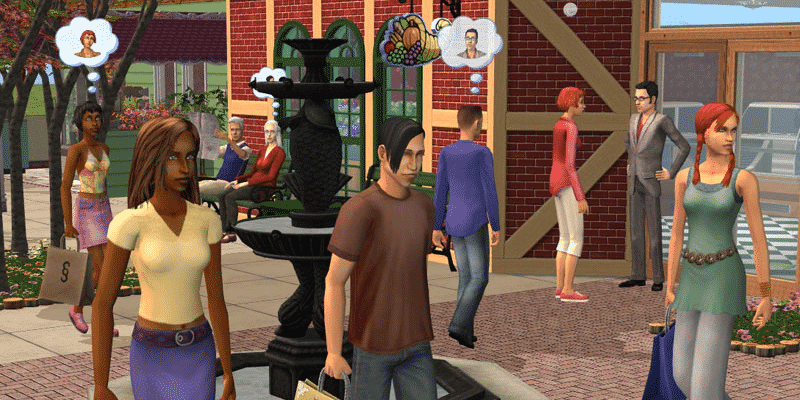 But why are these popular? Most people say it added extra realism to the game, opened up something brand new we hadn’t seen before and obviously was much more interesting than watching your empty lot fast forward.

Another surprise to me was the love for The Sims 4 City Living and The Sims 3 Late night, the ability to live way above the ground in fantastic high rises is definitely more interesting than a grassy plot of land. City Living was especially good at making a great lot with the addition of grungy furniture to make realistic and fun apartments, it’s nice to have those extra details.

I don’t think it’s just the apartments though, I think it’s the environment, San Myshuno is one of the most beautiful worlds the guru’s have ever created and it looks amazing from literally any view, Bridgeport is another fantastic world and it’s always my go-to world when I load up The Sims 3. 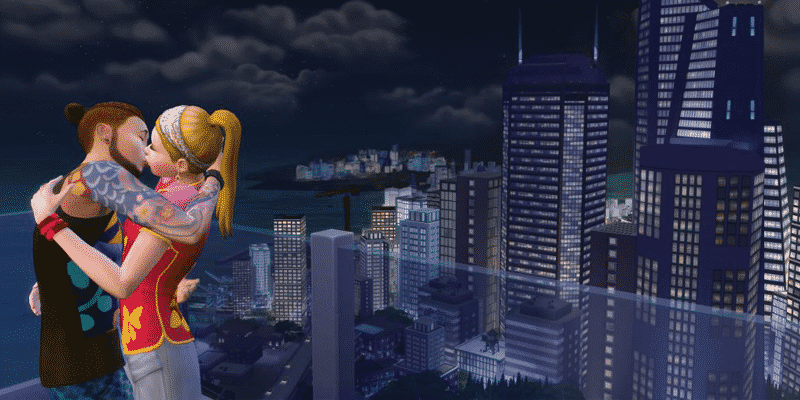 But is a nice environment enough? It’s when the sun goes down our Sims really start to play, The Sims 2 Nightlife added some amazing features and stands out as one of the second iterations best packs, the addition of cars was mind blowing, it added so many new features that really don’t get enough credit, table interactions made dining out a better experience and bowling allowed our Sims to spend more time together.

It’s not hard to see why these packs are so great, they add amazing worlds, fantastic ways to live and so many new interactions, a brilliant combination for a brilliant set of expansion packs.

Generations received so much attention in my research, it seemed like such a popular choice and I was really surprised at this, until I really gave it some thought.

The Sims 3 Generations was one of my favourite packs, it added such brilliant features, some of which we’ve never seen and some we’ve seen before. Now this sounds all well and good, but is that where it fails, it had features you’d expect in the base game, The Sims 2 didn’t have a generations pack but then again it didn’t need it, it had the fun family aspect in its base game and within the other expansion packs. Was the generations pack just a quick fix for a game which lacked the family story telling telling? I think so, but I still loved it. 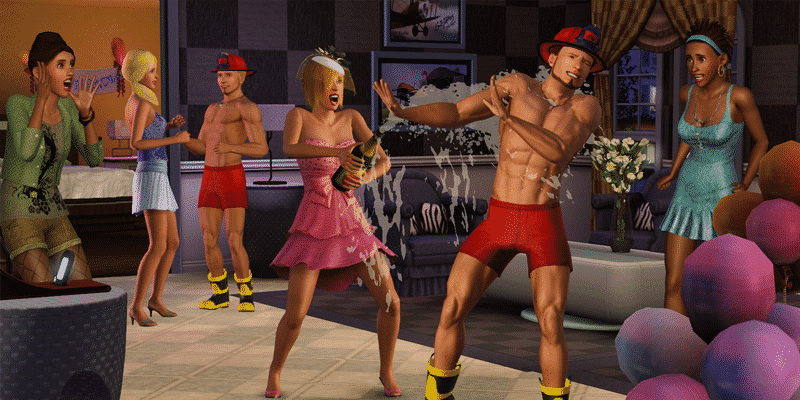 Giving it some more thought I asked myself is history repeating? The Sims 4 is a brilliant game but it was very clearly geared towards the young adult life state, with the many party options and bar/club venues it feels like it doesn’t have enough stuff aimed at families, that’s why I believe a generations pack is so requested.

So while yes it was a good pack, I believe it’s so popular because it filled a very large gap within The Sims 3 base game. Regardless of that it was a great expansion pack and added some fantastic features.

I couldn’t write an article about great expansion packs without including the classics, pets, seasons and university. There is a reason they’ve been remade several times, they are brilliant.

Pets are a crucial part of life, we will all have them some time in our lives so why shouldn’t our Sims get them too? It’s not just having the pets that’s fun it’s making them, we’ve had some brilliant tools to make great pets in so many different varieties and it’s clear a lot of effort goes into the pets expansion packs. 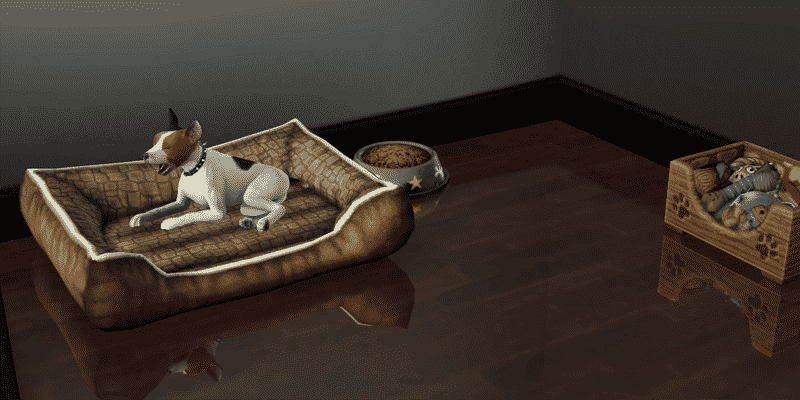 Seasons is another crucial pack, we all experience weather and seasons so it seems strange our Sims live in perpetual sunlight until this pack comes along. A statement which stood out to me was that having seasons in the game adds the aspect of time passing which couldn’t be more true. The pack makes it feel like you’re actually going somewhere in your games when you have the various seasons, it’s definitely a pack we’ve all come to love and miss when a new base game comes around. 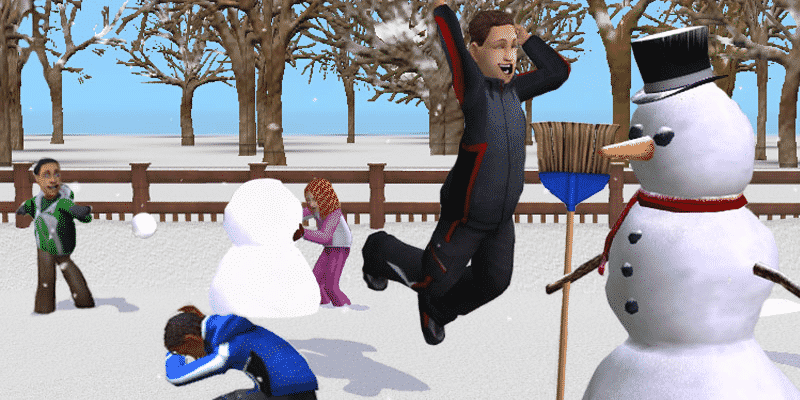 University is the next and it’s definitely a must for me. I believe the whole process of sending your young Sims to college and the challenge of managing work and social life is a great experience. I think that this pack adds such depth and awesome features to the game and it’s not hard to see why it’s a very demanded pack. It would be interesting to see The Sims 4 take on a university expansion pack, I’d love to see them expand upon the class function and add more depth.

I think the reason these packs keep coming back is because they have so much love, care and attention put in them and it really does show, the gurus do such a great job and we should all be so grateful for the work they do for us.

Let us know what your favourite pack is and why below.