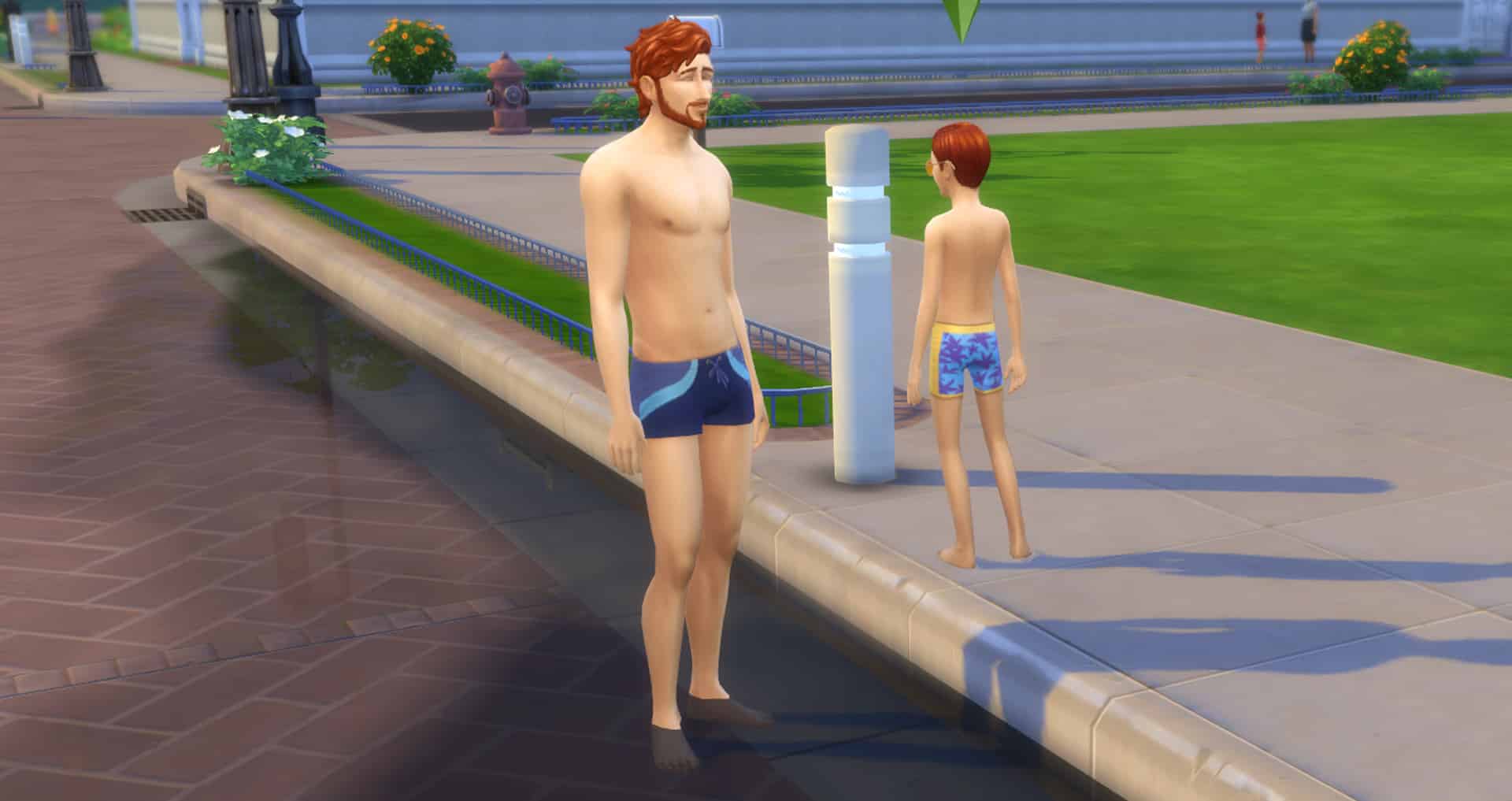 UPDATE: It’s been confirmed by one of our readers that the depth of water puddles was present since at least the Get Together patch came out!

The search for hints, clues and newly inserted pieces of code with each patch is part of the “sport” of playing the Sims for many people. Here, is one more clue. The Sims 4 now has navigable water outside of pools, baths and hot tubs. On the streets of the Willow Creek neighborhood that is home to Goths, there have long been puddles. Indicative of maybe a bout of rain before your sim arrived or perhaps a sprinkler system. While they have always provided a cosmetic bit of realism, these puddles now provide depth in addition. There is now routable water in the Sims 4!

I sent my sim Reg and his son Max out to play in the puddles. As you can see in the pictures below the water is approximately ankle deep near the curb. While the second picture also shows a graphical illusion of the water growing more swallow as it spreads outward from there. 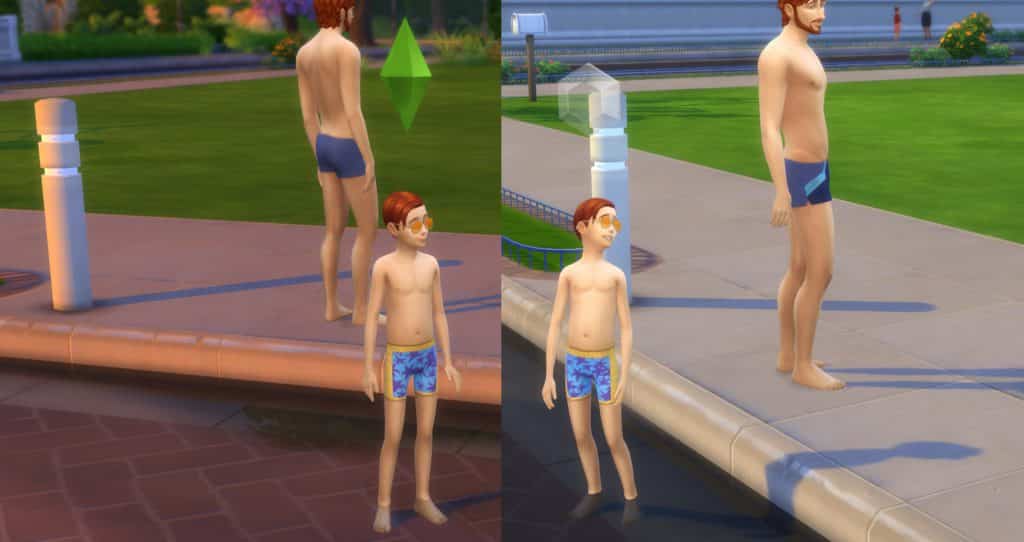 So, what do you think? Is this indicative of anything? Swimming in lakes and rivers, Seasons, Pets, Cars, Toddlers? Oh wait scratch that last one. I forgot to update my auto list of rumored additions-lol! Whatever it may ultimately tie into, it’s one more indication that the Sims 4 is still fluxing and growing even when it’s not officially announced. And even when it takes us a bit of time to notice it. Comment below with what you think this means. Then go in game to check it out for yourself! Also, keep watching the Sims Community for more news. As promised by the Maxis team, it has been an exciting year and we still have the second half to go. Thanks for reading!