Welcome to another Simmer Q&A where we take five minutes to get to know another member of our community and share some of their aweSIM content with you. This week we are joined by the fabulous Vihisha! We have been so excited to chat with her and absolutely love her Drifter Challenge! We asked her all about her simming journey and what started it all.

Q1.) First things first we want to know what got you started on your sims journey and how long have you been simming?

Gaming, in general, has been a part of my life for quite some time and I remember talking about some new games that were coming out with my then boyfriend (now husband of 16 years).  The Sims was something that he had read about in a magazine and thought it might be something I’d be interested in trying out.  Little did I know that these little pixel people would become a regular part of my everyday life, and I most certainly did not expect that 17 years later I’d still be just as excited!  But here I am, still in love with one of the best-selling video games of all time!

Q2.) Now most simmers will know you as the creator of the awesome Drifter Challenge, how did it all start?

I was still making the transition from The Sims3 to playing the “vanilla” Sims4 which had only been out for a few months, at the time.  I was used to having TONS of content to play around with and after the novelty of having a new game wore off a bit, I started looking for ways to really get myself hooked on the newest version of The Sims.  I needed a challenge, something to make me try new things and experience as much of the game as I possible.  I gave myself a basic set of rules/guidelines and thought I’d make a go of it!  My husband casually asked me one evening what I was up to (as the piles of sticky notes got bigger and bigger), and after explaining what I was doing, it inspired him to buy his own version of The Sims4 and try this challenge of sorts I had given myself!

A few days later when talking to my best friend, a fellow Simmer, LessThanZero1013 I told him what I was doing and how much fun I was having playing with this set of rules I came up with!  The play testing started soon after when LessThanZero1013 said he really thought I had “something” and I should think about making it an official challenge with a set of written rules and share it with the Simming Community!  I figured “why not?!”  If I could get a ‘Non-Simmer’ and a ‘Builder’ excited about game play, maybe it WAS worth working on and sharing!  I launched The Drifter Challenge House 001 in March of 2015, with the next two years chalk full of play testing, rule writing forum thread managing and video making!  I’m still adjusting to NOT launching a new House Mini-Challenge each month, as it was a regular thing for so long!  Creating and launching the Drifter Challenge feels like one of the biggest accomplishments in my gaming life thus far!  There’s a whole Drifter Family that’s been built around this challenge!  Many friendships have been made, new challenges have been crafted, new creators have been born, video makers, screenshot takers and storytellers have been sharing their journeys!  The Drifter Challenge isn’t just a set of rules on how to play your game, it’s much more than that!

Q3.) We see so many awesome Drifter stories, how do you feel when you see other simmers taking on your challenge and having so much fun?

Obviously there’s a sense of pride about what I’ve created, but mostly, it’s an overwhelming sense of joy and excitedness knowing how much they are enjoying their game!  I’ve heard from many Simmers who hadn’t found the appeal of The Sims4 yet or who had lost the “Simming bug,” but then they tried The Drifter Challenge and now they can’t stop playing!  It’s fun knowing I had a hand in bringing them such enjoyment! 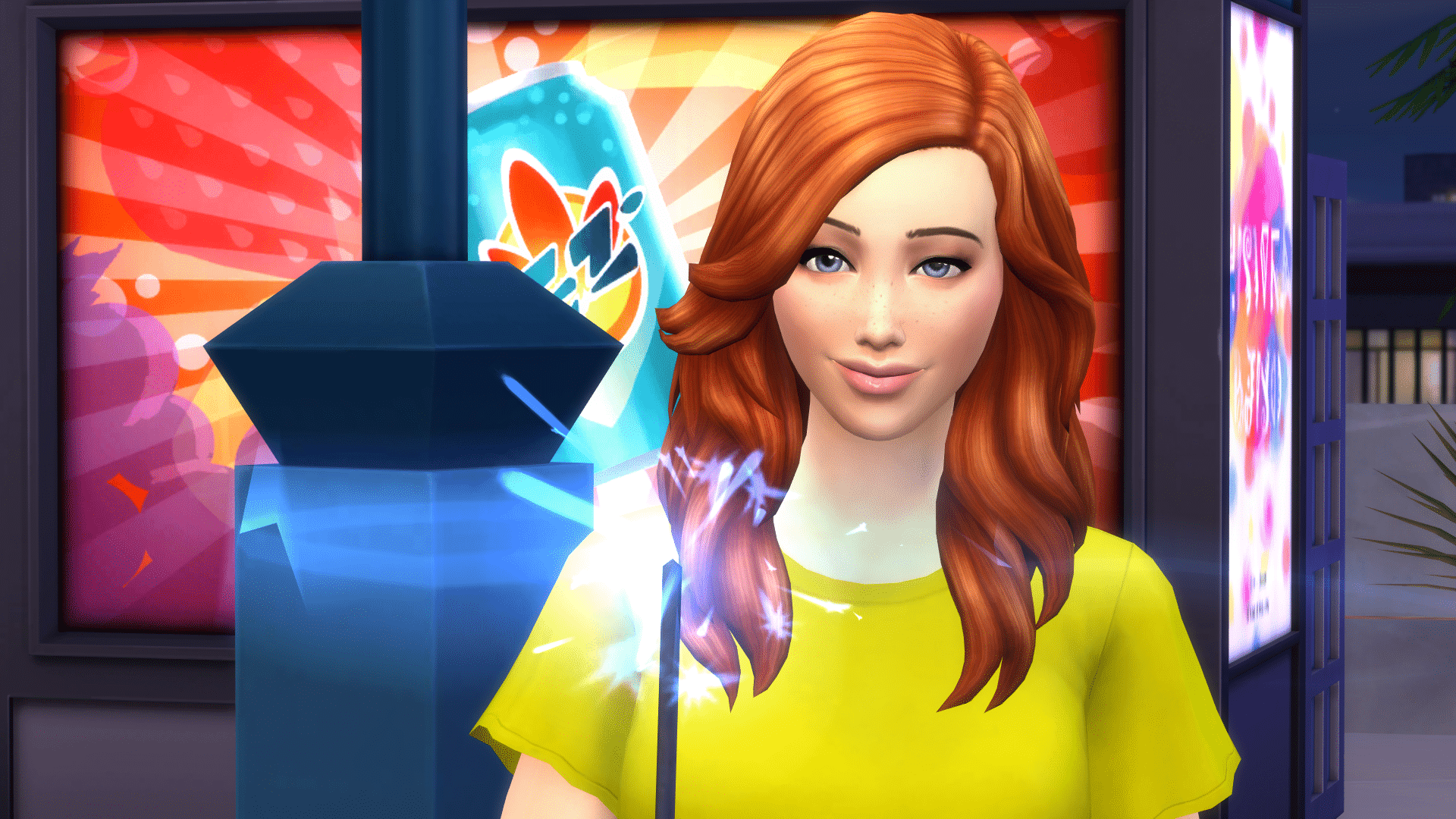 Q4.) So as well as creating the Drifter Challenge you also host your own YouTube channel, which sims videos/stories have you enjoyed creating the most any why?

I have all kinds of Simming content on my channel and I think that the Tutorials and Patch Notes videos are my favorites!  I’ve never been one who could ever come up with stories and the like, but playing teacher and explaining how to do something or keeping people posted on the newest happenings with my favorite game…now THAT I can do!

Q5.) You also host an awesome Twitch gaming channel which we know many people love to tune into, do you have any goals or future plans for Twitch?

I’m fairly new to streaming as I’ve only been on Twitch a couple of months now, but I’m pretty proud with what I’ve accomplished there so far!  Of course there’s the usual goals of making Twitch Partner and having umteem thousand Followers and/or Subscribers…  I actually have a set of goals listed on my Twitch channel as a visual reminder of milestones I’d like to achieve!  But honestly, I stream because I enjoy playing games and sharing that joy with others!

Q6.) We have seen lots of new content within The Sims 4, we want to know what has been your favourite pack so far and why?

Hmmm…this is probably the hardest question you’ve thrown at me so far!  There are so many wonderful things that have been added since day one, and now that I think about it, Base Game was pretty awesome in and of itself!  *A FEW HOURS LATER*  I’ve decided that there are just so many facets to The Sims4 that pinpointing one specific pack as a favorite, at least for me, is impossible!

Q7.) Is there anything you would personally like to see included in The Sims 4 in future packs and if you have played TS2 or TS3 did you have a favourite pack from them?

Oh yes!  Now THIS I can answer!  I would love to see the return of scuba diving and mermaids like we had in The Sims3!  I had so much fun exploring underwater and discovering new collectables, and let’s be honest, those mermaids were pretty awesome!  I can only imagine how these elements would be implemented in The Sims4! Where as The Sims3 Island Paradise was pretty awesome, my favorite pack from The Sims3 was Into The Future!  It was the very last pack that The Sims3 released, but there was so much about it that I just loved!  From the quirky outfits to the jet packs (which were deadly by the way) there was just so much fun to be had!  Seeing your descendants in the future…yeah that was awesome!

Q8.) Finally, we sometimes get to see vlogs of your beautiful family, has anybody else caught the simming bug?

My husband has been known to create a house or a Sim on occasion (though he claims he’s NOT a Simmer), and my oldest daughter has played in Create A Sim a few times!  Overall, they leave the Simming to me, and that’s just fine!  Instead of Simmers, I think I have a household full of future Vloggers, YouTubers and Twitch streamers!

Vihisha’s Quick Fire Questions
Early Bird or Night Owl – I USED to be a Night Owl, but the older I get, the less that’s true!  So Early Bird it is!
Spring or Fall – DEFINITELY Fall!
Singing or Dancing – Singing!
Hugs or Kisses – Hugs!  Or as many know me to say…”Hugs Times A Million!”

We really enjoyed getting to know Vihisha and look forward to more great content on her channels! If you want to follow her we have all the links below:

If you love playing the sims and want to be considered for a Simmer Q&A with Sim Serendipity then leave a comment in the box below or contact me on twitter: https://twitter.com/serendipity_sim