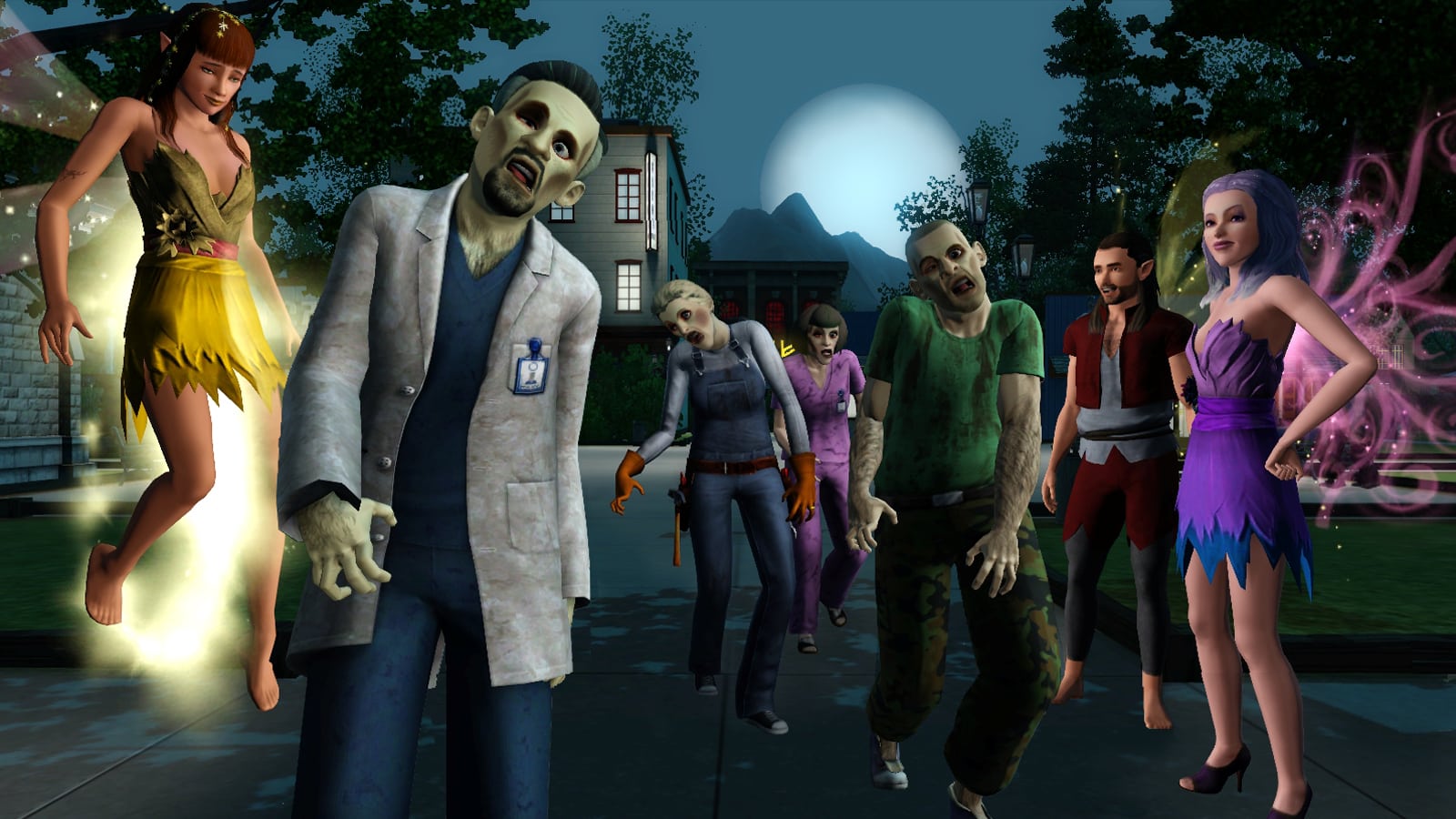 Welcome to another Through the Years, today is the 4th September and it’s a special one. On this day two packs were released, meaning there’s a lot to cover so let’s get to it!

Firstly way back in 2007 we got the massively popular The Sims 2: Bon Voyage, a pack that finally let our Sims travel to exotic and fun destinations to unwind, explore and if booked soon after a wedding, honeymoon. The pack added a whopping three new sub-neighbourhoods which acted as destinations to travel to.

The new neighbourhoods weren’t all the same though, there was an Asian inspired destination, a beach resort and a mountain destination. They added loads of new features for our sims to do while on their holidays, beaches were now fully functionable with swimming in the sea available at selected lots. Hotels were also added to enable sims to live away from home, obviously limited to what you could do they allowed sims to rest, get cleaned up and of course eat. 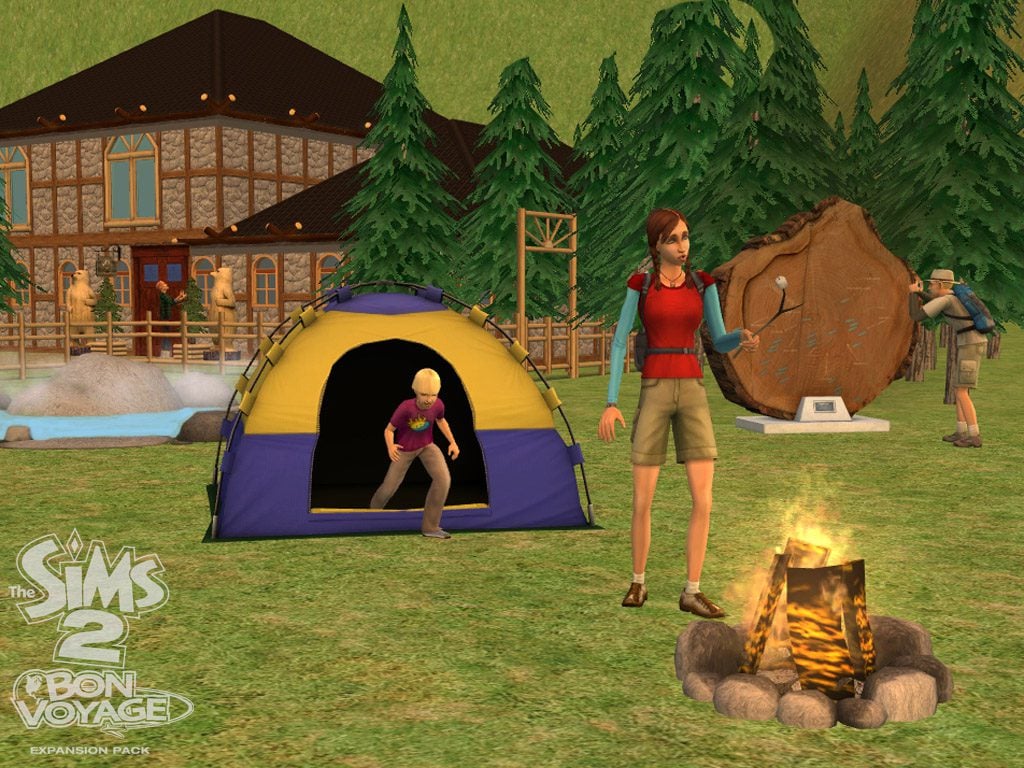 That wasn’t all though, the pack also added many brand new NPC’s, but none as mysterious and exciting as Bigfoot. This creature would lurk about a secret lot in Three Lakes, one of the new neighbourhoods. As well as this the pack introduced new radio stations, new dances, new places to woohoo and way more.

Next was five years ago in 2012 when The Sims 3: Supernatural, another very popular pack in the series was released. It let our sims discover and become a whole load of new occults in the mysterious and scary world Moonlight Falls.

The main feature of the pack was to widen the amount of occults in the game, it added werewolves, fairies, witches, zombies and improved upon vampires to bring them up to scratch with the other occults. All of the occults had different powers and abilities, making each one an attractive prospect.

Zombies were slightly different to the others, this was because it wasn’t possible to become one permanently, during full moons zombies would pop-up around the world and try and bite your sims, if they were unlucky enough to be bitten they would become one, although there are ways to transform back so worry not. 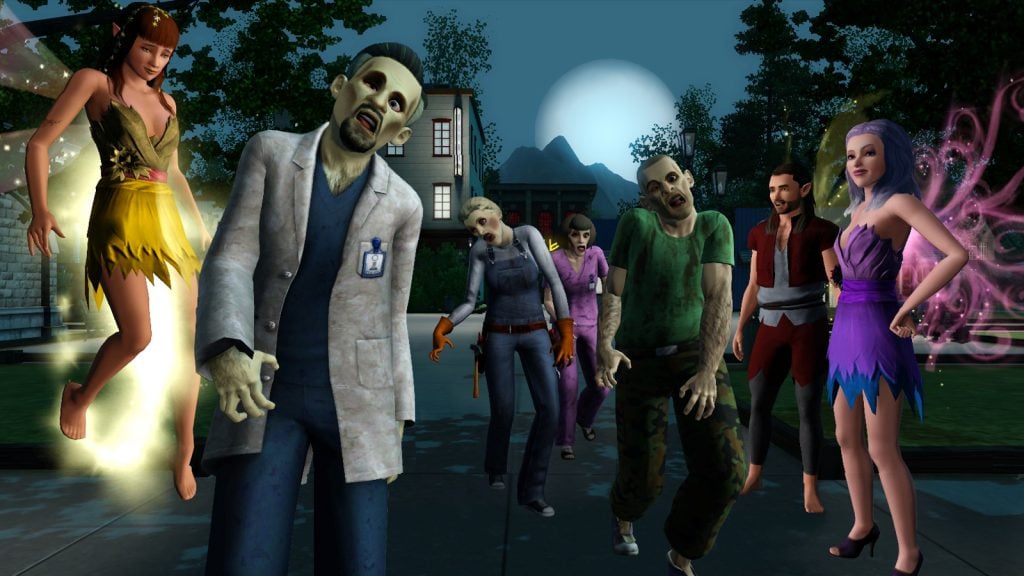 The pack added a huge overhaul to the CAS within the game, it allowed users to change the occults while creating the sims, meaning you didn’t have to transform them in-game. With werewolves needing that special look while in their wolf form this meant new sliders and plenty of new body hair was added to create the perfect werewolf. A whole load of new clothing and hairs were also added to suit all of the occults.

So what did you think of these two packs, which one was your favourite, let us know in the comments.