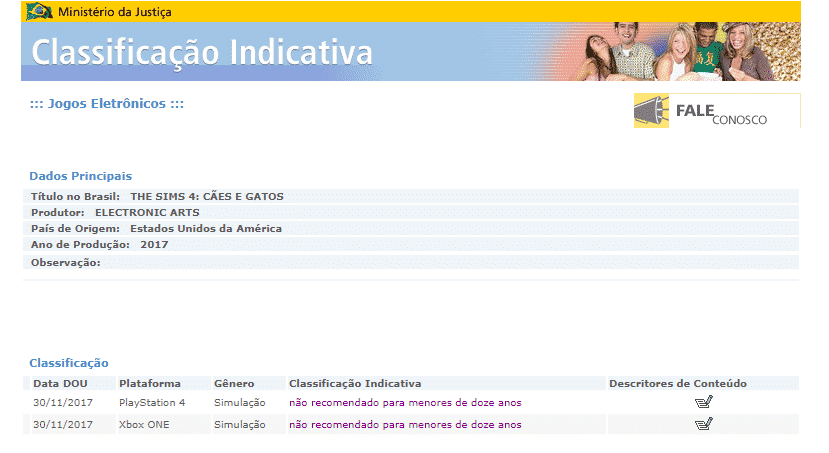 More leaks of The Sims 4 Cats & Dogs Expansion Pack coming to the consoles are popping out. Several weeks after a Polish website Empik listed the pack for Xbox One and PS4 and just a few days ago after EA France accidentally posted a scheduled tweet saying that Cats & Dogs is out on Consoles, a trusted Brazilian website which is responsible for video game ratings in Brazil has listed The Sims 4 Cats & Dogs for Xbox One and PS4.

According to them, the game has been tested / classified on November 30th. Considering all the leaks so far I wouldn’t be surprised if Cats & Dogs is the next Expansion Pack coming to the consoles.