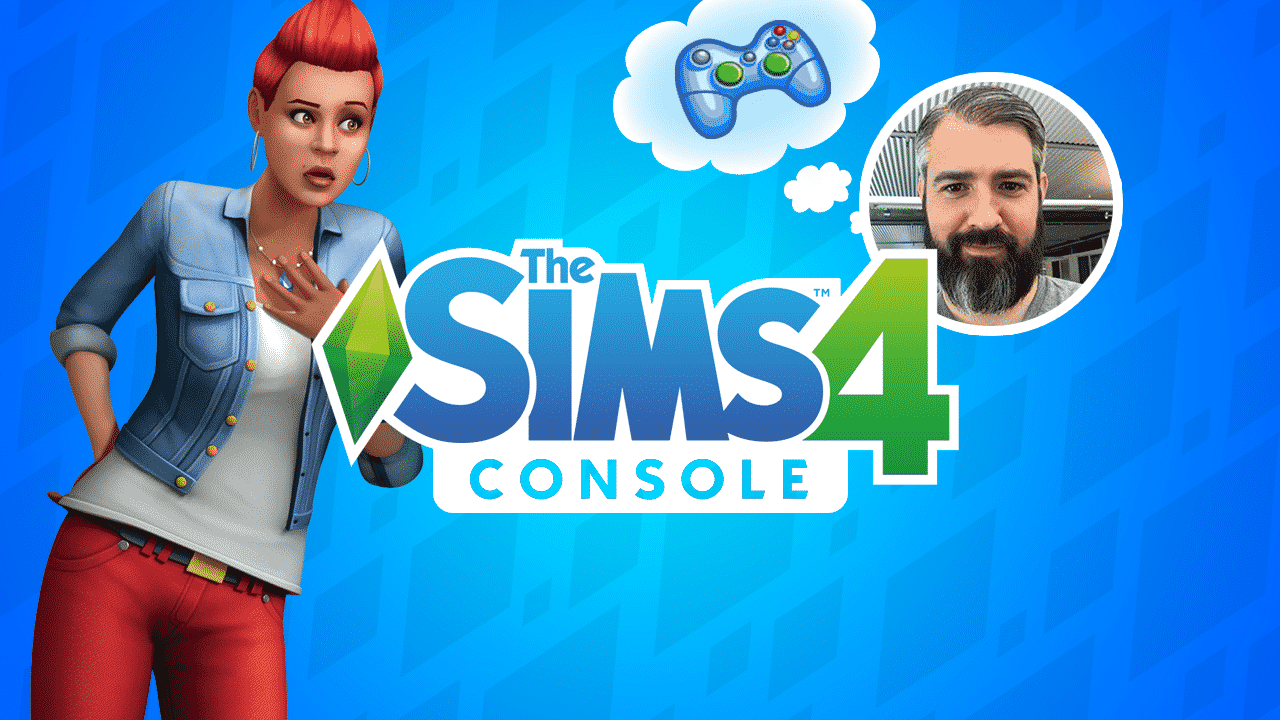 A few weeks ago we had a chance to interview Michael Duke, one of the producers working on The Sims 4 Console. Take a look at what he has to say about the game, its development and the future of Sims 4 Console.

The Sims 4 for Consoles is finally happening! What pushed you to start development for Xbox One and PS4?

Since we launched members of Maxis have talked about bringing the game to console.  It is something we have done in the past and we know we have Sims fans who don’t play on modern PCs.  We felt this was our chance to bring the amazing Sims 4 experience to more players.

Did you consider building an entirely new Sims 4 experience completely different from the PC version and what was the decision to make it the same experience?

Entirely new was never really on the radar.  It was more a question of straight port vs what we have done in previous generations where we tweak the PC game by adding and removing elements.  This time we were driven by the idea that we could unite our community of players be it on console or on PC, and bring them together to enjoy the same game no matter their system of choice.  Once we agreed on that goal, it unlocked cool potential like bringing all of the free updates from PC to Console, and being able to support PC DLC on the Console.  That really makes Sims 4 unlike any console product we have done before, and I think our players will love all of the choices.

Were there any obstacles that you ran into while porting the game to consoles?

Of course.  Controls is always your biggest challenge when moving a PC game to Console.  Especially a game like Sims which has so many hotkeys and contextual menus.  There is a lot of UI in the game.  We also had some challenges bringing our custom engine over to the console hardware but our engineering team did a great job.

Are there any differences between the PC and Console version in terms of User Interface and control?

Yes.  We have mostly kept the User Interface the same.  We have removed UI for things like screen capture and record video since the consoles have system level support for those features.  In terms of control, we created a hybrid control scheme that uses virtual cursor mixed with Button selection browsing the HUD.  This felt like a nice hybrid that let you take advantage of cool features Sims 4 created, but still avoid using a mouse pointer to navigate all of the game UI.

How do cheats function?

Will the game be able to reach 60fps on both platforms?

No, the game does not run at 60FPS.  We felt great visuals and all of the gameplay was far more important than 60FPS for a simulation game.

What’s the highest screen resolution that the console version can support?

We know that you’re currently working on integrating various packs into the console experience. How do you decide which pack is going to get ported to console version first?

We have a cool opportunity to revisit the order of DLC release.  So we are looking at what our players are most requesting and also what packs they are playing the most.  Using that info we have tried to bring forward the most “popular” packs and release them first for console players.  Also, we have tried to make a launch bundle where the 3 packs really work together and complement each other nicely.  So for launch we did Glamourous Vampires living in the City (City Living EP, Vampires GP, Vintage Glamour SP)

Speaking of packs, have you tested the console version running several packs installed at a time and is the performance still smooth?

When we test performance, we turn on all of the packs.  Much like PC, the more you have the more load that can cause.  So we watch it, and we constantly do optimization work to ensure the game quality stays high no matter what packs you install.

Will people be able to choose lower or higher graphic settings or is that something that already comes preset in this version?

It is preset on the console version.  We know what your hardware is capable of since everyone has the same machine.  So those felt like good options to remove.

When it comes to updates, how often do you plan to release updates and bug fixes for this version?

We just launched so we have not settled into a steady cadence quite yet.  We do want to bring players new DLC at a regular cadence though, and obviously we want to respond to player feedback as the game launches and make sure we put our time into the features our players most want.

Let’s say that The Sims 4 for PC releases a new content update with new features. Will The Sims 4 Console get the same update on the same day or..?

I don’t think we will get to be same day.  The fact is PC does not have to go through a 3rd party to post the update.  EA owns everything end to end.  So, we have to work with Sony and Microsoft which means we have some delay.  Also, when the PC team builds something, we need to bring it over to console and make any needed changes to have it work on the console hardware.  Once it is in, we still need to test and work with Sony or Microsoft to get the update out.  So, expect a bit of lag between PC and console updates.  We do plan to bring updates to console though.

Will the game support Xbox One X and PS4 Pro?

The game runs on both systems.  You will get improved loading times and a faster speed 3 from the better hardware.

Can you give us an example of the new soundtrack coming to console and will that soundtrack eventually make its way to The Sims 4 PC?

There are 5 new songs available on console.  All of that music will make its way over to PC as well.

For those of you who prefer to play on a console, I’m excited to share the full potential of a Sims game with you.  I hope you will jump in and try it, and be sure to let me know what you think over on Twitter, @SimGuruDuke