The Sims 4 My First Pet Stuff Pack is the 14th Stuff Pack in the series which adds a little bit for Toddlers, Kids, Adults and..um…Pets?

That’s right. The My First Pet Pack is the first Pack in The Sims Franchise which requires another Pack (in this case the Cats & Dogs Expansion Pack) in order to unlock this pack’s full potential. Does all of this complexity make the pack worth it? Find out in our review!

This review is based on 5+ hours of gameplay.  Even though I was given an early review copy by EA to test the game, I am not by any means paid or bribed to state positive (or negative) opinions about this game pack.  I will give my honest opinion of the stuff pack; its content and what it brings to the game.

My First Pet Stuff Pack offers new CAS items for Sims (and Pets) of all ages.

First off, there are several new outfits and hats that you can put on your Cats & Dogs. They’re cute, but almost all of the new items are pretty much conversions from Base Game outfits for Sims but made for Pets. The content that’s available for both Cats and Dogs looks like something that a modder could’ve converted in a matter of few weeks and, beside the new banana outfit for dogs and a bee outfit for cats, everything else looks pretty much the same in terms of originality. Yeah, it’s fun to dress up your Cat or a Dog to match with your Sim’s outfit but that idea could’ve been left for modders and custom content creators to figure out while The Sims Team decides to create more original outfits for Pets. However, that isn’t the case and you get more of the same. 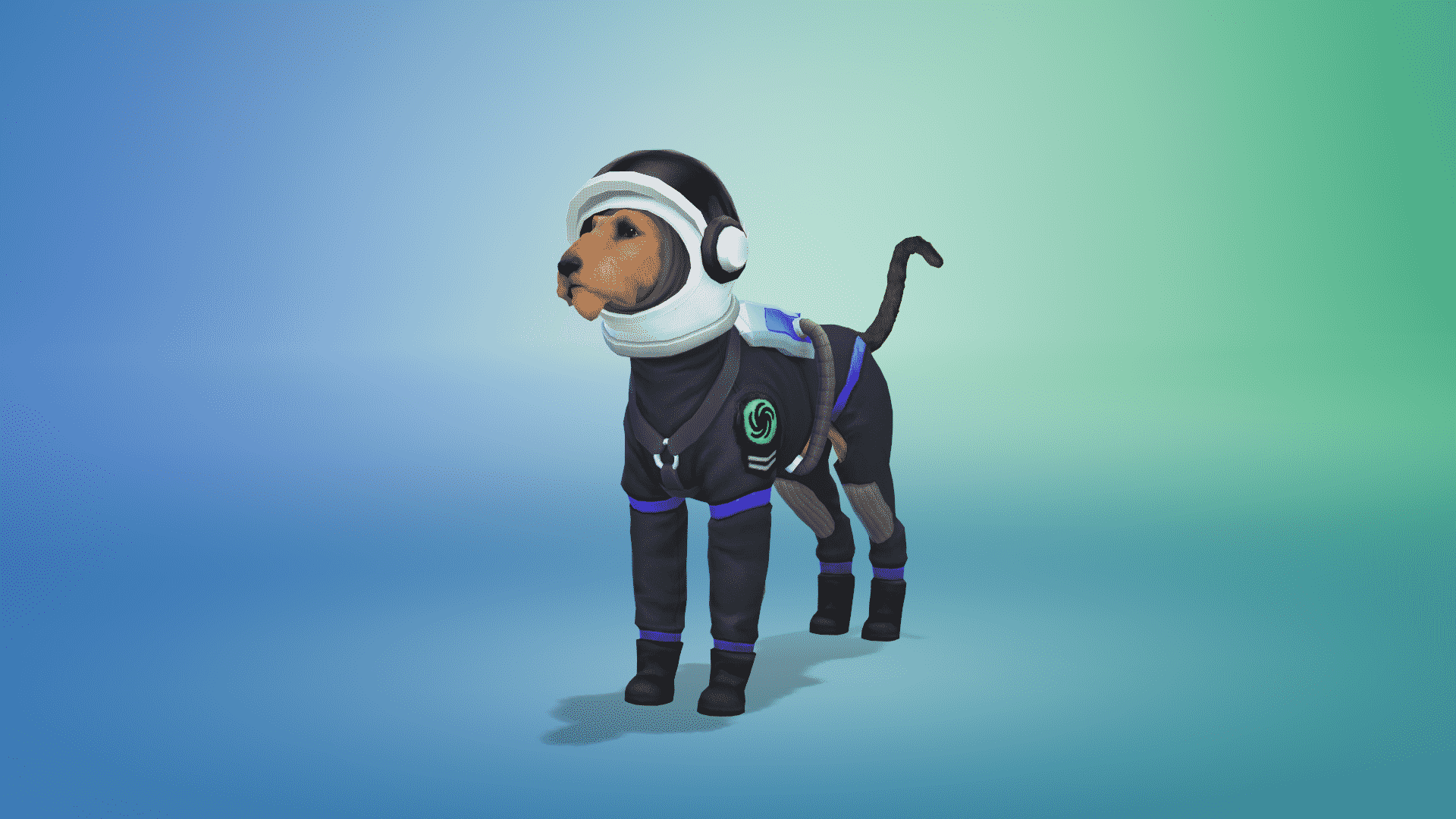 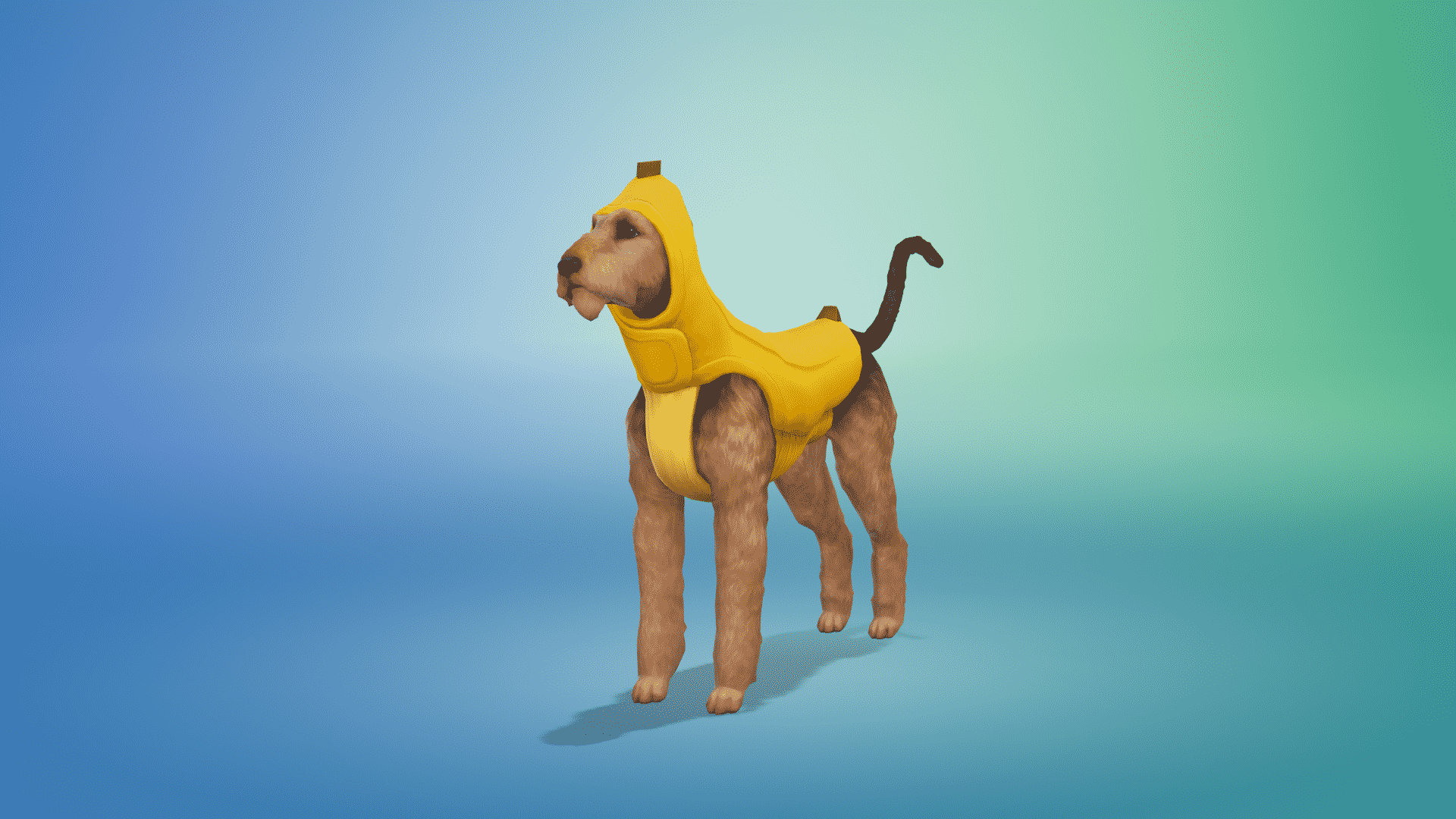 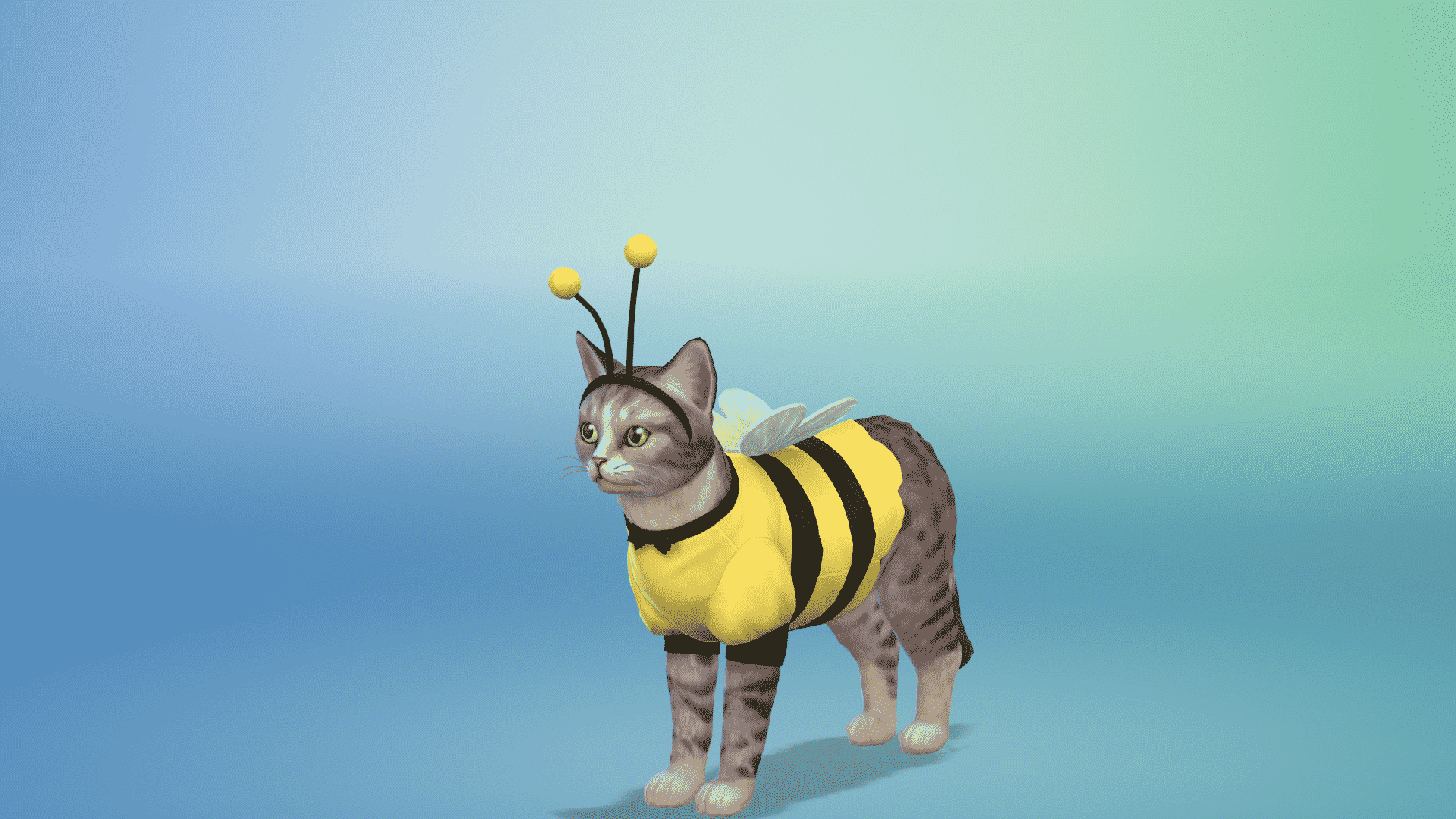 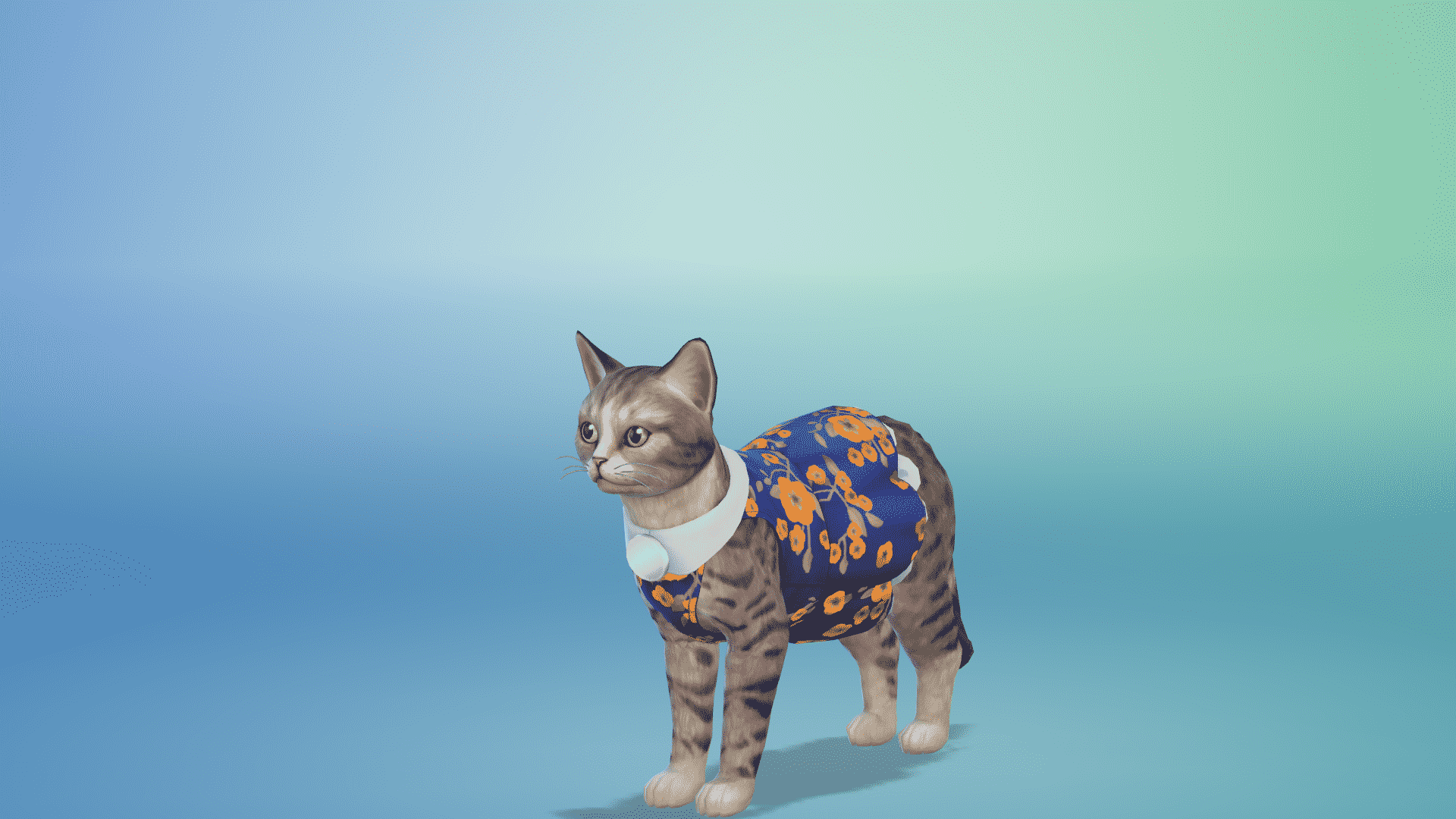 I was deeply disappointed by the new additions for Sims as well. Other than 2 new hairstyles, a hamster onesie and a sweatshirt with a hamster hoodie there isn’t anything unique or particular that makes it stand out. There aren’t even new Styled Looks for Adult Sims and only 1 Styled Look for Toddlers and Children (both of which are unisex) which proves that there isn’t anything unique in CAS. Even the Styled Looks that you get are basically one outfit applied to your Toddler / Child. 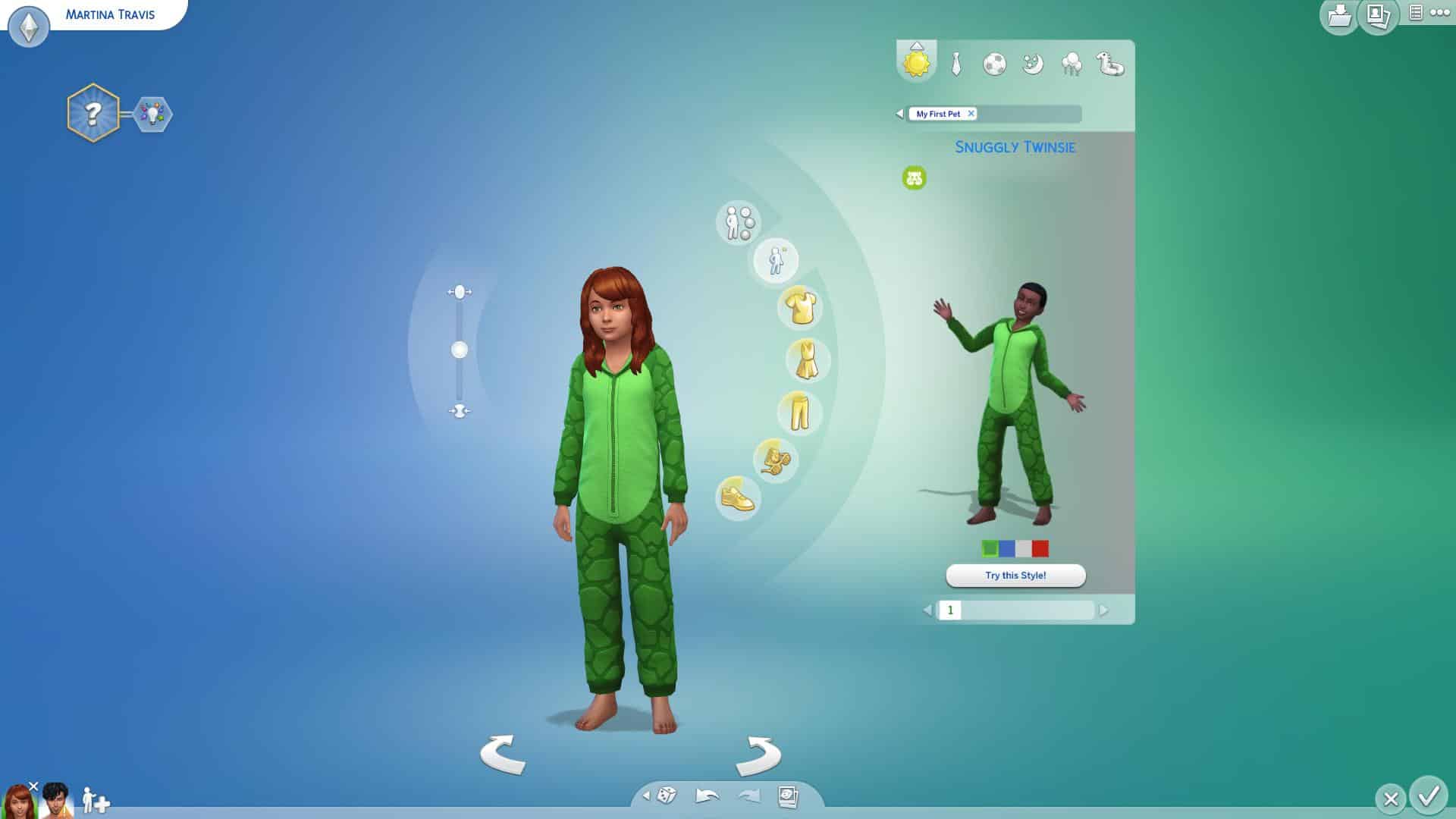 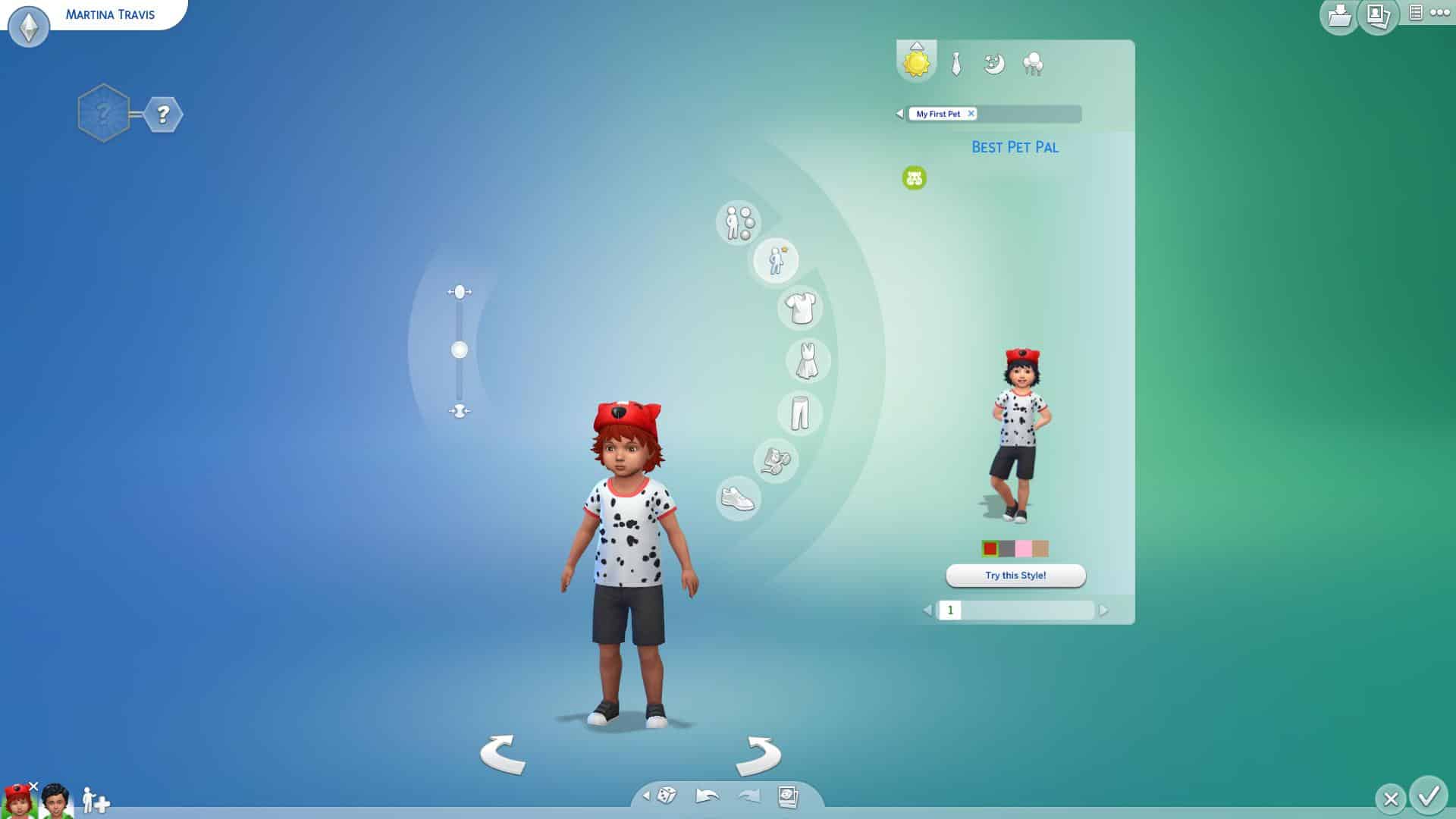 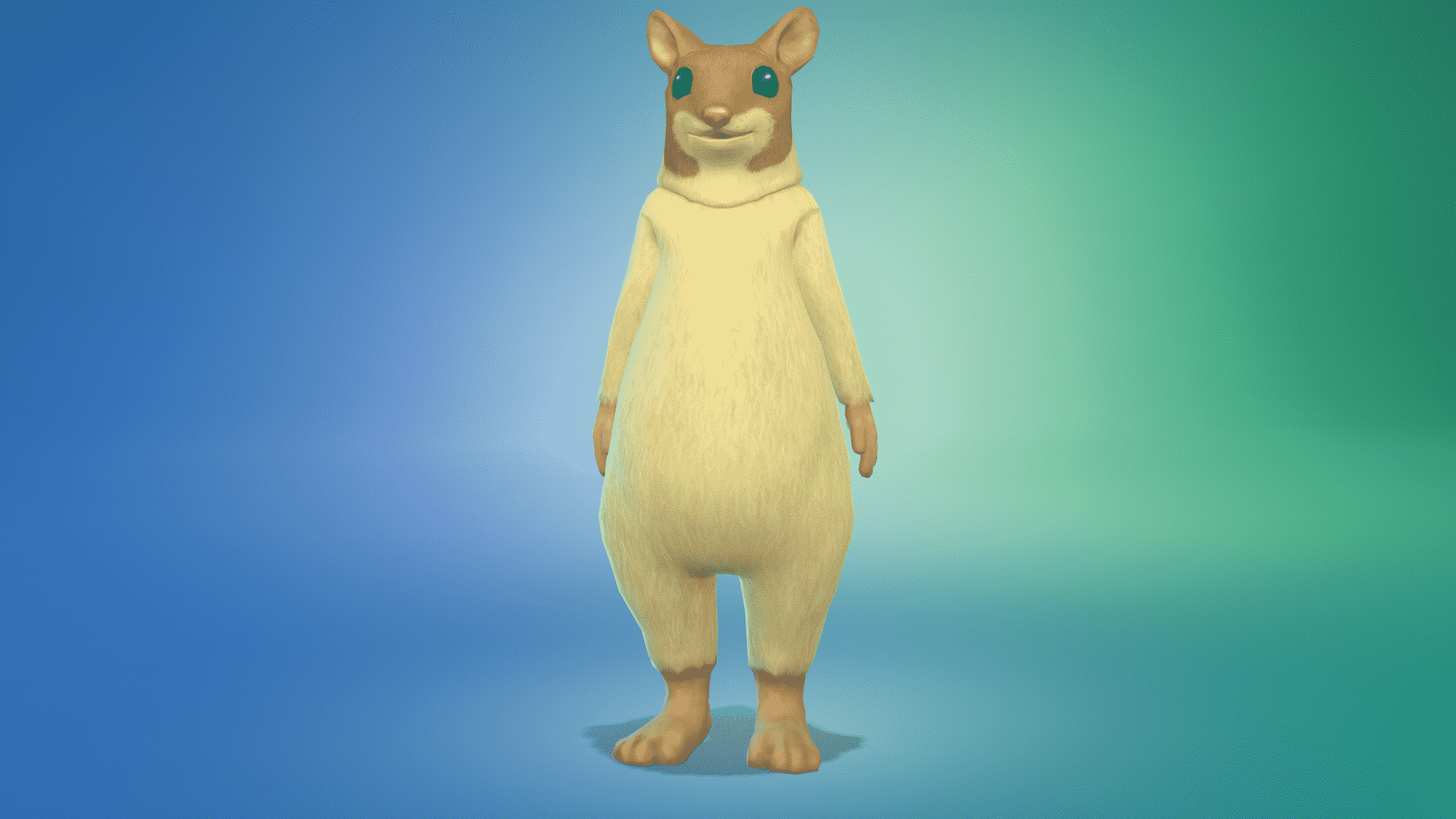 Too bad that’s not the case either because of the fact that there are only so little items for pets that definitely makes me doubt why did The Sims Team pull this risky move and tried to crossover a Stuff Pack with an Expansion Pack. You only get a few new beds for your Pets, a litter box, a food bowl, toy chest and modern pet doors. You’d expect that Cats and Dogs would be treated with a new interactive item – considering that the pack does require Cats & Dogs to play and considering that, once again, this is a risky move from The Sims Team – but nope. All your Pets get are the same items from Cats & Dogs but done a little bit differently.

The only thing I truly admire in this pack is the Aquarium Coffee Table. I’d totally love if there were more aquatic items in this Stuff Pack like this one. 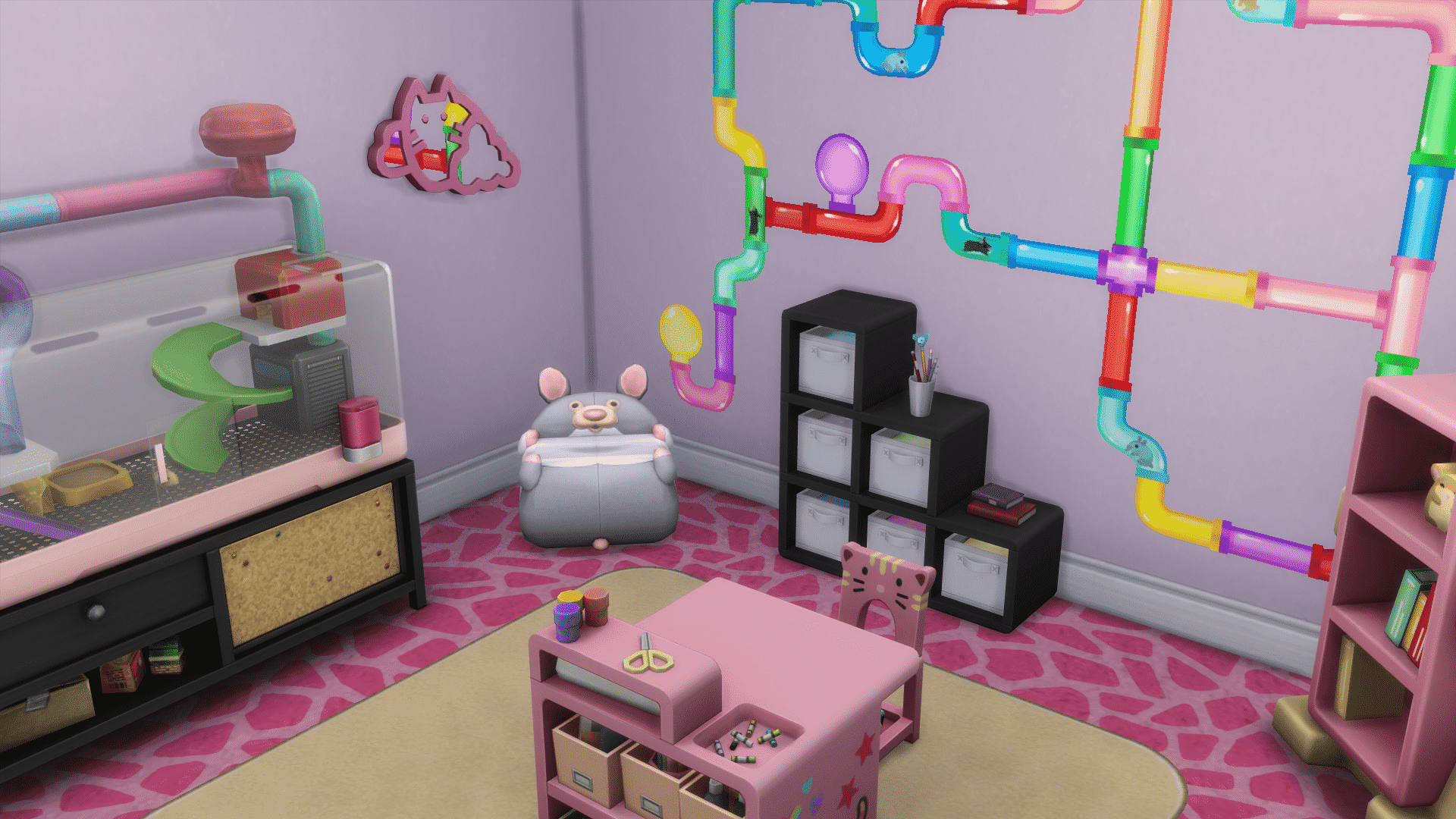 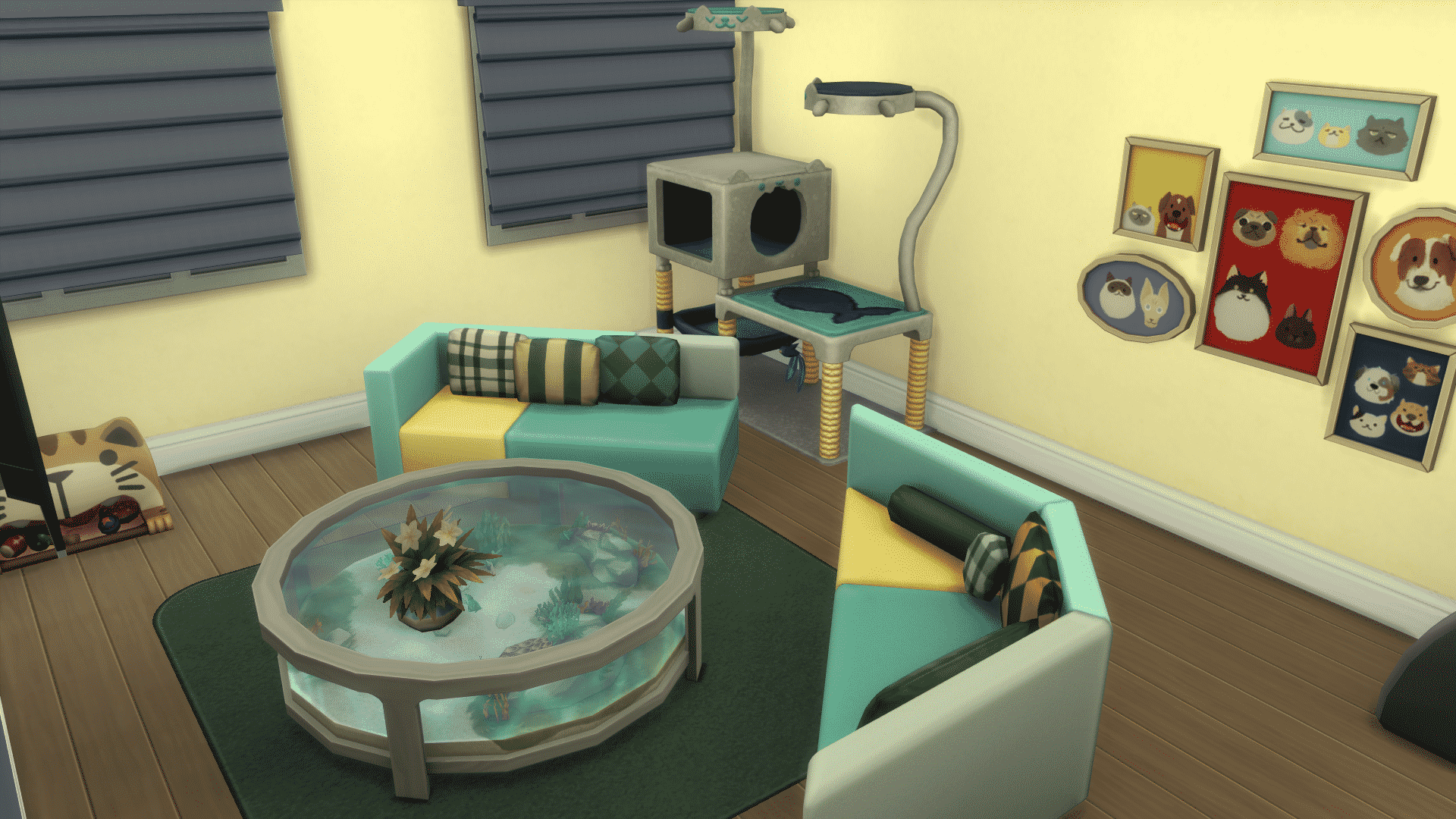 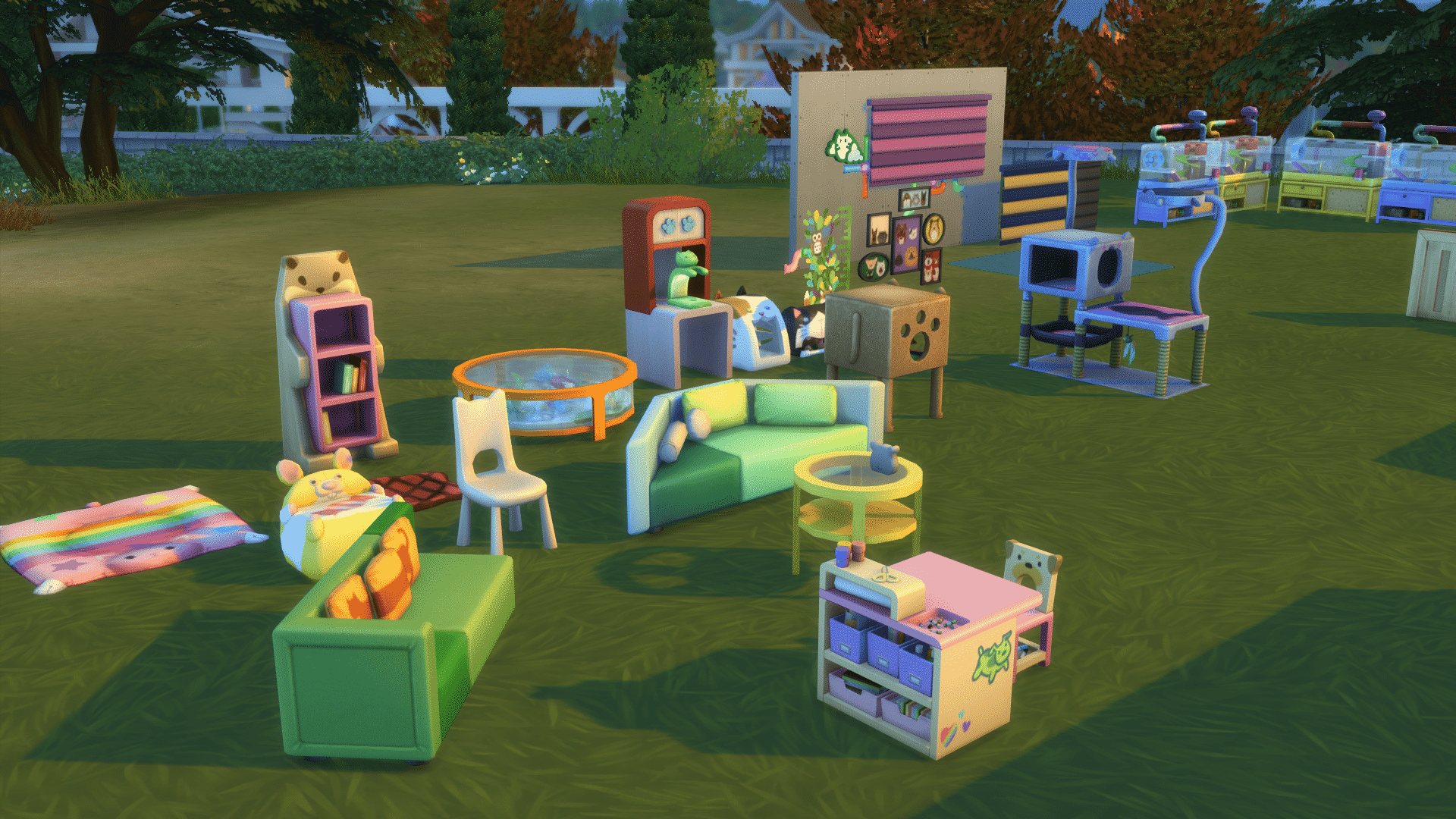 This Stuff Pack solely focuses on Hamsters. Well, rodents to be more exact because you get 4 types of rodents and those are Mice, Hedgehogs, Bubalus and Hamsters. All of them are pretty much the same and care for one thing only – your Sim’s attention.

Just like with Cats and Dogs you take care of them, socialize with them, feed them and make sure they don’t die. Sims can also build a relationship with them, unlocking new interactions as they progress in the relationship. 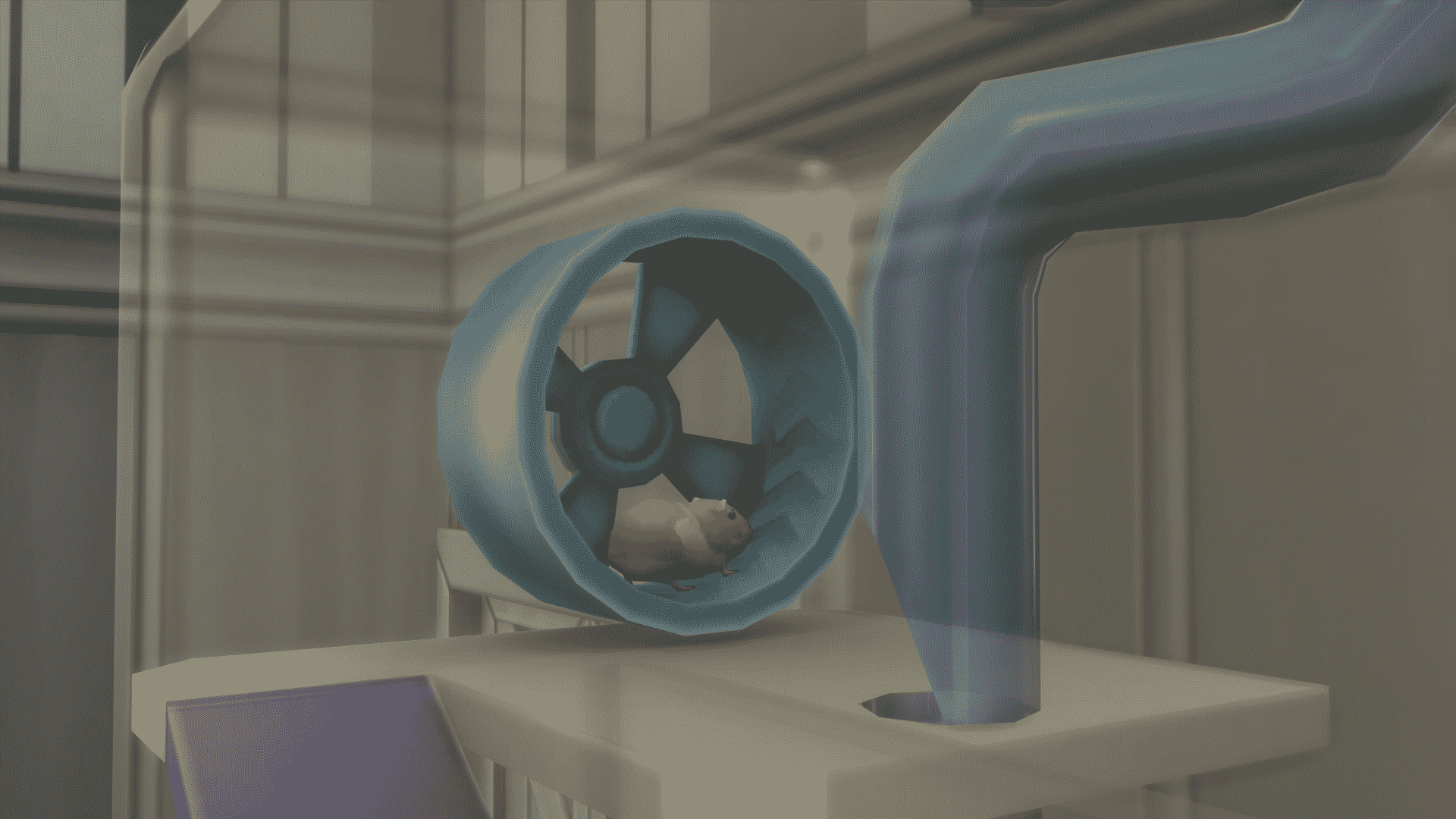 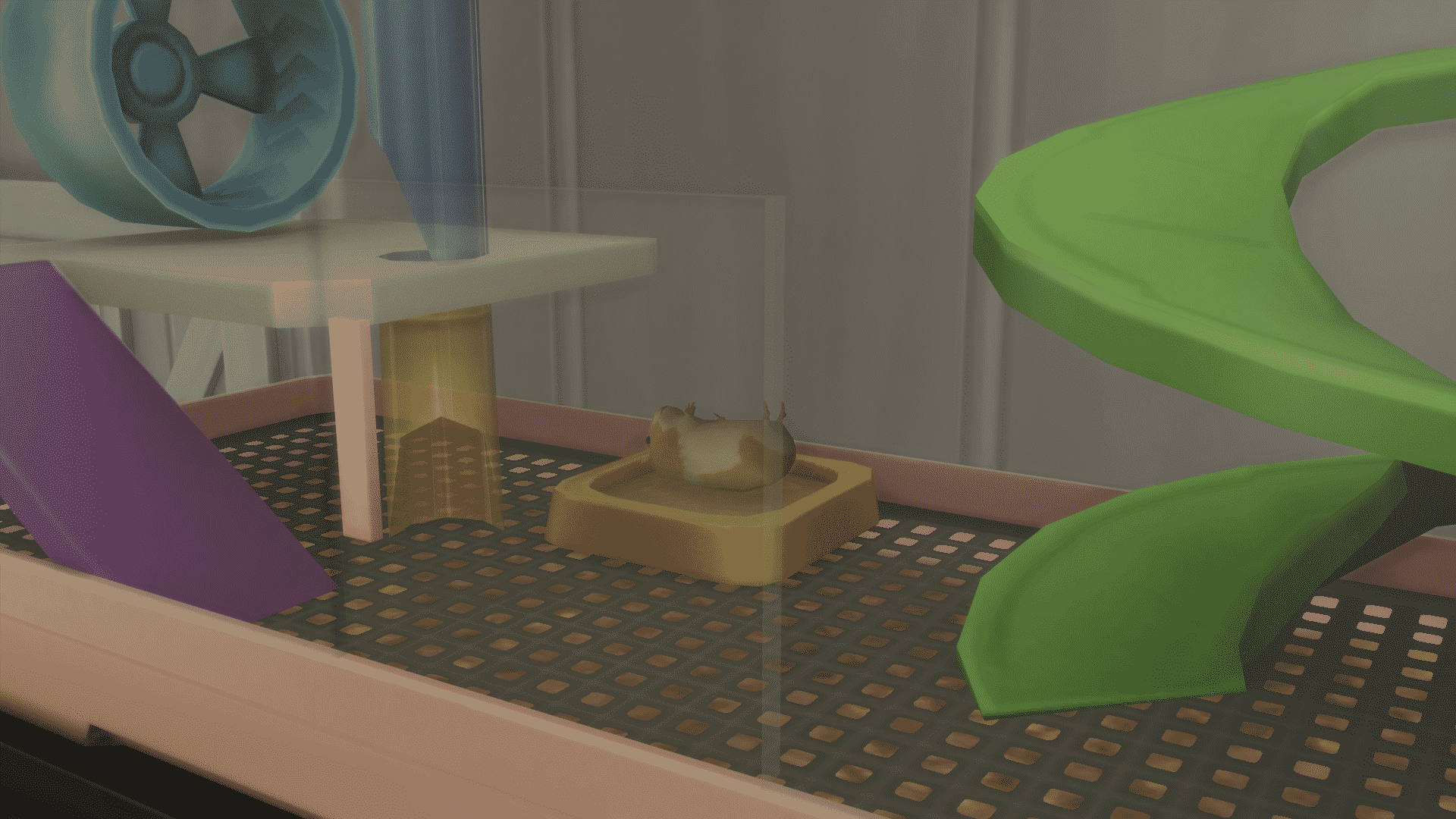 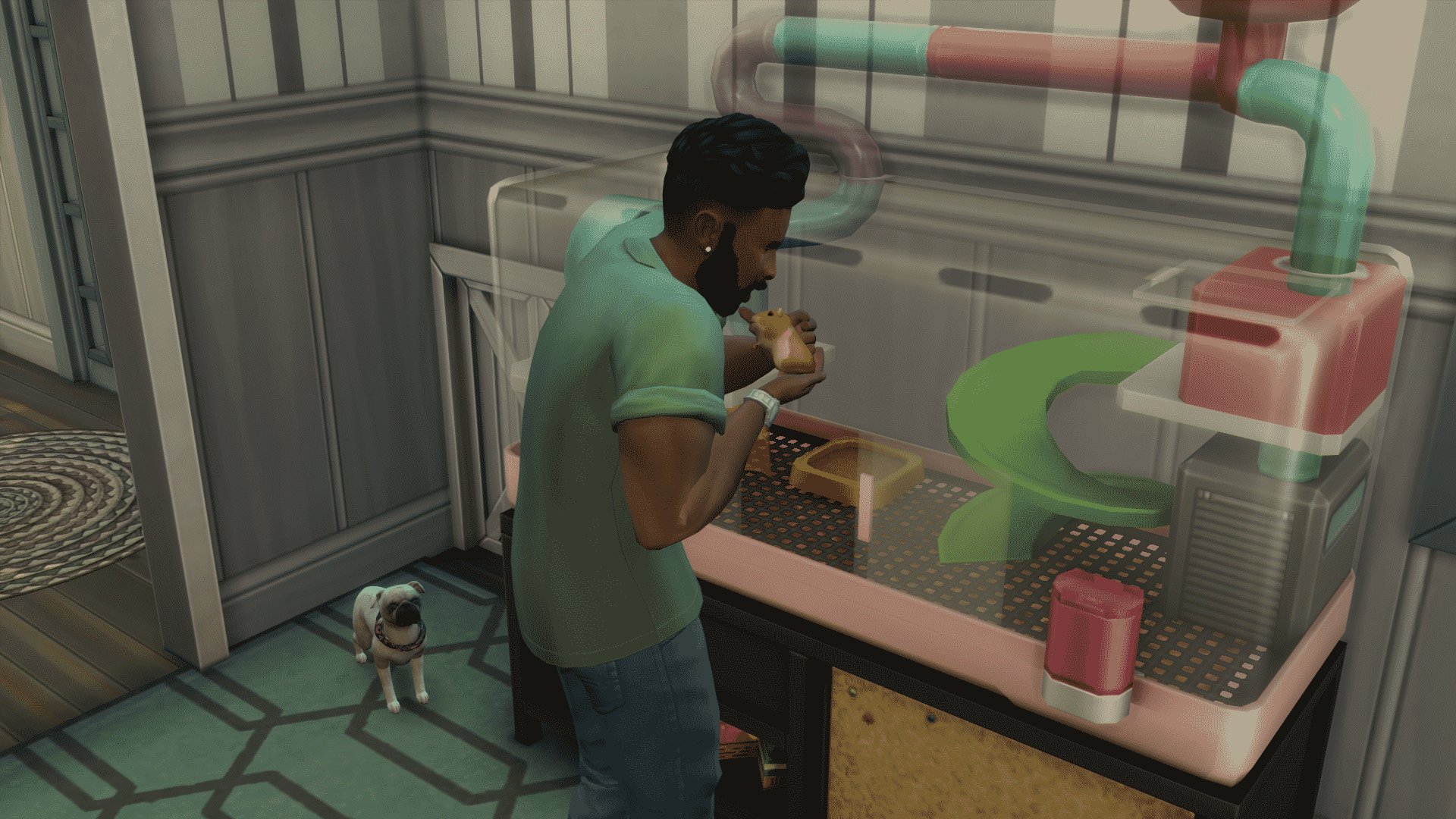 They’re fun to observe and focus on from time to time – especially during 1AM when these rodents usually live their life to the fullest by throwing a dance party, blasting off in a rocket or doing top secret stuff in their lab.

My favorite addition is the homage to the Guinea Pig disease from The Sims 1 Livin Large. If your Sim gets bitten by a rodent they have a chance to eventually get worse, leading it up to more sickness including sneezing and throwing up. Sims near your Sim also have a chance to get infected by this disease so you need to be really careful who’s around your ill Sim. If you decide not to treat your Sim by purchasing the medicine from the Computer the Sim will die after 3 days. It’s a new death type and, even though the ghost looks really hilarious it doesn’t bring anything new in terms of gameplay. 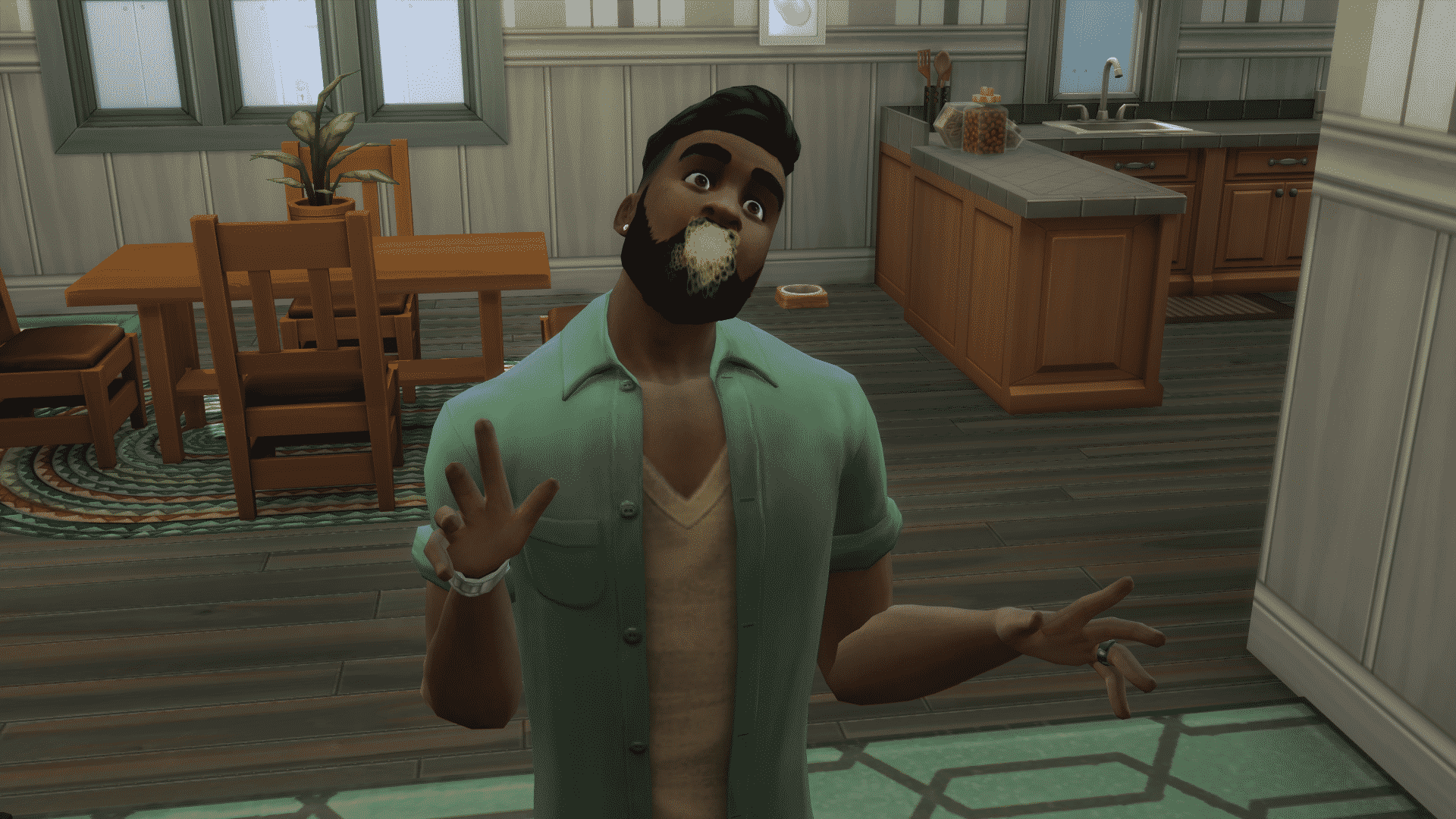 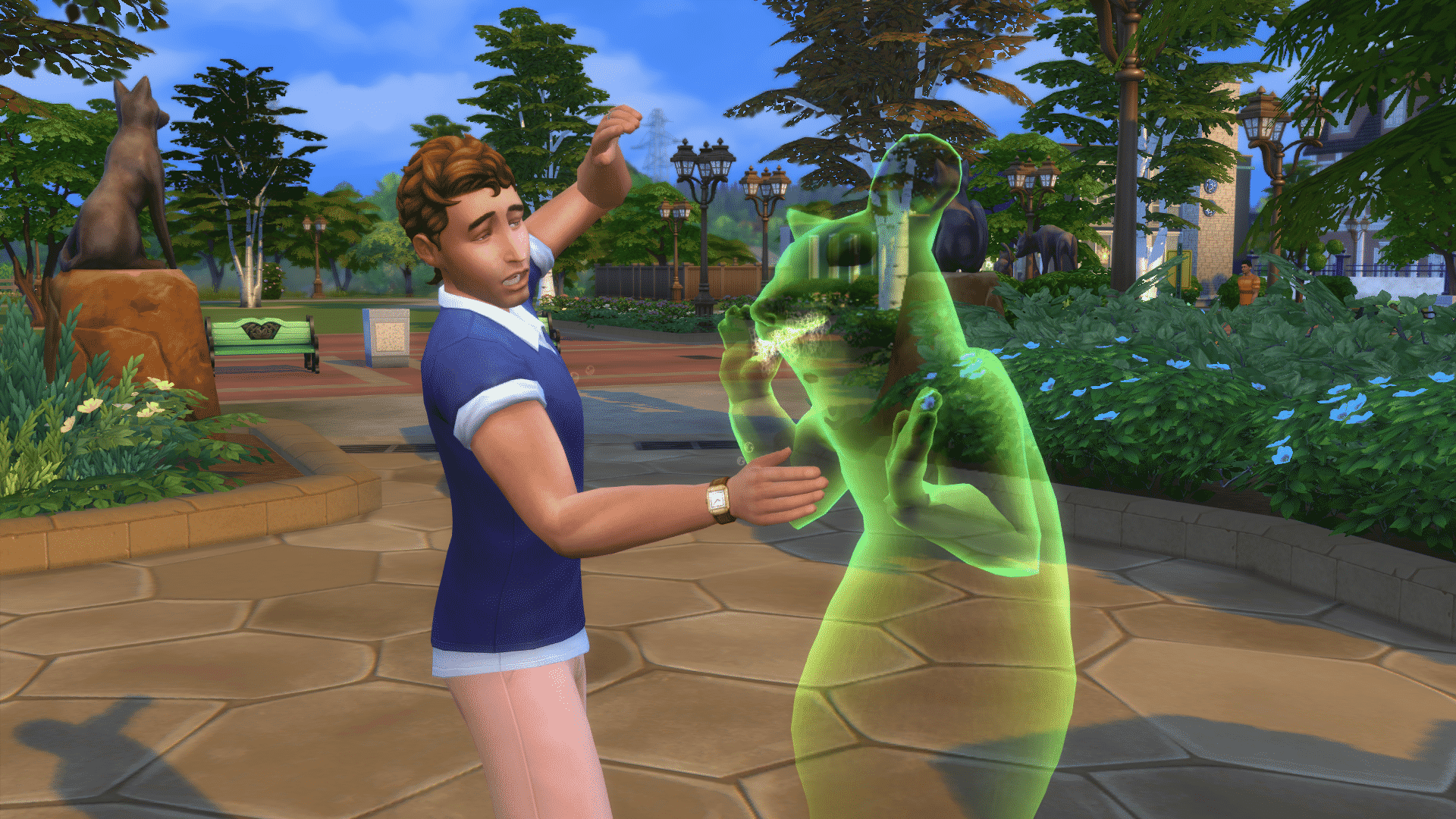 The rodents are a cute addition but it’s definitely something we could’ve seen in Cats & Dogs Expansion Pack instead as it doesn’t really make me say “Wow, there’s so much unique gameplay for rodents that I’m glad it’s in a standalone Stuff Pack”.

I had high expectations from this Stuff Pack considering it requires Cats & Dogs Expansion Pack in order to unlock its full potential. Sure, you can also install and use the pack without this Expansion Pack but even with Cats & Dogs installed and everything set up there’s still originality that’s missing from this Stuff Pack. Previous Stuff Packs had a clear theme and goal – they mostly focus on one age group and one theme of items. The Sims 4 My First Pet Stuff Pack tries to satisfy simmers with new content for Toddlers, Kids, Adults, Cats and Dogs with a theme of objects which have already been seen in previous Stuff Packs such as Kids Room and Toddler Stuff – resulting in a very random set of items full of recolors and conversions.

The Sims 4 My First Pet Stuff Pack tries to bring so much but in the end delivers so little.