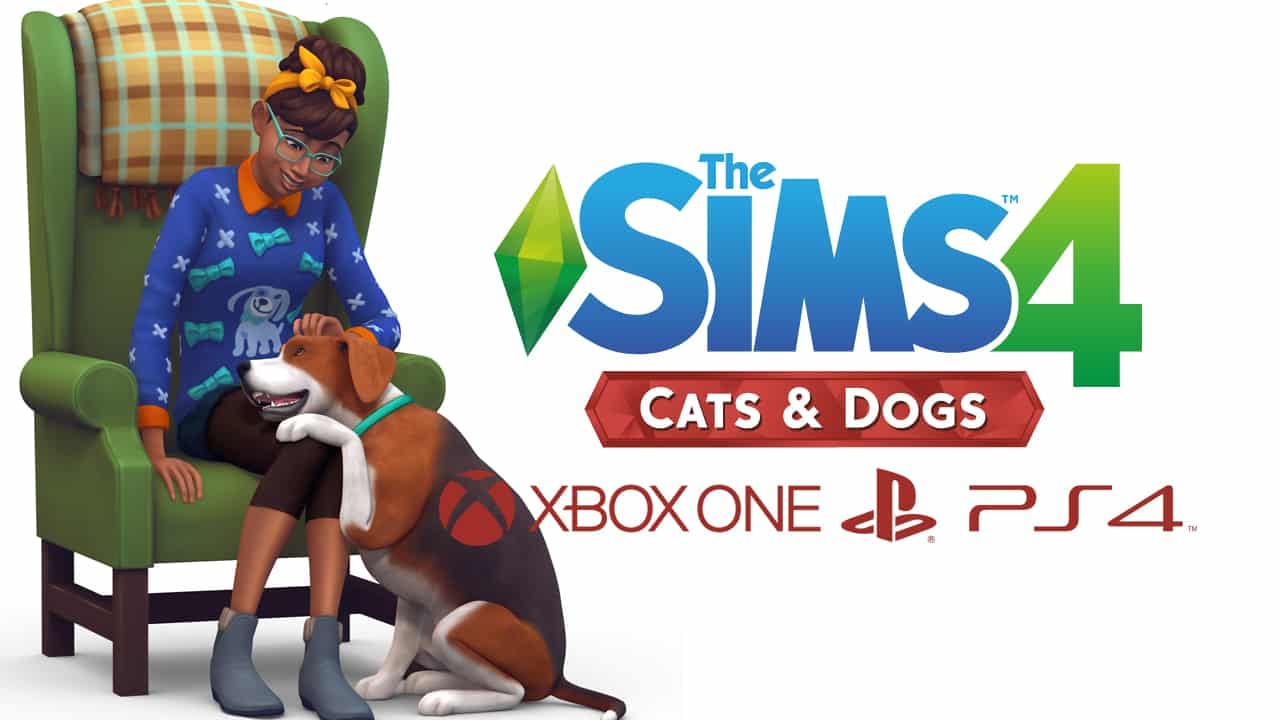 The Sims 4 Cats & Dogs Expansion Pack has just been registered on the official website of Entertainment Software Rating Board (ESRB) for Xbox One and PS4 gaming consoles. 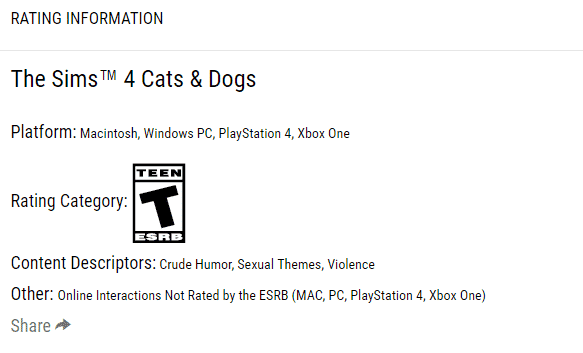 This means that the release of this Expansion Pack for The Sims 4 on Consoles probably isn’t far off. This is the first time an Expansion Pack has been rated in advance for The Sims 4 for Xbox One and PS4, meaning that The Sims Team is getting ready to announce and release the pack for consoles soon.

SimGuruDuke, one of the developers who worked on The Sims 4 Console also confirmed that he’ll be attending EA Play this June, meaning that there could be an announcement of Cats & Dogs coming to Consoles during the event.