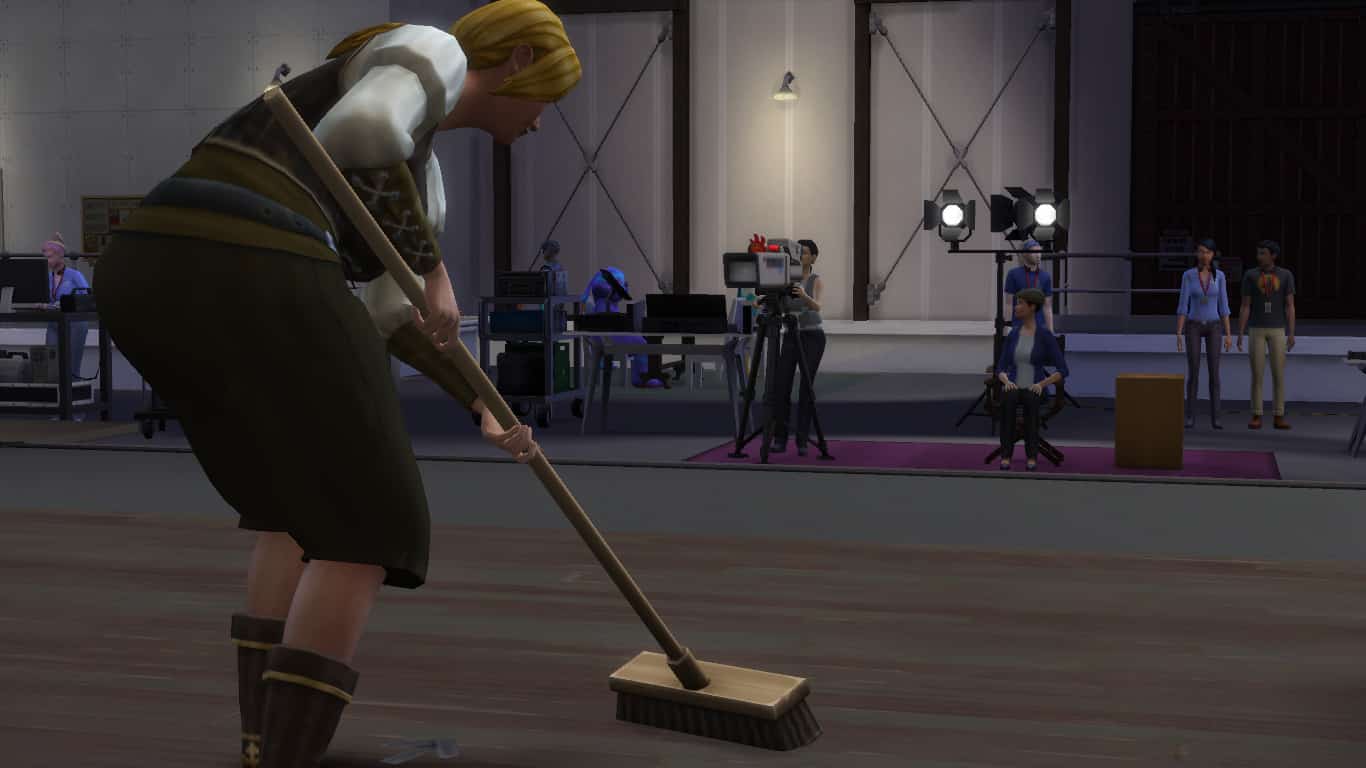 In The Sims 4 Get Famous, there is so much to do and explore that learning the ins and outs of every feature can feel a bit daunting when you first dive into the expansion, but not to worry. Sims Community is here to help your Sims get that coveted star on Del Sol Valley’s walk of fame.

Your Sims can become famous in almost any way you can imagine, but one of the best ways to rise to the top is by becoming a world-class actress or actor! The brand new acting career is a fully active career with its own hidden career venue, but if you think the acting career is just a tired rehash of the careers from the Get To Work expansion pack, think again! The acting career provides a level of depth and detail never before seen in a career.

Without further ado, let’s dive in!

Becoming an Actress or Actor

It’s easy enough to get a job in acting. Just use the phone to find a job and select Acting from the job list. 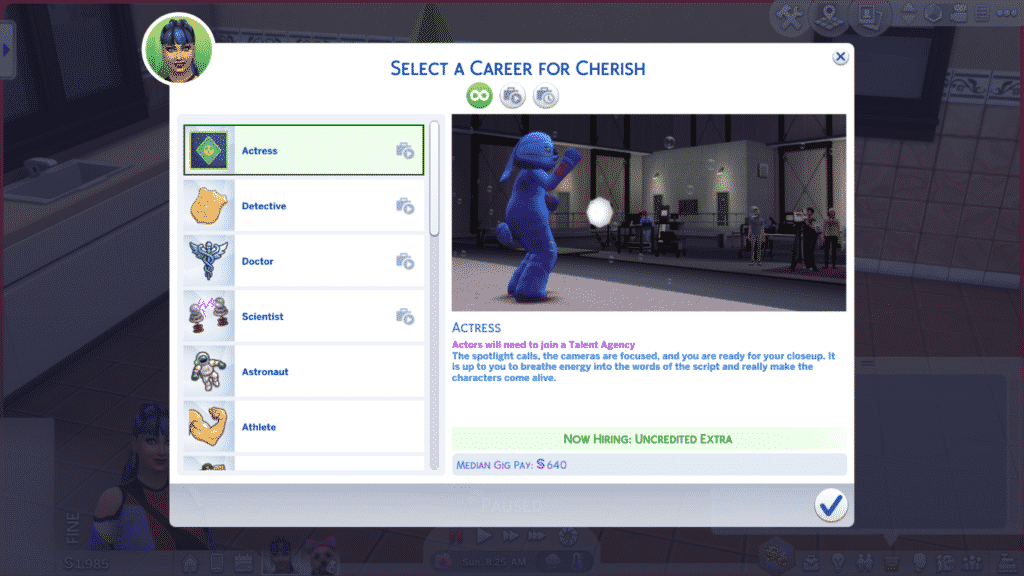 It’s important to select the right agency for you. Each agency provides a different benefit to your Sim. Hover over the different agencies to see what perks they give your Sim and base your choice on that.

You can switch agencies using the phone. You’ll want to do this whenever new agencies open up to your Sim. Bigger and better agencies will want to represent your Sim as they become more high profile.

Unlike other careers, acting isn’t a 9-5 job. Your Sim will be working from gig to gig, but in order to land any gigs, your Sim will need to audition for those roles. Open up the job panel and select the clipboard icon to look for auditions. Auditions refresh daily.

In the auditions menu, you’ll be able to see the pay range of the gig and the date and time of both the audition and the gig. You’ll also see the recommended skills for the audition. It’s best to select an audition with a skill recommendation that your Sim can easily fulfill. 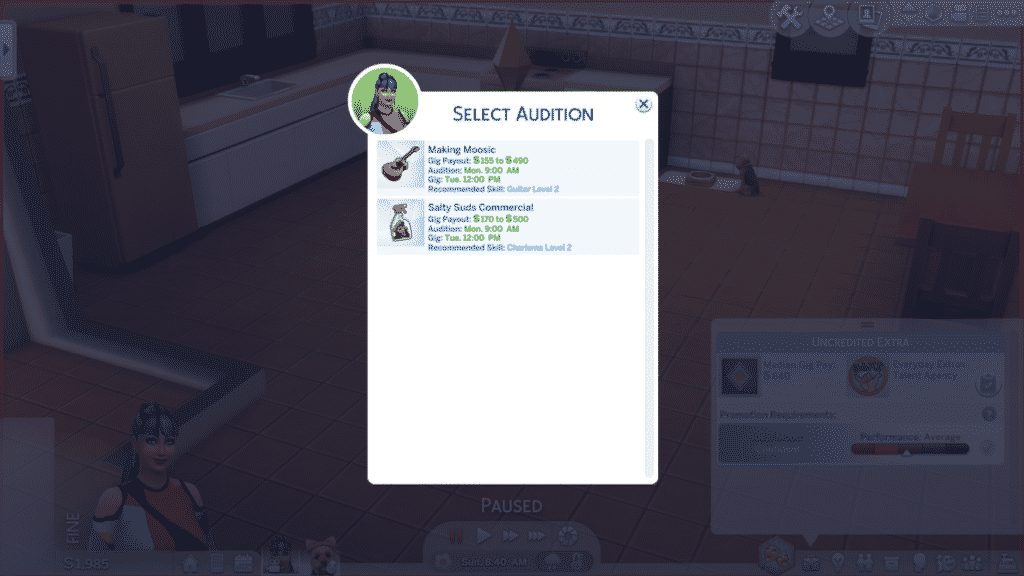 Once you’ve selected an audition, you’ll need to prepare for it. Make sure your Sim works on the recommended skills and attends the audition in a good mood. Confident is the ideal emotion for auditions, so spend some time psyching your Sim up using a mirror before they head out to their audition.

When your Sim passes an audition, they’ve landed the gig. Now they need to prepare for the role. Look at the job panel to see what prep tasks your Sim needs to do before filming begins. Don’t ignore your prep tasks! They’ll determine your success in the gig. More on that a little later. 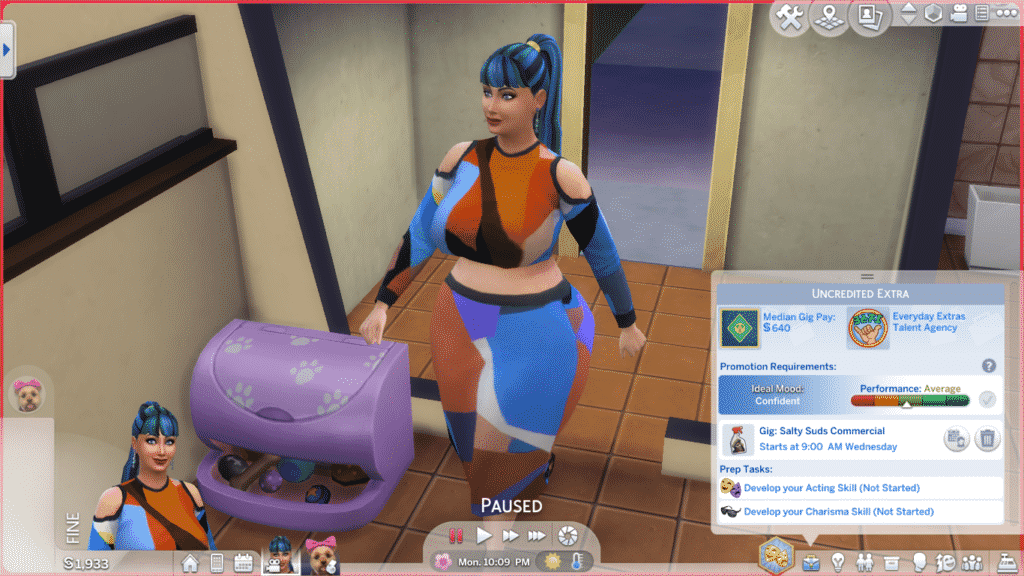 When it’s time for the gig, you can choose to send your Sim alone or join them on set. It’s more fun to join your Sim on set. When your Sim arrives on set, they’ll have a set of goals to complete in the upper left corner of the screen, just like other active careers we’ve seen in the past. Unlike the other active careers, it’s important for your Sim to complete all other goals before they begin filming the production. Once filming has started, all other goals disappear. If you didn’t complete them before, you may not be able to finish the gig at gold level.

Once your Sim has finished all other goals, send them to get their hair, makeup, and wardrobe done in preparation for the production. You’ll get a goal to tell the director you’re ready to start filming when your Sim is in full costume.

When filming starts, select props or your costars on the stage to film different scenes for the production. This is where your prep tasks come into play. When filming a scene, your Sim has the option to take risks or play it safe. If your Sim completed their prep tasks, the riskier options are much more likely to go well, boosting your overall performance. If your Sim neglected their prep tasks, these riskier actions are almost guaranteed to end in disaster, which will hurt their performance.

The cameras stop rolling after your Sim has filmed all the required scenes for the production. This will complete the main goal of filming the production. Your work shift will end shortly after.

When your shift is finished, you’ll be able to see how much money and fame your Sim earned. You can choose to send your Sim home or hang around the set for a while after. Sometimes it can be good to stick around and bond with your costars and the crew. 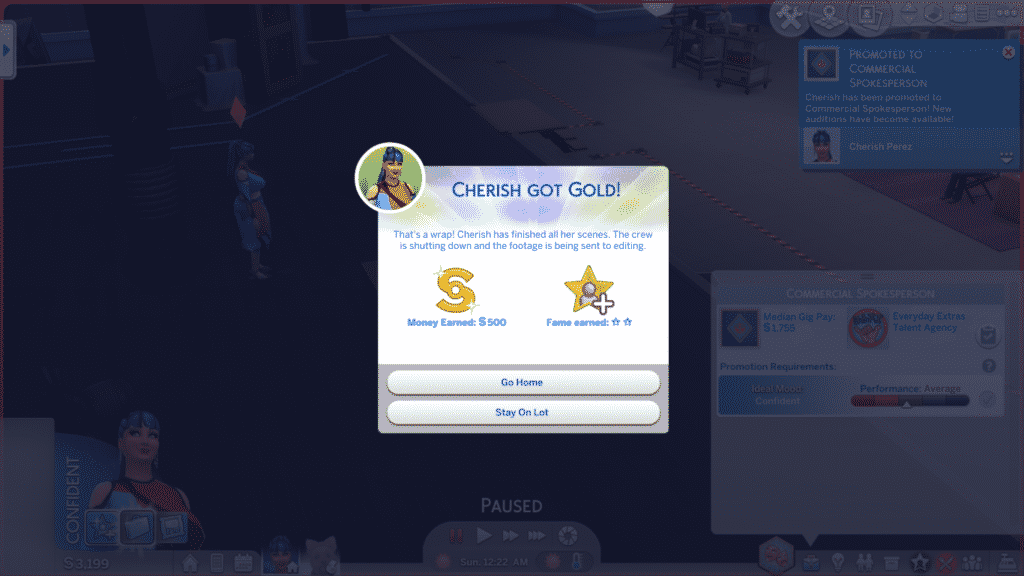 It may take a few gigs to earn enough fame to become a Notable Up-and-Comer and earn your first fame point, but you know what they say; that’s showbiz, baby.

What do you think of the new acting career? We want to hear from you! Share your thoughts with us here in the comments or on social media!