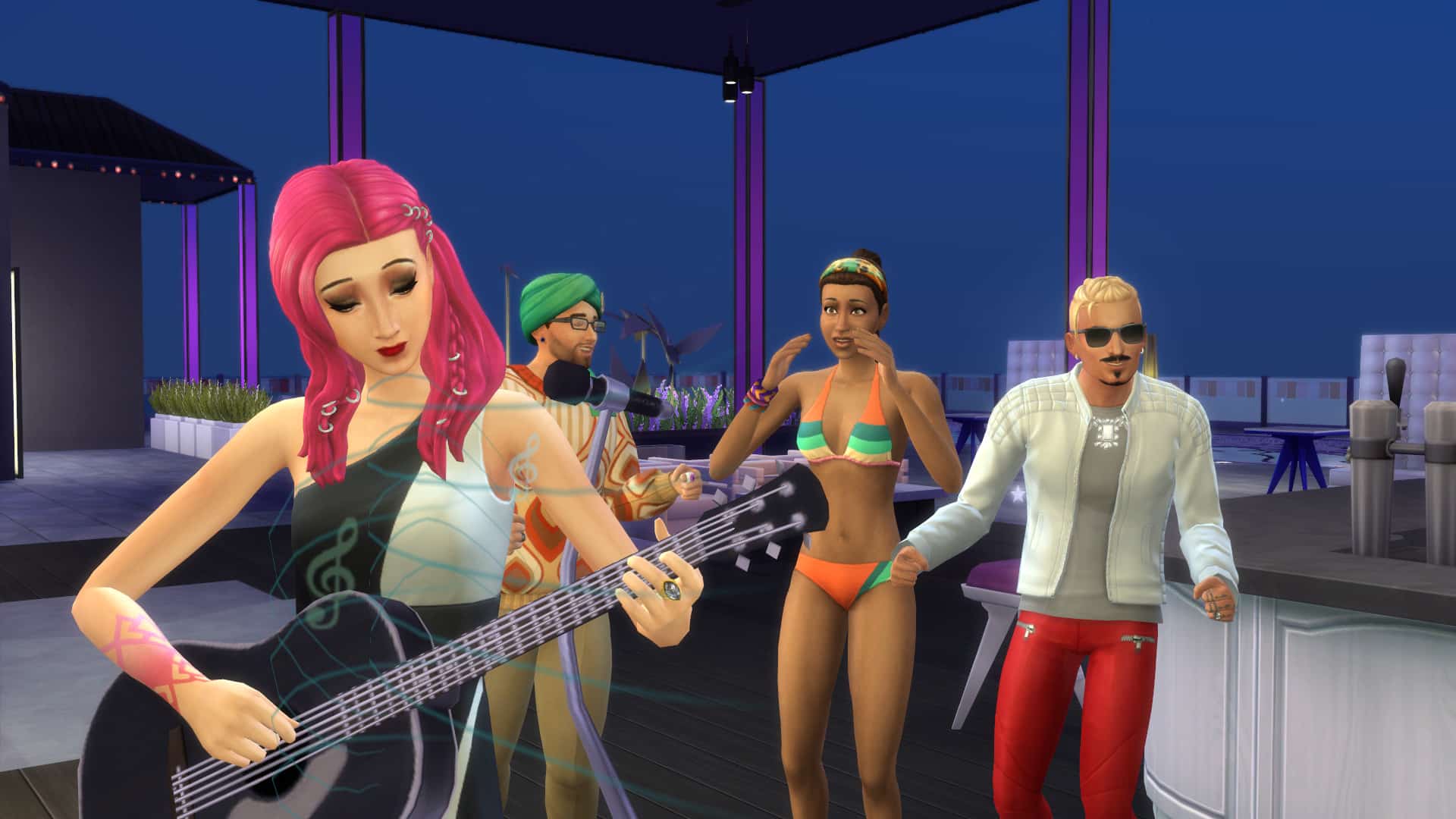 The Sims 4 Get Famous sees two new additions to events added which you can find in your Sims Calendars.

First up is the Talent Showcase. This can be held in various lounge venues across the game. This is the perfect opportunity for your Sims to show off their skills and get noticed by other celebrities. 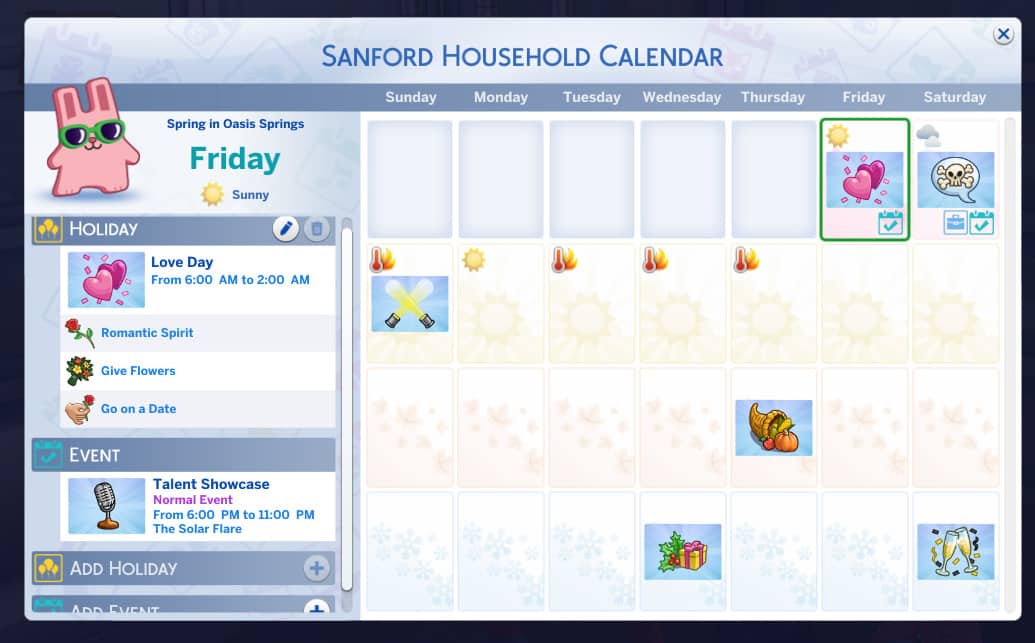 The event its self is simple and straightforward. Once your Sim arrives at the venue simply walk over to the bar and then “join open mic.” Once you have done that simply wait for your Sims turn to perform and then head for the microphone stand or an instrument. You’ll get a notification letting you know when it is your turn.

Inbetween your Sims performance and the end of the event you can watch other Sims perform, socialize, interact with fans and more.  Once the event finishes at 11 pm you will receive a notification telling you that the event has ended. 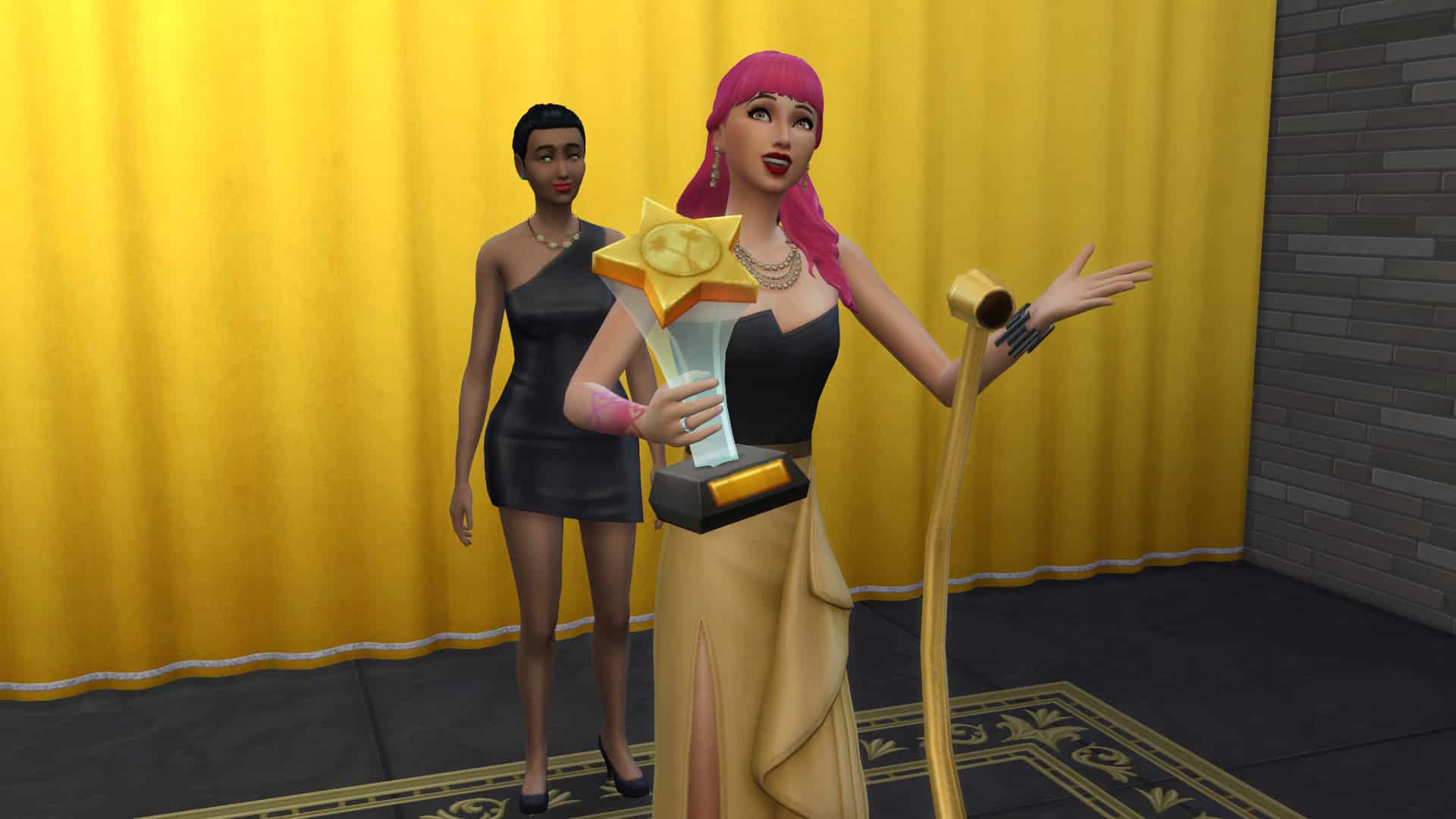 With every Sim who wins they will pop up to the microphone and give an acceptance/thank you speech. There are about four different accolades that Sims can be awarded including Best Video and 110% Starlight Accolade Award.

Although these are just two new events that come with the new expansion pack you can also create your own events including Meet & Greets (which also show up as its own event in the calendar and will guarantee your Sim a chance to meet another celebrity), Charity Benefit Party or create your own star-studded celebrity event!

But say you want to create your own venue to host a talent showcase or even the Starlight Accolades Awards or any celebrity event. Well, you can. Make it as extravagant as you want or even as minimalist. Whatever kind of Lounge venue you want to create. Create it! Just don’t forget to add the lot traits that you want.

Hottest Spot In Town – A place for the Superstars, the VIPs, those who achieved victory over the commonplace! After all, who else could afford these hyperinflated prices? Not you… no. But at least, the Starlight Accolades can only happen on Lounges with this trait.

Up-and-Coming Hotspot – At least your sims can say they ‘went here before it was cool.’ Also, cheap drinks and eats for the super famous! Even better, Meet a Celebrity events can only happen on Lounges with this trait.

For the talent showcase event, it appears as though the game will randomly select from any of the lounge venues that are in your game regardless of which world they are in.  As for the Starlight Accolades, the game will choose from only lots that have the Hottest Spot In Town lot trait.

Let us know what Starlight Accolade Awards you think your Sim will win and what celebrity events you will create for all the hottest celebrities to attend in Del Sol Valley! Also if you create any celebrity inspired venues share them with us on Twitter and on Sims Community Social!