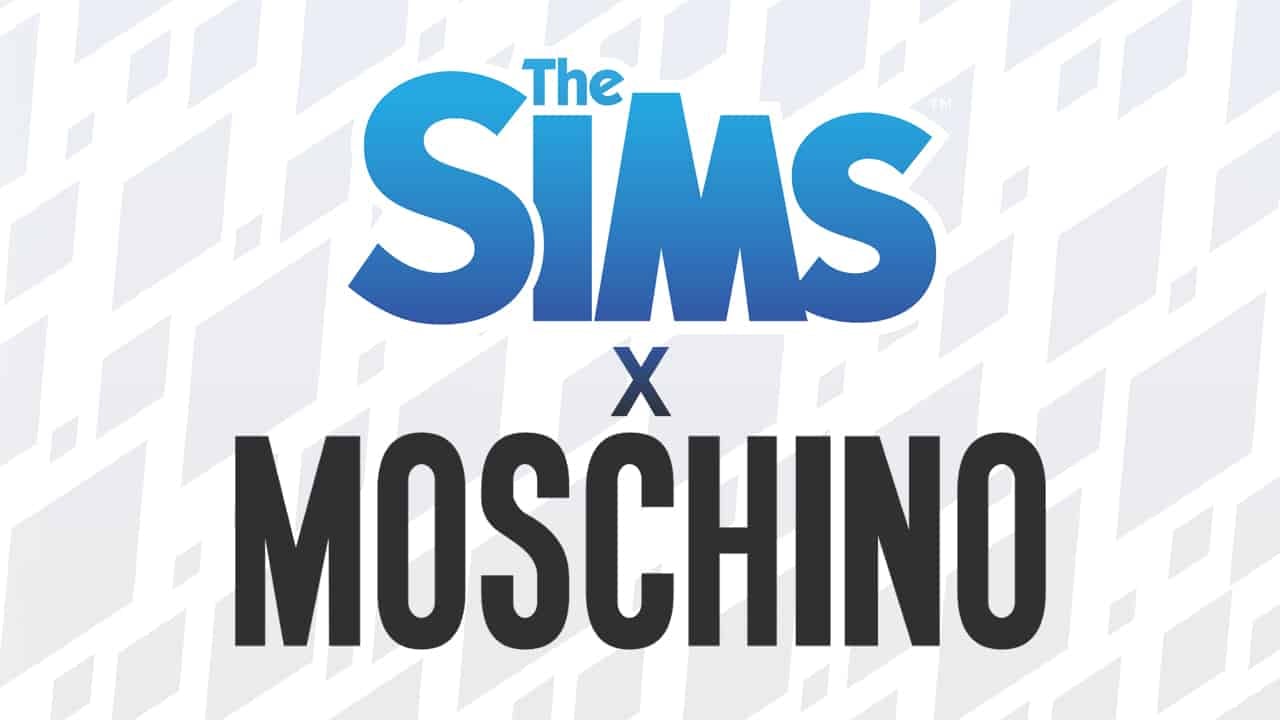 Look, it may not seem like a big deal to some of you that Jeremy Scott, creative director of Moschino, is making daily posts about his new The Sims X Moschino Capsule Collection but trust me when I say that this collaboration is already bringing so much attention to The Sims Franchise than any other previous collaborations in previous years. 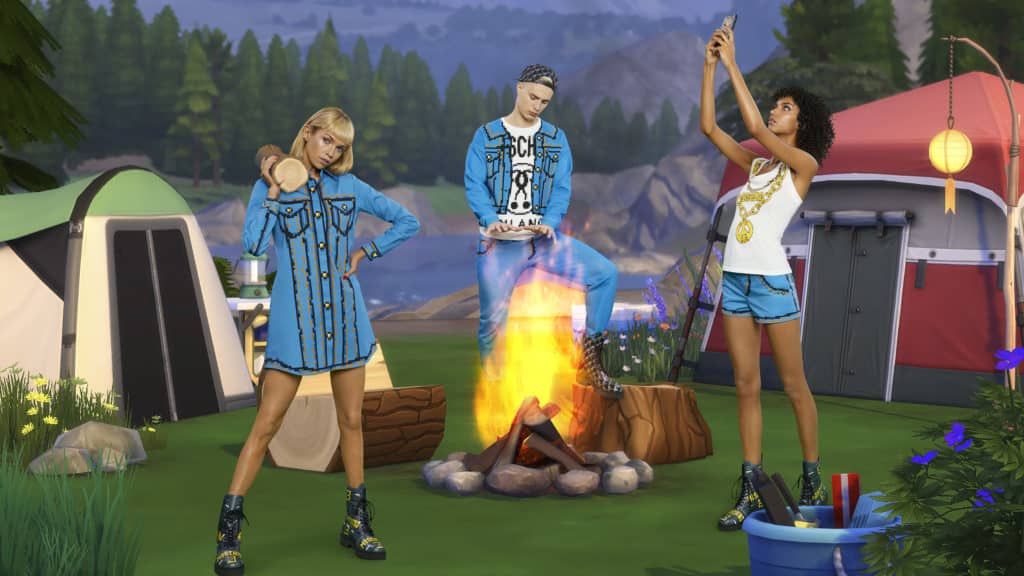 This Wednesday EA has made a huge announcement that they’ll be doing a huge collaboration with a high-end fashion house Moschino where they’ll be bringing new apparel for fashion lovers as well as new stuff (some of them that yet need to be announced) for The Sims players.

This collaboration is focused on mending the virtual reality with real life. The apparel from The Sims X Moschino Pixel Capsule Collection features Sims-themed items and clothing as well as pixelated outfits and other apparel. Now, I do have to agree with some of the statements that have been made in the simming community and say that there could have been a lot more items that draw inspiration from The Sims. However, there’s still a small dozen of items that are definitely recognizable and anyone who has played (or even heard) of The Sims will immediately recognize some of these:

There’s another huge portion of the clothing items you’ll be able to purchase from Moschino that unfortunately do not resemble anything that The Sims is all about. At first I had no clue what 8-bit pixels have anything to do with The Sims and I was even a bit frustrated that all of these clothing items could’ve been something else from the world of The Sims. I mean, how cool would it be to have a pixelated T-Shirt or a Jacket that would resemble The Sims’ iconic nudity blur when your Sims go to take a shower or have to use a toilet?!

After my impressions settled down I started appreciating Jeremy Scott’s new lineup more and more. It’s all about the statements that these clothing items seem to be making and that’s the fact that we could all be video game characters living in a huge life simulation (woah that was deep). This mend between real-life and a video game that simulates real-life is probably the most ambitious crossover in both the fashion world and the video gaming world and it could just do the trick.

Now, let’s focus on the potentional pricing of these items. The Moschino brand is just not for everyone and its fashion direction is very eccentric and pop culture. Moschino is a HUGE name in the fashion world and it falls in line with other fashion brands such as Louis Vuitton, Fendi, Gucci, Prada and so on. You can immediately tell that this apparel is going to be VERY expensive.

I went on Moschino.com and checked the prices and let me tell you – the clothing there is not cheap at all. You have jackets that go from $700 to $7,000, dresses that are priced up to $15,000 and even simple T-Shirts that have a price tag higher than $500. All in all, Moschino is not about finding something to wear to fill your closet – it’s a fashion name that servers a purpose of making a statement.

So, why is this collaboration so important for The Sims? There are several reasons why…

First of all, The Sims is already gaining huge attention from huge news sites and magazines all over the world. This collaboration was already cited and written about in ELLE Magazine, Vogue, Hypebeast, Harper’s Bazaar and others. Other gaming websites such as IGN, Kotaku and others have also written about this. There are hundreds of outlets out there that are spreading the word about this collaboration. It was even featured as a Twitter Moment! 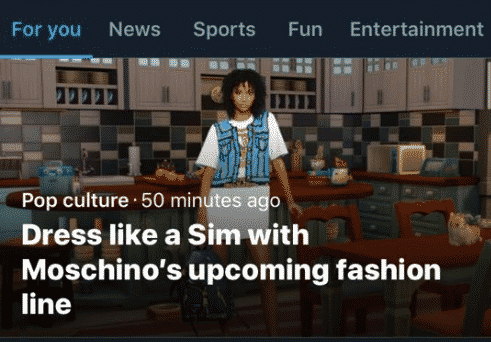 Jeremy Scott also made sure the news about this collaboration were out by sharing a dozen of images on his social networks. It feels surreal to have a designer who worked for Lady Gaga, Katy Perry, Rihanna and more promote his collection and The Sims Franchise so shamelessly.

The promotional shots that are being used to highlight the new collection are weird…to say the least. However, that all comes from me who already knows all about The Sims, its universe and how weird it is to have a real life person featured in a Sims environment. Someone who never played The Sims before will find these images much more interesting and aesthetically correct since they never had seen a Sim in The Sims 4 environment before.

These shots are all so very important for The Sims 4 and The Sims Franchise in general as they’re giving the game and its Expansion Packs, Game Packs and Stuff Packs so much value and will definitely spark an interest to people out there who never got a chance to play The Sims 4 before.

This collaboration is also opening the eyes to all those fashion connoisseurs out there who never knew how much fun it is to dress up a virtual character using the clothing items that The Sims 4 provides, as well as how entertaining it is to look up for new, custom apparel from the talented Custom Content creators.

Last year when The Sims Team announced The Sims X Baby Ariel collaboration I’ve lost all hope in EA’s marketing department. The collaboration didn’t make any news at all, Baby Ariel only made one or two posts about the collaboration online (from what I’ve seen) and it just felt like The Sims tried to give Baby Ariel a big push instead of it being a mutual promotional opportunity.

On the other hand The Sims X Moschino collaboration is already giving so much importance to both parties with the potential of making it the best (or the worst) collaboration done in The Sims Franchise. Either way, you can’t say that The Sims and Moschino are not giving their best to make this work.