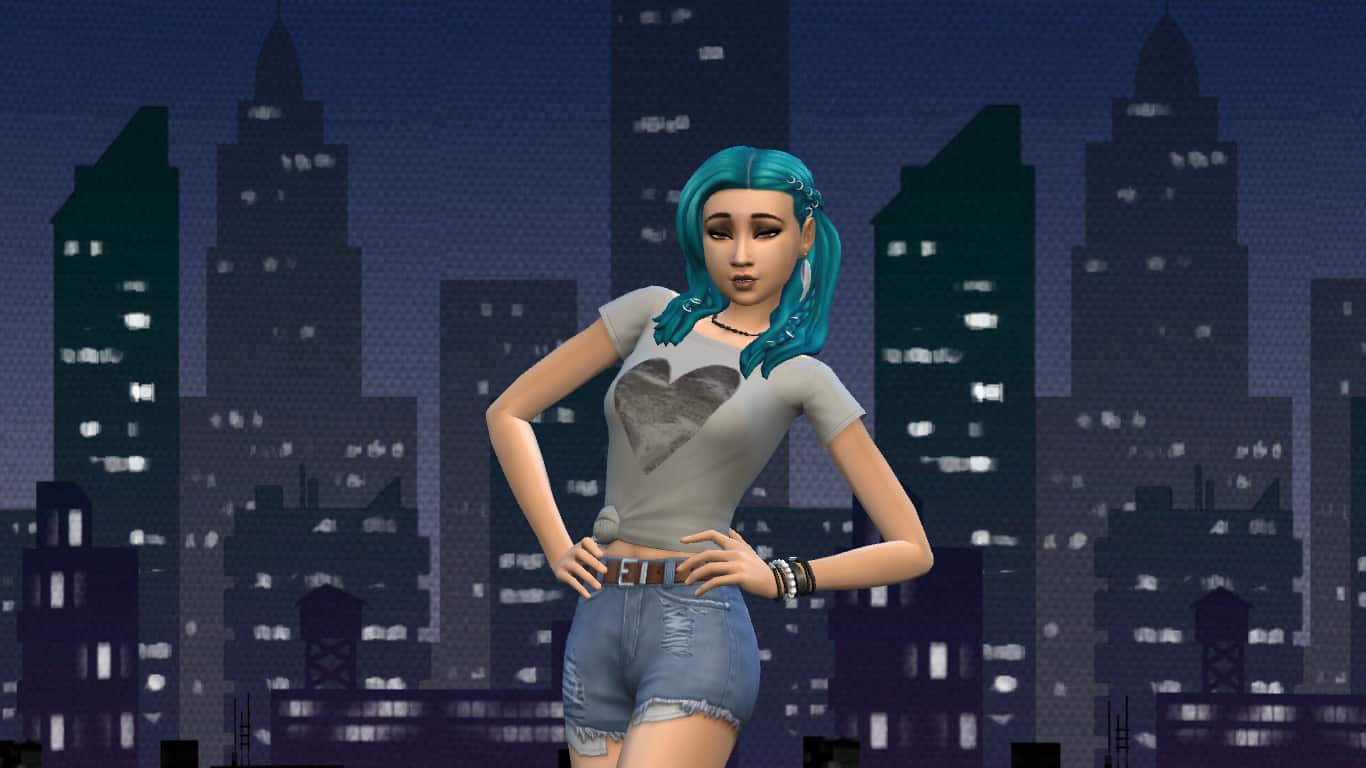 The Sims 4 Moschino Stuff opens up almost unlimited possibilities when it comes to taking photographs, but some Simmers have valid questions about why exactly Moschino Stuff is so revolutionary. After all, didn’t we already get a Photography skill in Get To Work? Wasn’t the Photography skill later added to the base game in an update? If we have Get To Work, don’t we already have access to a professional photo studio that can take better shots than the handheld cameras?

The answer to all of these questions is yes, which leads to a bigger question: Why buy Moschino Stuff if you already have Get To Work?

It’s a fair question, but I’m going to tell you exactly what makes the photography equipment in Moschino Stuff different from what we got in the Get To Work expansion. 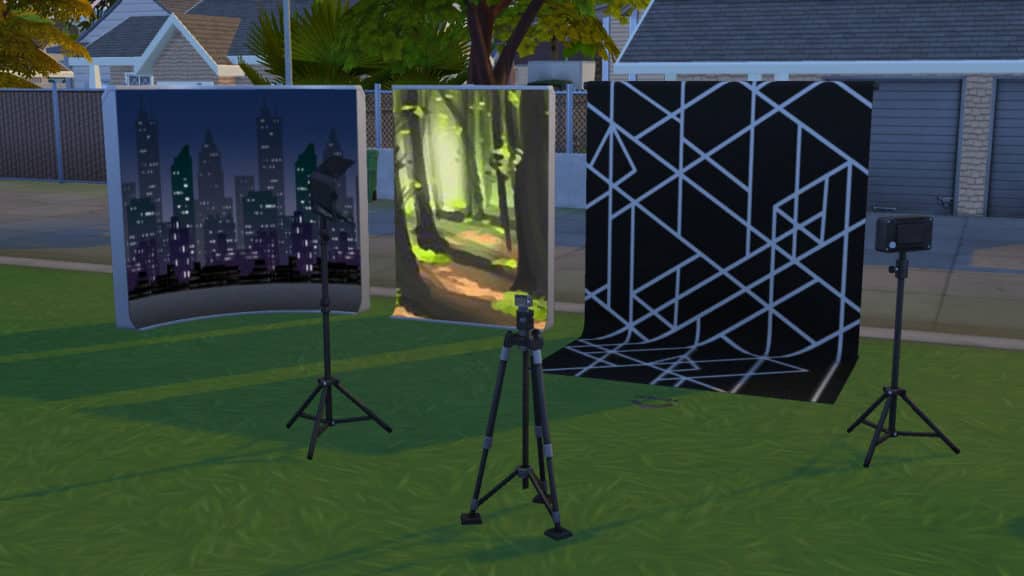 Anyone who owns Get To Work will have access to the photo studio, which can take much better pictures than the handheld digital cameras. So why do you need the photography equipment in Moschino Stuff if you already have a fully functioning, all-in-one photography studio from another pack?

While the photography studio is a great tool to have in your game, it is very limited compared to what the tripod, Sim position marker, and lights from Moschino Stuff can do.

Because they’re all separate objects that can be moved around independently of each other! They are also completely portable!

Why is this a big deal? The photo studio from Get To Work is one giant object that can’t be carried around in your Sim’s inventory. It must be placed on a lot. You are also limited to the set backgrounds of the built-in backdrop. This really limits what you can do with the photo studio. 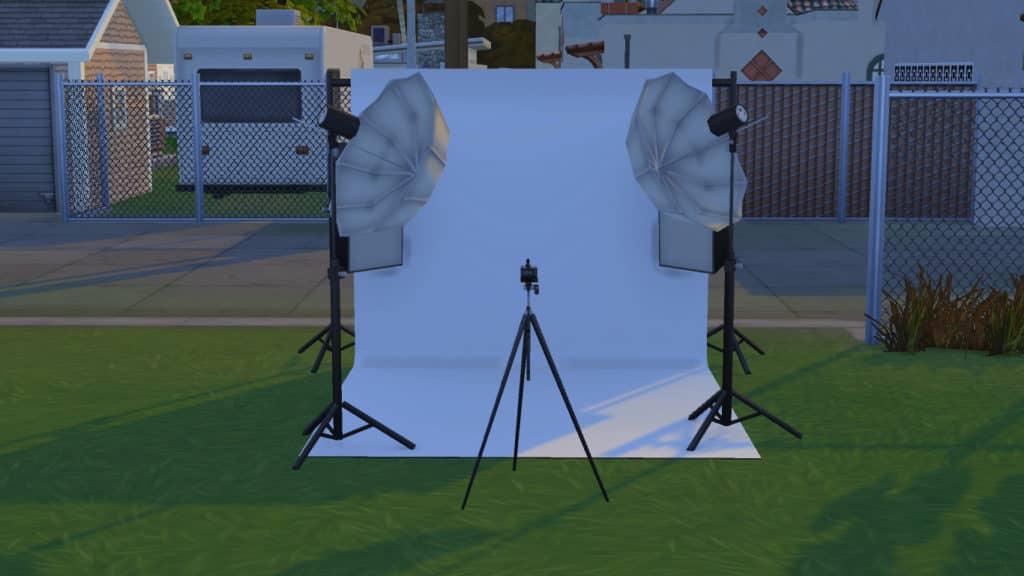 Having portable equipment in several different pieces allows you to take epic shots anywhere in the world. The entire world is your backdrop! This is especially great for beginner photographers who may not be able to afford their own studio, yet.

The Sims 4 is known for its stunning worlds with breathtaking scenery but until now, it was difficult to really capture that beauty on camera. Now that your Sims can take their tripod with them anywhere, the whole world is now open to your Sims’ creativity. No lot boundaries to worry about! Take anything you may want or need wherever you like; lights, tripod, Sim markers… they’re all fully portable and ready to take absolutely anywhere. 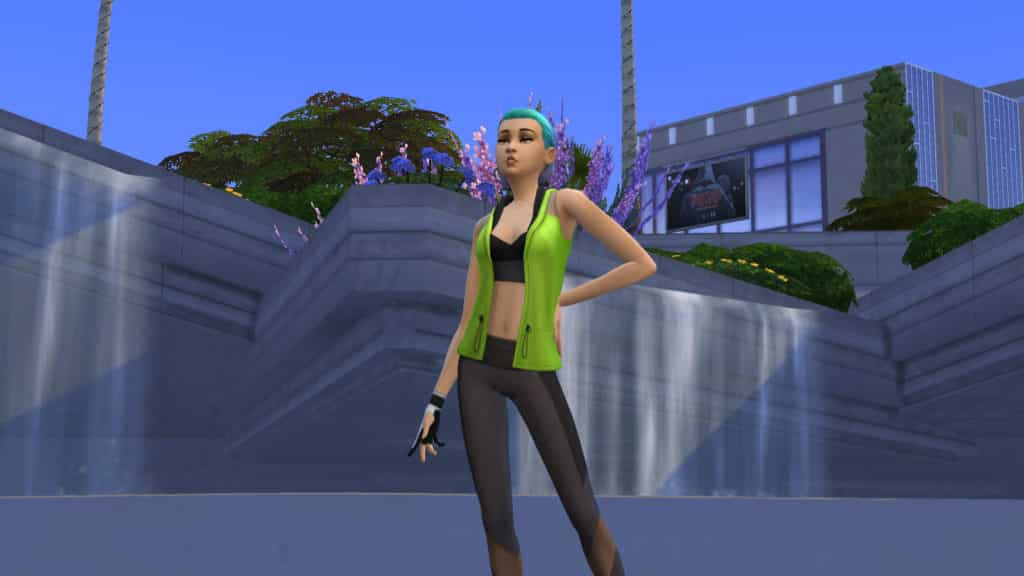 However, if you do want a more staged, flashy look and would like to utilize some manufactured backdrops, Moschino Stuff has you covered, too. There is a simple backdrop in a variety of solid colours and patterns that can be used in your Sim’s studio. There is also a new digital backdrop that comes in two pieces; one curved and one straight piece. These pieces can be attached to create a seamless wraparound backdrop, but that’s not even the best part. The digital backdrops are animated! This means your shots will never be exactly the same, even when you’re using the same backdrop! 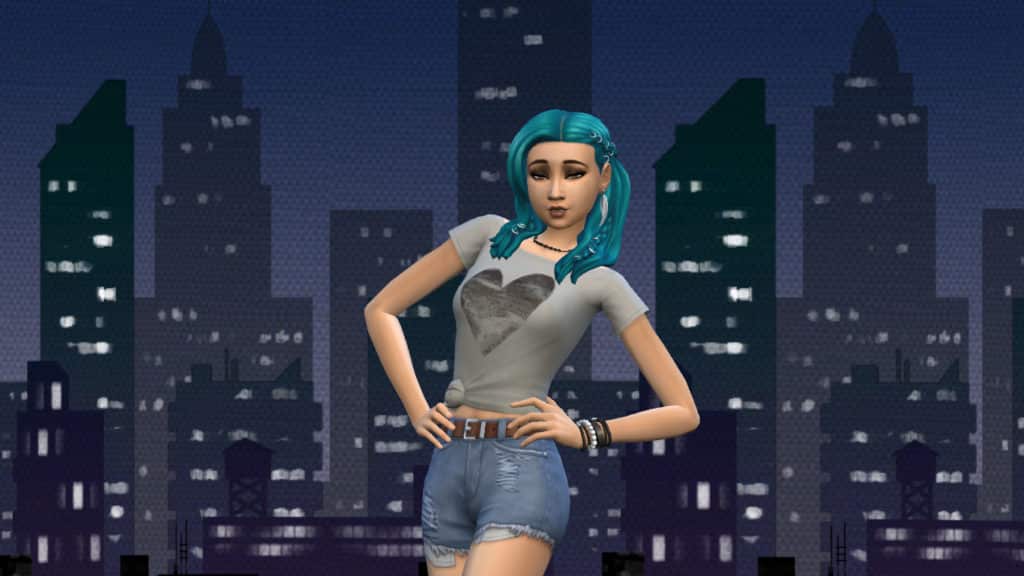 With all of its new features, gameplay objects, and freedom, Moschino Stuff is a huge step up from the photography tools we’ve seen in the game previously. If you or your Sims are passionate about capturing all those special moments in life (or getting the perfect glamour shot), Moschino Stuff is well worth the investment.