The September challenges may be over, but there are more challenges to check out, this month. I’ve been rummaging around the gallery to find a few October CAS challenges and I’ve manage to spots some that you’ll like, one of them looks rather spooky. 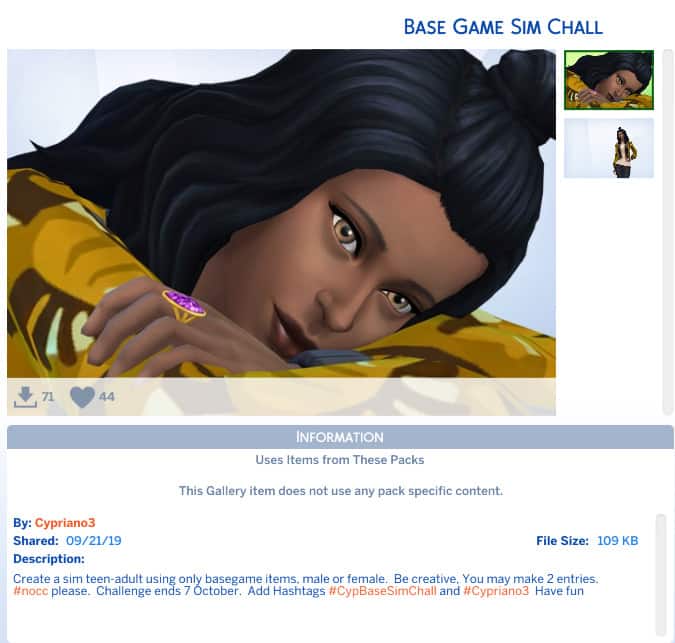 Cypriano3 is putting up a Base Game Sim challenge. It’s pretty simple, just create a sim, male or female, and then add clothing and hairstyles from the base game. No CC, No packs, just the base game itself. You can also submit your sim up to two entries. Hurry, The Base Game Sims Challange ends on October 7th.

With the horror hoilday just around the corner, Popee2017 has teamed up with StephieCat123 to host a Halloween themed challenge. To enter, make a sim or more and dress them up in scary, cute or weird costumes. CC are also allowed. The Halloween Challenge ends on November 1st. 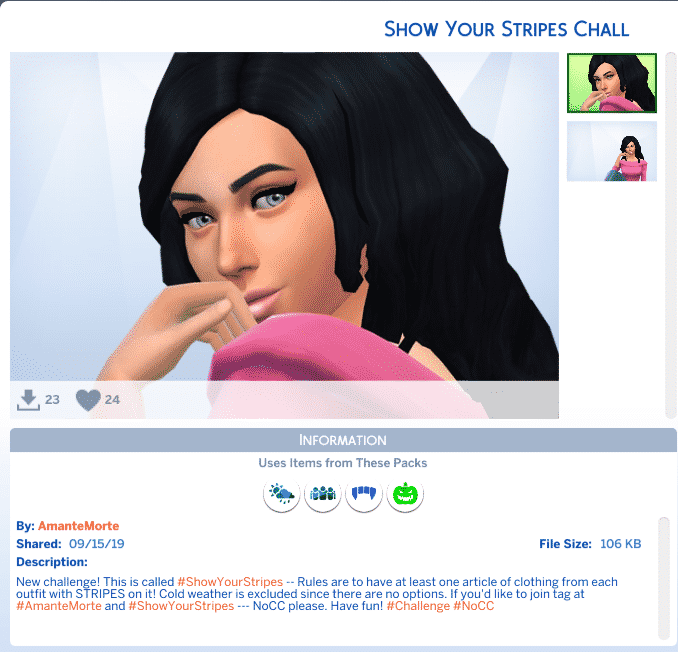 Party with you’re favourite stripy top with AmanteMorte’s Show your Stripes challenge. Just create a sim as normal with one rule, one clothing part that has stripes on it in each outfit (execpt Cold Weather) and CC aren’t allowed for this challenge. 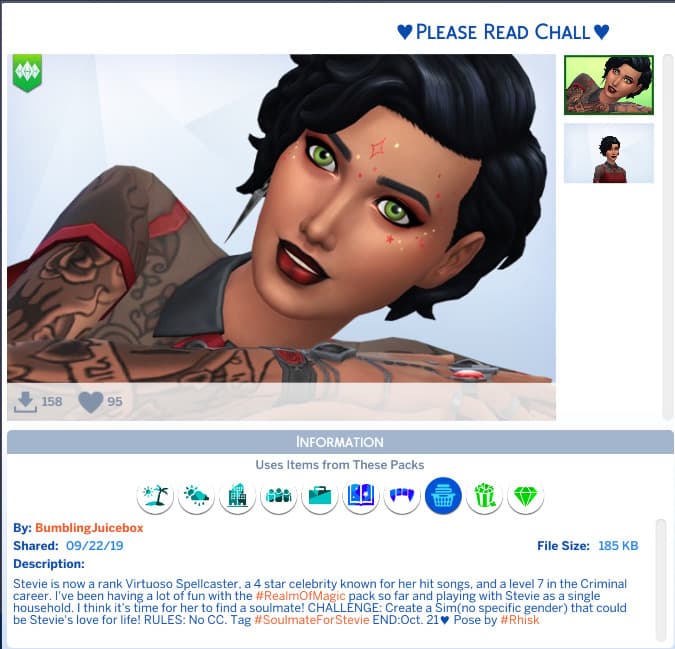 BumblingJuice is having a lot of fun with Realm of Magic since it’s release. They’re running a challenge centred around their sim, Stevie a 4 star celebrity spell caster and is looking for the love of her life. To enter just simply create a sim, any gender and tag #SoulmateforStevie on the description. CC are not allowed for this one. Soulmate for Stevie Challenge ends on October 21st. 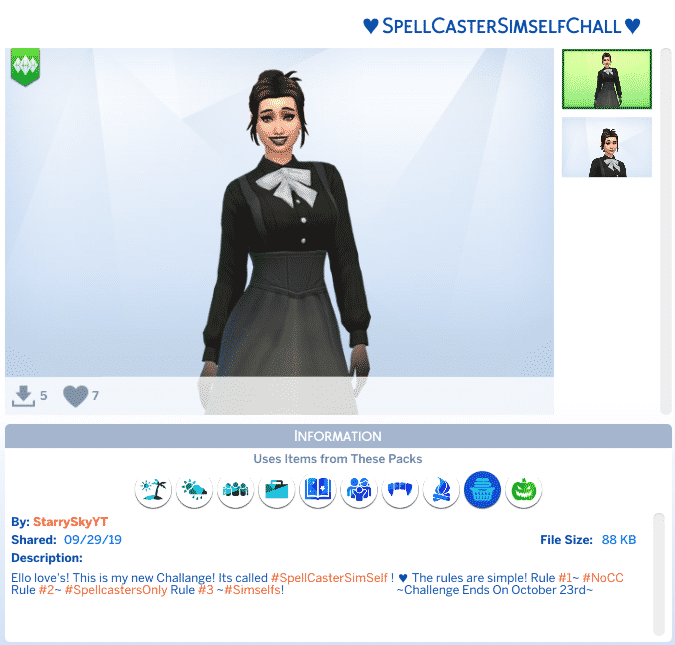 For those who love Realm of Magic, StarrySky has started up a game pack themed challenge. To join you must create a spellcaster of your sim self and you must own The Realm of Magic game pack first. Spellcaster Sim Self Challenge ends on October 23rd. 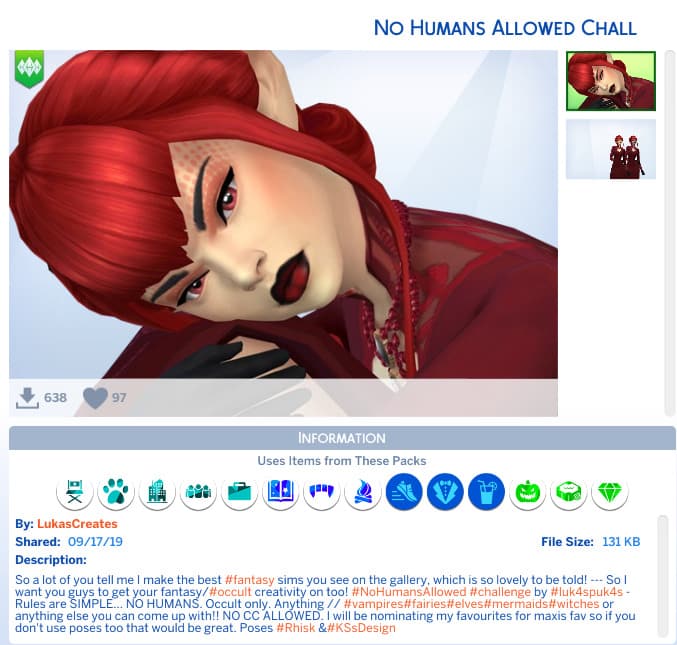 LukasCreates presents The No Humans Allowed Challenge. Just create a occult sim or just make up a supernatural sim that hasn’t been put in the official game yet such Elves, Fairies, etc.