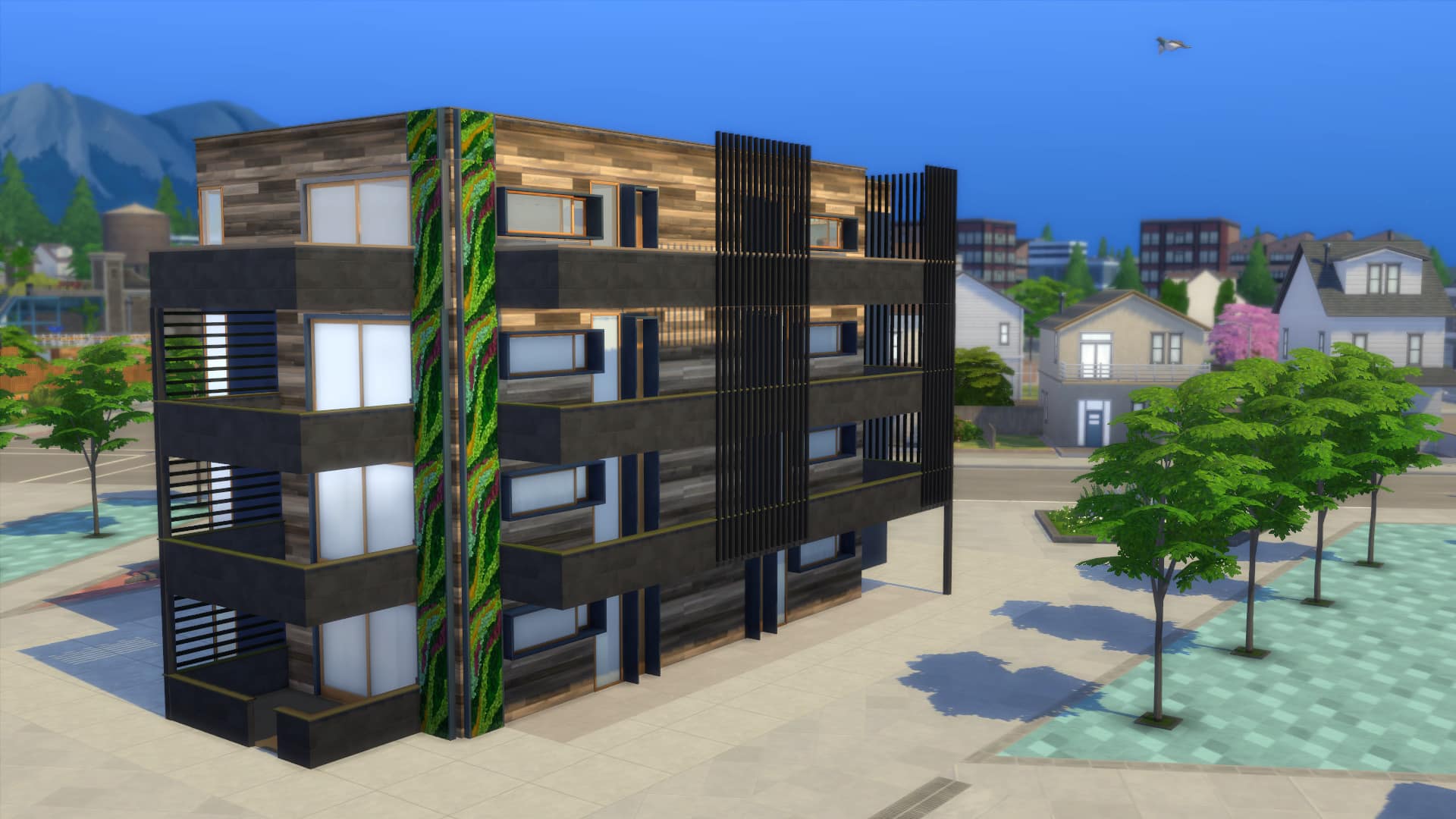 Many players may have noticed that since the release of The Sims 4 Eco Lifestyle, the balcony in the Pinecrest Apartment #404 is no longer an area in the apartment that can be used.

When we first saw the apartment in the Early Access videos from Game Changers, they were playing on an Alpha build of the expansion pack. This meant that some aspects of the pack could change. Usually, this would be in the form of fixing any bugs or issues that have cropped up. As a result, the balcony from Pinecrest Apartment #404 was one of the aspects of the game that had some issues.

The image below from SimGuruPaul/SimGuruFrost goes into a bit more detail about the issues with the apartment.

Hi all, this is a design decision and I have more info from SimGuruPaul to share on why:

Thanks for playing Eco Lifestyle, Simmers. We want to address your feedback on the balcony of Pinecrest Apartment #404.  Some of you might have seen some early videos in which Game Changers were building on balconies. They were playing on an Alpha build that had the issues described below. When we initially designed and built that apartment, we planned for the balcony to be buildable space to make up for the real-life limitation of not having a yard.  We ran into some challenges along the way and we’d like to share with you what happened.

We explored and attempted multiple fixes, but when they didn’t pan out, we decided the best option was to return to a static balcony and adjust the logic for determining the front door.  We apologize for any confusion this may have caused and we hope this at least gives some insight into what went into the decision. 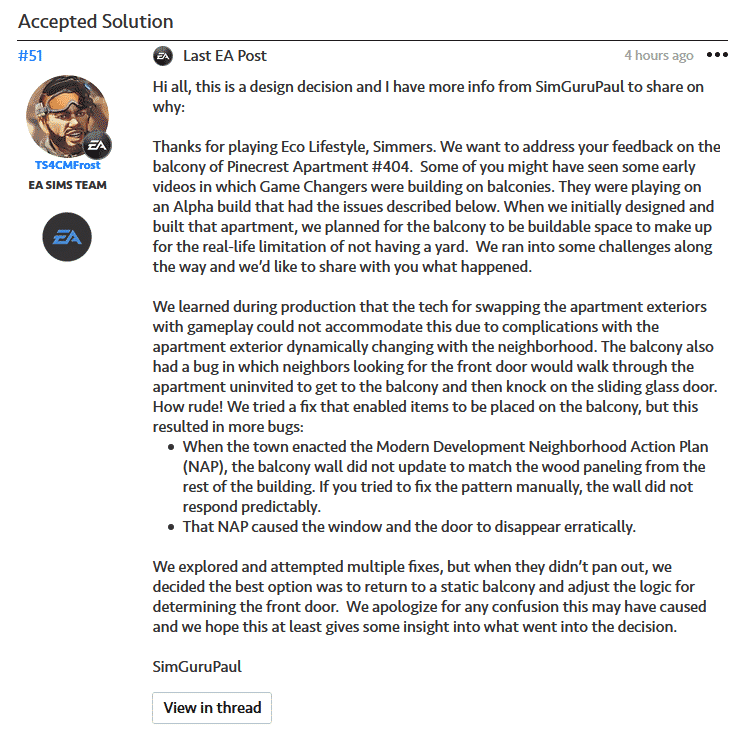