The Sims 4 Star Wars Journey to Batuu comes with four brand new Aspirations for your Sims to choose from. Both of the aspirations come under the new Star Wars category in the aspirations panel. Simply chose either Hope VS Order or Galactic Privateer to get started and begin your Star Wars adventure! 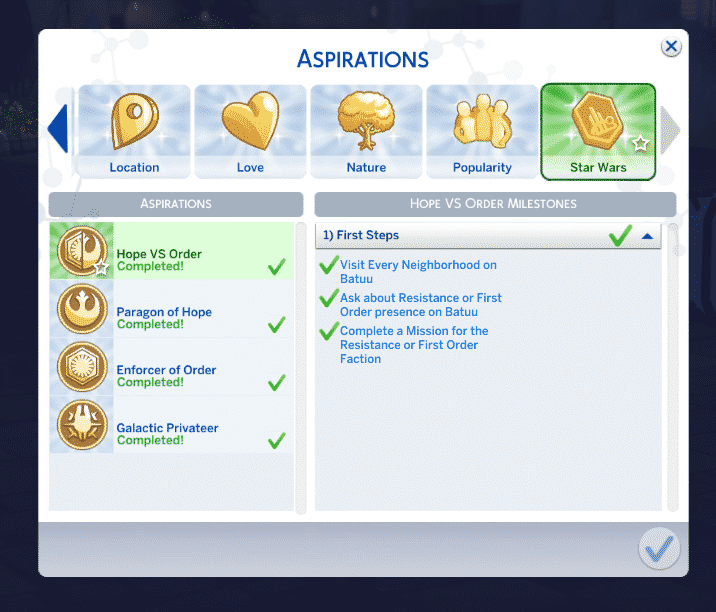 “This Sim isn’t about choosing sides, they’re happy just mingling among the smugglers, and bounty hunters on the fringe planet of Batuu. Earning a few extra credits along the way is just a bonus, no matter how they get them.” 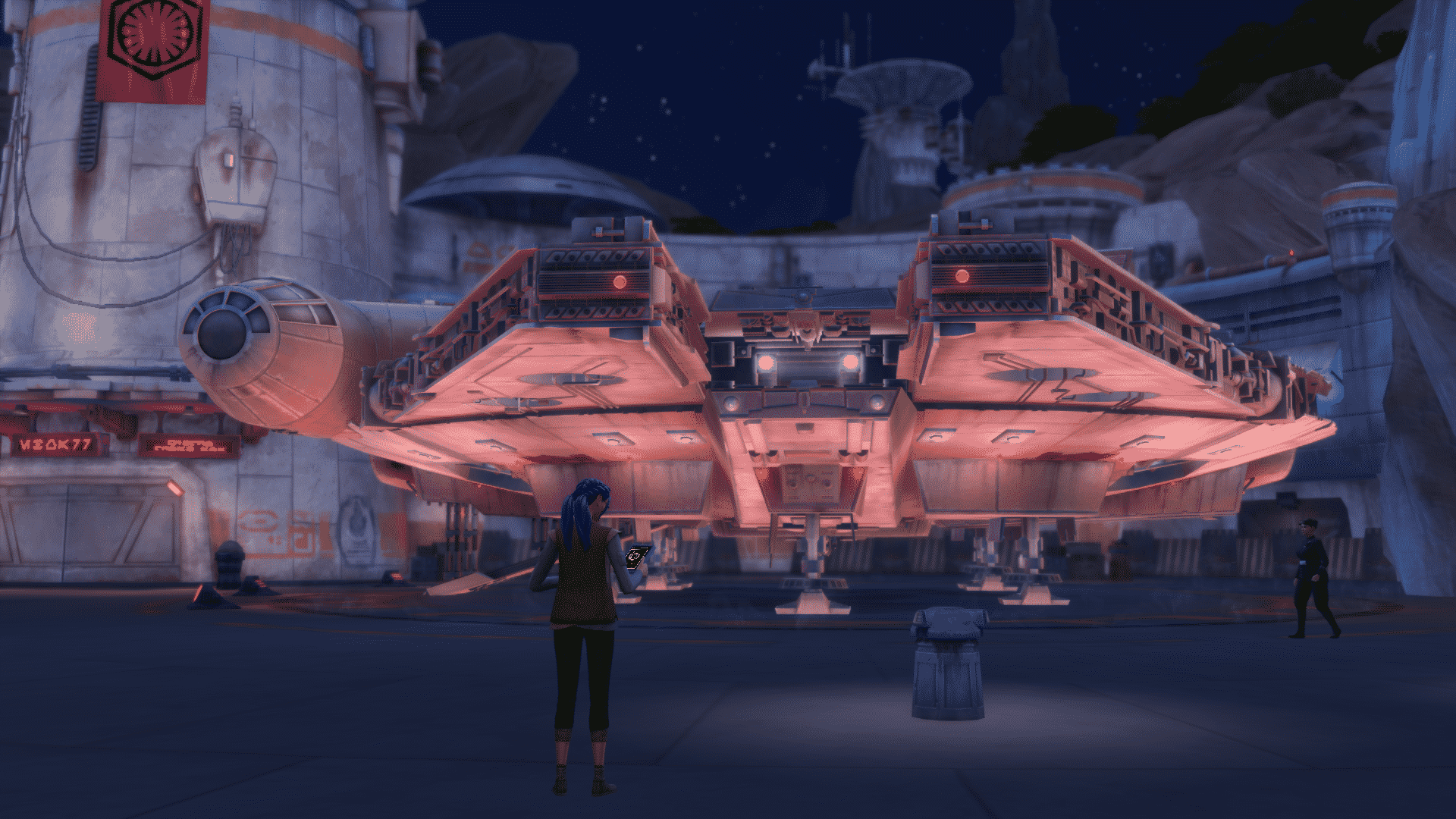 “On the world of Batuu there is a growing conflict. This Sim is out to explore Black Spire Outpost and understand whether they should stand with the Resistance of the First Order.” 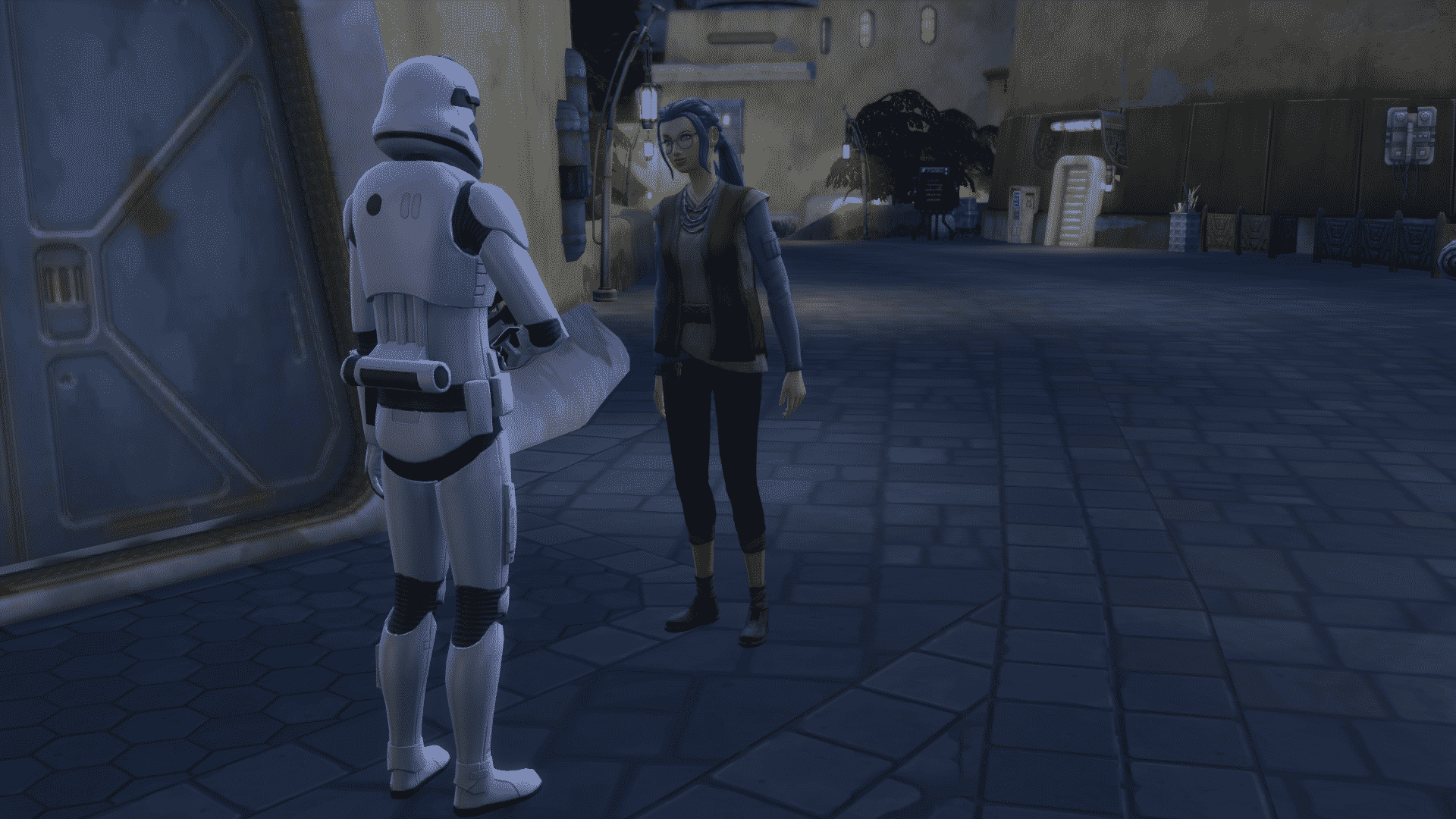 The next two aspirations unlock once your Sim has completed both Hope Vs Order and Galactic Privateer aspirations and you can start with either. Both of the new aspirations are tailored towards either the Resistance or the First Order. You are able to freely swap between the aspirations as well as being able to change the faction your Sim is a part of.

“This Sim looks to be the spark of hope that disrupts the First Order’s operations on Batuu and aid the Resistance cause.” 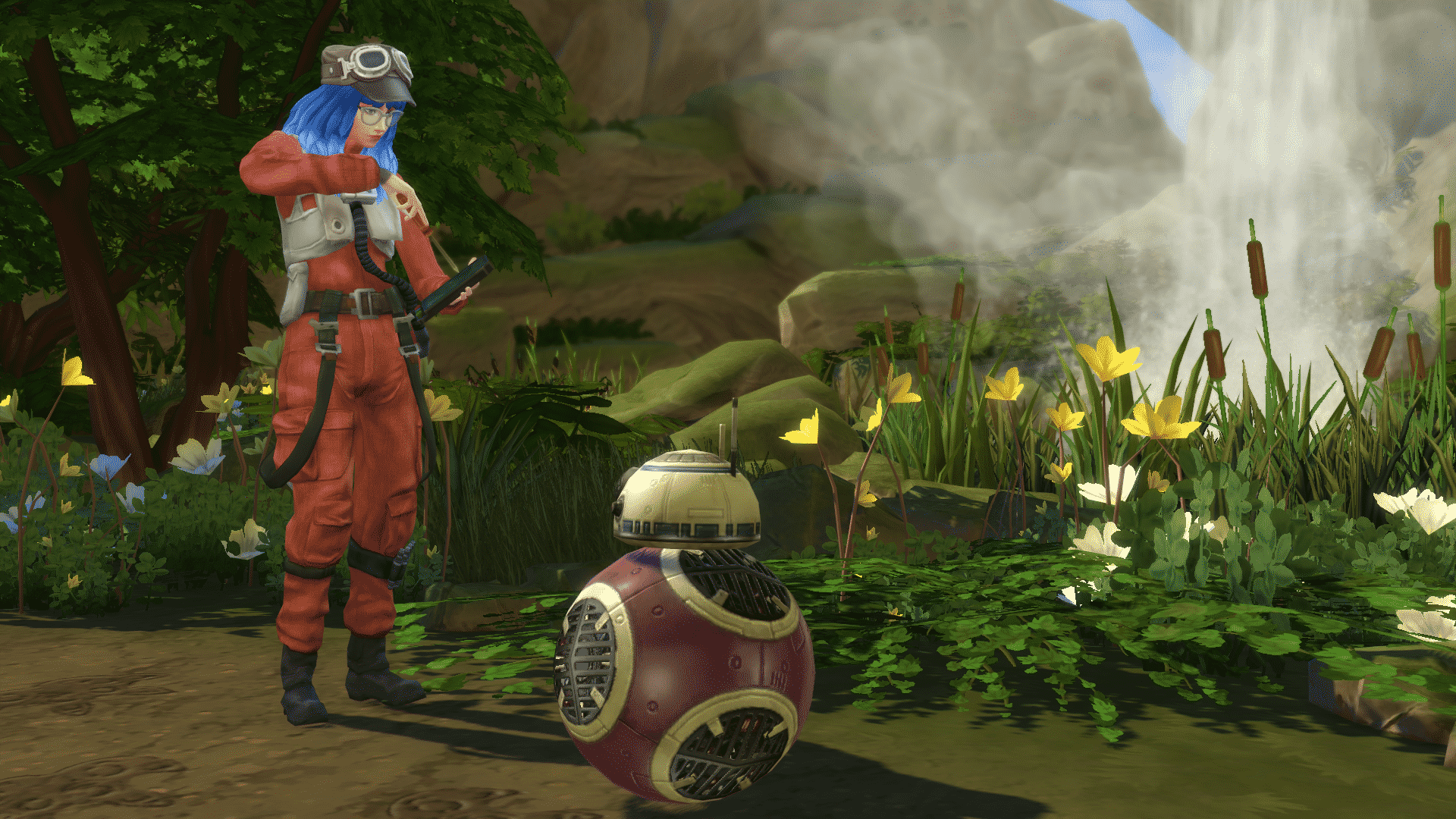 “This Sim is out to prove their loyalty to the First Order by stamping out the Resistance presence on Batuu.” 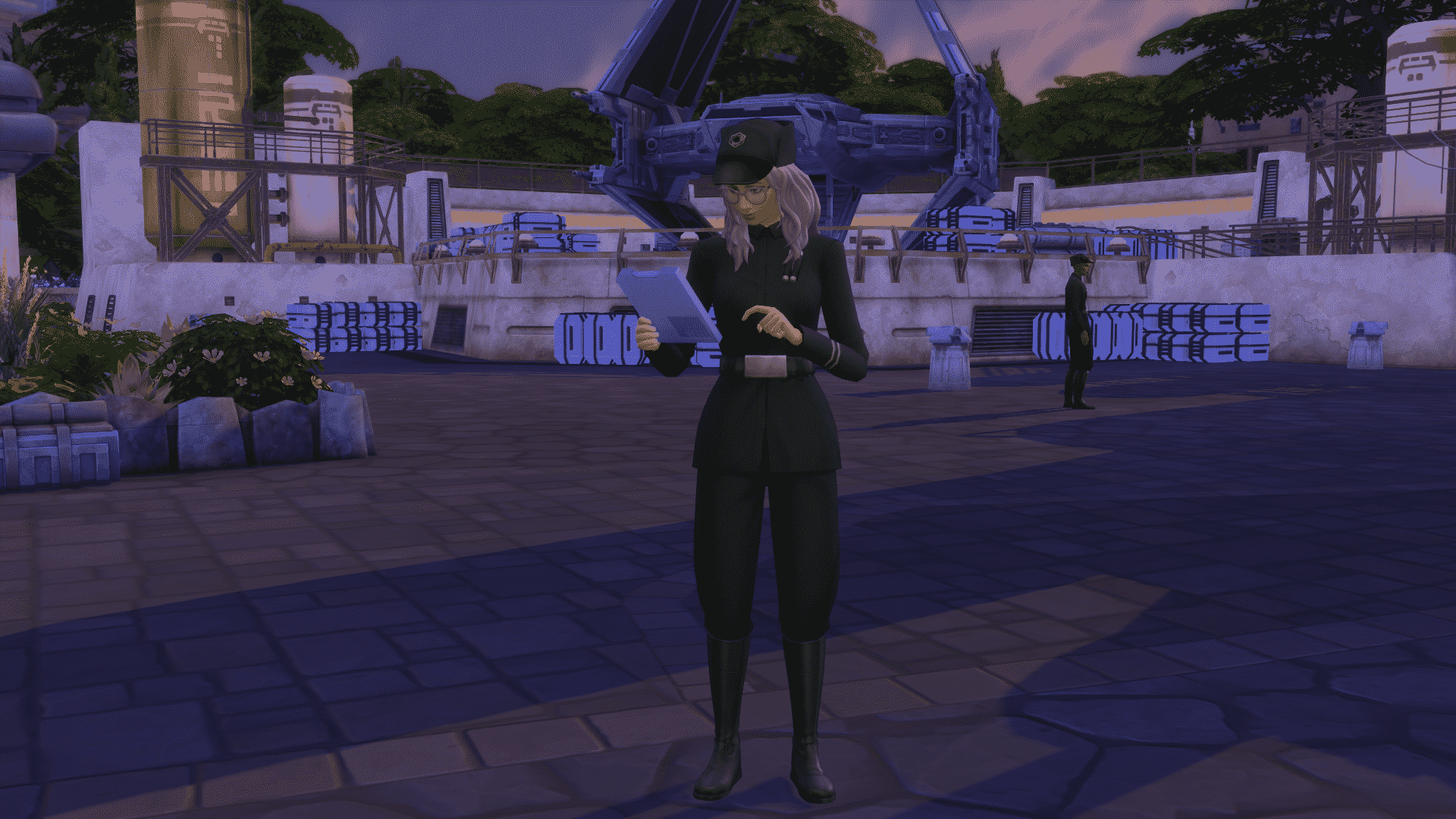 Supreme Authority: Sims with Supreme Authority have an edge during fights and can show their might, encouraging other Sims to back down from hostile socials with them. These Sims are also less likely to die from anger.

Are you going to join the Resistance or the First Order? Let us know in the comments or come chat with us on social media!