With the announcement of The Sims 4 Snowy Escape Expansion Pack The Sims Team also revealed that the pack will be bringing a new feature to the table called Lifestyles.

They’ve briefly explained what the feature will offer, saying:

The Sims 4 Snowy Escape also introduces Lifestyles and Sentiments features, adding more depth to Sims’ personalities and relationships. For the first time, up to 16 Lifestyles will manifest in response to a Sim’s actions and habits, changing their behaviors significantly more than Create a Sim traits as they reflect a Sim’s lived experiences. Lifestyles manifest in response to your Sim’s actions and habits, changing their behaviors appropriately.

The Lifestyles Feature has been described as being more significant than the CAS traits considering that they reflect something that your Sims have already lived through.

In the latest gameplay trailer they’ve given a first look at the Lifestyles Feature and what some of the Lifestyles will be. Keep in mind that there are 16 Lifestyles total and that not all of them will be visible to you right away (hidden).

The official blog post has revealed an additional Lifestyle that wasn’t shown in the trailer: Workaholic. 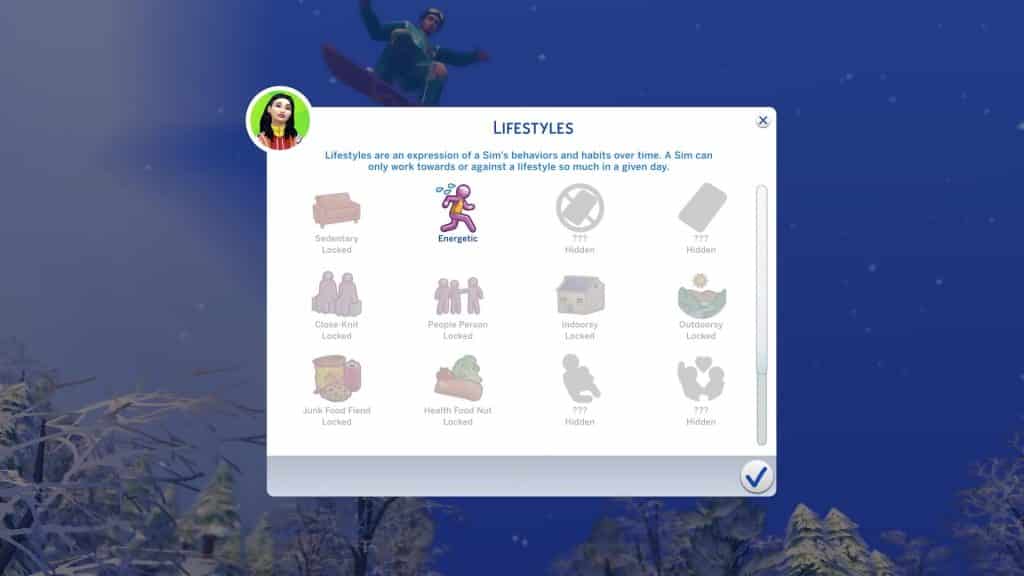