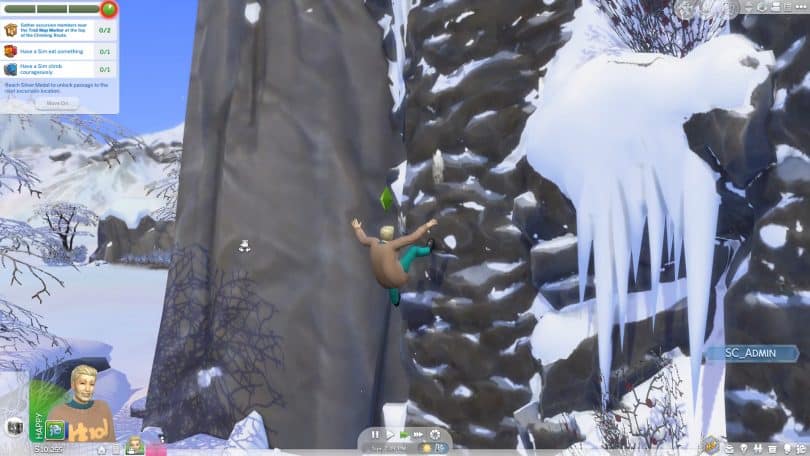 I’ve had a very long but quite an incredible journey trying to trigger the new deaths that come with The Sims 4 Snowy Escape Expansion Pack. Considering that we didn’t have access to any mods during our Early Alpha-hands on all of the deaths had to be caused…naturally.

Snowy Escape comes with two new deaths and I’ll be breaking down each one below!

Triggering this death was quite a painful experience…at least for my Sim. Snowy Escape introduces different types of Vending Machines to the game that can often work against your odds and eat up all of your hard-earned Simoleons. If your Sim is lucky they’ll be purchasing an item of their choice without any issues. However, the Vending Machine sometimes likes to play a game of odds and not giving you an item that you’ve ordered because the item’s been stuck. 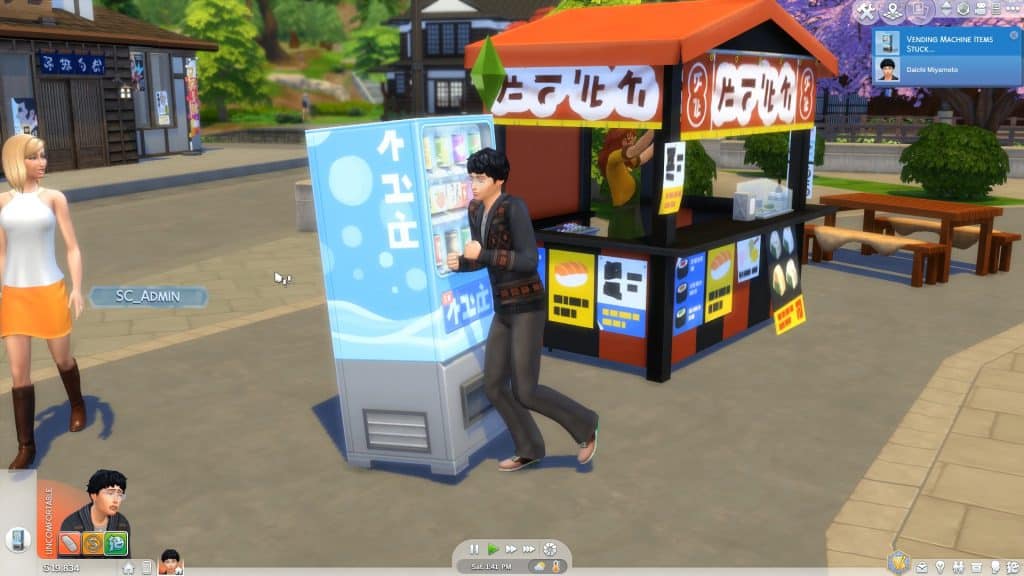 Not the best but not the worst case scenario? They’ll get on top of the Vending Machine thinking they’ll be able to get the item they want in a more agressive way. In that case the Vending Machine will crush them, they’ll eventually get back up and have to try again. 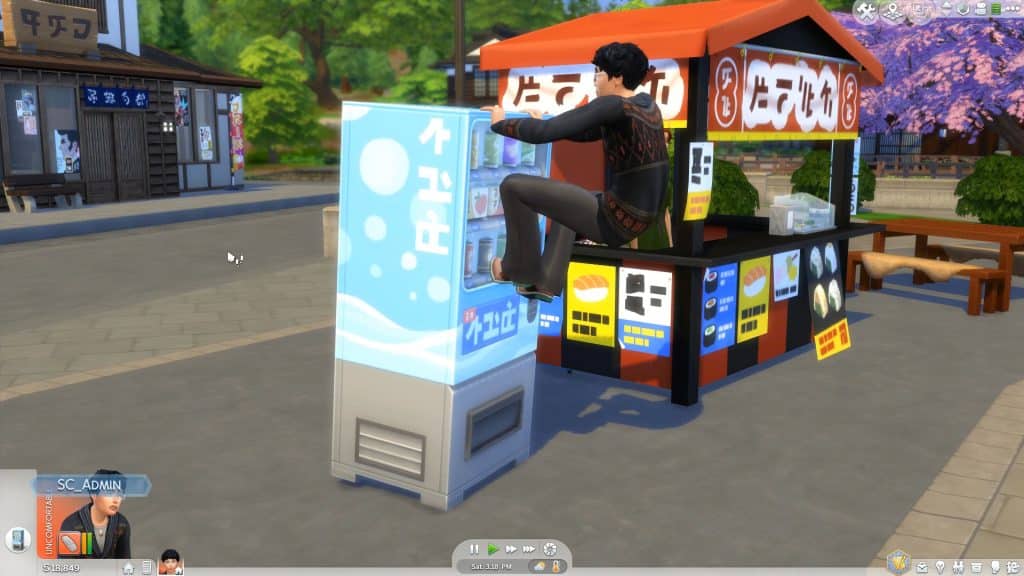 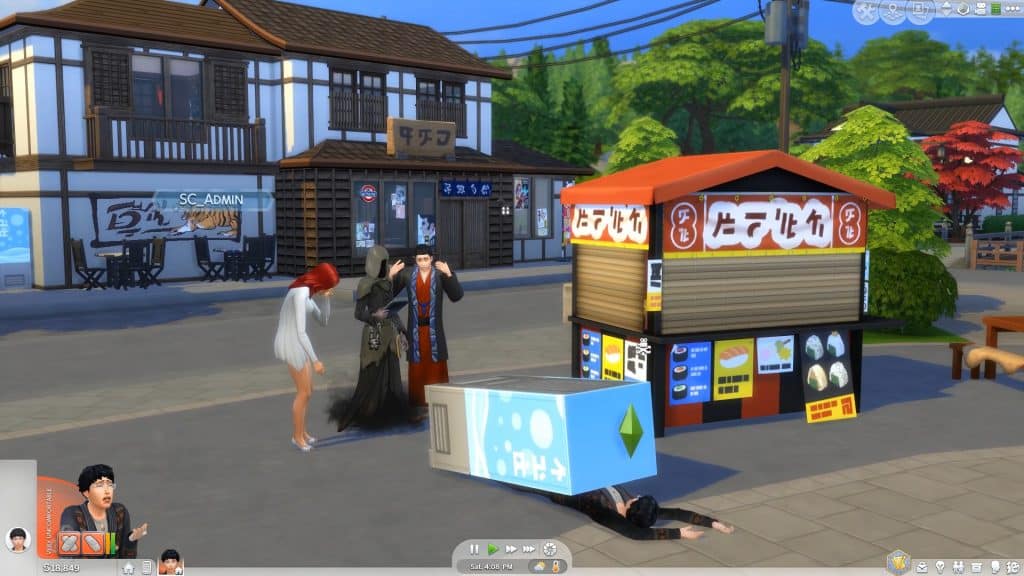 The Grim Reaper took the soul from my Sim and restored the Vending Machine back to its original state. 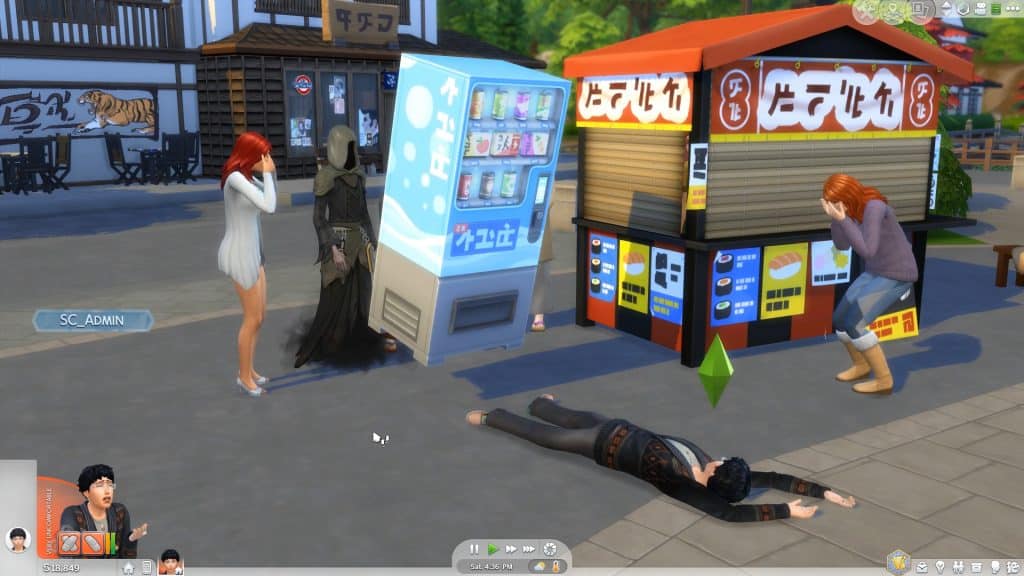 Considering I didn’t have anyone else in my Household I couldn’t see what the new Vending Machine ghost looked like. So I went on another adventure of killing off a different Household instead. This time with two Sims.

After successfully doing so I was able to add my Ghost Sim to the Household using a simple Shift + click on the Gravestone cheat. My Ghost Sim immediately then went back to the place of her death – this case the Vending Machine – and couldn’t believe her eyes that this was the way she went.

Fun fact: Sims who die from the Vending Machine have a can of fizzy juice spinning inside of them! 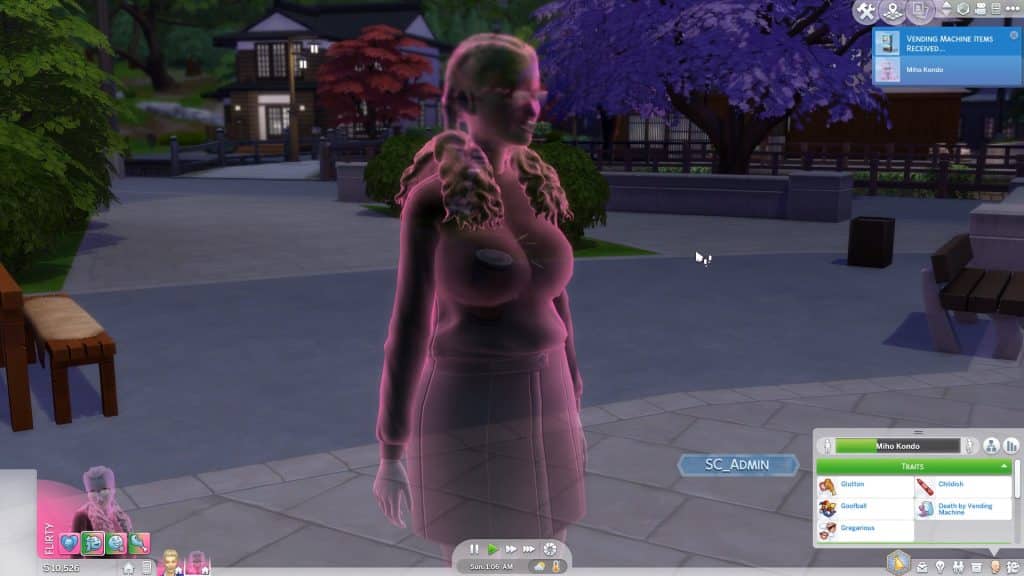 This was a really tough one because I didn’t know what exactly is the breaking point of a Rock Climber and on which Rock Climbing heights should I push my Sim. I’ve made a decision to get him to the Level 6 of the Rock Climbing Skill and send him off to a Mountain Excursion.

In the second (and last) neighborhood that you reach on your way to the top of the Mountain your Sims will be challenged by the biggest rock wall that there is in the game. I knew I had to give this wall a try considering that Sims only get to Attempt to Climb the highest route possible at Level 6 – with higher levels giving them more confidence in doing so.

Usually Sims will often slip up and fall, landing on their feet if they’re not completely competent to master a certain rock wall. This would only give them a small injury but they’ll still be able to move on.

Often Sims who fall again will get a serious injury and they won’t be able to interact with the Rock Climbing wall at all for the next 6 hours in game.

However, a small percent of chance for Sims who have been injured once and continue to try to conquer the wall again will slip up…and fall to their death.

The Grim Reaper left the gravestone in this Neighborhood so yeah – I had to send off another household on an excursion to acquire the gravestone and bring back my Sim from the dead to see what their Ghost looks like. I was surprised to see that there weren’t any special visual effects happening for a Sim who fell to their death.

But hey, at least my Sim was able to conquer that Rock Wall, even though he already paid the price once for trying to do so… 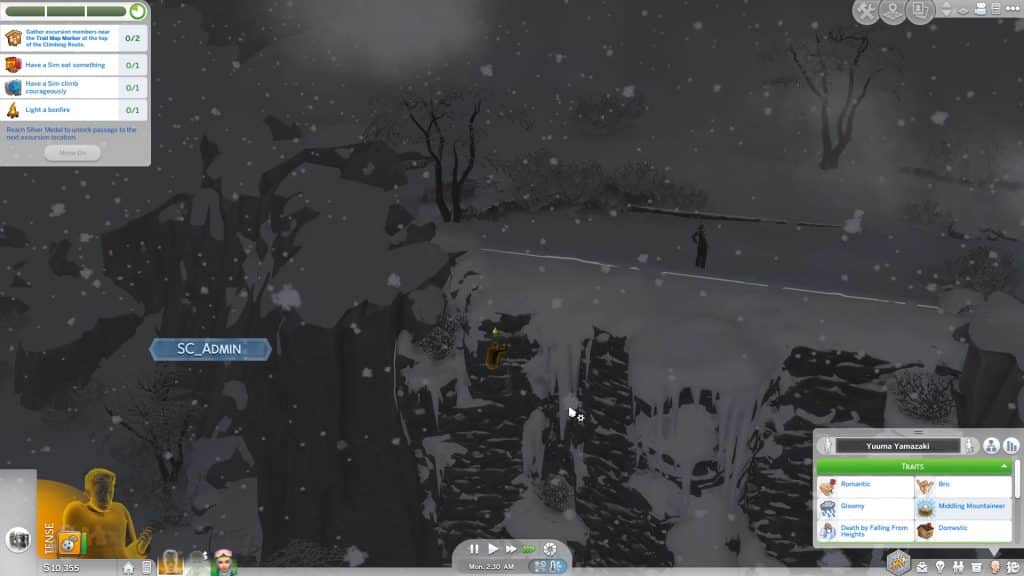