The Sims 4’s Main Menu went through A LOT of changes ever since the game’s release in 2014. There have been plenty of reasons why the Main Menu changed through the game’s lifespan – the releasement of new packs, new gallery features and showcases and in general the desire to make the menu organized and filled up.

In this post I’ll be showing all the different versions of The Sims 4’s Main Menu for all the User Interface fanatics and graphic designers out there!

The Sims 4’s first Menu was simple. Maybe a bit too simple. It featured a lot of plain white with not much going on except the cool animated splash screen showcasing different features that came with The Sims 4 Base Game. The release of The Sims 4 Outdoor Retreat Game Pack also brought in some new video animations.

You can also check out some of the animations that were featured in the video below:

The Sims 4’s first Expansion Pack (Get to Work) also brought a new Main Menu. It featured an animated splash render of the latest installed pack as well as information boxes on the bottom of the screen that featured Community Highlights, Tips and more. There was also a My Packs category that featured box arts of all the Packs that there are and which ones you own. This design has been similarly implemented on the Main Menu we have today. 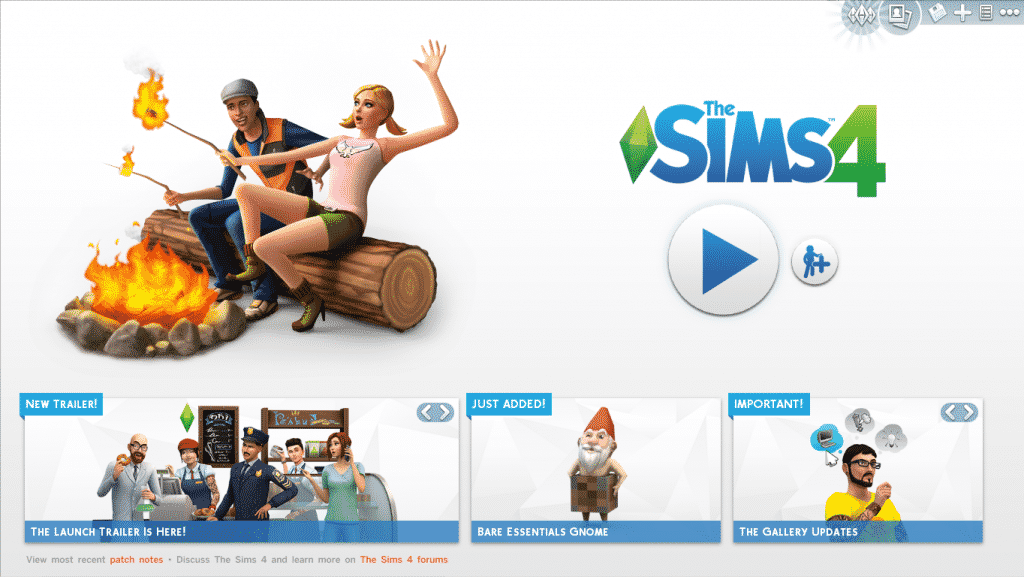 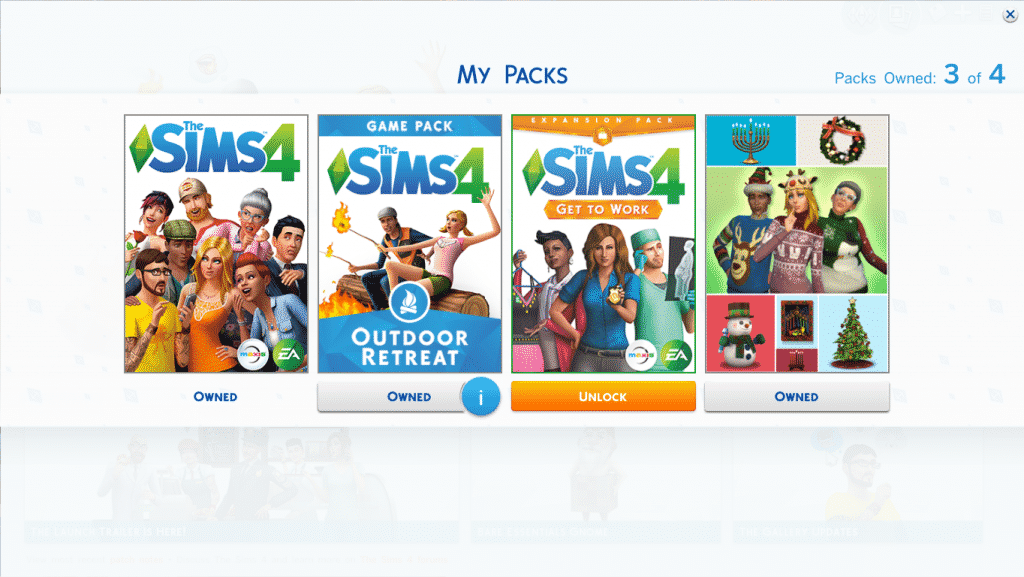 With more packs releasing came the need to fit them all together on the Main Menu. In February 2017 shortly after the release of The Sims 4 Vampires Game Pack came a new Main Menu with somewhat similar elements featured on the right side of the screen. On the left was a banner with save game options and a collection of all The Sims 4 Packs. However, as 2019 came the Pack Collection menu became too overpopulated where players then had to scroll to see the entire collection.

In July 2019 there was a huge rebranding of The Sims 4 which changed the look of some of the game’s User Interface elements – including the Main Menu. Online news and information have been displayed on the top center with the latest packs and their trailers showcased on the left. The Your Collection category has been recategorized so that all the packs could fit in properly. However, the Stuff Packs bar kinda became too big with new releases, leading up to the Main Menu we have today.

Probably the most drastic Main Menu change. Online news, pack releases, new challenges and gallery creations are now put up front and center with save game, gallery and game options displayed on the right bar. The Sims Team also reverted back to showcasing the packs as boxarts in the Packs category so that the Main Menu doesn’t keep reminding you constantly of which packs you possibly don’t have. The category features Pack type filters as well as filters for packs you have or don’t have purchased. All the pack reminders regarding the Pack discounts and sales have also moved to this category!