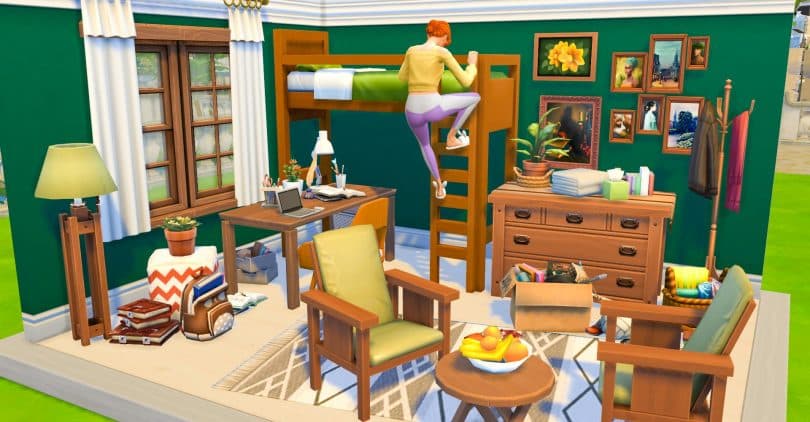 It may have taken a while for them to be introduced to the game but bunk beds are now in The Sims 4! Yesterday SnarkyWitch shared an overview to the latest additions and since then, the community has been busy creating a variety of rooms using the new bunk beds. You can take a look at the bunk beds overview article here!

It became clear pretty early on that while you couldn’t simply just place objects under either of the Top Bunk only options, with a little help from the Move Objects On cheat, it made it possible to customize them even more. While many players were disappointed initially that there were some restrictions with using bunk beds, a tweet from SimGuruNinja confirmed that these bunk beds were merely the first iteration which leads us to believe that we will see more bunk beds with improved functionality and customization options in the future.

For this first iteration of Bunk Beds, placement of other objects beyond single beds will not be supported. But for those of you who want to experiment, we’re excited to see what kind of creative things you come up with from leveraging the MOO cheat! (from patch notes)

What is also interesting is that a number of members who are experienced with looking at the game code and modding have discovered that the bunk beds actually do have coding to allow other objects to be placed under them. Hopefully it won’t be too long before we see these as normal customization options for bunk beds.

The slots for what’s going to be slottable under the bunk beds are already there, so they are working on it, I’m positive it’s going to be very soon #TheSims4 pic.twitter.com/u6ICBwuP49

Now, as I mentioned at the start of this article, the community has been busy creating some brilliant and unique rooms with bunk beds. Here are some of the ones that have been shared with us so far!
“Fully functional!” – StephanyedYT 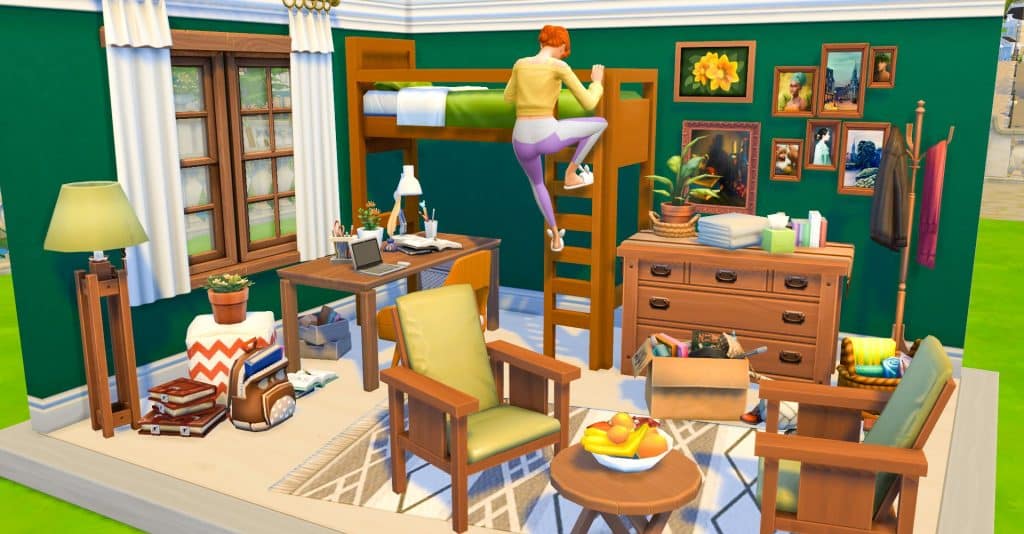 “Here’s one that I built for an Instagram Reel!” – ChrissieYT

Simmers even took on adding multiple bunk beds together to open up even more building possibilities!

“Just popped this on the gallery ID: dottydot89. Fully functional bunk beds in a split level bedroom made for triplets. Lots to do and so much fun to be had in the bedroom for three :)” – DottyDot89

DrGluon was another who took bunk beds to the extreme! 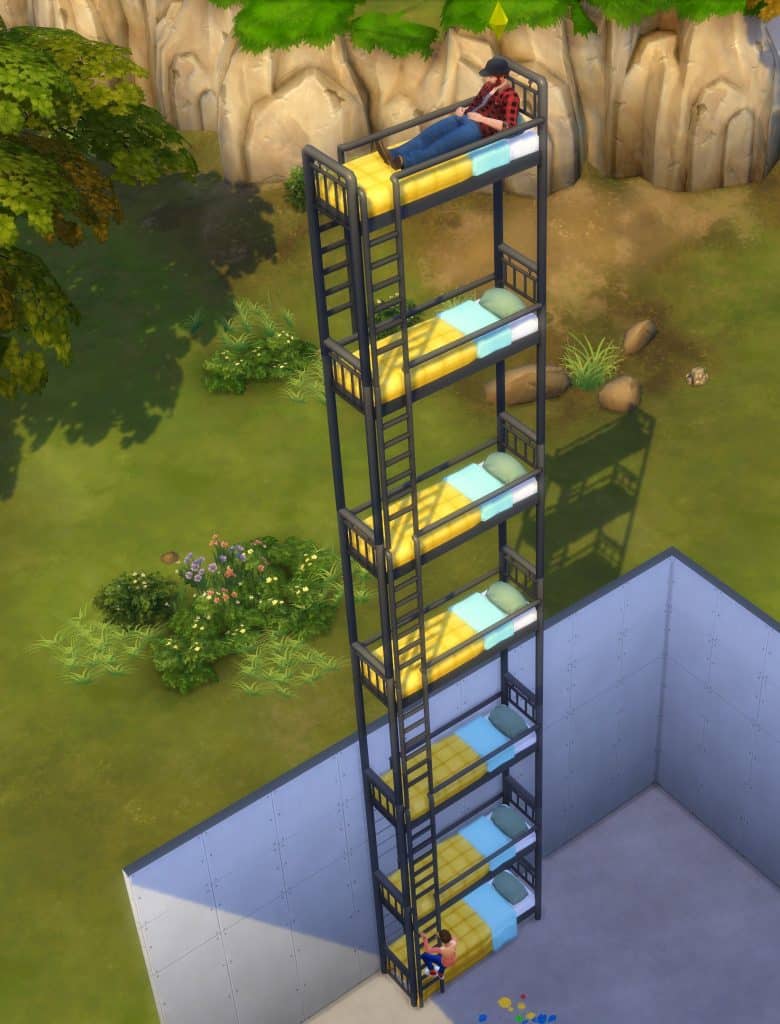 And there is definitely some unique ideas when it comes to utilizing the space under the Top bunk with as this interesting concept from SimMattically shows!

Finally SimmyTara shared ten ways to use the new bunk beds in their latest video!

There are endless possibilities when it comes to building with bunk beds and with these being just the first iteration of them, it makes you wonder what else could be possible in the future!

Let us know what you think about bunk beds below in the comments!