Modder TURBODRIVER has discovered some new code in the game after today’s patch which talks about the possibility of trying out packs before fully committing to them. Although the new code doesn’t specify which packs are included, it is interesting to see if more comes of this discovery. 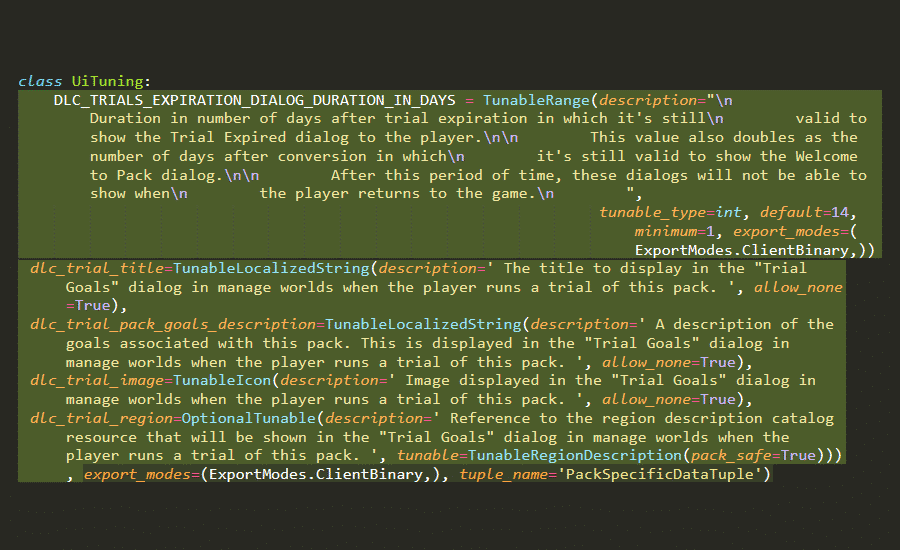 In addition to the above code being found, TURBODRIVER and Lowpolypancake also discussed some new UI elements. These can be seen in the new style Load UI after today’s patch caused a few of the UI mods to need updating.

It would appear that the game could potentially lock save files that have had a pack in a game trial once the trial period is over.

Lowpolypancake also went on to discover a new ‘DLC Trials’ UI file which also confirms that Game Trials are very likely on the horizon.

It is definitely an interesting move for The Sims that could help many players decide if a pack is right for them before fully committing to purchasing it.

Let us know what you think about the possibility of game trials coming to The Sims 4 in the future in the comments below.