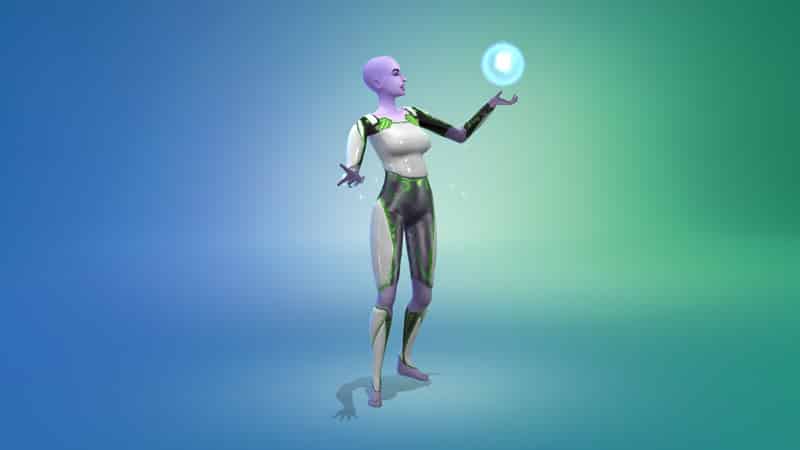 We all know The Sims 4 has many different occult types; aliens, vampires, mermaids, spellcasters, and servos have all made their way into the game. Occult fans with generational play styles are probably used to getting either one type of occult or the other when having two different occult types Try for a Baby. This is because The Sims 4’s genetic system is 50/50; offspring have a 50/50 chance of inheriting one trait or the other from each parent with a small 10% chance of a genetic mutation occurring, resulting in a random physical trait.

But sometimes things go either horribly wrong or horribly right with blending occults, depending on how you look at it. Sometimes, you end up with a Sim that is more than one occult type. This isn’t supposed to happen. It is a glitch and man… are these hybrid Sims ever glitchy and yet, so much fun even in all their bizarre brokenness.

I became obsessed with creating and playing with hybrid Sims a few years back and decided to bring one of my old saved Sims back from the deep recesses of my library to showcase just how wonderfully messed up they are. 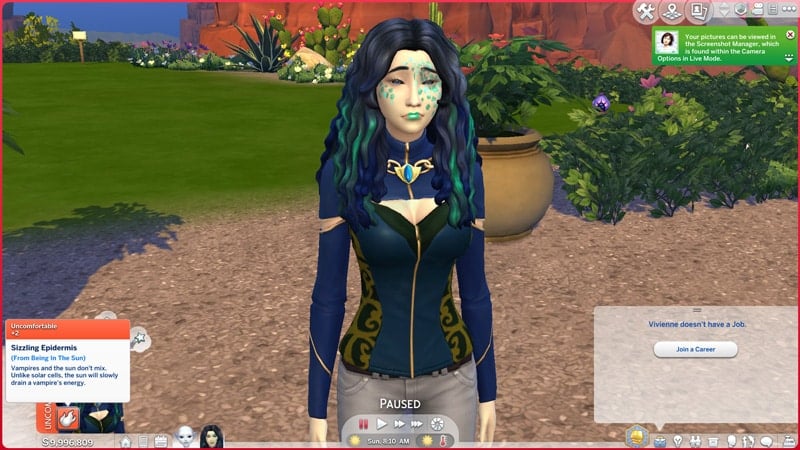 Vivienne Faye is a vampire, mermaid, and an alien who can use powers from all three occult types. Sounds pretty amazing, right? Well, yeah but hang on a minute. Vivienne is also very, very glitchy. She’s lots of fun to play and in all my time playing with her, she’s never done any kind of damage to my save file so she is safe to play with; however, she has some quirks.

Vivienne has the thirst and vampire energy motives for vampires, as well as the hydration motive for mermaids. She also burns in the sun, but she does not have a vampire skill tree. This means Vivienne is forever stuck as a weak, fledgling vampire because she can’t learn any vampire powers. She can protect herself from the sun by calling rainstorms as a mermaid, though. 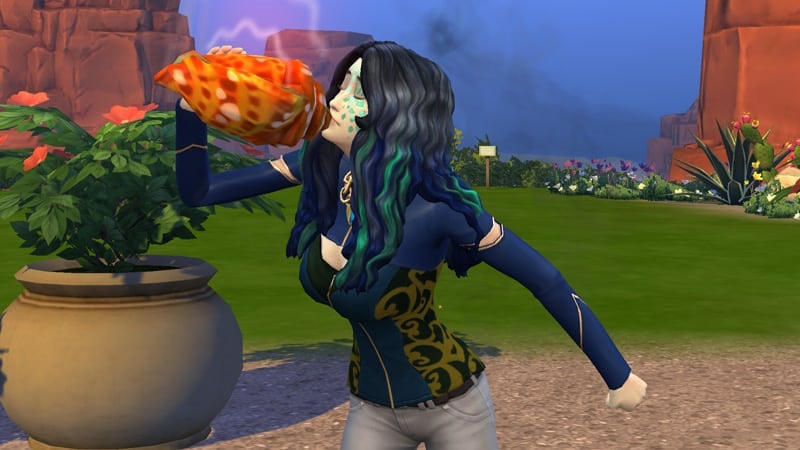 Vivienne has a mermaid tail when in the water but her mermaid form doesn’t show up in CAS so it’s not editable. Same goes for her alien form. She can switch into it in Live Mode but it can’t be edited in CAS. The only secondary form that shows up for her in CAS is her vampire dark form. In fact, editing her in CAS at all is kind of a major headache. 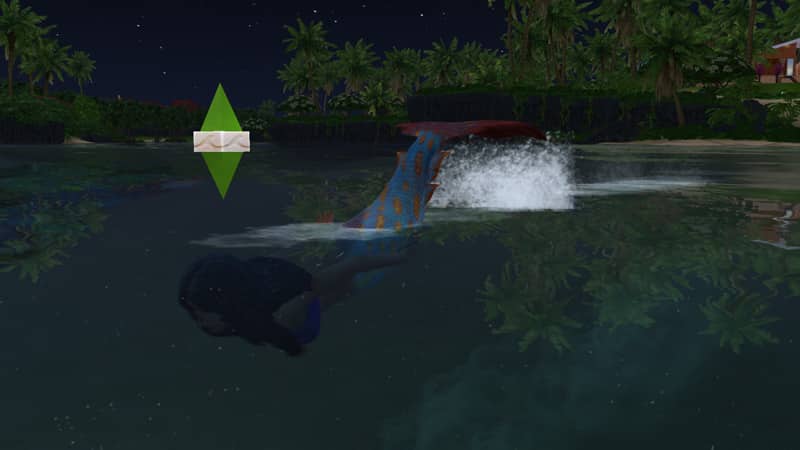 In-game, Vivienne is lots of fun to play, though! She has all of an alien’s special powers, all of a vampire’s basic abilities like drinking from Sims and dark meditation, and all of a mermaid’s abilities as well! This makes her really versatile and quite powerful… as long as you keep her out of the sun. That Call Rainstorm ability is really handy for a mermaid-vampire-alien hybrid who burns in the sun but has to swim and can’t learn any vampire abilities.

I wanted to push Vivienne one step further. I created Vivienne before spellcasters came to the game and wondered if she had a child with a spellcaster, if I could get a Sim that was an alien-vampire-mermaid-spellcaster hybrid! The idea was so crazy, I just had to try it.

With a few cheats, I plopped a spellcaster in the household and sped up the procreation process to give them an almost instant, but naturall-born baby girl. Elle. I aged up Elle immediately and… was a tad disappointed. 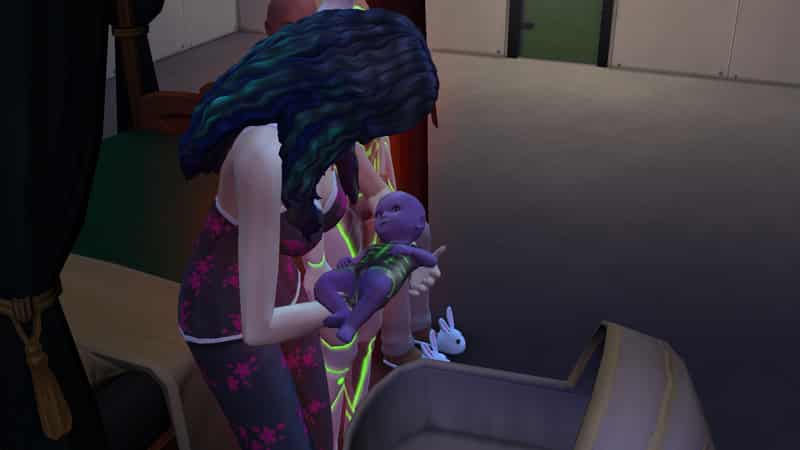 It turned out Elle had both alien and spellcaster abilities but I could find no trace of mermaid or vampire in her anywhere at all. Maybe a Sim can only be up to three occults at once or maybe the devs have partially stamped out the ability to create hybrids. I mean, I can’t really blame them. They’re a complete and total mess but they’re still a fun mess.

So how do you create a hybrid Sim yourself? There’s really no tried and true formula for it. The best way is to just keep mixing occults with each other and breed any hybrids you get with more occults and hybrids. It’s really a trial and error process. Experiment and see what happens! Just be warned that your hybrids will be messy and glitchy. If you’re okay with that, then carry on!

If you want Vivienne Faye to play with, she’s in my Gallery under the ID SnarkyWitch.