In front of me is an empty 50×50 lot. The challenge is to build a farm. Should be pretty straight forward, right?

Well, for me this will be a challenge. I want to push myself to build out of my comfort zone and use build mode tools that I usually try and avoid. Usually I lean towards smaller builds on smaller lots in game. I’ve always loved making cute, cosy and modern style homes for my Sims. I’ve never been able to build on a larger lot and be happy with it. There always seems to be something missing, but I never know what that is.

I’ve had an idea of what I want the finish build to look like in my mind. If the actual thing will look anything like that, I don’t know at this point. What I do know is that I want to use terrain manipulation (that I’m terrible with) and also use the new water tool to help bring this farm to life.

I’m going to use this post to share my journey in creating this build, as well as sharing my building process. I also want to use it as a bit of a reflection on how I think it went.

With an empty lot ahead. It’s time to begin 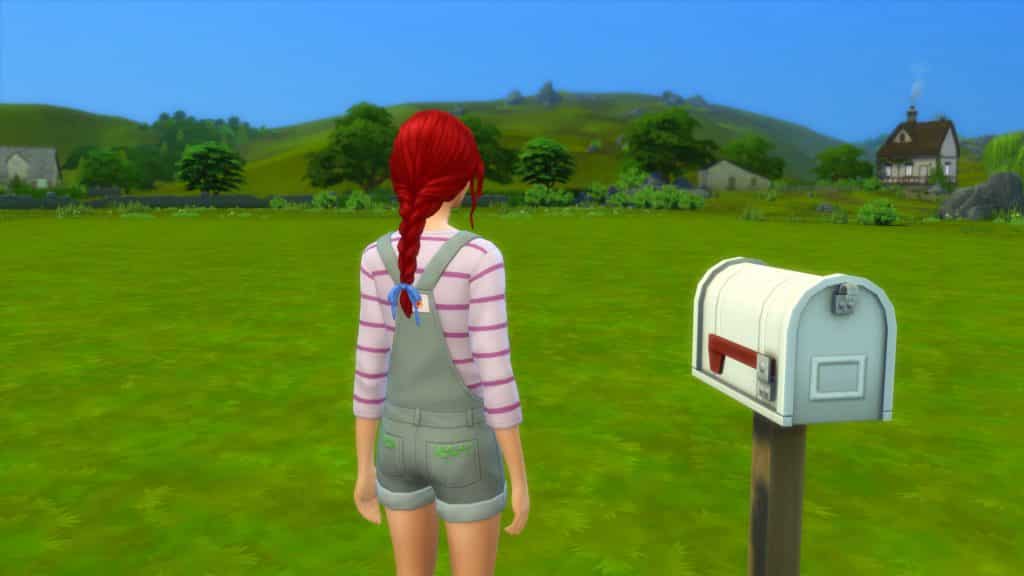 The first step was to play around with terrain manipulation and create an area where the farm house was going to be. After toying around with different ideas. I did get completely side tracked, at one point, but after messing around for a little I finally settled on what I felt was good and would work.

I then moved onto the shell of the farm house itself. I found this kind of hard, as I knew what I had in mind, but trying to replicate that in game just wasn’t happening. After some trial and error, I finally had a shell I was happy with. Not too big, but not too small. Perfect for a small family. 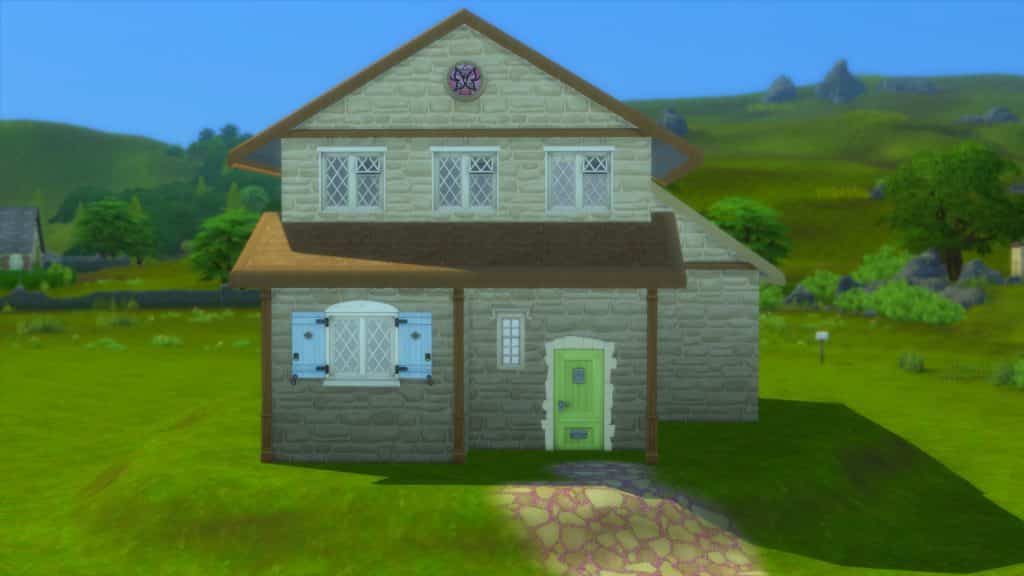 It’s nowhere near finished, but it’s a step in the right direction. The next step was to lay out some of the outdoor objects, as well as starting the pond. I wanted to save furnishing the farm house for a later on.

Despite my worries about creating a pond and how I wanted to look, it slowly started to come together. I have to admit, I love the little area by the tree. It’s just so adorable. I also couldn’t resist adding the toadstool seat for Sims to sit on. 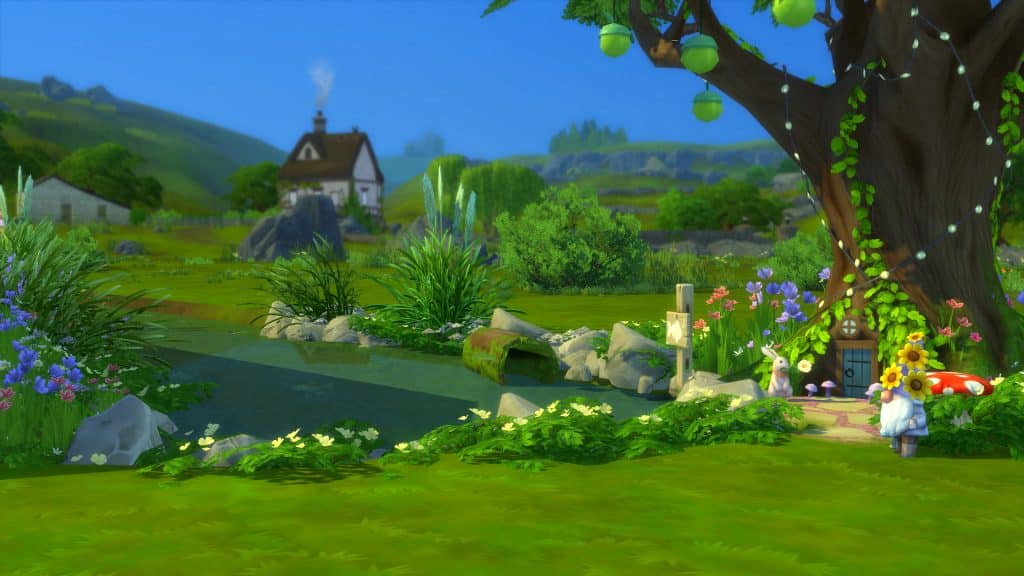 After experimenting with decorating the pond. I started to layout where I wanted the Animal Sheds and Chicken Coops. At this point, I felt somewhat overwhelmed with the sheer amount of space I still had left to fill. While I had ideas as to how to fill them, at this point it felt like it was going to be a lot more challenging than I initially anticipated. 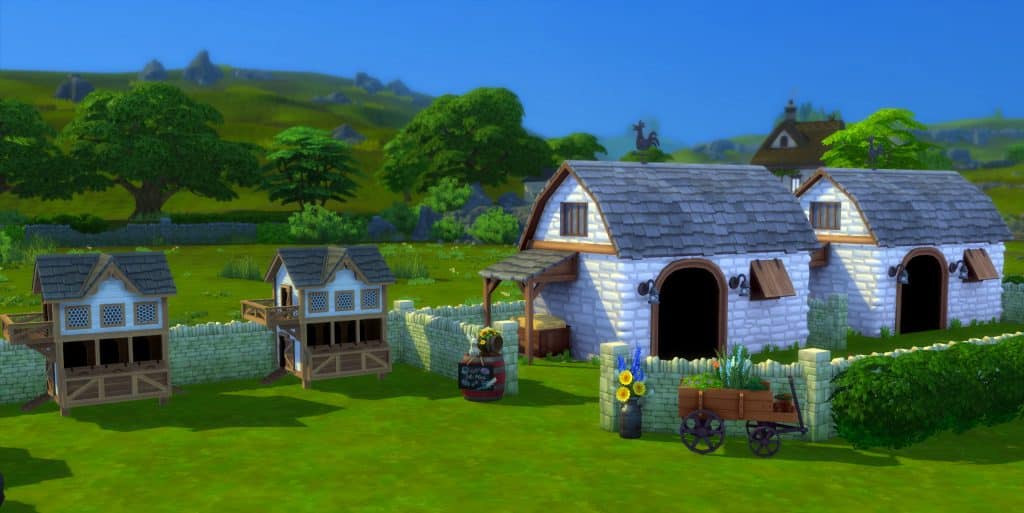 With the rough layout of part of the outdoor space done, I turned my attention to the farm house its self.

One thing that I absolutely hate about building is placing windows. No matter what I do, they never look right, or I feel that there’s just far too many. This has been something that’s been a challenge for me in every The Sims game, although I eventually find something that works out for each build.

On to the layout. This was in fact the easiest past of this build so far. Everything just clicked together perfectly. After the initial placement of all the walls, I made a few small tweaks to ensure that each room had adequate space.

With the layout now complete. It was time to start furnishing the farm house. My aim was to use items from Cottage Living, Cats & Dogs, Country Kitchen and Laundry Day to help keep the rustic feel as much as possible.

I took a moment to look at how much the build cost, and I was sat at just under $25,000. Slightly better than I thought, but this is where the real fun begins!

Furnishing the build was pretty straight forward and lots of fun to start with. I used a lot of items from the DEBUG menu as well for more variety and to find more unique objects to use to create the perfect outdoor space. As for the inside of the house, it was also coming together nicely. I was able to keep the rustic theme I was going for running throughout the house. That was until I had a random game crash.

Even though all was not lost, I lost a lot of the progress I had made with furnishing the house its self. I was a little disappointed with myself for not saving as often, but the lesson was learnt. Make sure you save your game often!

I managed to refurnish the downstairs part of the house to almost how it was prior to the crash, which has just left me with the two upstairs bedrooms and bath left to do. 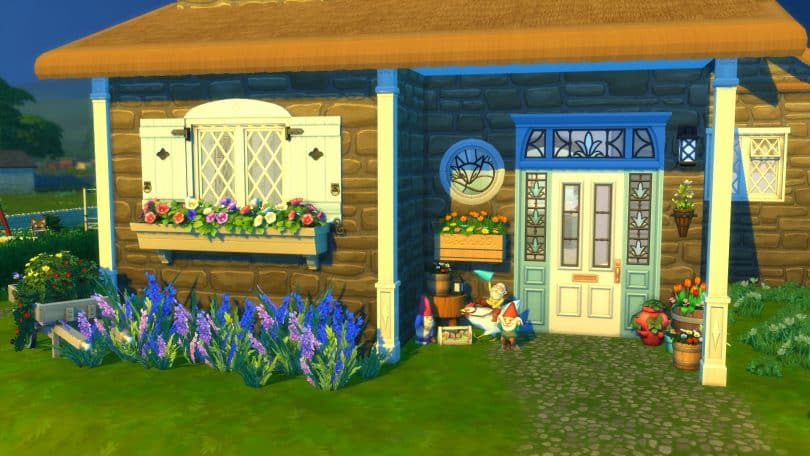 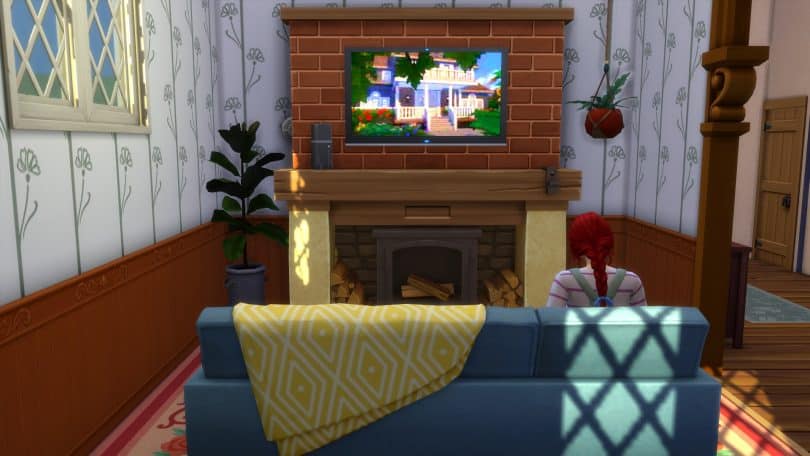 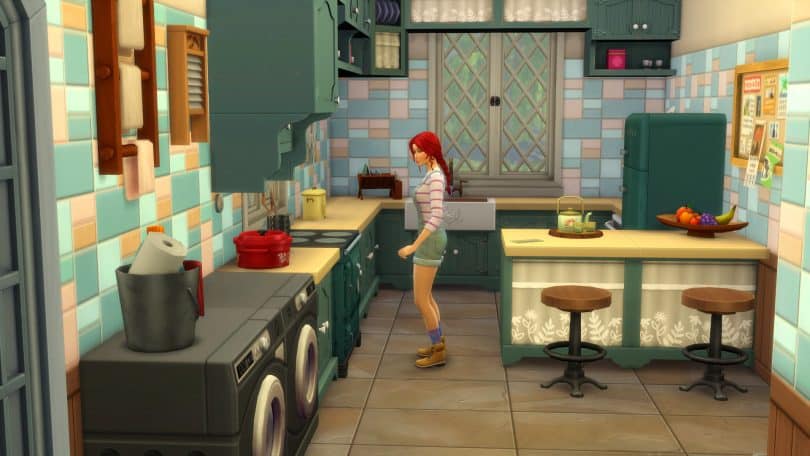 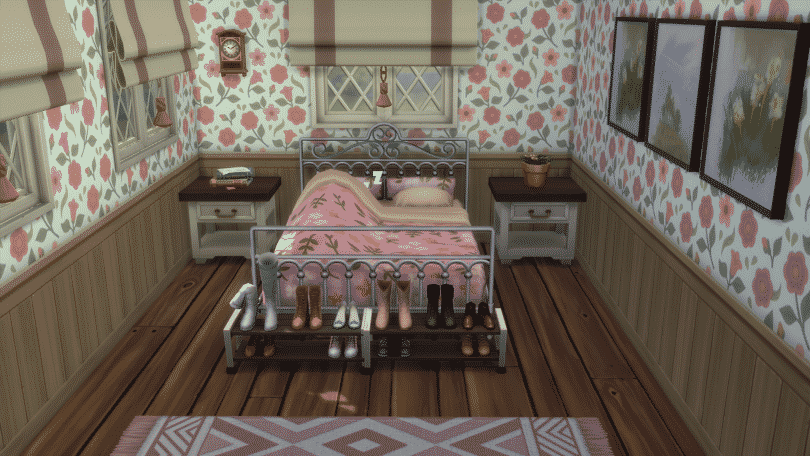 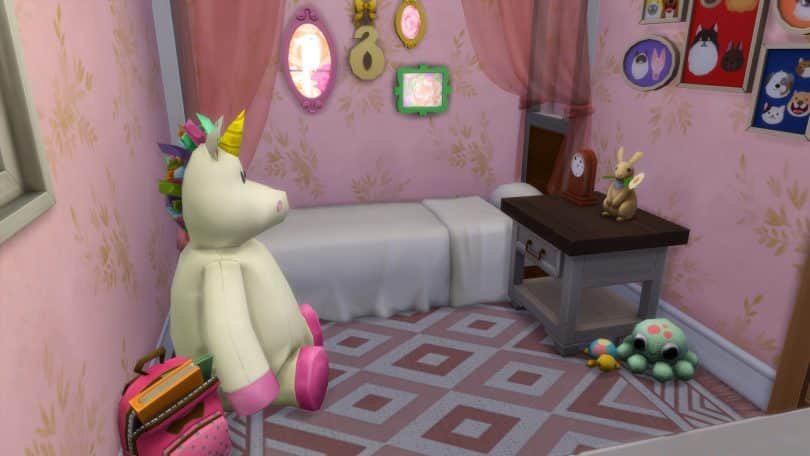 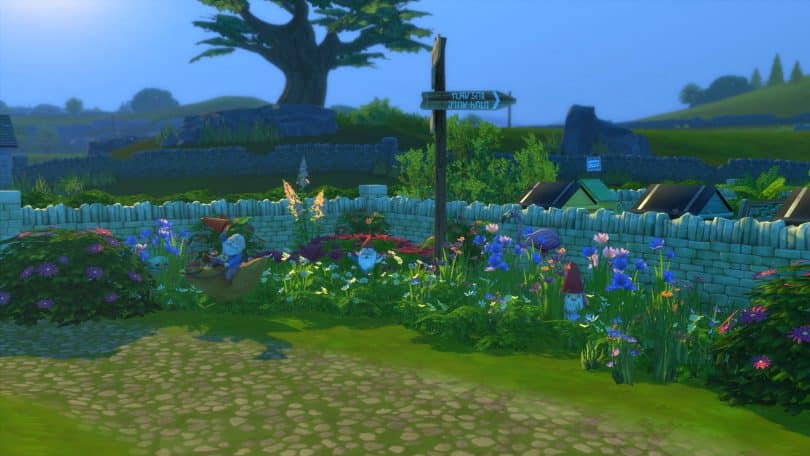 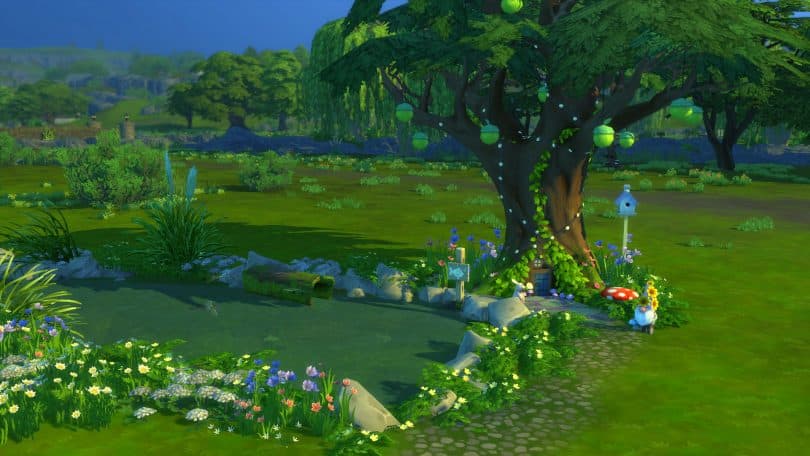 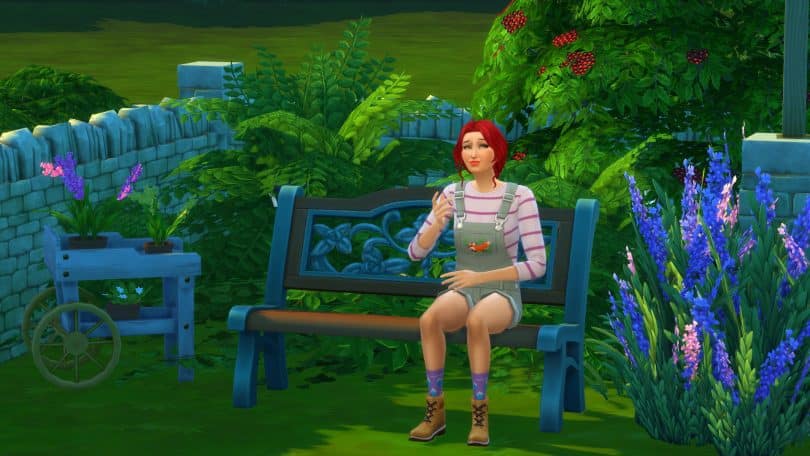 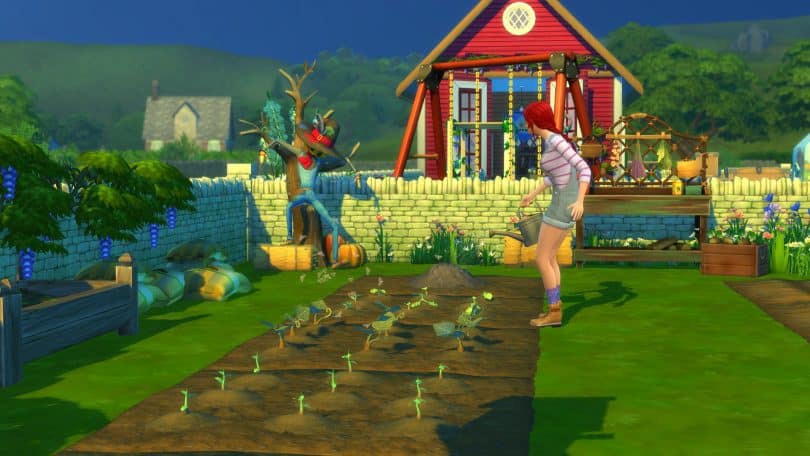 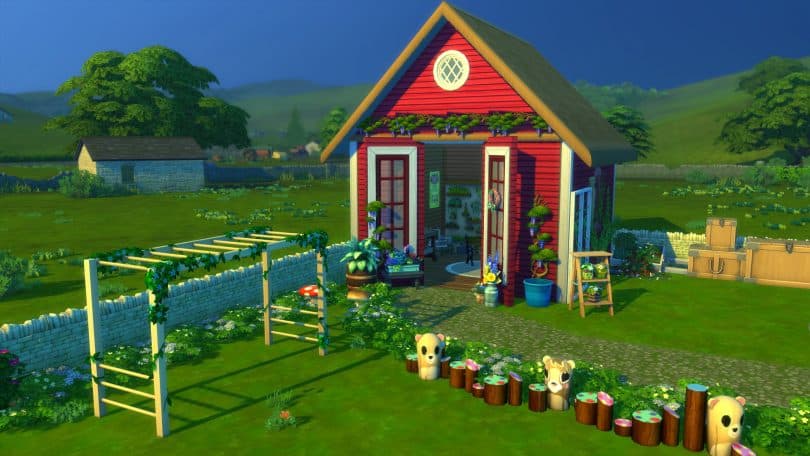 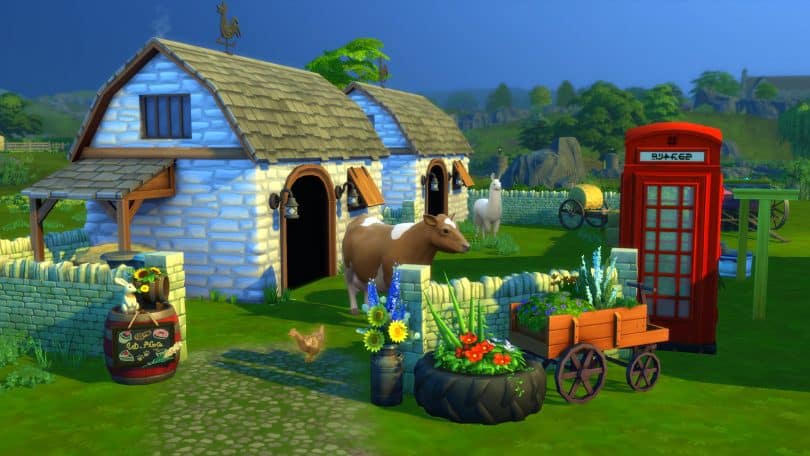 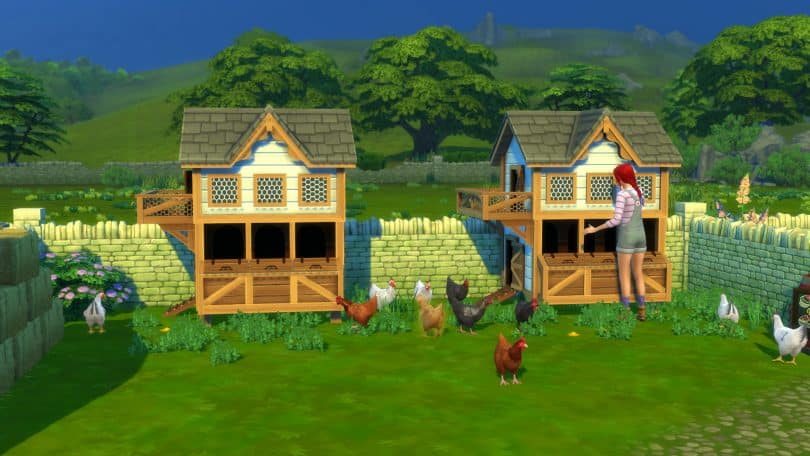 Now that the build was pretty much complete, except for a few small tweaks here and there, I have to say I’m really happy with how it turned out. I really pushed myself to try something different, and it worked. I don’t think I would always be able to build on larger lots. It felt a bit overwhelming and chaotic at times, but I guess that’s all part of the fun.

My favourite part of this build has to be the little gardening area at the front of the lot. I used a lot of DEBUG items to help bring that area to life instead of it feeling pretty empty. As for my least favourite, I would have to say the pond area, simply because I found it hard to decorate it after first starting it and I kept running into a weird clipping issue as well as the odd floating ducks and swans along the way too. I guess you could say I quit while I was ahead while building the pond.

Overall, challenging myself to build something out of my comfort zone was incredibly fun, and it was definitely a challenge.  There are one or two areas I would like to improve a little more or approach differently, but once I’ve tweaked a few smaller bits, I’ll be ready to move my Family in and start their own adventure in Henford-on-Bagley. 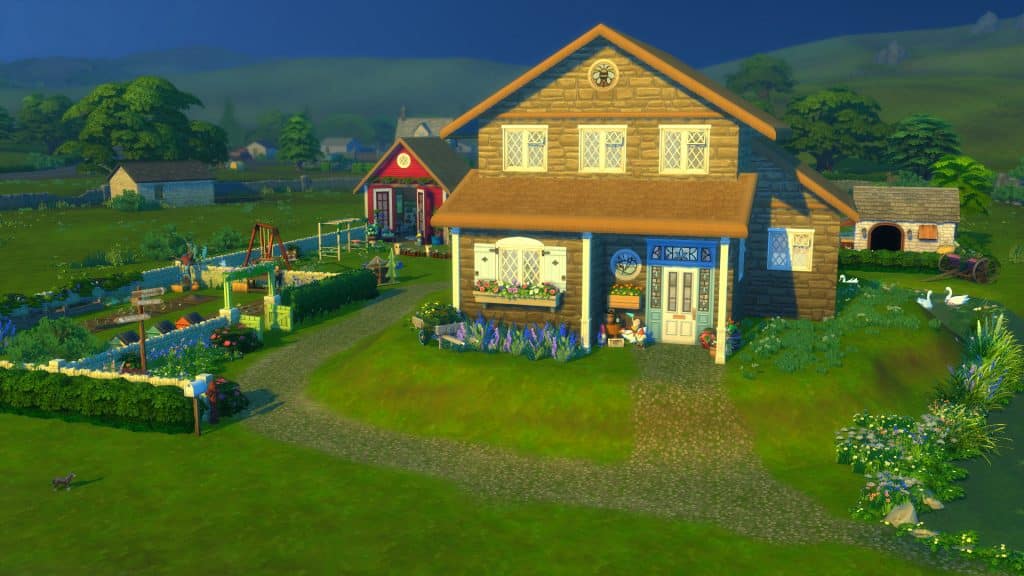 To download this lot in your game, simply search LeeksEverywhere and download the Henford Manor Farm. The lot uses items from across the majority of packs, as well as many Debug items.