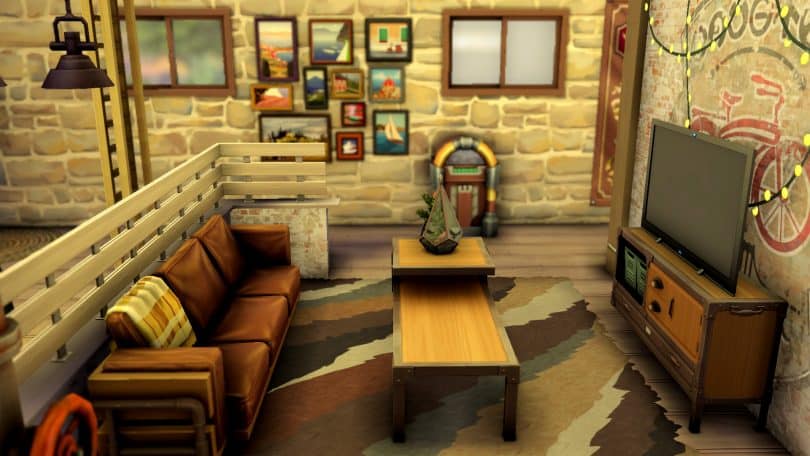 I am really not a fan of industrial-themed anything so my first thought when I heard about the new Industrial Loft Kit was “How can I use these items outside of an industrial setting?” The first thing that came to mind was a converted barn! It seemed like a natural source of inspiration for me, seeing as country cottage stuff and eclectic antiques are my favourite build styles ever.

Luckily, this kit did happen to have a set of large sliding double doors that resembled a barn door so I took that as my initial inspiration and went from there.

I started with what I knew would be the most difficult part of this build; the loft. I wanted the bedroom to be accessible via a ladder that went up to the gap between the first floor ceiling and the roof. It’s doable but a tad tricky because you need to account for head clearance. If you place furniture too close to the slant of the roof, Sims won’t be able to use it. 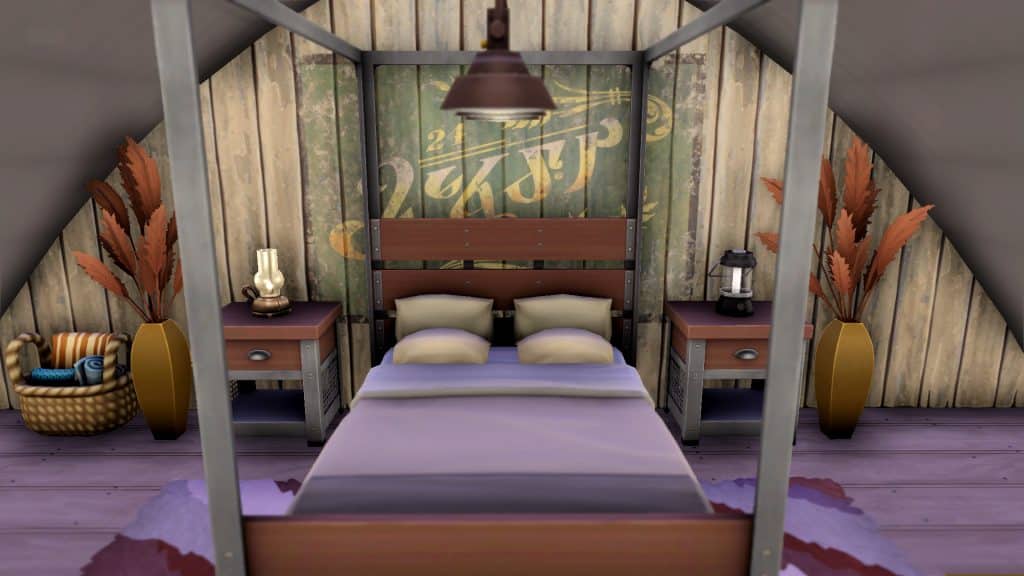 I placed the new double bed directly in the centre of this “attic space.” The tall frame would have looked strange clipping through the roof and there needed to be enough head clearance on both sides of the bed for Sims to get in and out of it. Some more decor, a wardrobe, and a couple build tricks later, I had a finished loft space that didn’t look too shabby.

Then I moved on to the easier portion; the lower level. I knew I wanted the space to be mostly open-concept. I envisioned an old barn that had been completely gutted and reconstructed with new walls, which is reflected in the wall coverings. The original structure uses traditional stone while the newly added walls use an industrial brick. I separated the kitchen and dining area and the living area with a partition wall and tried to keep things airy by using open shelving instead of boxy cabinets.

For the living space, a smaller half wall helped separate the lounge area from the entryway without making the space feel claustrophobic and closed off. Small decorative touches of plants, distressed wall decals, and string lights help make an otherwise grungy place feel cozy and warm.

A small bathroom not only offers a touch of class with a lowered walk-in shower but also helps to provide a space for clothing and shoe storage on its outside wall facing the entryway. 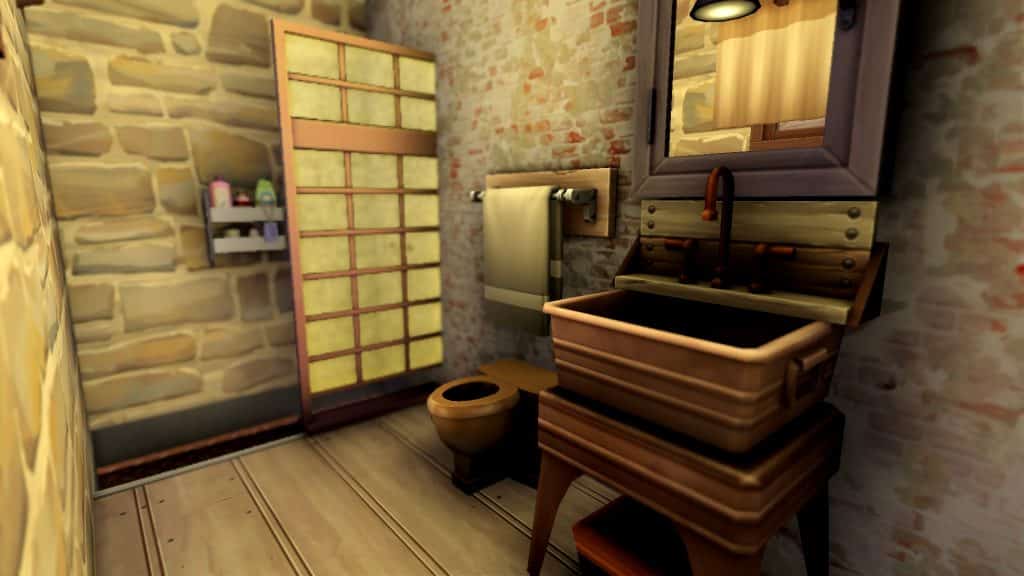 All in all, I’d consider my first attempt at decorating with the new kit a modest success. While I’m not in love with this grungy, gritty style, I like the backstory I gave the space of a barn being renovated into a hip, trendy home. That backstory helped me turn the space into what I envisioned.

What have you done with the new kit so far? Tell us in the comments or come chat with us on social media!