One of the most appealing things about The Sims series is the freedom to play your own way. It’s the ultimate sandbox life simulation, allowing you to live out whatever virtual life you want. For some people, that’s creating lots and lots of exciting drama. For others, it’s escaping to a fantasy world full of magic and monsters. For occult players, the base game sadly won’t have much to peak your interest; it’s your standard run-of-the-mill suburbia simulation devoid of anything fantastical or otherworldly… unless you count ghosts and PlantSims. Both of which are limited in gameplay. You’ll need to expand your collection with DLC packs to get occult-themed gameplay. 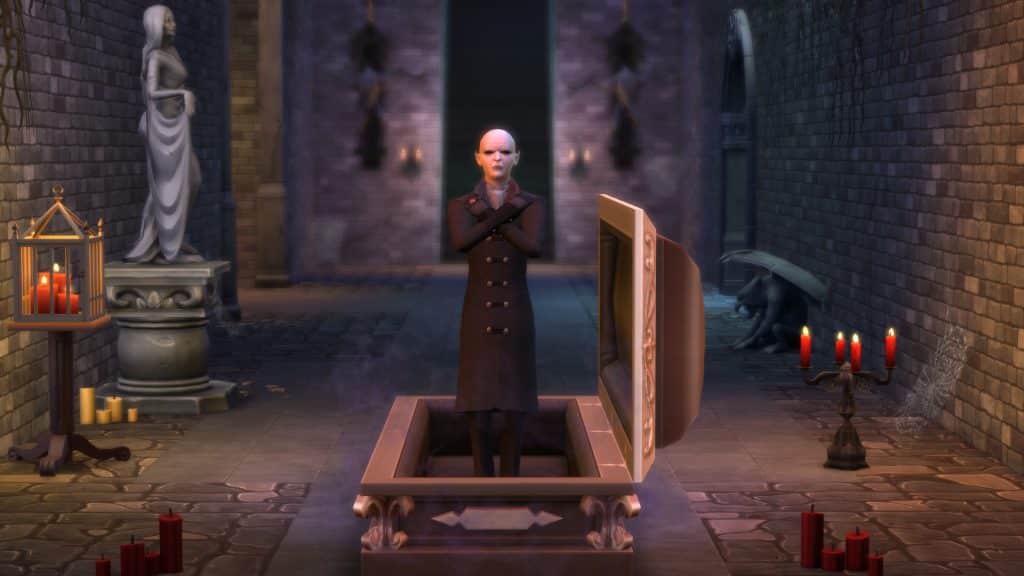 Vampire lovers, this is the pack for you! The Vampires game pack comes with, yup, you guessed it, vampires! These plasma-sucking creatures of the night are immortal and as unique and customisable as you want them to be! With each individual vampire having their own skill tree, no two vampires are exactly alike and possess the same abilities. Some may be monsters completely ruled by their thirst for plasma while others have learned to tame their thirst and live peacefully alongside humans, for example. This kind of flexibility allows you to tell your vampire story the way you want! Recreate that Twilight romance or reject modern vampire love stories in favour of pursuing a more Dracula-like plot. You decide what kind of vampires you want in your virtual world.

Potterheads will love Realm of Magic, which bears a distinct parallel to the Wizarding World of Harry Potter. Create your very own spellcaster and learn spells and potions to make their lives easier… or make the lives of others more difficult, if you’re feeling mischievous. Purchase tomes, brooms, wands, and potion ingredients at Caster’s Alley in the secret Magic Realm, seek out the three Sages for knowledge in the different schools of magic. Master one school of magic or all three. Or reject fancy spellwork in favour of becoming a master of potions. Pass your magical bloodline down to your descendants, creating stronger spellcasters over many generations. If you love witchcraft and magic, this pack is for you. 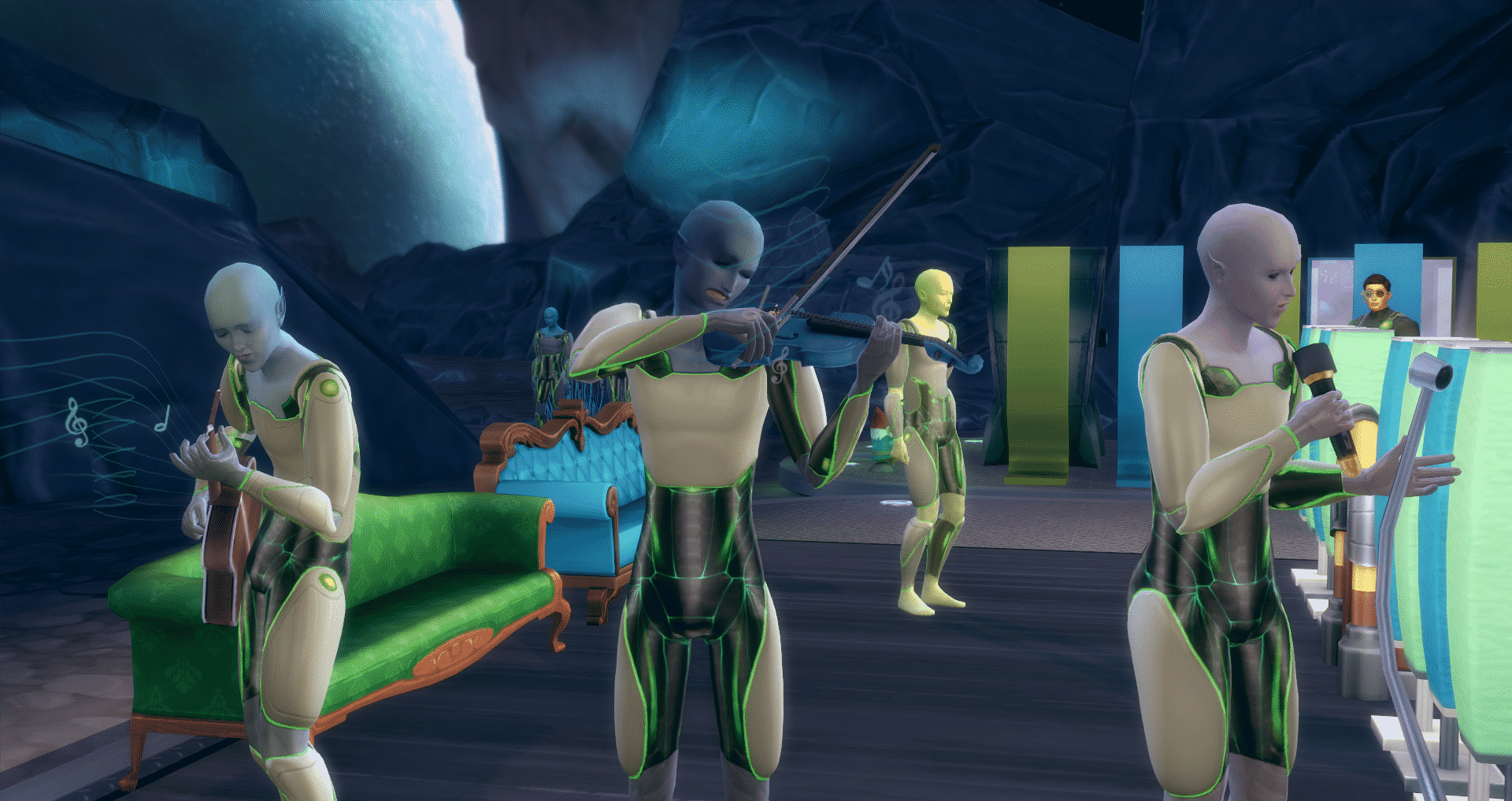 What’s so supernatural about going to work, you ask? Well, let’s just say the truth is out there. Do you want to believe? In aliens, that is! These intergalactic beings from the planet Sixam like to come and visit earth every now and then and if your Sim is a Scientist, they might come face to face with them more often than regular folk. If you own Get To Work, you can create your own aliens in CAS or meet them out in the world. Certain lucky (or unlucky) Sims may even get abducted by aliens in the dead of night and come home with a little space bun in the oven… if you know what we mean. Aliens have an array of abilities, like mind reading, empathy, wiping memories, and being able to revive dead alien collectibles. Oh, and you can visit their home planet. If you want intergalactic Sims, Get To Work has you covered.

If only mermaids could be part of our world. Oh, wait. They can be if you own Island Living! This tropical expansion pack adds mermaids as a new occult type to the game. Create your own mermaids in CAS or discover them out in the new ocean world of Sulani. Mermaids come with a variety of abilities that make them more similar to sirens than Ariel from Disney’s The Little Mermaid. They have the ability to control the emotions of other Sims through their siren’s song, they can summon or disperse thunderstorms at will (if Seasons is installed), they can call dolphins and encourage more fish to show up at fishing spots. They can even lure unsuspecting Sims out into deep waters and drag them under the surface to drown them. They are beautiful, terrifying, and almost limitlessly powerful while they are in water. Mermaids are a lot of fun and you should check them out. 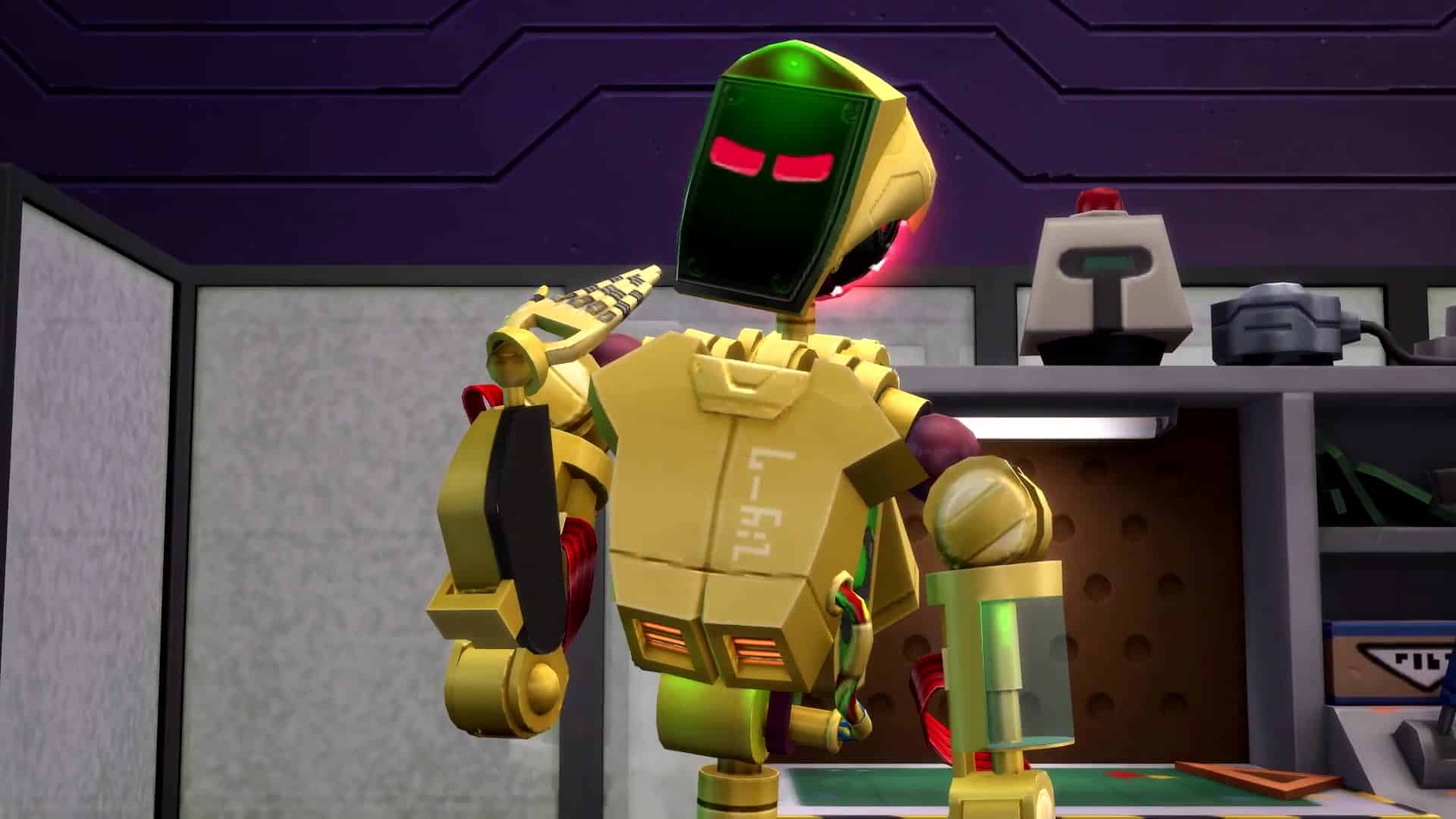 Wait, wait, wait, a university expansion pack comes with occult gameplay? Yup! Sure does! Looking for some sci-fi occult gameplay? You’ll want to pick up Discover University for the addition of servos! Servos are humanoid robots that are fully playable Sims. They can be built at the robotics workstation by Sims skilled in the Robotics skill. Once brought to life, Servos become a playable member of the household and can do almost anything a real Sim can do. Except Try for Baby and anything involving water. Water will cause Servos to break down. Servos can receive upgrades that allow them to autonomously perform different tasks. They can become your handyman, maid, nanny, and even your personal bodyguard! They can also learn to become more efficient over time. If you want to play with robots, pick up Discover University. 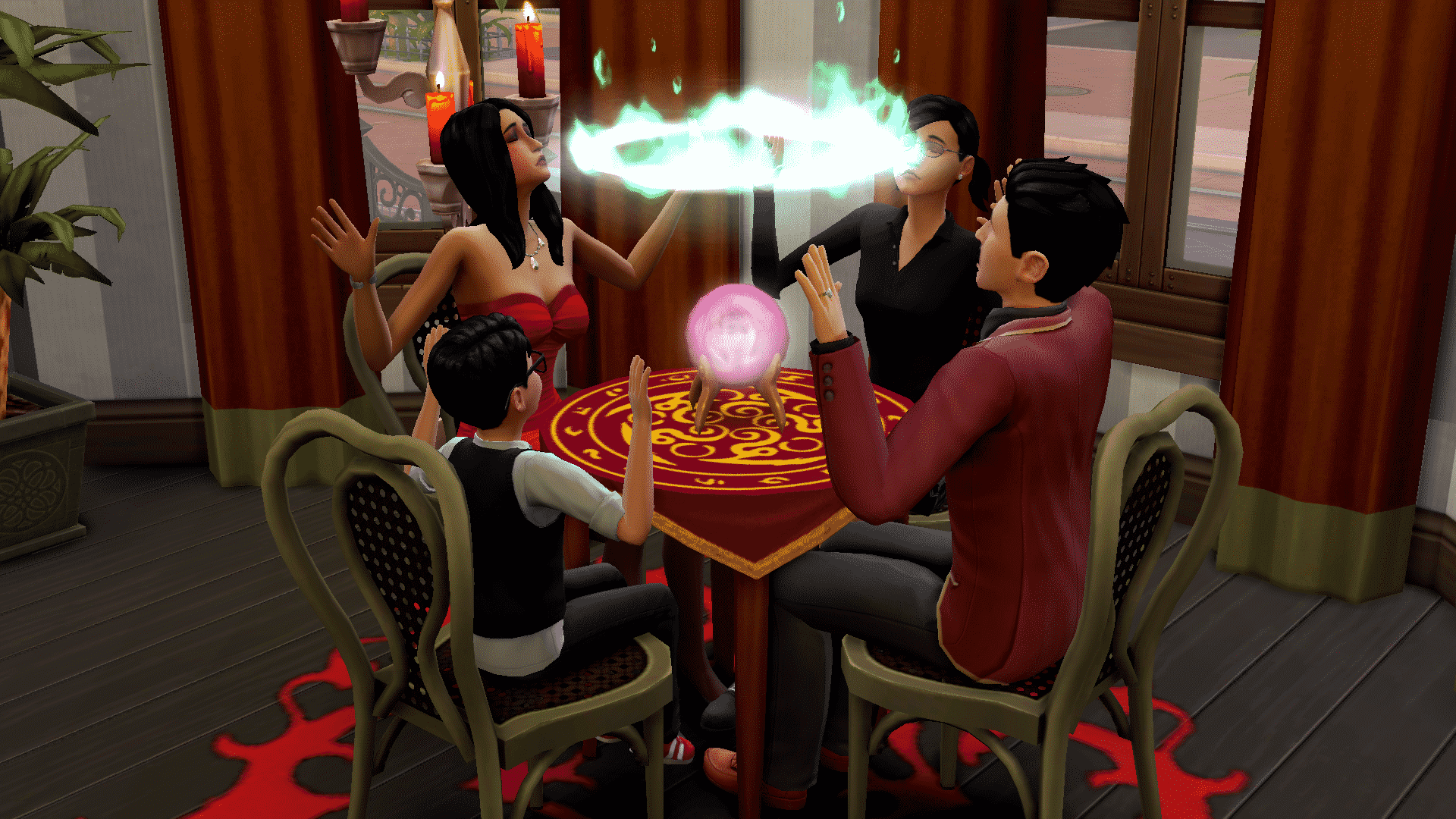 While Paranormal Stuff doesn’t come with a new occult type, it still adds a lot of spooky goodness to your game! Sims can live in haunted houses where playful and mischievous spectres will either bless your Sims with paranormal goodies or unleash misery upon them. Sims can host seances and build the Medium skill. Sims skilled in matters of the paranormal can get a Paranormal Investigator’s license which will allow them to join the Paranormal Investigator freelance career! Visit other Sims’ homes to rid them of pesky spirits and all things that go bump in the night for handsome rewards. If living in a haunted house or becoming a Paranormal Investigator has always been your dream, this is the pack for you! 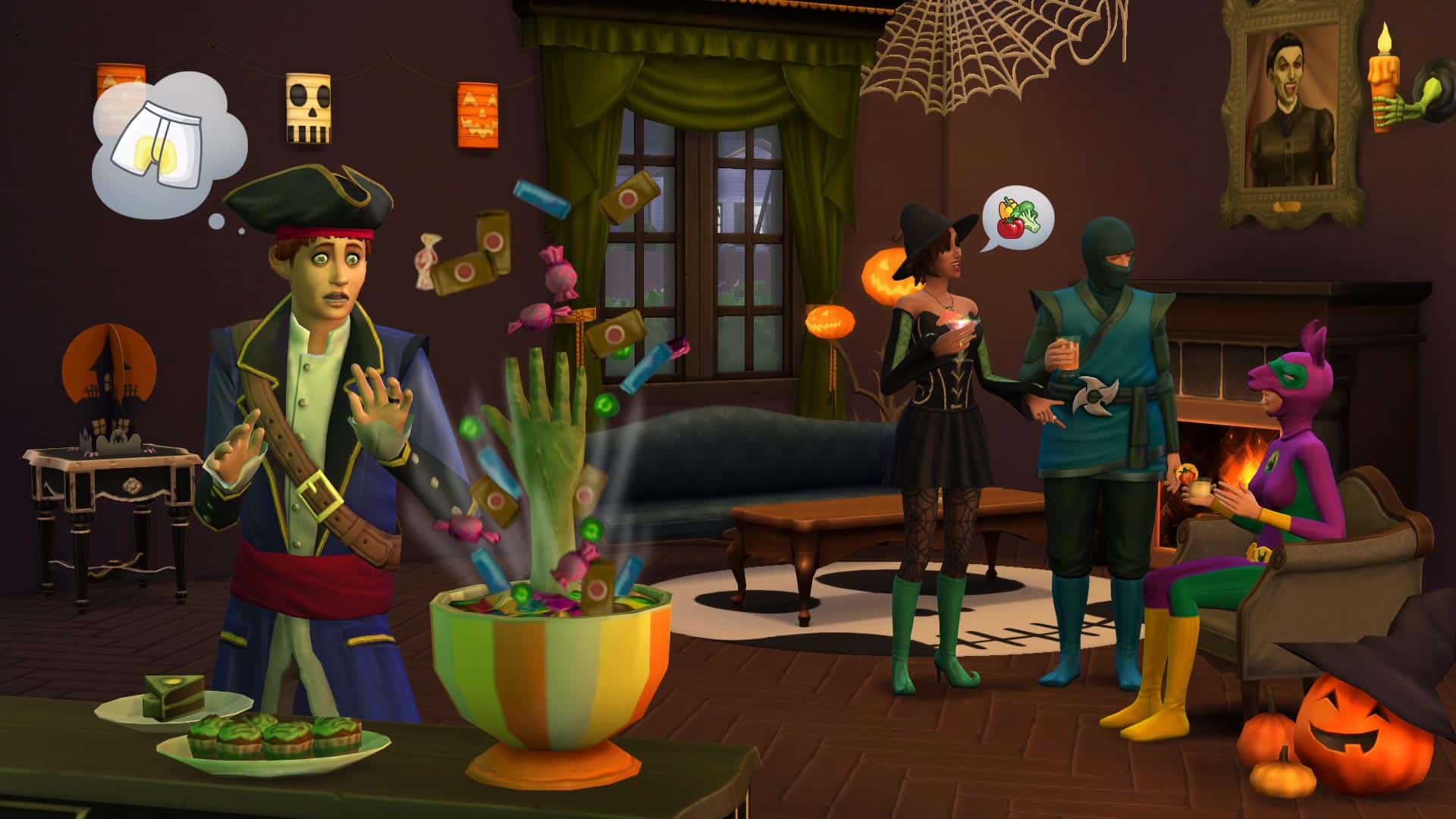 Like Paranormal Stuff, Spooky Stuff does not come with an occult type but it does offer some pretty great décor and costumes to elevate your occult gameplay. Dress your Sims up as witches, pirates, superheroes, gladiators, faeries, zombies, and more. Throw Spooky Parties to impress your friends. Carve pumpkins and get the plumbob scared out of you by a candy bowl that comes with a trick along with a treat and deck out your house with glowing spiders, cauldrons with a ghost light show, fog-emitting gravestones and all manner of other spooky goodies. Oh, and speaking of goodies, you can also make zombie cakes and spooky cookies to serve at your next Spooky Party.

As mentioned at the beginning of this article, the base game does have some occult Sims. Sort of. Ghosts and PlantSims are part of the base game but ghosts aren’t much different from regular Sims and PlantSims are a temporary life state with limited gameplay. I wouldn’t exactly rave about either of them but they’re worth mentioning in case you’d like to explore them. 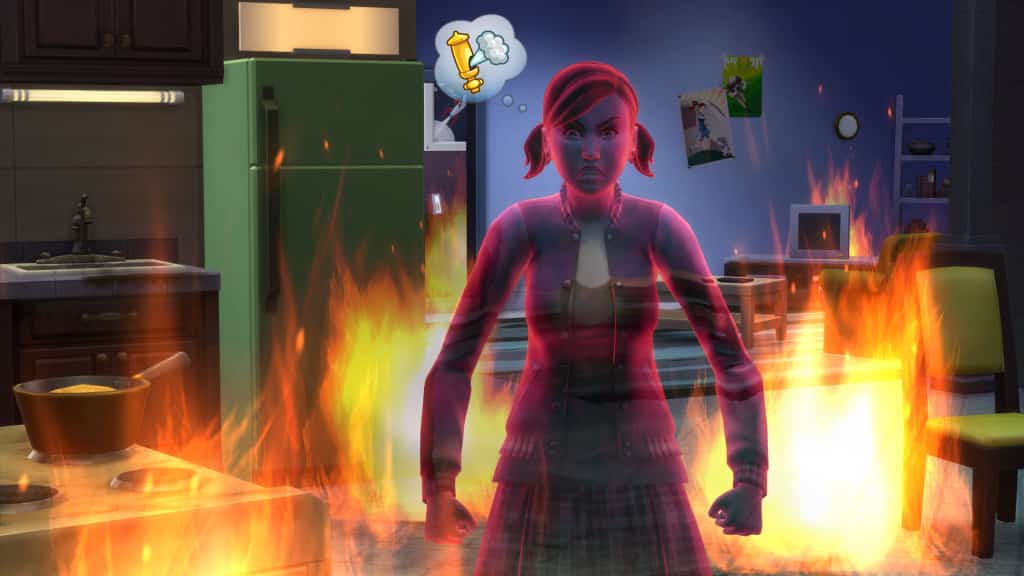 When Sims die, they become ghosts attached to an urn or tombstone on the lot. You can summon the ghost to appear and ask it to join the household after maxing out your relationship with them which will give you a playable ghost. Don’t get too excited, though. Your playable ghost is basically just a transparent Sim. For whatever reason, the game treats them the exact same way as living Sims and so they still need to eat and sleep and shower and… why? They’re dead. What do they need those things for? They do have a handful of amusing ghost-like interactions like possessing objects and scaring Sims but these interactions get old fast. That’s basically it for ghosts. When you inevitably get tired of them, click their tombstone to release them to the netherworld, never to be seen again. 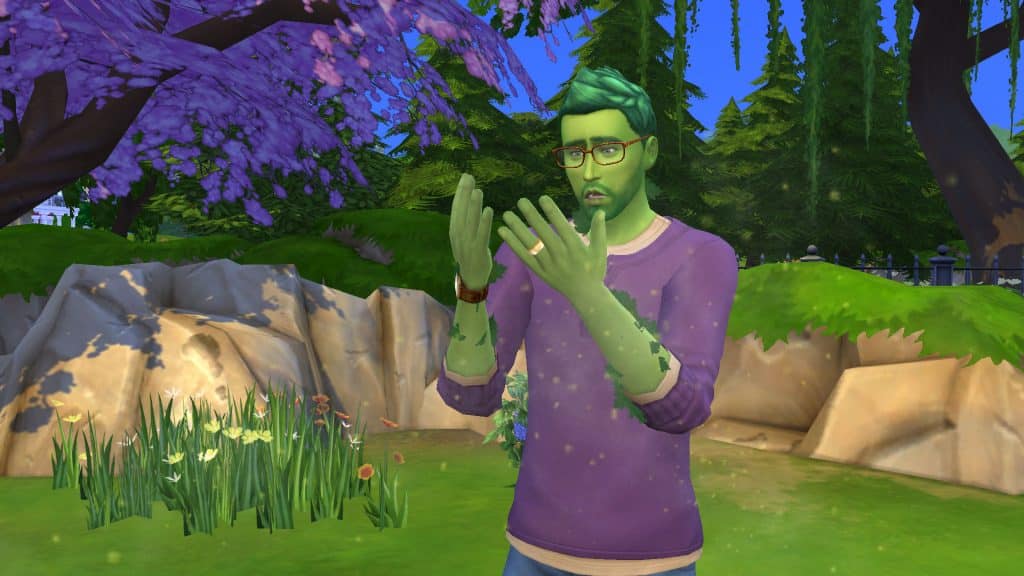 PlantSims were added in a free update a few years back for a limited-time event challenge. Sims would have to collect magic beans to fill up a stump, then water the stump to sprout a big tree. They could then explore the tree to find the Forbidden Fruit of the PlantSim. The fruit could be eaten or planted to grow into a tree that produces more forbidden fruit. Eating the forbidden fruit would temporarily turn your Sim into a PlantSim for about 5 days. The journey to become a PlantSim is more interesting than being a PlantSim. PlantSims have a water motive instead of a bladder motive and they can replenish their Hunger motive with sunlight or by absorbing solar energy from plants. They can also talk to plants to fill their Social motive which isn’t any different from a Sim skilled in Gardening.

You can still become a PlantSim even though the event is over. The magic beans required for the stump can be acquired from rare seed packets, which unlock at level 10 of the Gardening skill. The stump can be found in Outdoor Activities in Build/Buy.

Do I recommend bothering with ghosts and PlantSims? Not really, but hey they’re in the base game so you might as well check them out sometime.