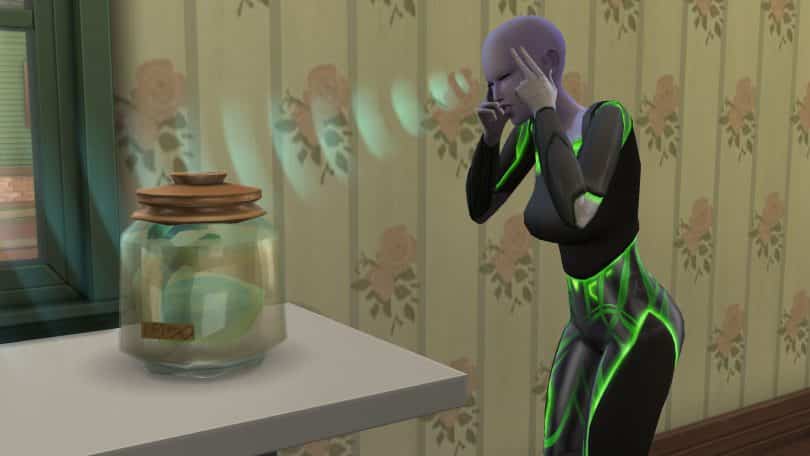 Aliens have been around in The Sims 4 for quite a while now. They were introduced in the very first expansion pack released for the game, Get To Work. While later occults have put aliens to shame in the level of detail and gameplay they have, aliens do still have a few tricks up their sleeves that many players might not know about.

Here are four lesser known facts about aliens in The Sims 4!

If you’re trying to complete the base game space alien collection, having an alien Sim in your household can come in handy. There are a total of 10 space aliens; 5 live aliens in a terrarium and 5 dead ones in a jar. Each alien in the collection has a live and a dead version. If you have duplicate dead aliens in a jar but are missing the live version of that alien, your alien Sim can bring one of the dead ones back to life for you!

Just click on the jar with your alien Sim active and select Revive. Your alien will direct some psychic rays from their minds towards the dead alien and POOF! Your dead space alien is now a live space alien! Pretty cool, right?

There Are Hybrid Aliens! Well… Sort Of

With most occult and human pairings, the resulting offspring has a 50/50 chance of being either a human or the occult type of their other parent. You might assume this is the case for aliens as well, but not so! When an alien Sim and a human Sim have a baby together, the baby will never be an alien. They will always be human; however, they will be born with an alien skin tone. This is evident by the lack of alien bassinet or alien clothes on the baby when they are born. They also won’t have the signature alien baby echo-y cry.

Previously, “hybrid” aliens had a few limited alien interactions with aliens but like many other happy accidents in this game, the devs decided to “fix” this in an update rather than any real glitches that are actually annoying. So your human Sims with alien skin tones used to be kind of cool and hybrid-like. Now they’re just humans with alien skin tones. Thanks for “fixing” that, EA…

Aliens Have A Secret Handshake

Aliens have a special handshake that they can only do with other aliens. The secret handshake interaction can be found under the Friendly social category. Your aliens will do an amusing little hand gesture that involves waving their palms in a circular motion and then touching the tips of their fingers with a funny little sound effect.

The handshake doesn’t have any kind of effect on the Sims but it will build friendship between the aliens like any other Friendly social. It’s also a fun little animation to watch. I definitely recommend seeing it for yourself at least once just for the novelty of it.

How to Spot an Alien in Disguise 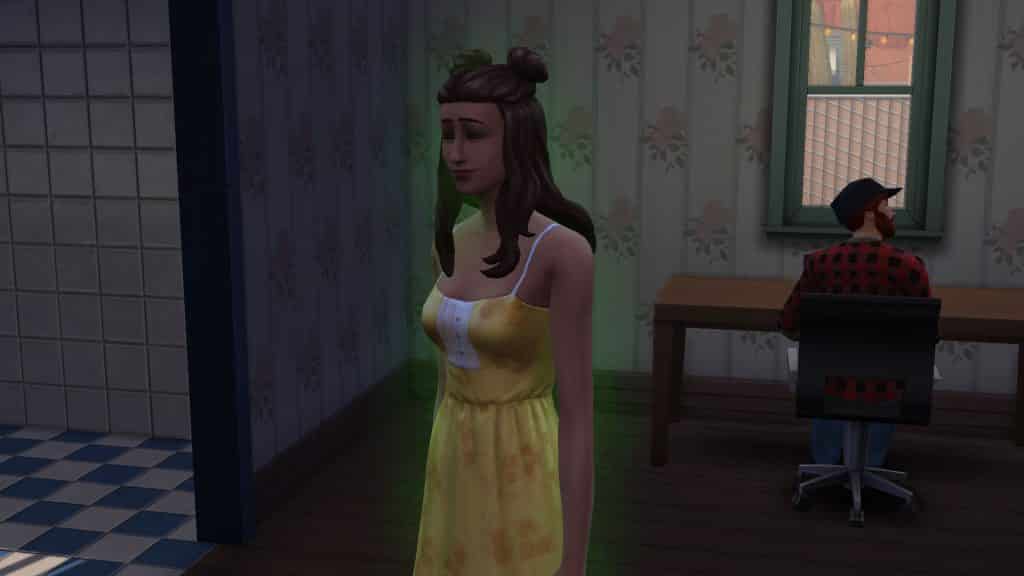 This alien is wearing a human disguise but still glowing green from being Very Happy.

Aliens have human disguises to avoid being detected in public so you could be chatting up an alien at the bar and not even know! They look just like a human! However, these human disguises aren’t infallible; there is one tell-tale giveaway that aliens will sometimes display even while in their human disguise.

So next time you’re at the nightclub flirting with a cute Sim and all of a sudden, they start glowing pink… you’ll know you’ve caught an alien red-handed!

What other facts about aliens do you find interesting? Let us know in the comments or come chat with us on social media!