In case things go wrong in the release week, Carl will have you covered!

ARTICLE UPDATE: Now that The Sims 4 My Wedding Stories Game Pack is out, Carl was able to see if there are any changes within the game. Suffice to say that his Mod will still be a welcome addition if you want your Sims to listen to you when giving them certain Wedding activities.

The mod included lets you prioritize Wedding interactions. More below:

Right now Sims get stuck in conversation and will not do as they are told. Gathering for toasts does nothing for me. Even if I can get Sims to gather around, the others are busy doing other things and not paying attention.

This mod fixes this by forcibly telling the Sims what to do. It compels them to gather for toasts or around the dance floor for first dance. It cancels things that get in the way, making them respond quickly to your commands and cuts down chatter before the wedding.

This is about all this pack needed to improve the flow of weddings, though they are still fairly shallow events on their own. I have not reviewed the pack in its final state, but if you jump in for the world you may enjoy having this to help the Sims do as they’re told.

I have tried to make this as compatible as I can. It only uses 2 xml files from the pack and does everything else through scripting. Other modders will make neat wedding features and fixes and I want the majority to be compatible. Please download both files and ENSURE SCRIPT MODS are turned on in game settings > other.

Mod downloads are on the bottom of the Patreon linked below – free access for everyone.

A couple of weeks ago we created our first article on Carl’s Gameplay Overhaul Mod for The Sims 4. The mod is a complete package, including difficulty settings, fixes for Dine Out and even Burglars! There will be more on the Gameplay Overhaul in the coming days in case you’ve been wondering.

However, the latest Early Access software for The Sims 4 My Wedding Stories Game Pack had everyone wondering if there would be any issues for the Pack on the release date. Although the EA themselves have stated that the Early Access version we all got a chance to play with is “Not Final Software” – many players in the community have remained skeptical if Weddings would be fully functional in the time of release. 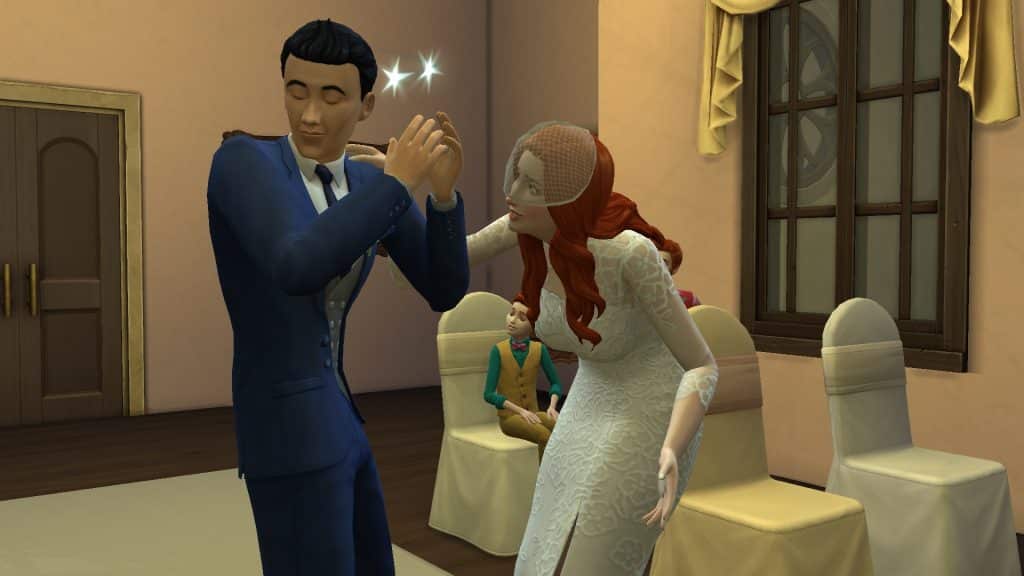 Let’s be honest – the current version of My Wedding Stories that we’ve received is not very stabile. It takes hours to control the guests and make them do the Activities that you’ve selected. Weddings are difficult to plan as the required Sims including Ring Bearer, Officiant and other Sims are difficult to assign. I’ve had an issue not letting me assign Sims with those roles at all, which is why I personally couldn’t cover the entire Wedding Ceremony on video. 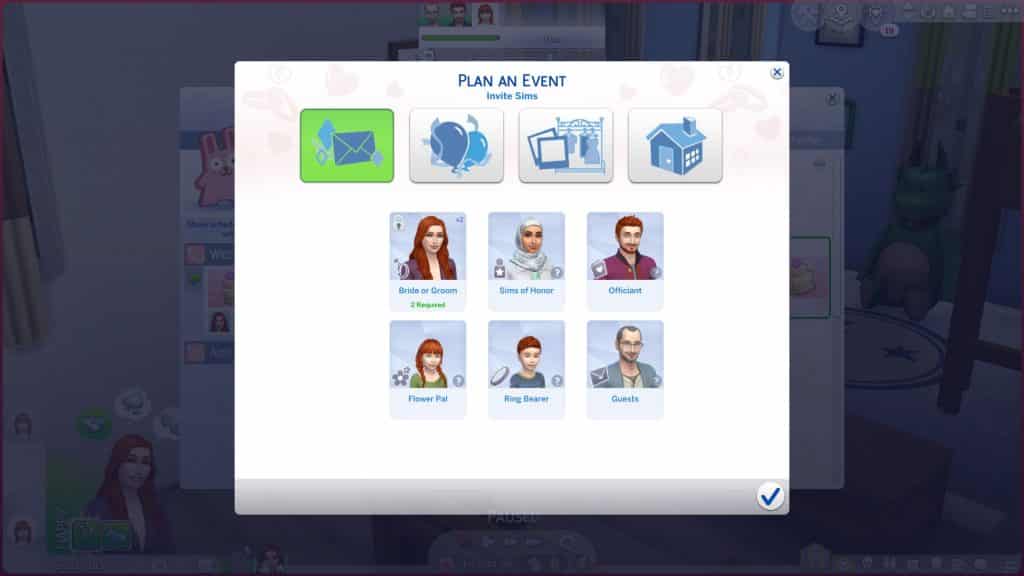 In his latest video Carl has shared what he’s been working on during his hands-on time with My Wedding Stories Early Access.

To ensure Sims are all properly listening to the player at the Wedding, he’s made loads of tweaks in Sim behavior and crowd movement during the Wedding ceremony. All of this allowing you to perform the Wedding Activities that you’ve set for your big day much faster! 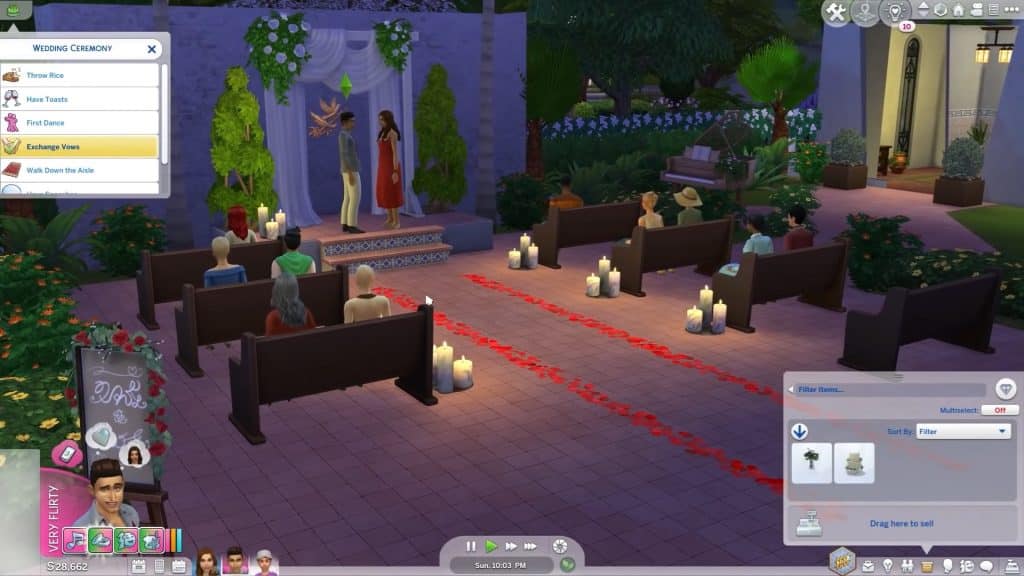 With the modfiications all Sims are properly behaving during the vow exchange!

Worried that your Sims will go astray as you’re performing a toast? The modification will also make sure your Sims are attentive during Toasts. 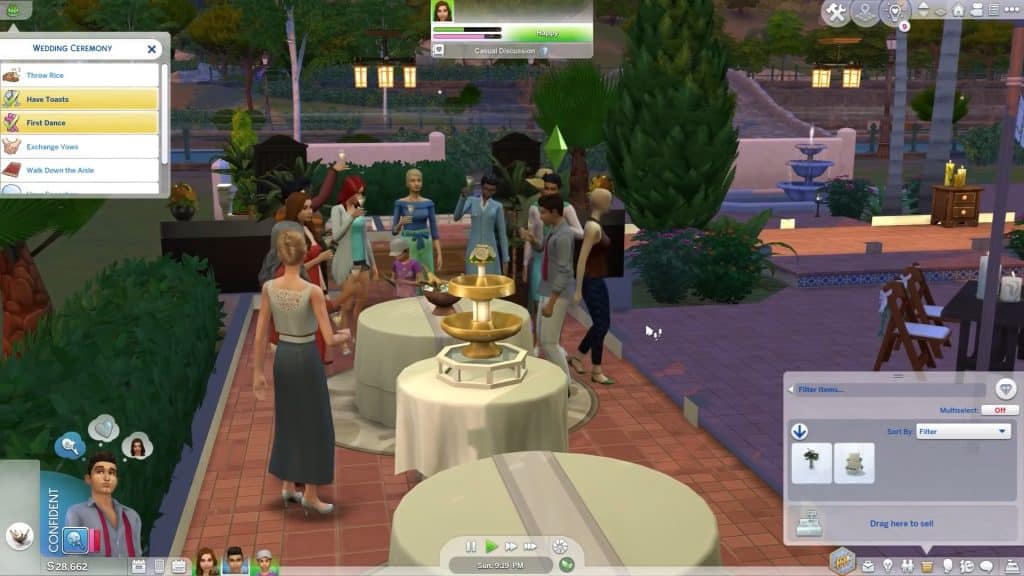 The entire Mod gives Sims a streamlined focus on Wedding Activities that they should be performing normally.

In case things go the other way after the full, official release of The Sims 4 My Wedding Stories, you should expect a fix from Carl to drop soon afterwards.

We’ll keep you posted on all things My Wedding Stories. Stick around!