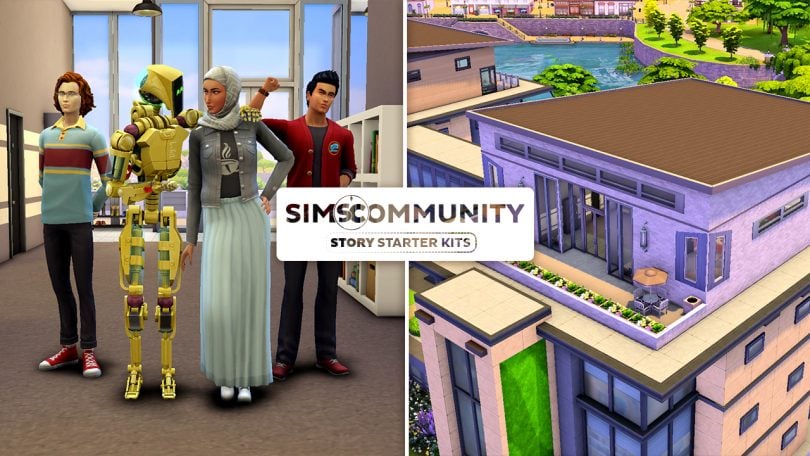 This month, we’re bringing you a mechanical genius, her trusty servo, and her two best friends at the Foxbury Institute. While her pals are both close with her, they also both harbour some romantic feelings for her and her servo sees it as her mission to keep all potential distractions away from her creator.

A Glitch in the Servo 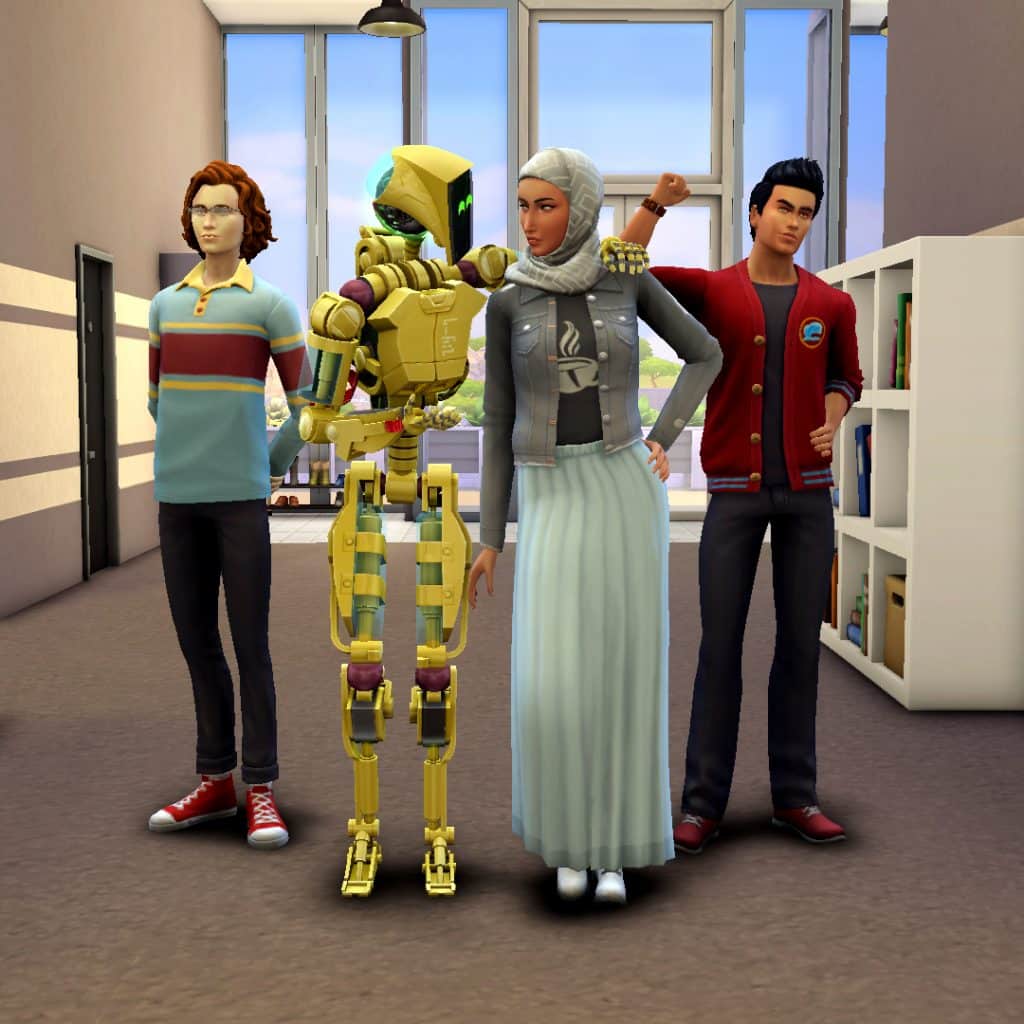 Farah and her two best friends, Ned and Tony, have been inseparable since high school so it was only natural that they all go to the same university together. While Ned and Tony didn’t get along with each other at first coming from different social cliques, Farah brought them together and they eventually became good friends, too. Their number one has always been Farah, though.

In fact, both Ned and Tony have harboured a crush on Farah for a long time. Farah is an outspoken genius with unlimited confidence and a go-get-em attitude. Ned’s attracted to her brains and Tony’s attracted to her confidence. They know how the other feels about her but they both respect their friendship with Farah too much to make a move and jeopardize what they already have with her. They both adore her as her own person and couldn’t imagine not having her in their lives at all. So before they packed their bags for college, Ned and Tony came to the agreement that no matter what happened in college, they’d always put their friendship as a trio first.

That was all well and good… until Farah’s pet project came to life at the end of senior year. Literally. Her latest robotic invention, Calista V.10.87, developed sentience and became a fully functioning humanoid robot with advanced AI capabilities. Excited about her latest achievement which would surely earn her many scholarships, Farah eagerly introduced Calista to Ned and Tony, informing them that Calista would be moving to college with them. At first, Ned and Tony thought Farah’s invention was the coolest thing in the world. But Calista did not think Ned and Tony were cool. At all.

Calista was programmed to be Farah’s bodyguard and protect her from any kind of threat; however, she might take her job a little too seriously. She’s attached herself to Farah and is very jealous of Farah’s close friendship with the boys. Calista is doing everything in her power to push them away so she can have Farah all to herself. The… robot isn’t in love with Farah, too. Is she?

Now Ned and Tony face a choice. Calista’s just a robot; she can only behave the way she was programmed so her extreme behaviour must just be a glitch in her programming. They can destroy the servo but that would crush Farah who spent years working on her. They can tell Farah that Calista’s gone haywire but would Farah even believe them? Calista acts like an angel with Farah. Or maybe they should both come clean about their feelings and let Farah be the judge of how to handle things. But would that destroy their friendship?

This trendy student dorm at the Foxbury Institute offers all the same social benefits of communal living for students while still allowing for privacy. With four private dorm rooms and two separate bathrooms and showers, students will enjoy an authentic and social dorm living experience with both new and old friends while still retaining their privacy. It’s the best of both worlds!

Your Story Starter Kit is waiting for you! Get The Household and The Lot by downloading them from the official Gallery Website linked on the buttons below. Or, follow SnarkyWitch in the Gallery and look for A Glitch in the Servo and Modern Privacy!